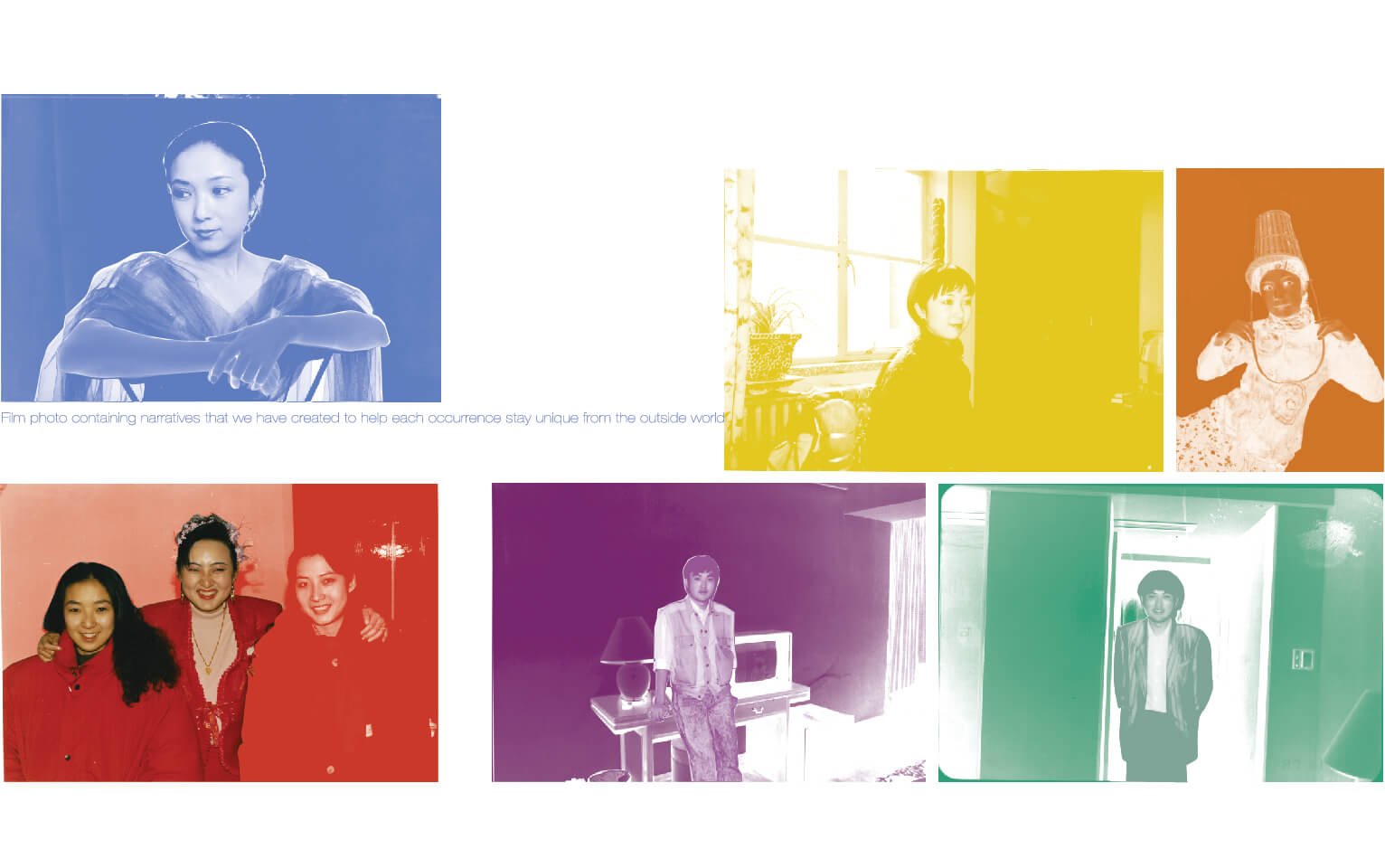 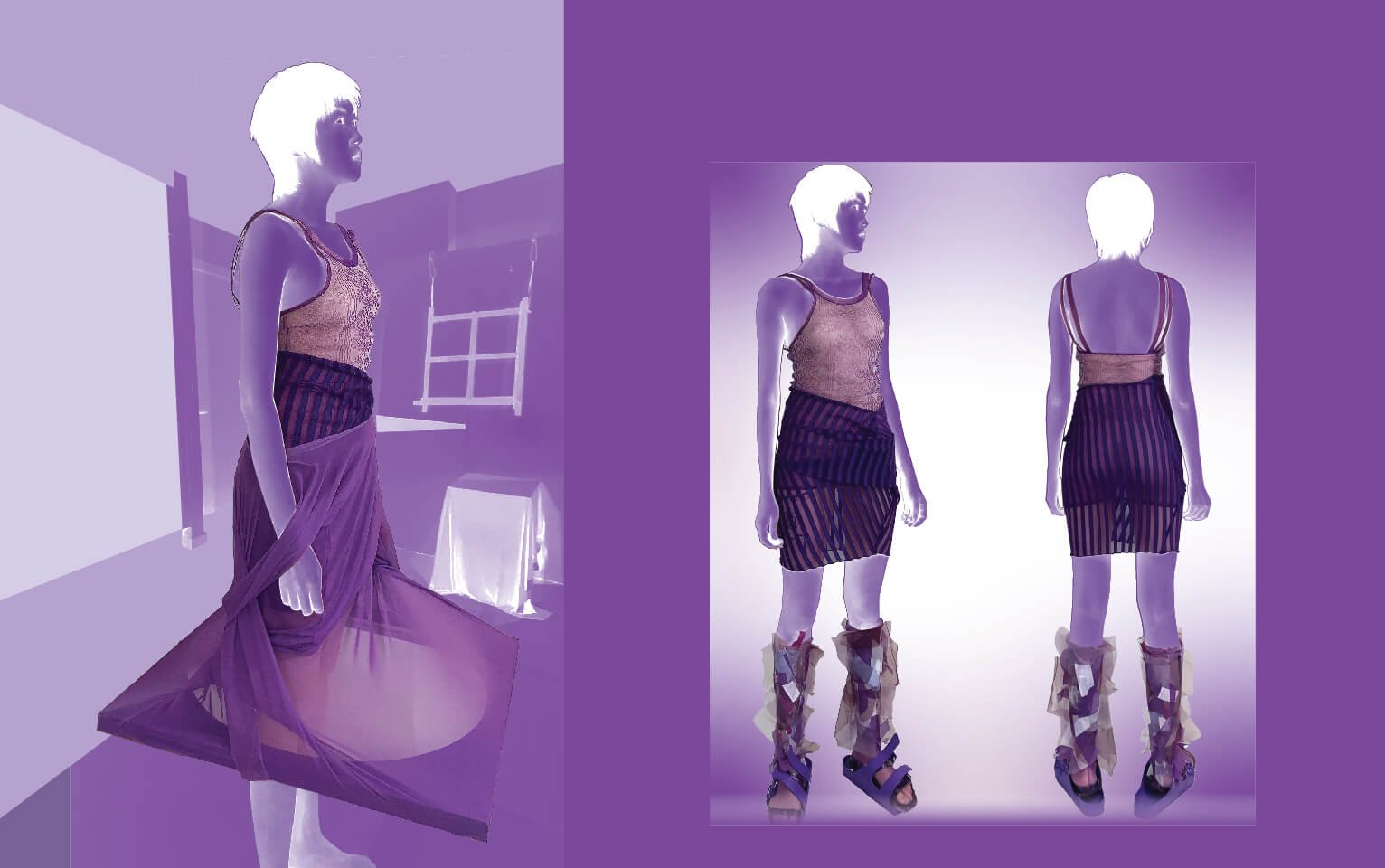 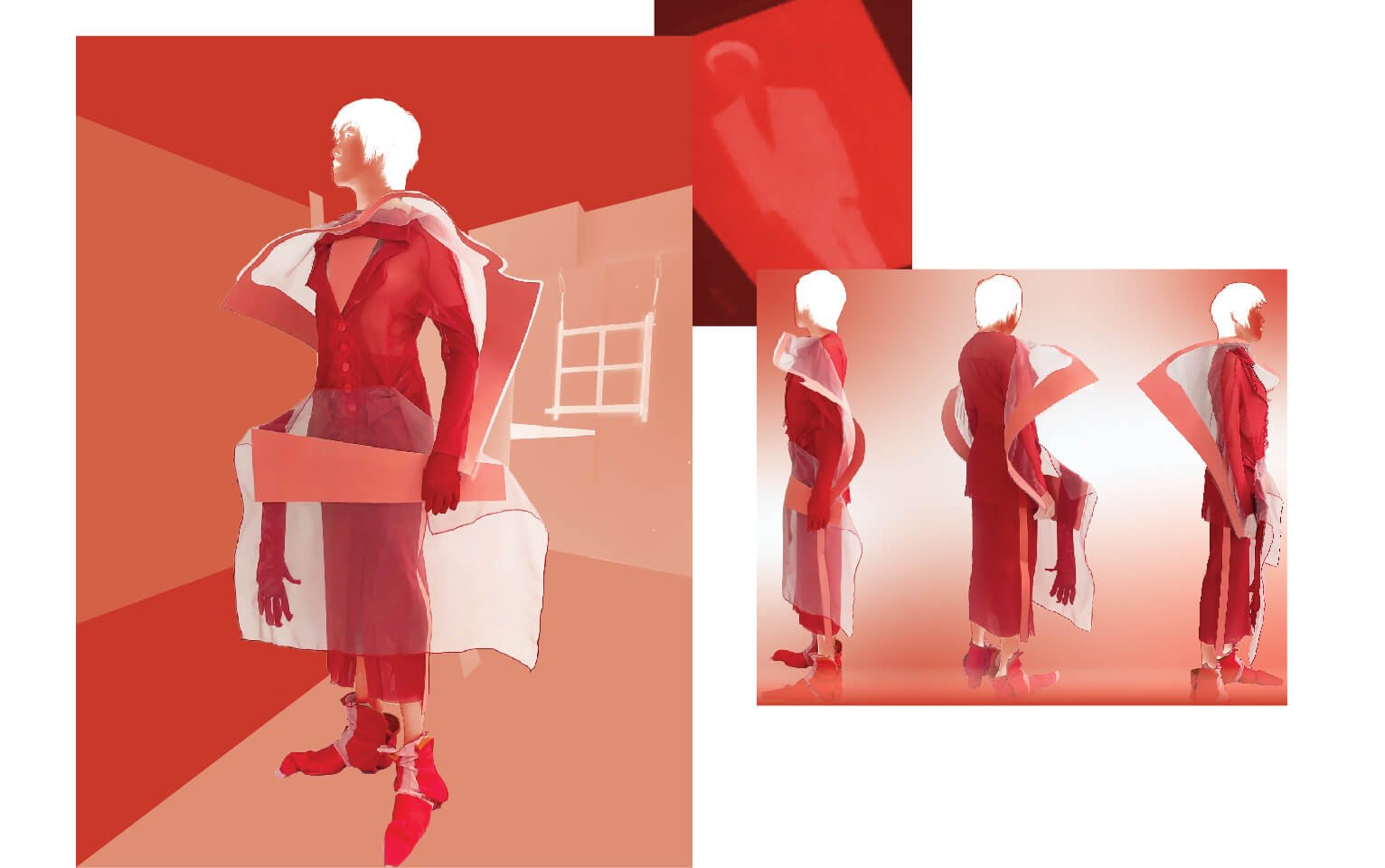 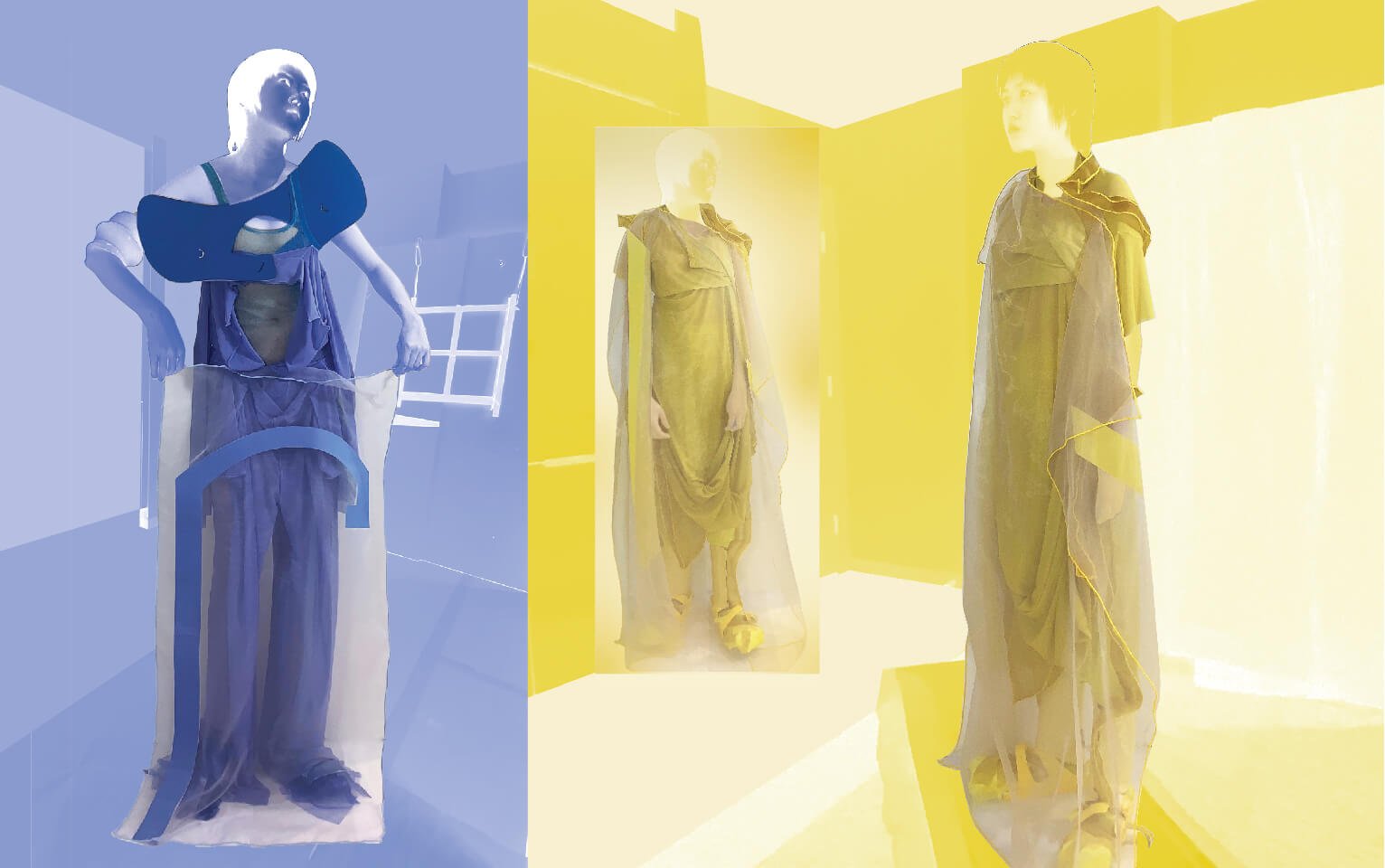 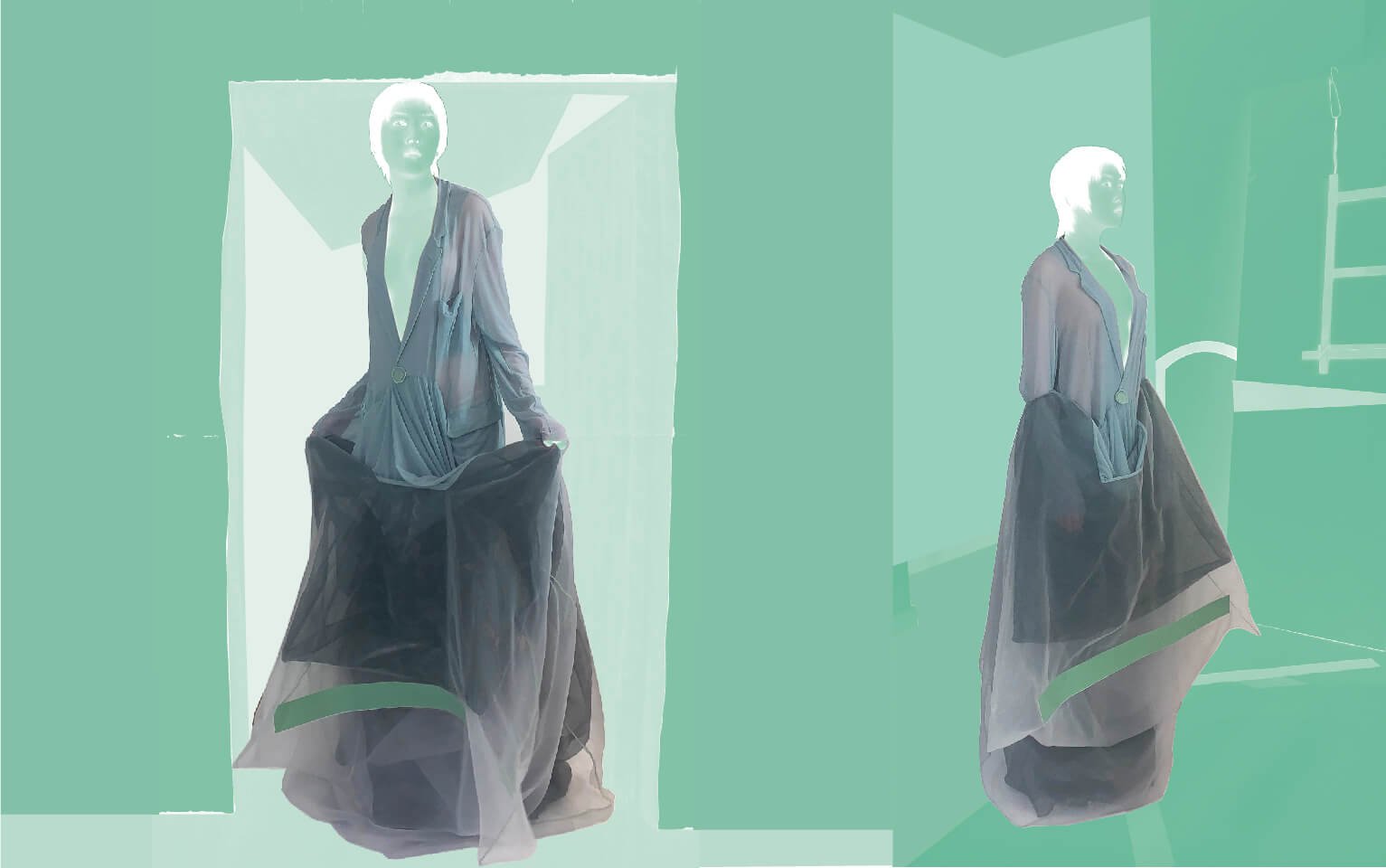 Growing up in a family-run Kodak store in China, Womenswear designer Bihan Lin recalls the importance of creating a personal narrative. Her research, which derives from her own family albums, focuses primarily on the similarity between memories and photo-processing; ‘Imagine processing a film, the image is already there but it only appears afterwards, similar to the way a memory is made and reminisced.’ By draping chiffon, wallpaper and power-mesh onto objects and surroundings to create sculptural shapes, the 26 year old designer has created five monochromatic looks which follow a cohesive narrative and resemble the CMYK colour-chart. Last year, Lin interned at Ports 1961, Nicomede and Tenant of Culture which she says re-established her passion for conceptualism. She described her future endeavours much like her project: a process with an unknown outcome.