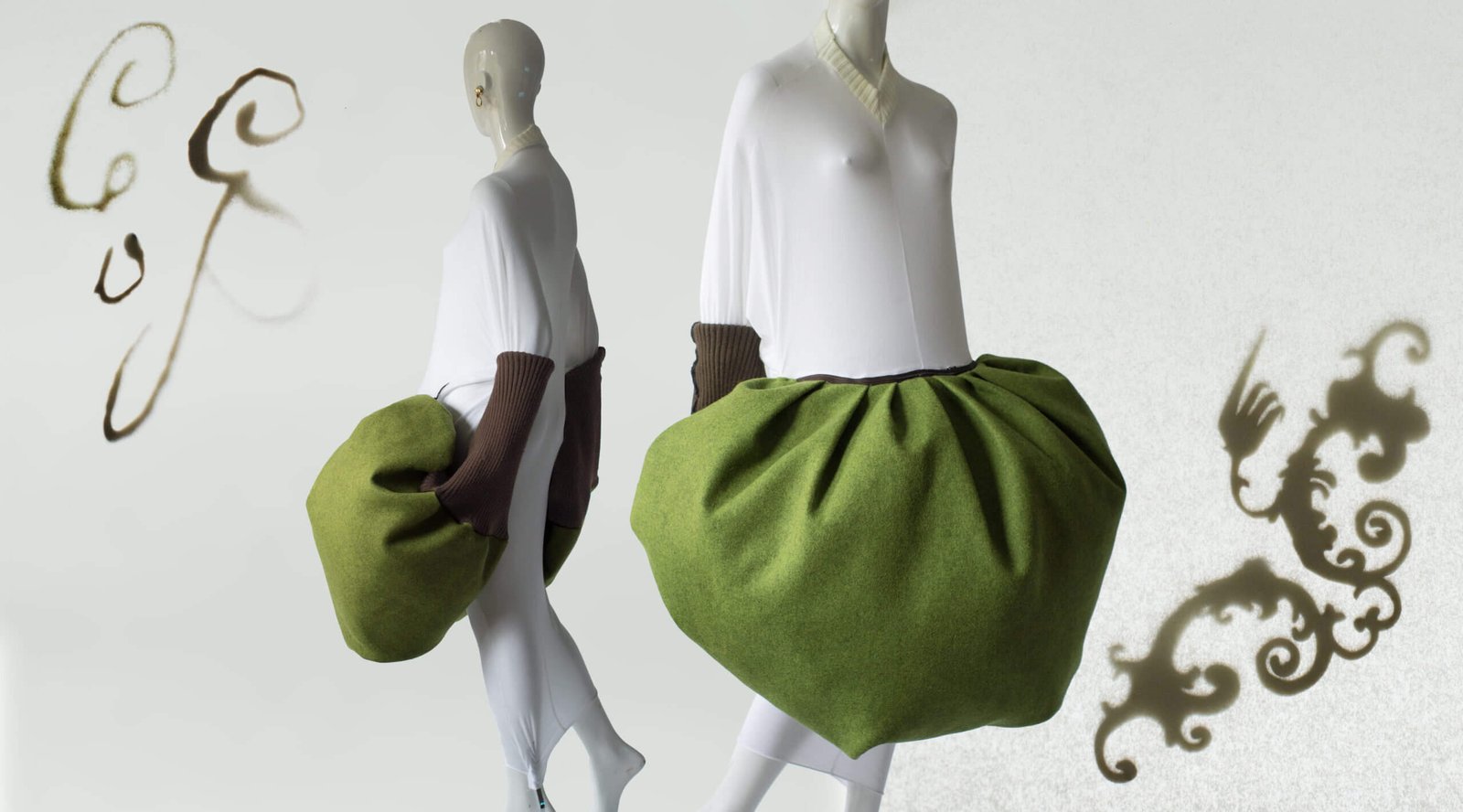 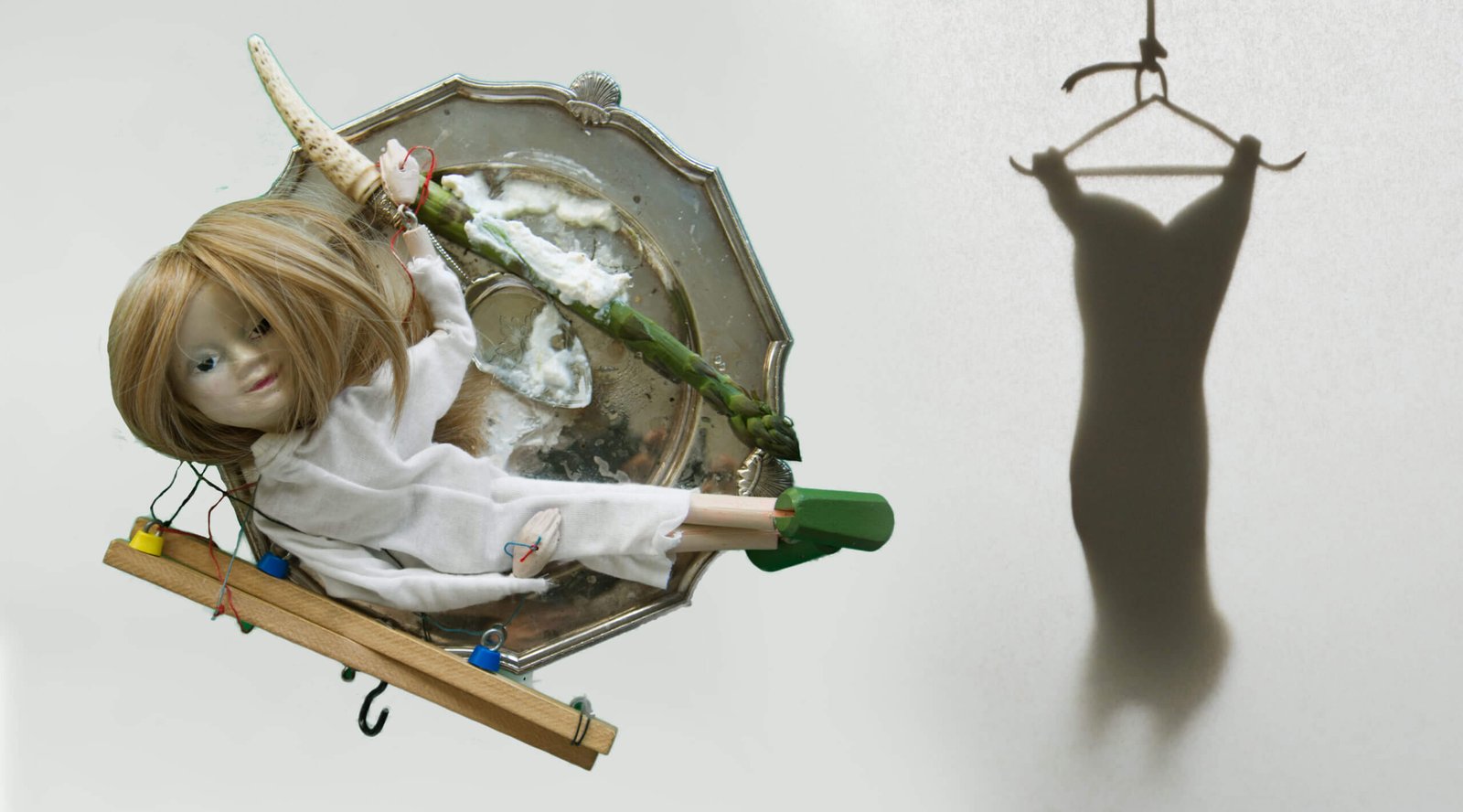 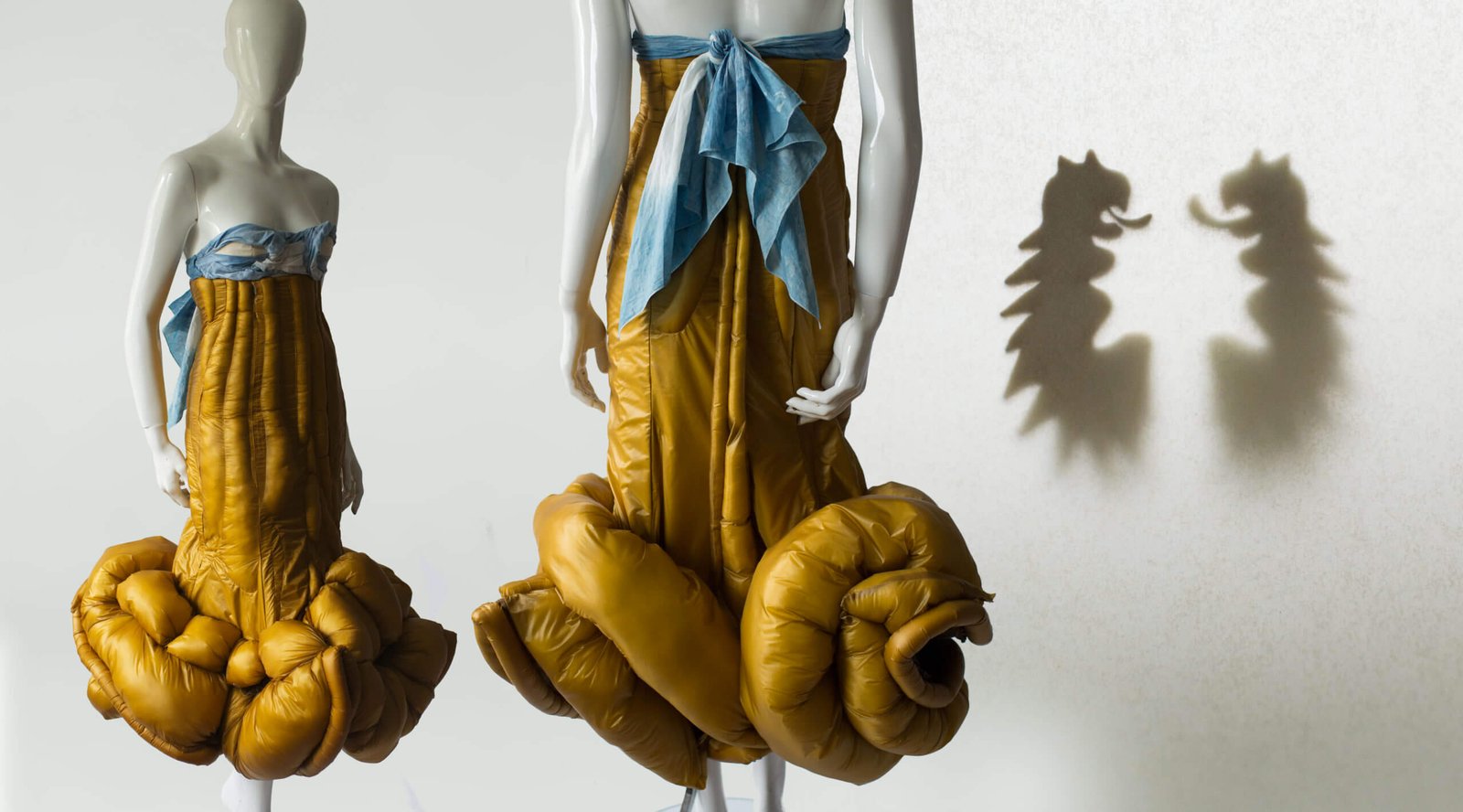 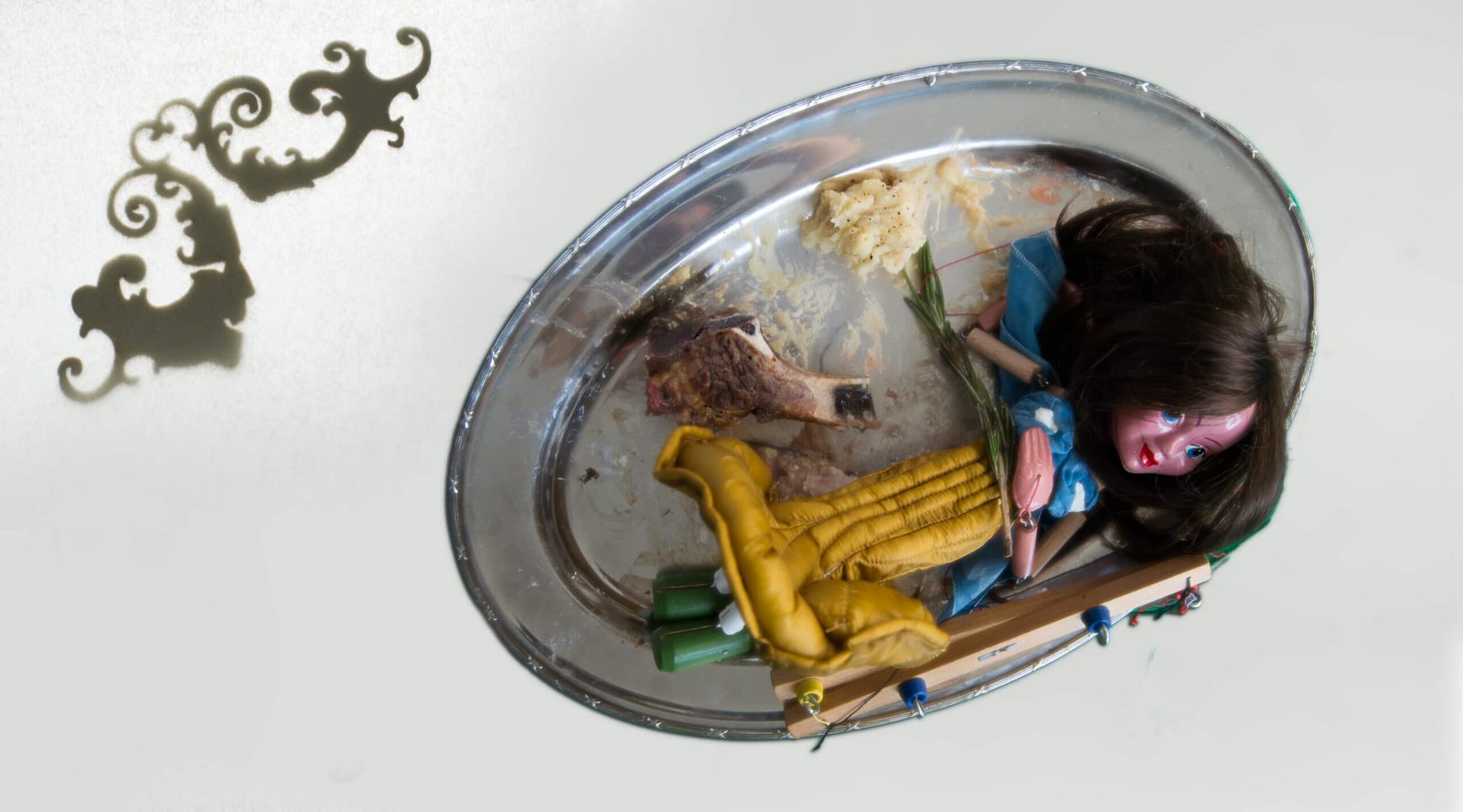 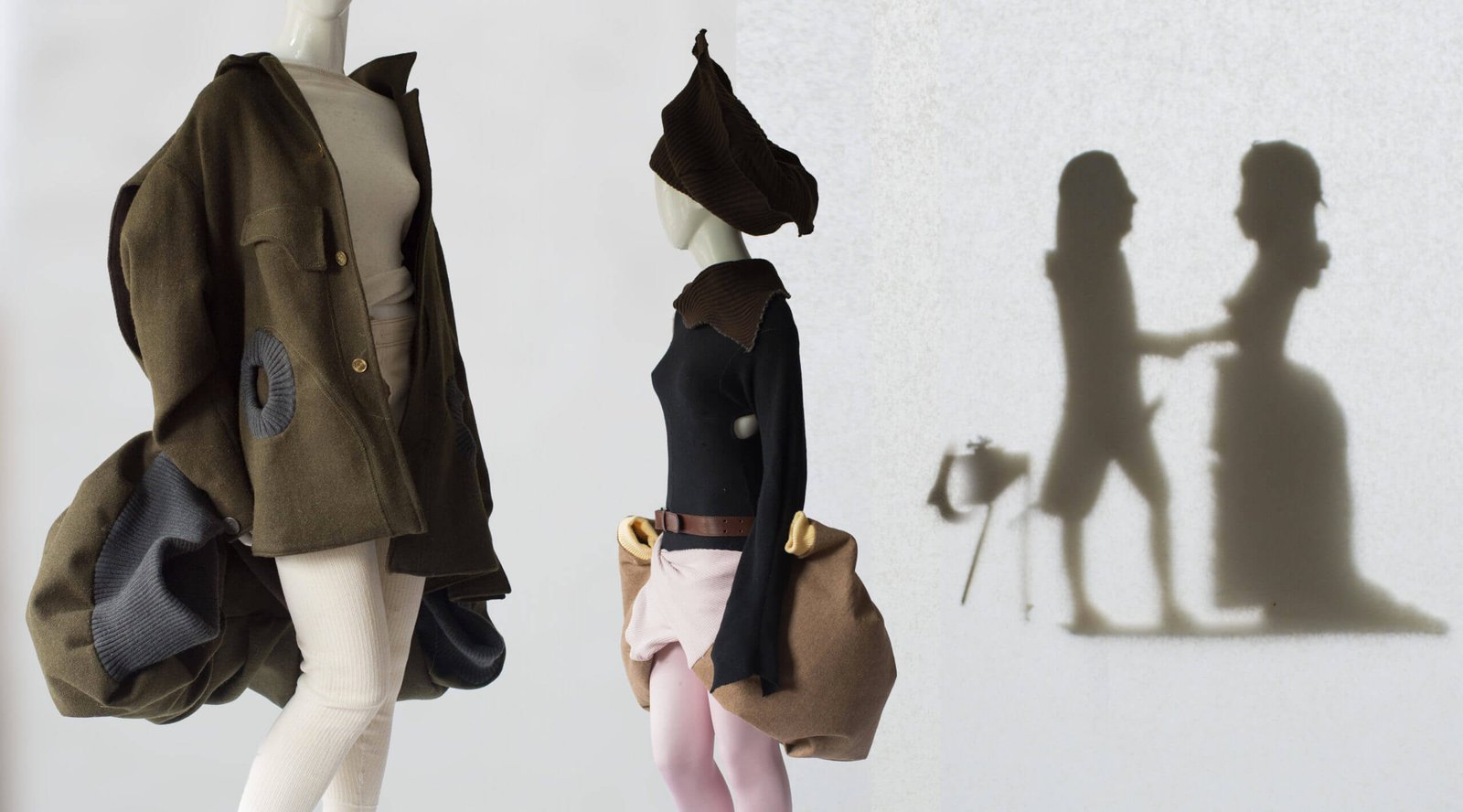 ‘I like to think of a crest as the ultimate logo, it carries pressures of what is appropriate by blood’ says 22 year old Carl Gustaf von Platen. The Swedish-Korean Womenswear student grew up in Stockholm, has interned at Telfar and fashion collective Section 8 and has a penchant for the ‘in-between’, from creative direction to consulting. For his graduate collection, von Platen’s mind immediately went to heritage and formality, in fashion and in culture: ‘I’m from a quite a silver-spoon Swedish family. Very traditional, with a lot of structures and formalities and elegance.’ The starting point was his late father’s hunting jacket, followed by 80s Svensk Jakt magazines and Swedish traditions like crayfish parties. He insists that the resulting garments – with their earthy tones and extravagant silhouettes – aren’t critique, nor easily wearable. Instead, they take buzzwords like heritage and identity and turn them into something tangible; coated in forest green felt or stuffed to the brim; heavy with history but best served with a side of humour. ‘At the end of the day,’ he says, ‘it was most important to me to make beautiful clothes.’