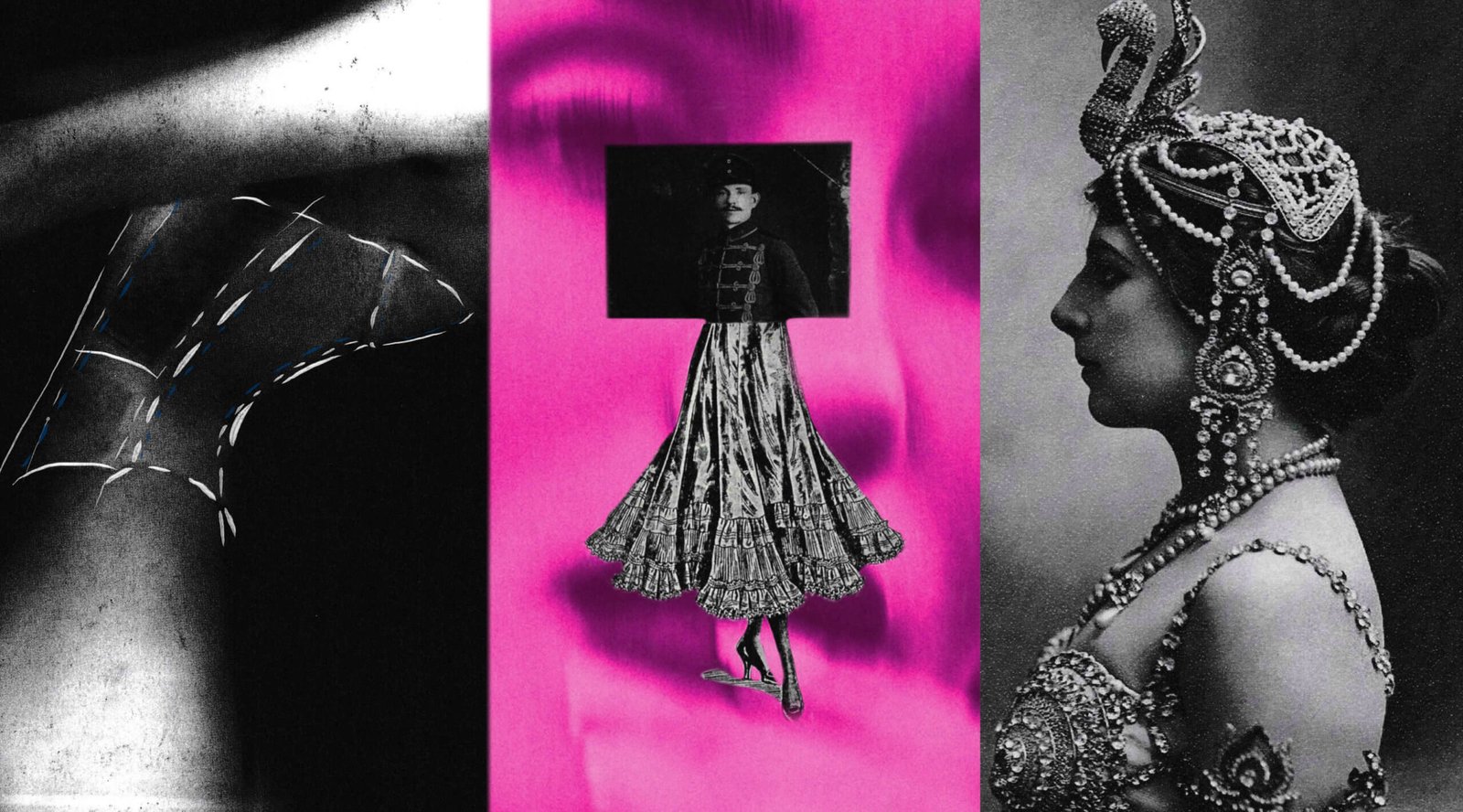 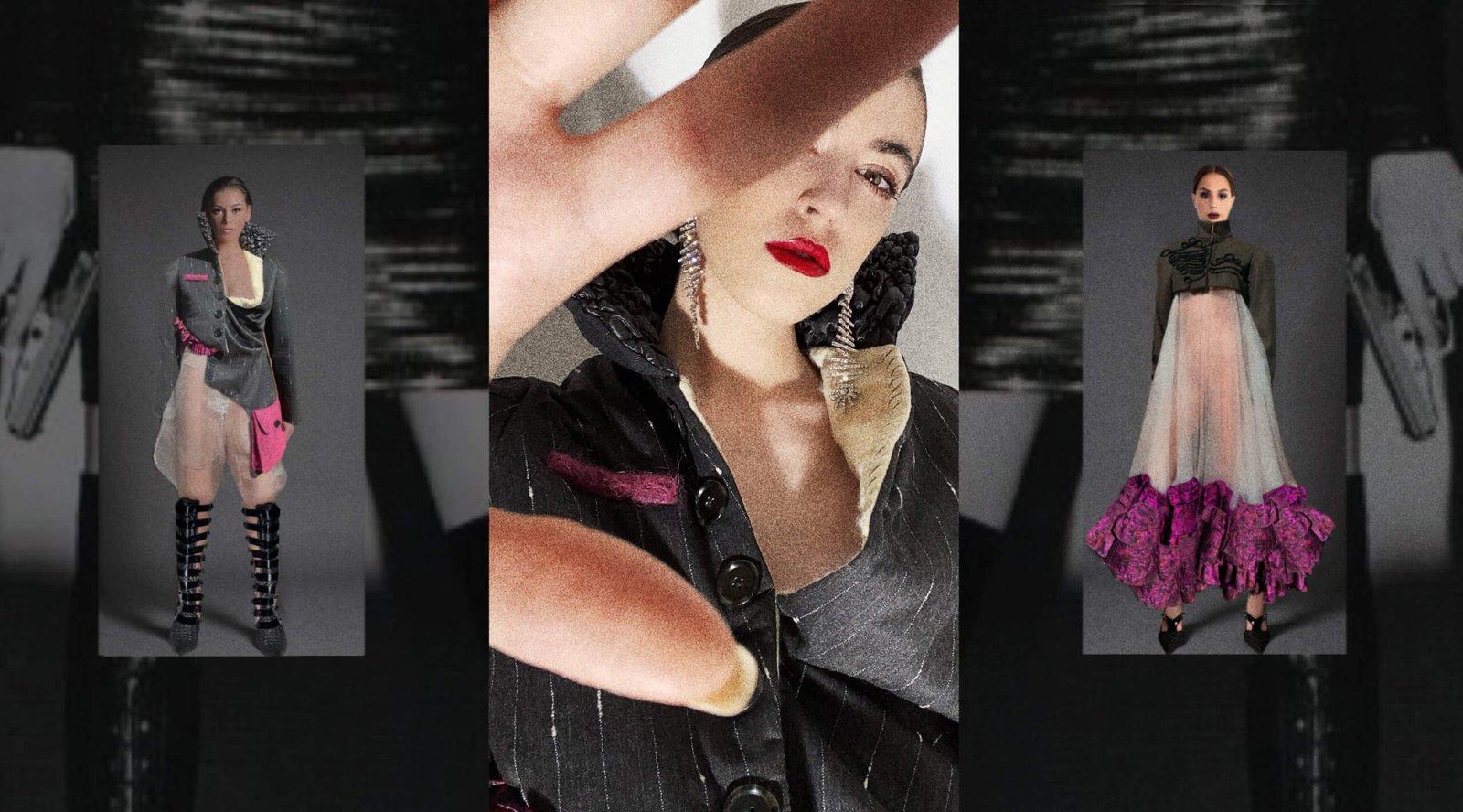 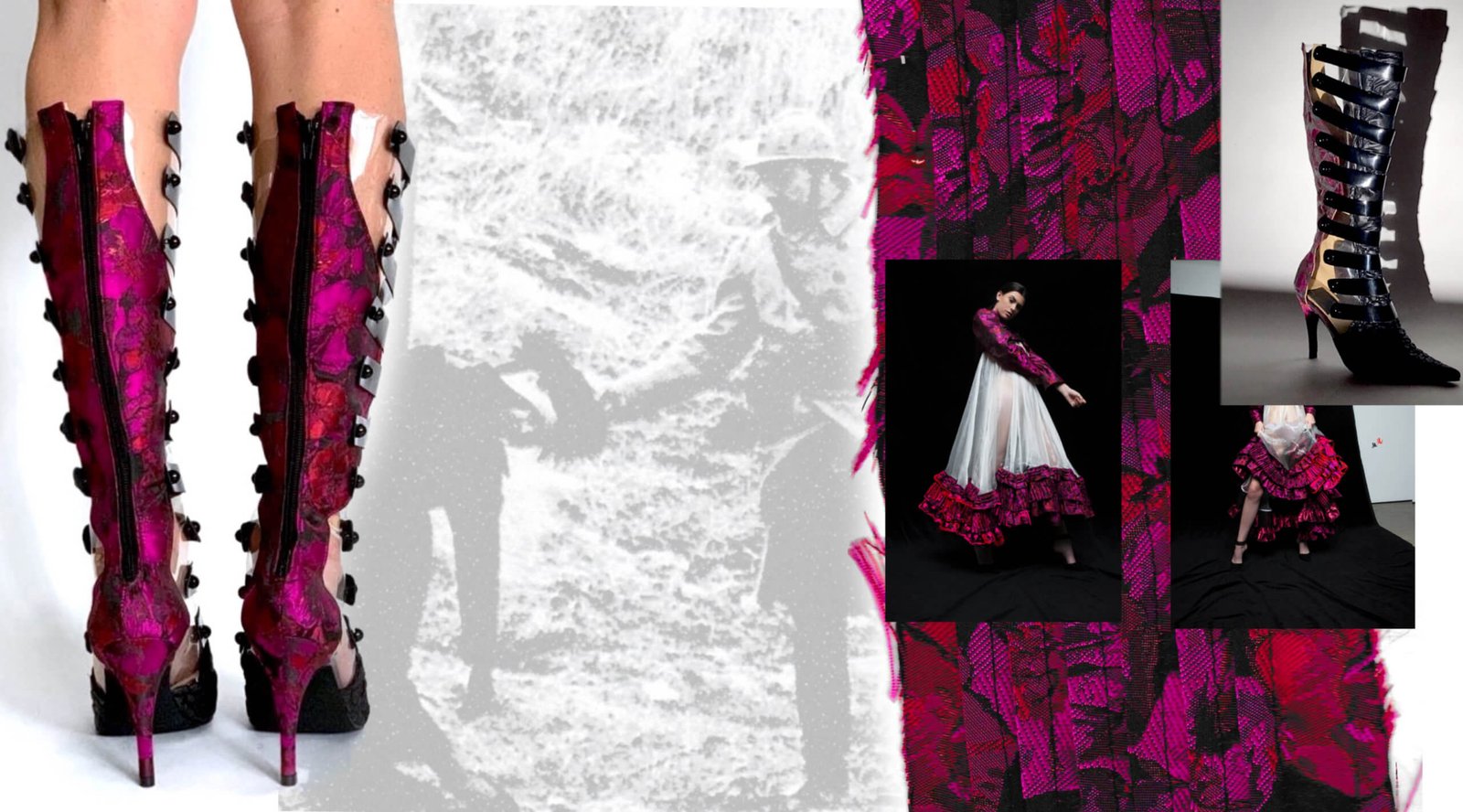 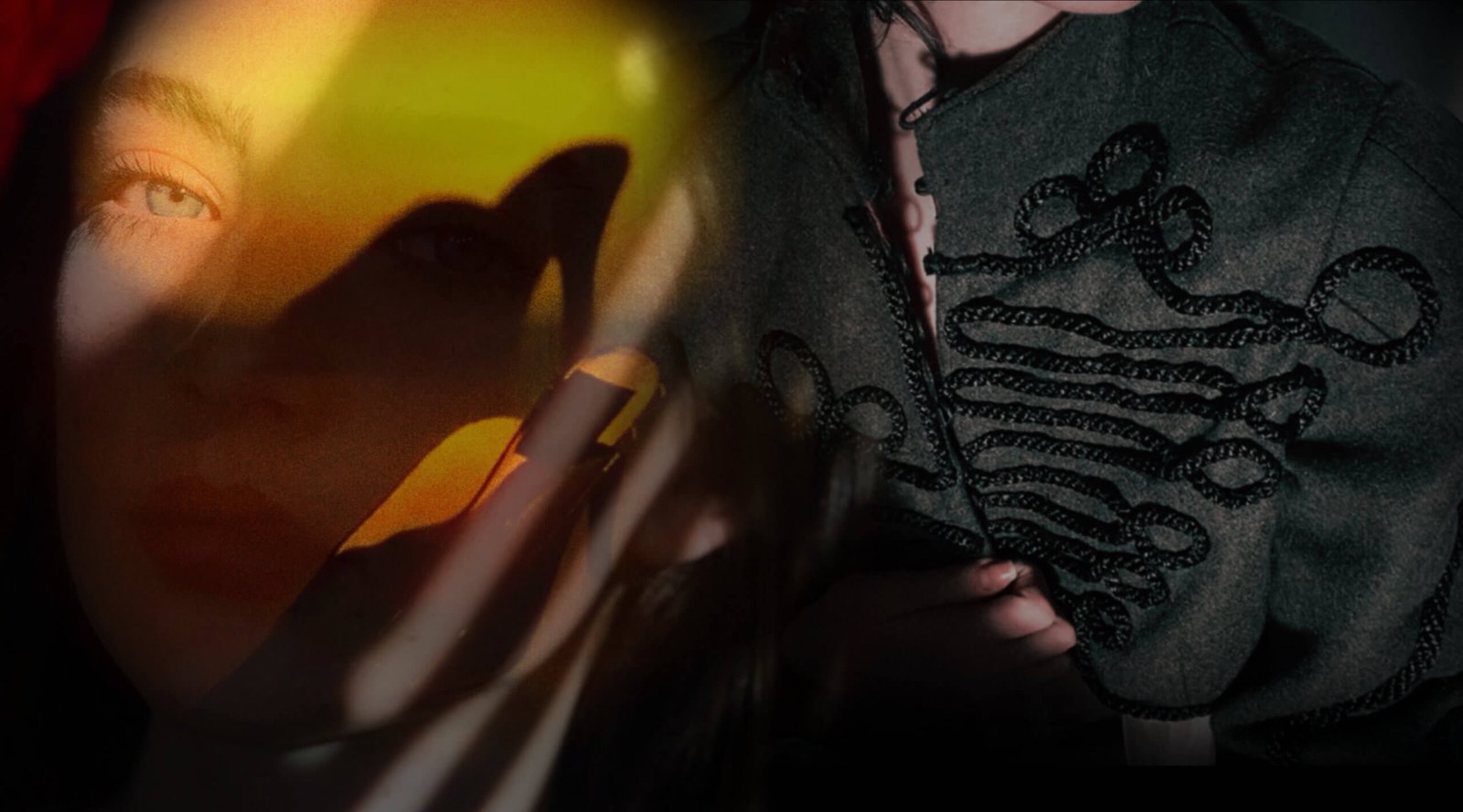 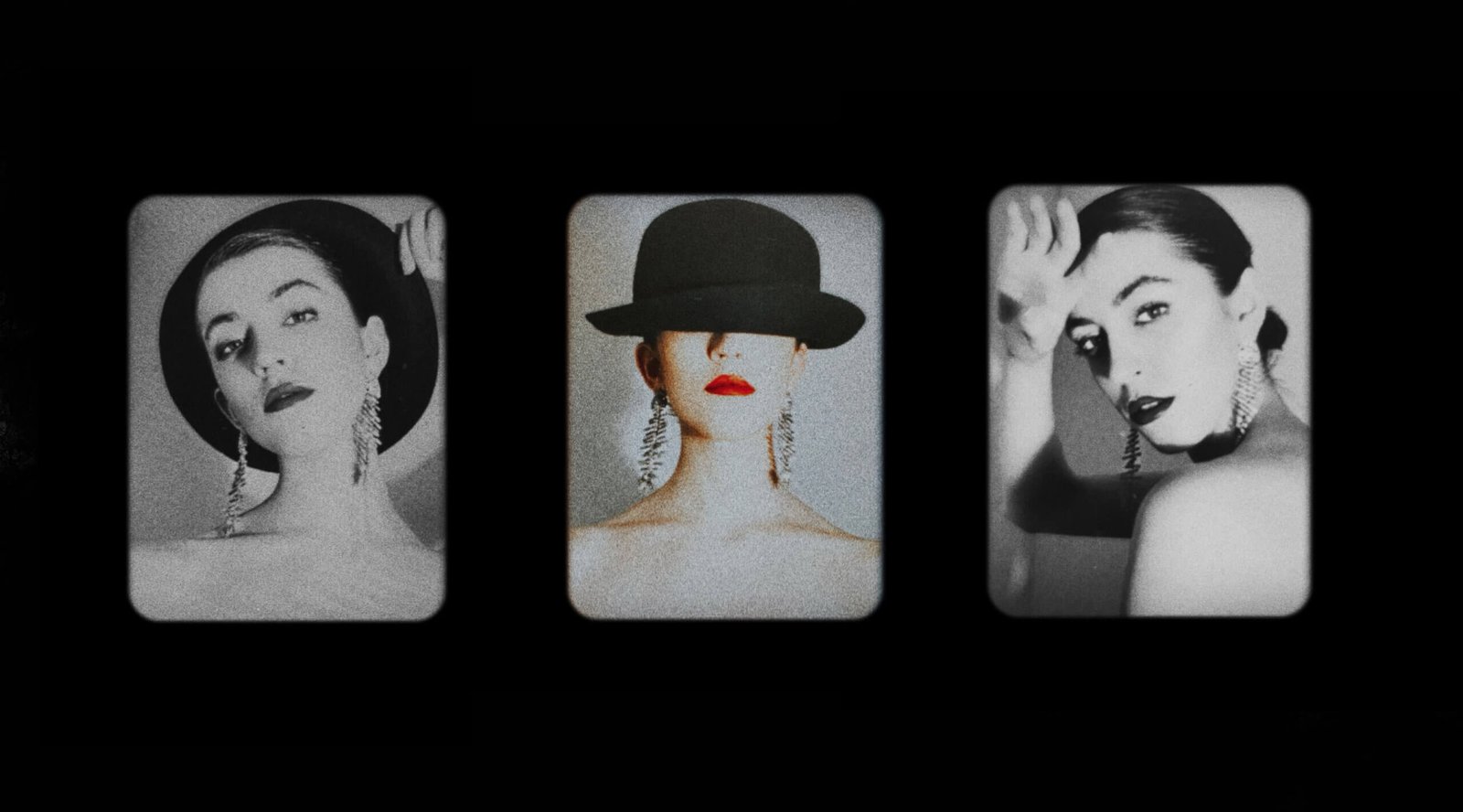 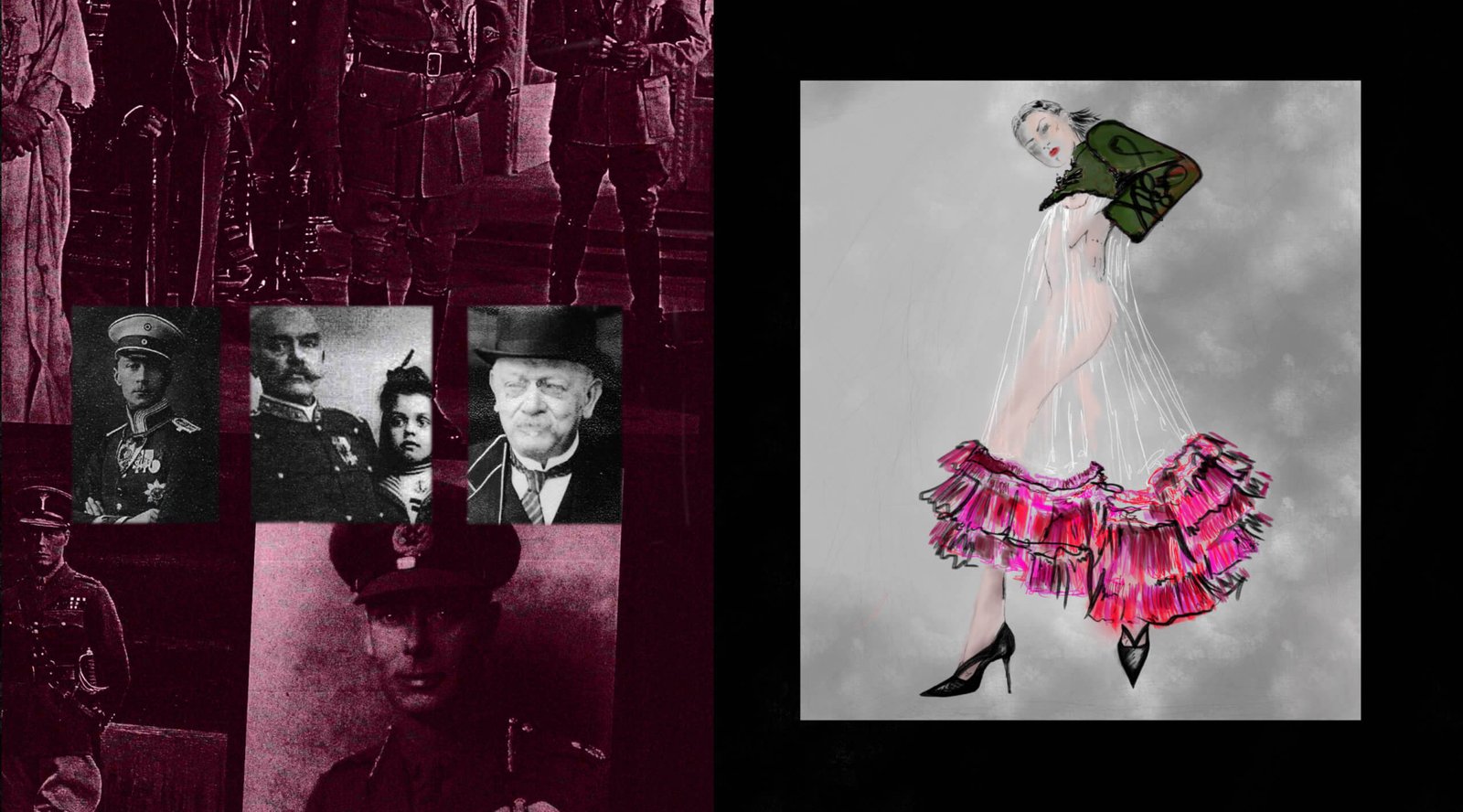 Chanel Joan Elkayam, 22, had already established a successful luxury womenswear brand before enrolling at Central Saint Martins. Her namesake brand led her to achieve the record of being the youngest designer in history to complete the four primary fashion weeks by the age of 20. As does her brand, Elkayam’s final collection is a testament to her strength in storytelling and evoking emotion. Naturally gravitating towards powerful women, the designer chose Mata Hari, known as the greatest female spy of the 20th century, as her muse. ‘Her self-obsession and sexual chemistry with men in uniform was of great inspiration to me,’ she tells me. One of her looks, comprising of a transparent silk organza dress worn beneath a cropped wool military jacket, alludes to Hari’s undercover career as a sought after courtesan to soldiers and an exotic dancer. While Elkayam’s main focus now is to grow her brand, she is open to the idea of working at other fashion houses.