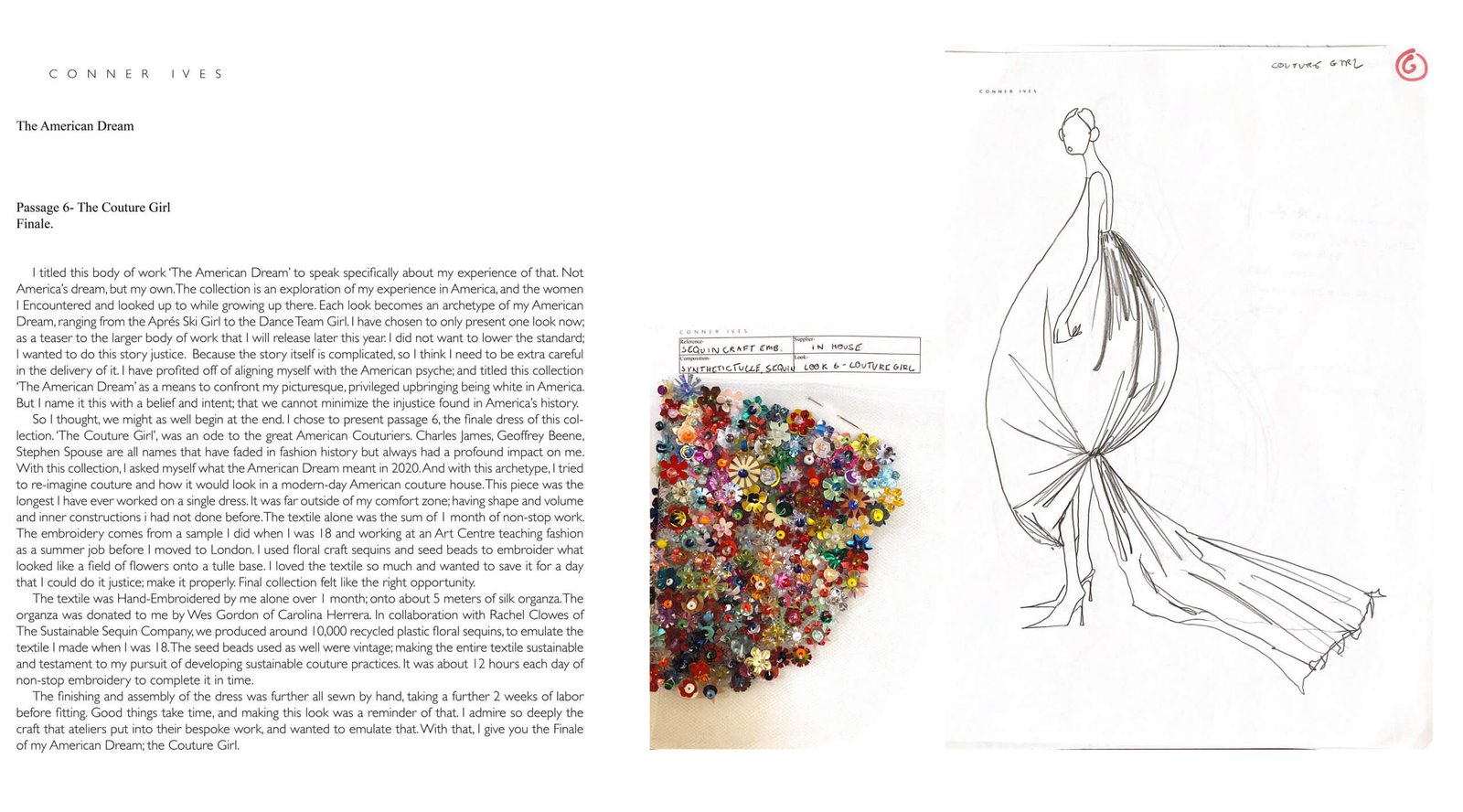 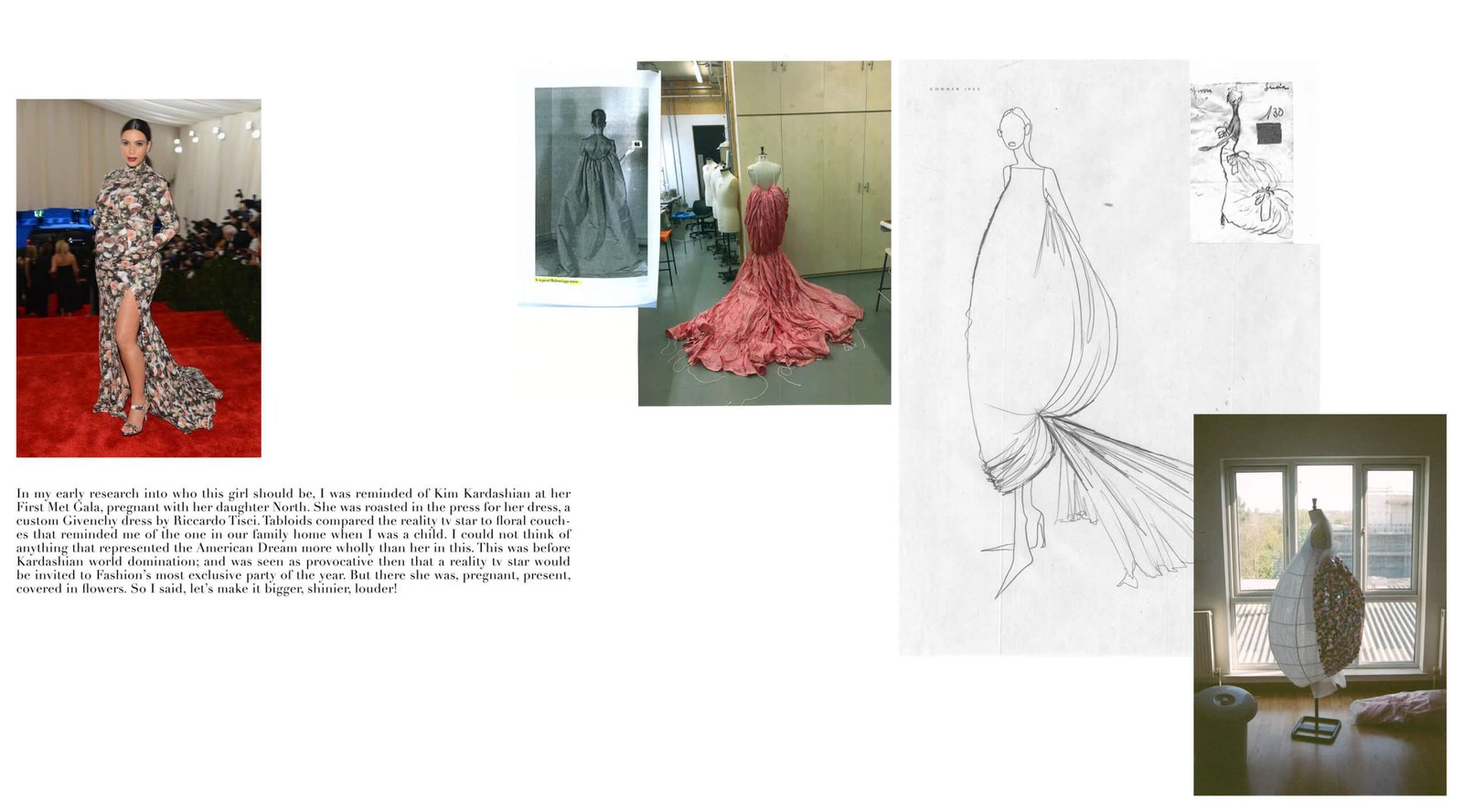 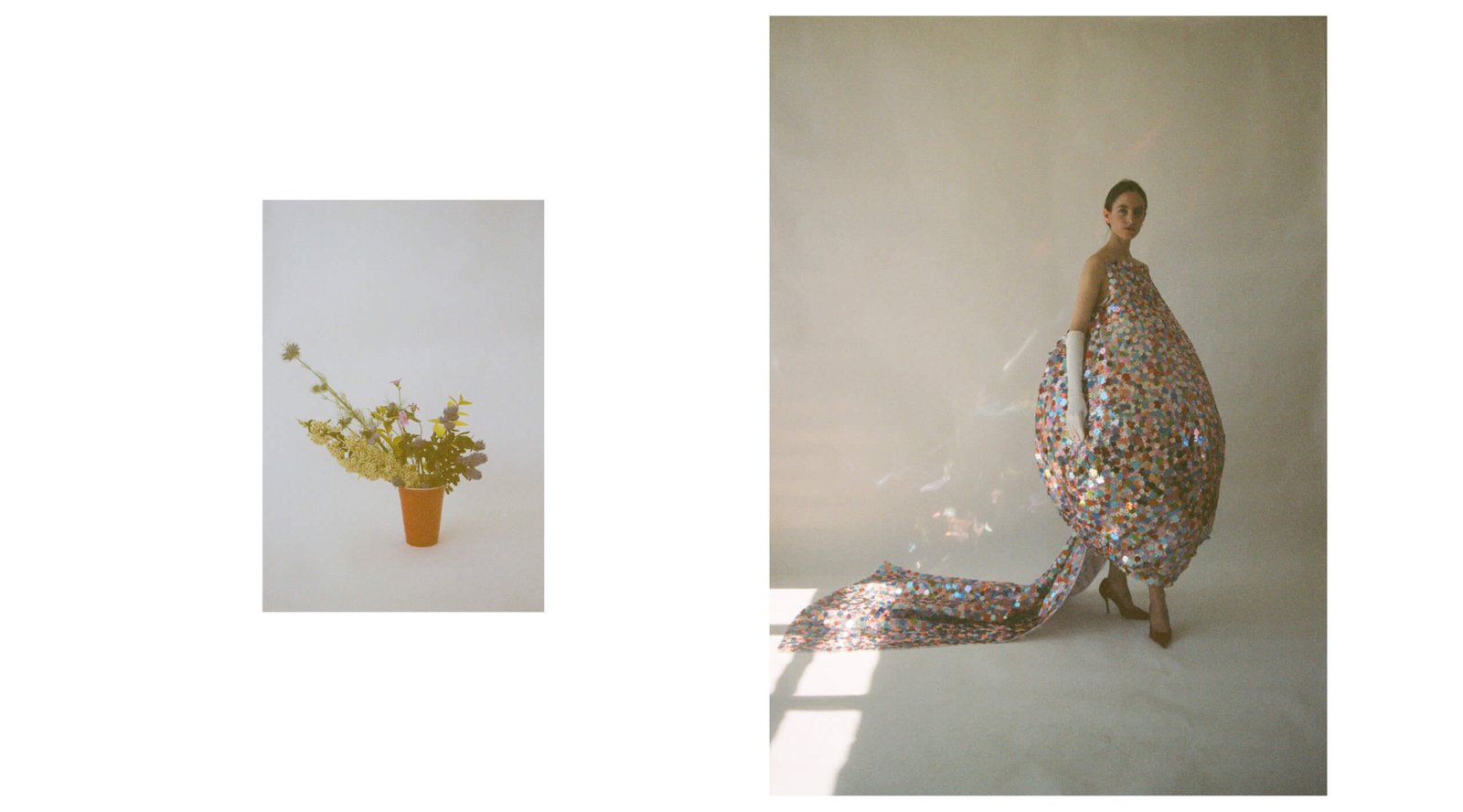 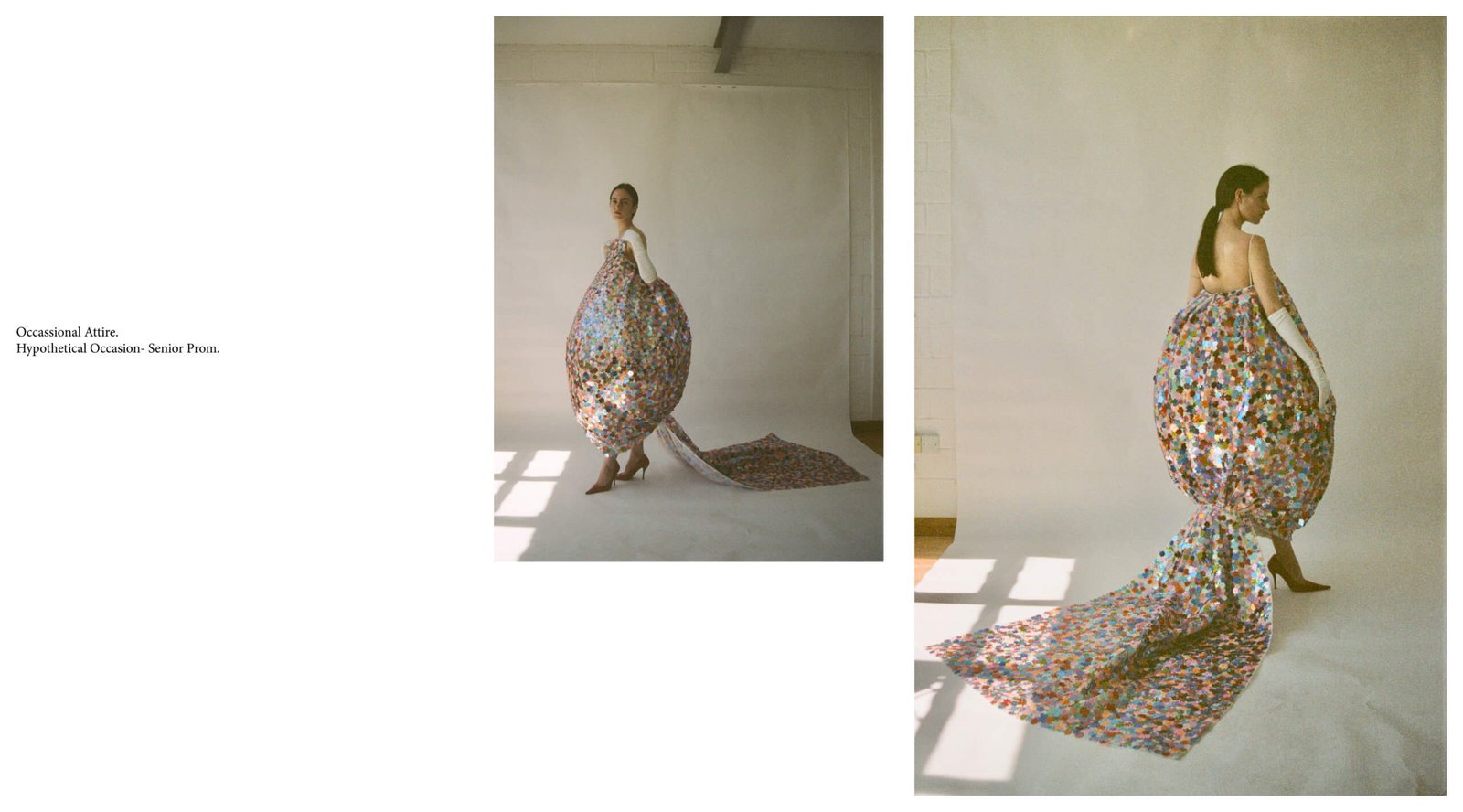 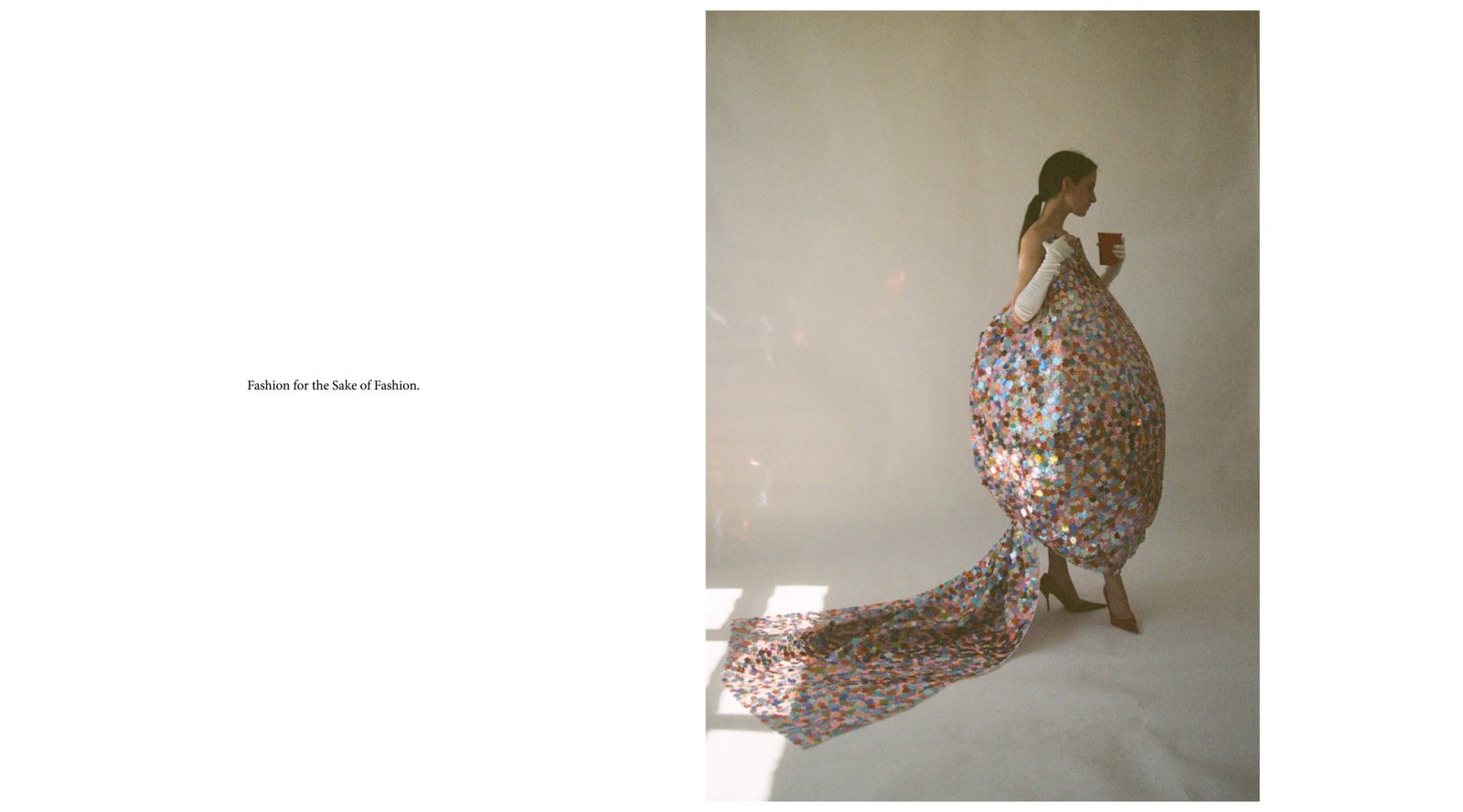 At 24 Conner Ives, a Womenswear student from Bedford, New York, had designed Adwoa Aboah’s 2017 Met Gala gown, produced collections stocked at Browns and Liberty, and worked with Rihanna at luxury clothing brand, FENTY. During his twelve months at FENTY he saw first-hand how to launch a label: ‘It really felt like a fundamental education in what to do’, he says. The American Dream, Ives’ graduate collection, is defined by tongue-in-cheek glamour. ‘It’s a love letter to the small town I grew up in’, he says. The pièce de résistance is a bulbous floral gown, named ‘Couture Girl’, which took five months to hand sew and exists in the middle ground between couturier Charles James and Kim Kardashian pregnant in flower print Givenchy at the Met Gala, 2013. Now, he plans to continue in the same direction which, with a playful style and proven business acumen, appears to be an upward trajectory.