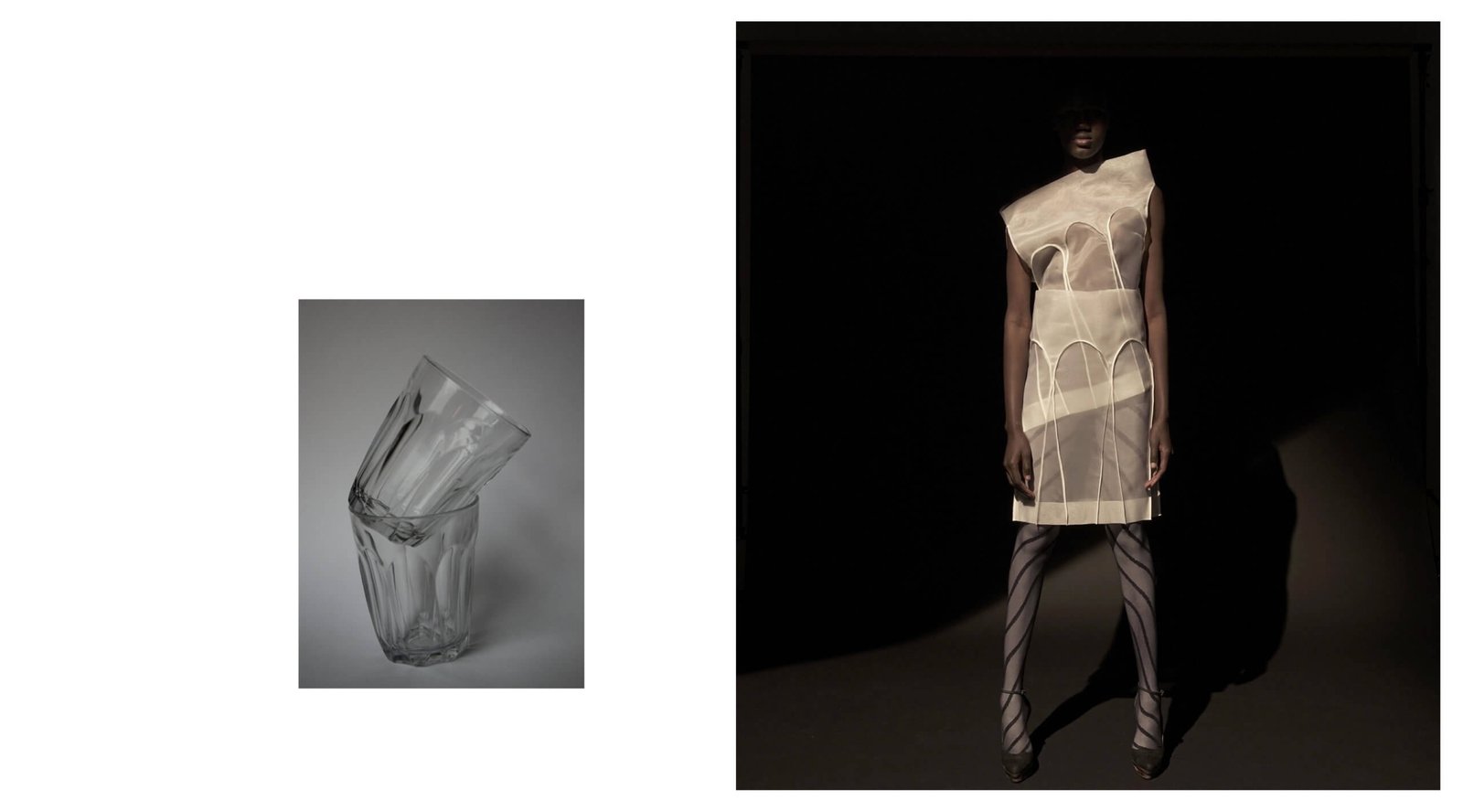 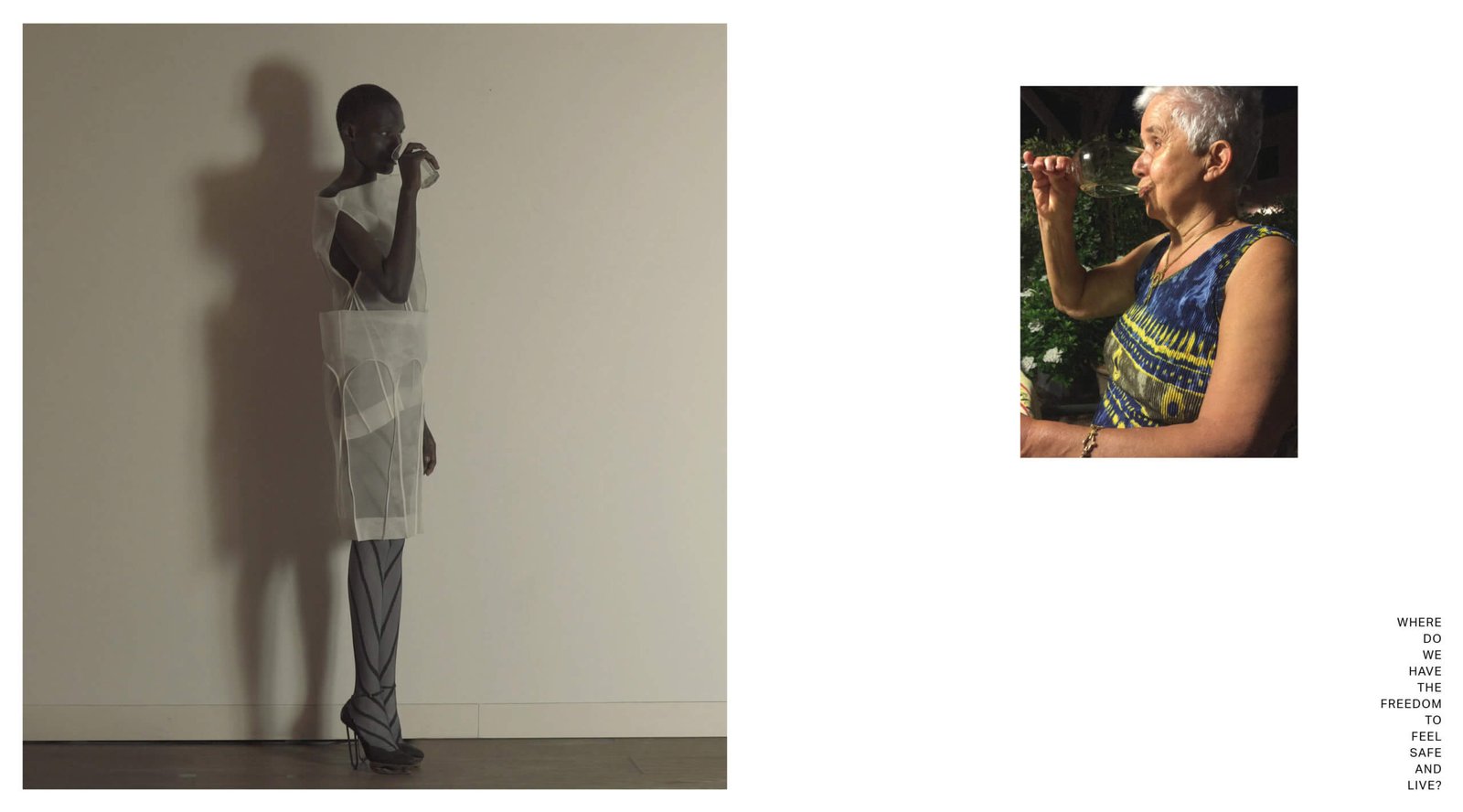 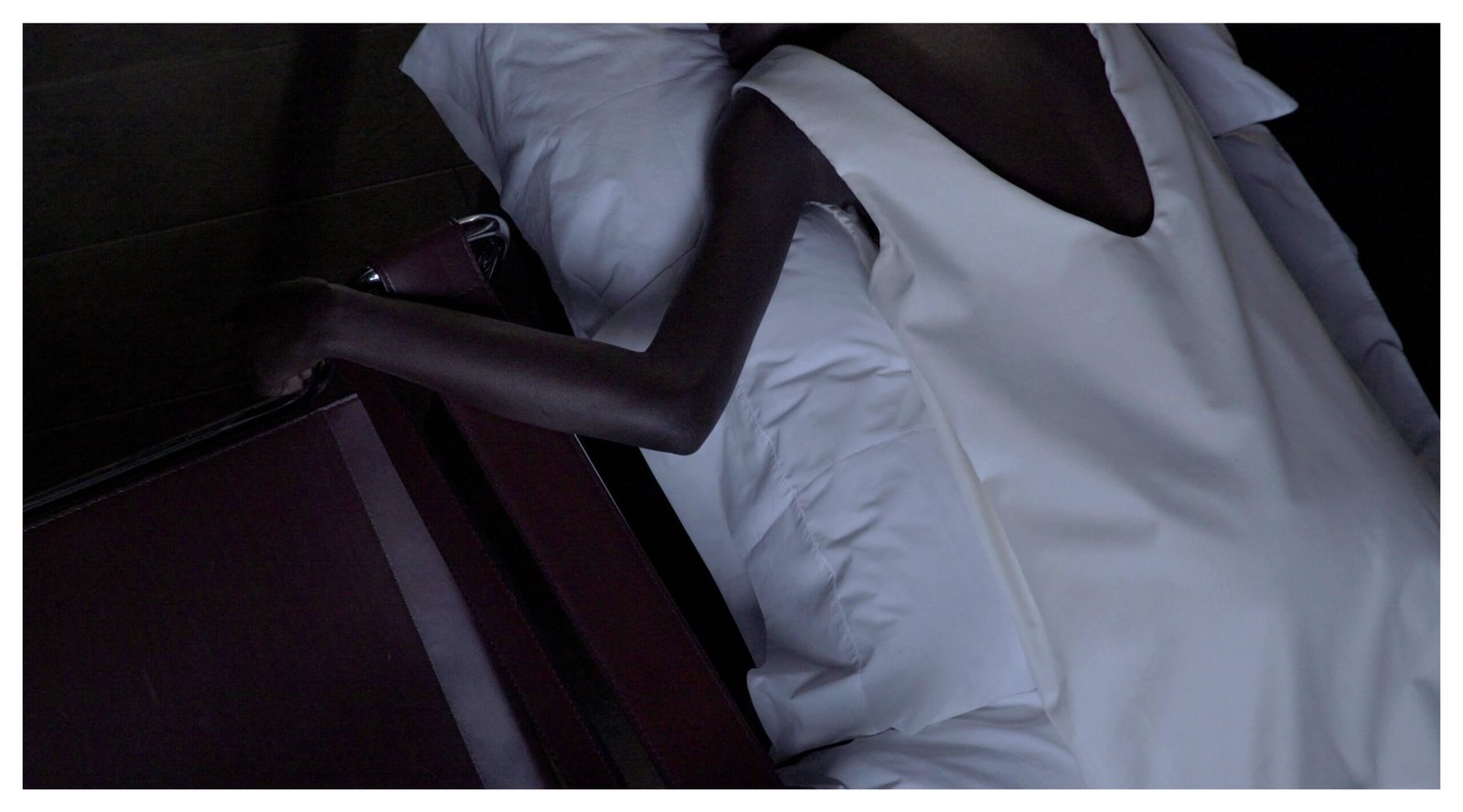 Davide Carrano grew up in a village of Liguria, Italy. Prior to studying at Central Saint Martins, he had several professional experiences working as a costume assistant in the production of Faust by Robert Wilson, followed by the acquaintance with the Japanese company Suzusan, where he learned several shibori techniques. Later, he was design assistant at Jil Sander. His first collection is inspired by the life of his grandmother, leading to the exploration of ‘the attachment to the familiar built environment such as the home and the relationship between women and public spaces.’ Referencing daily actions, Carrano wants to magnify their significance. Glassware is a pivotal reference across his work; the tumbler look consists of a top and a skirt fully made from sheer-organza, in which the transparency emulates the fragility of the glasswork. Davide Carrano is scholar of Sarabande, the Lee Alexander McQueen Foundation, which supported him along all the four years of studies.