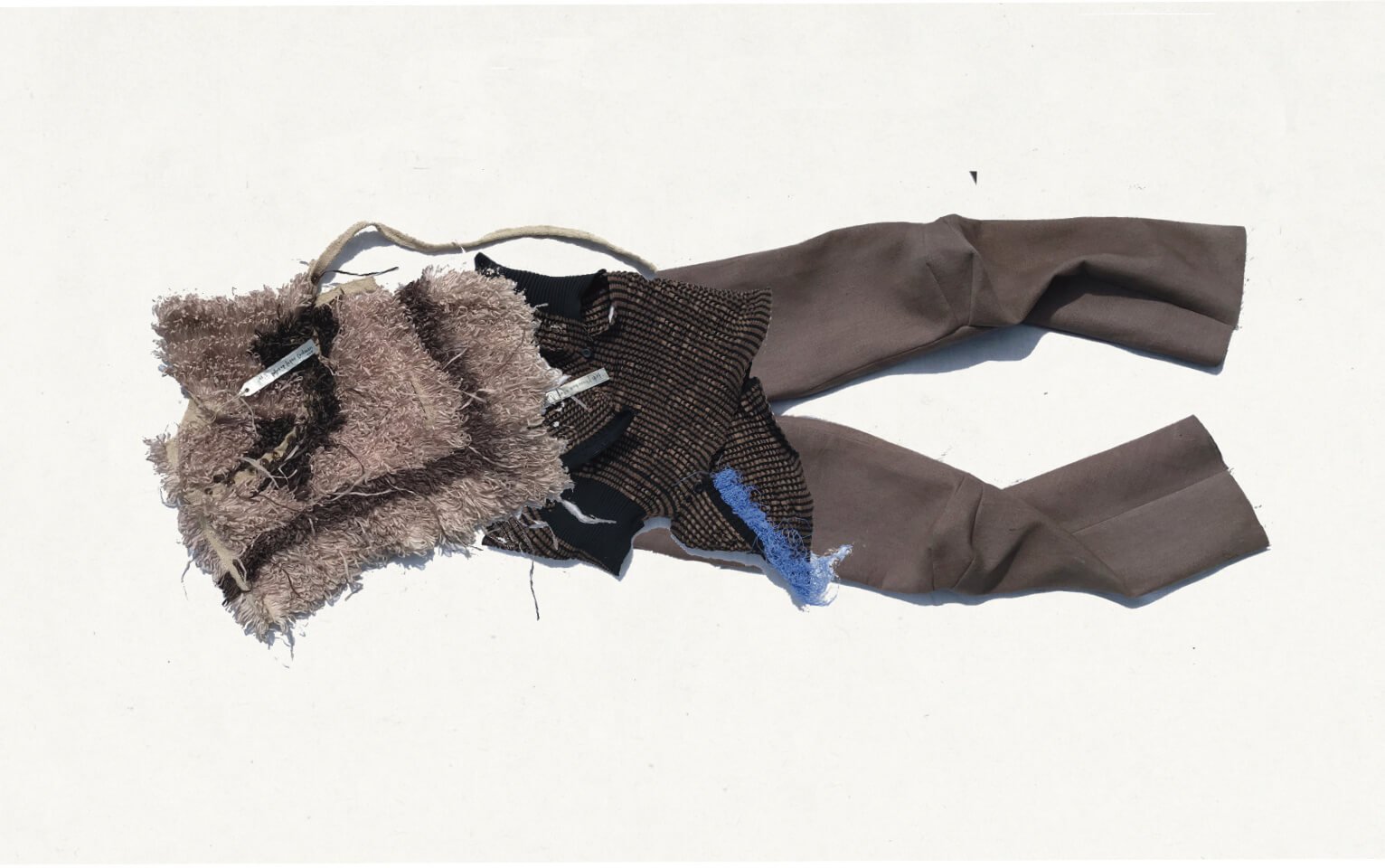 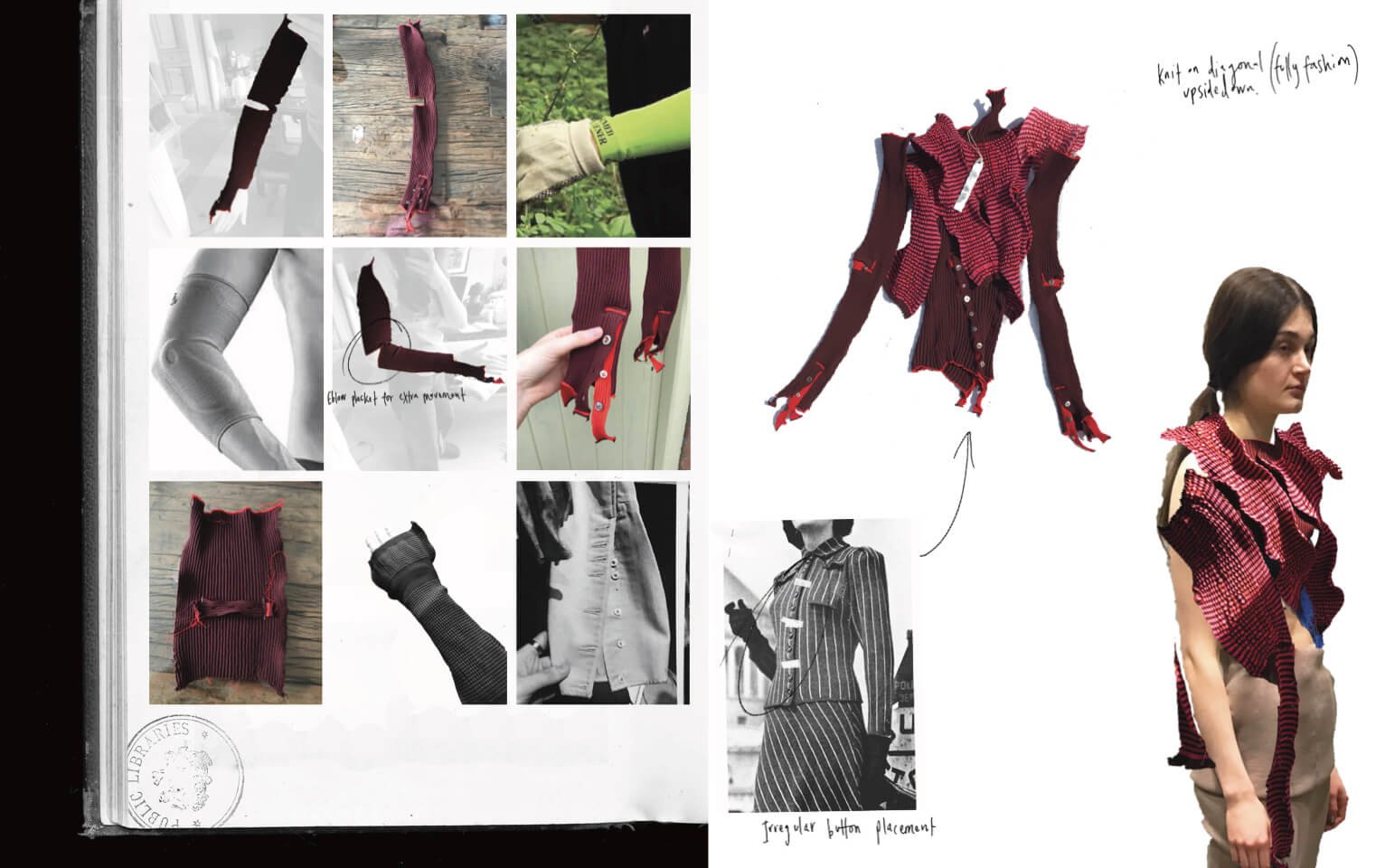 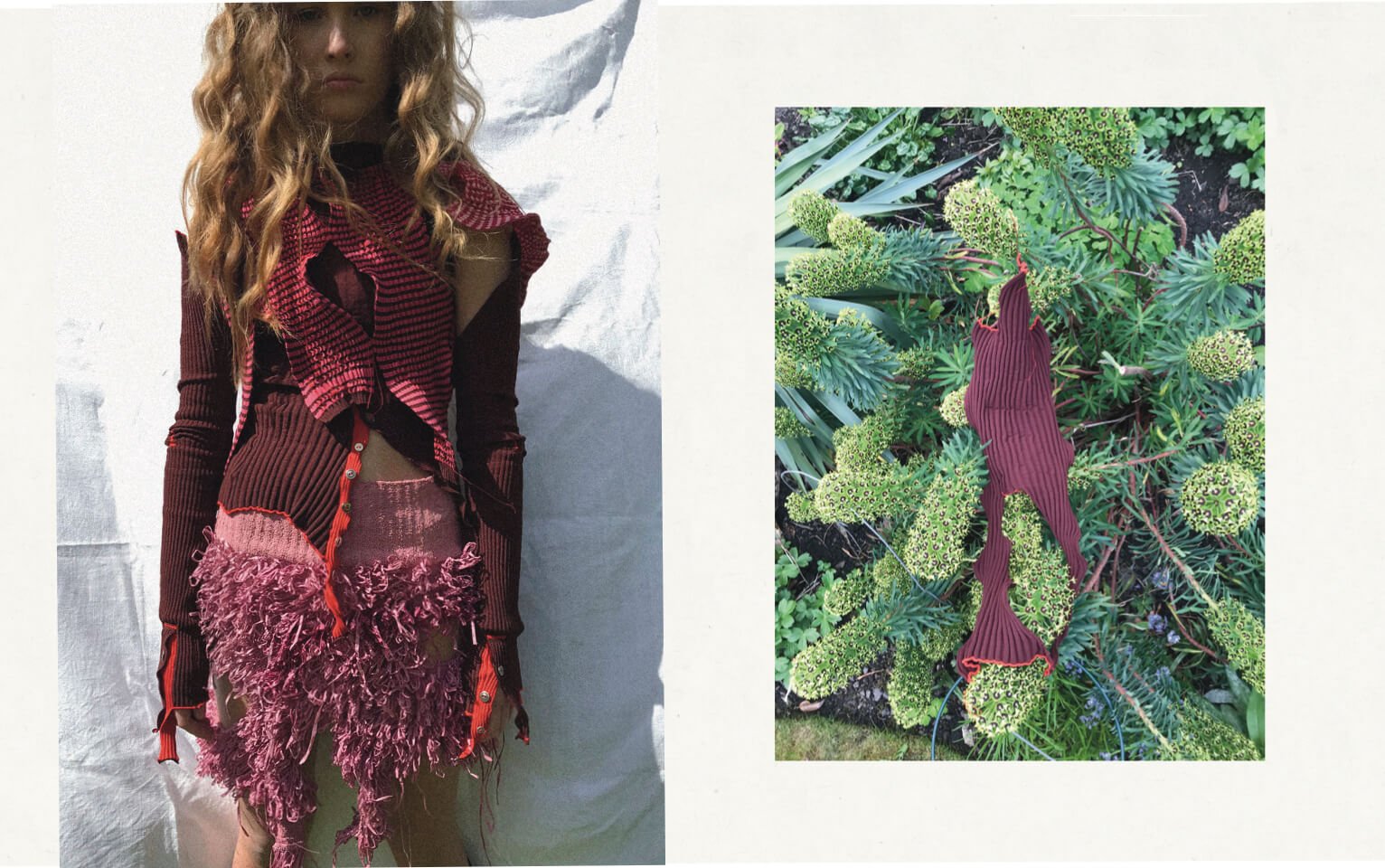 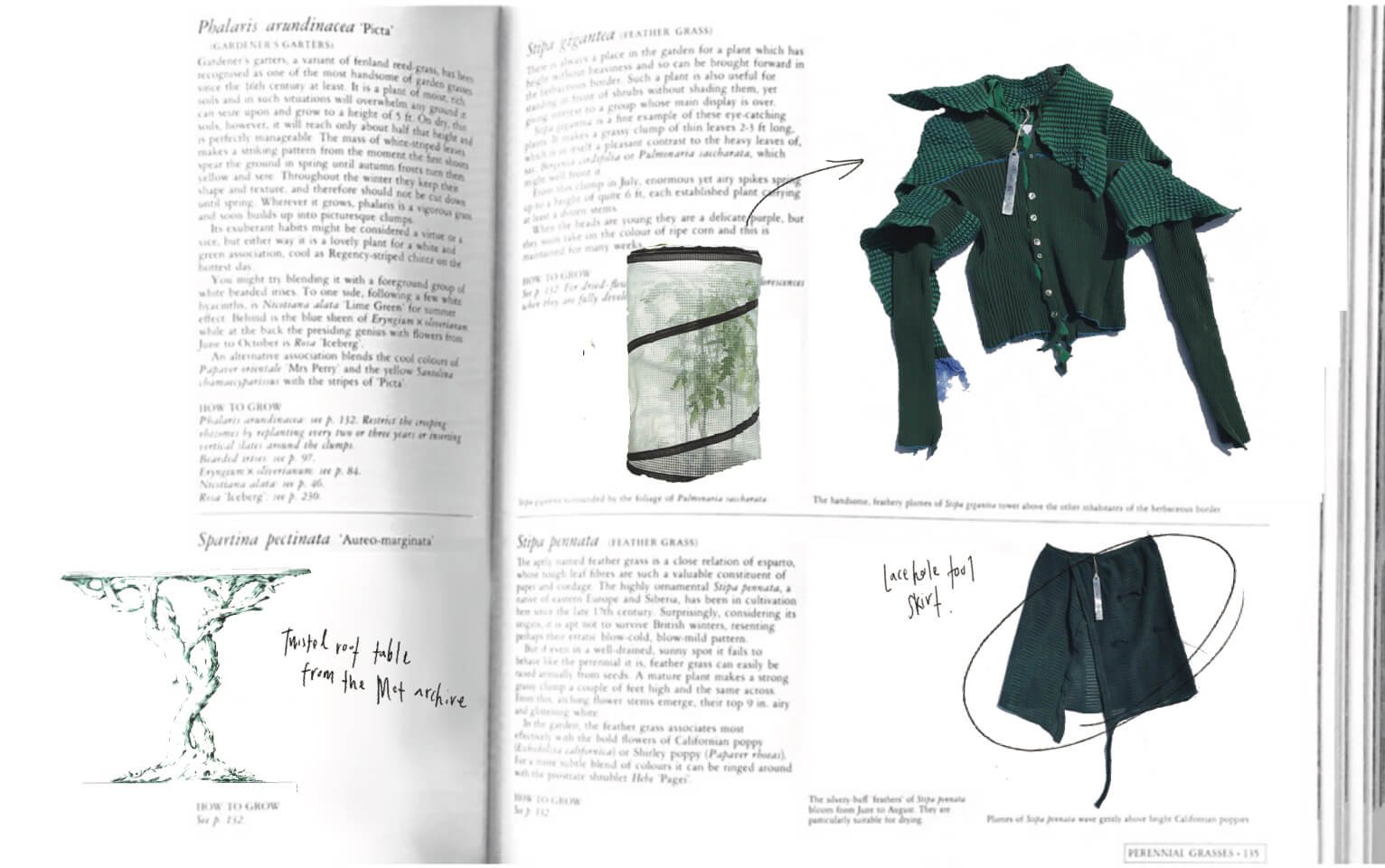 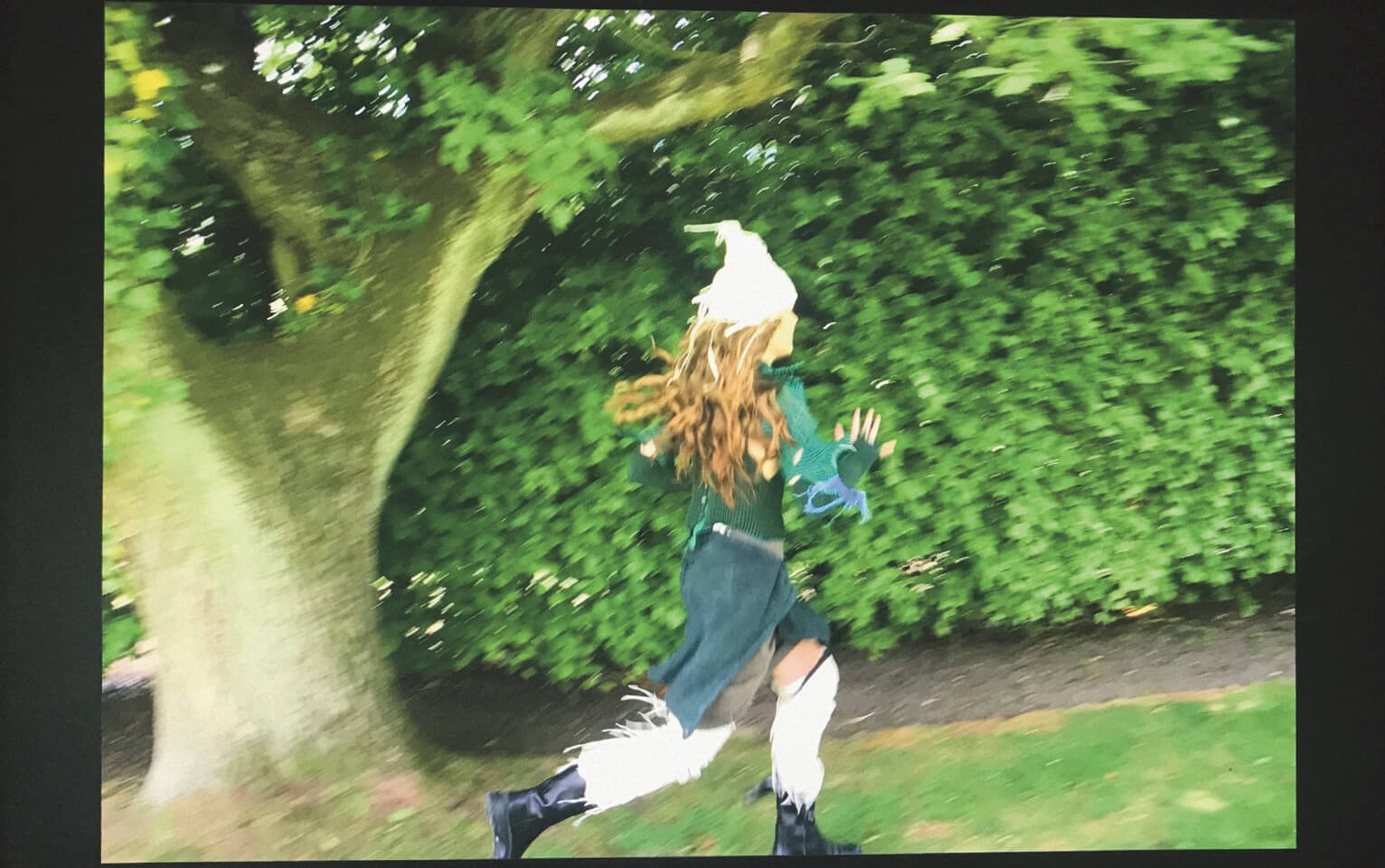 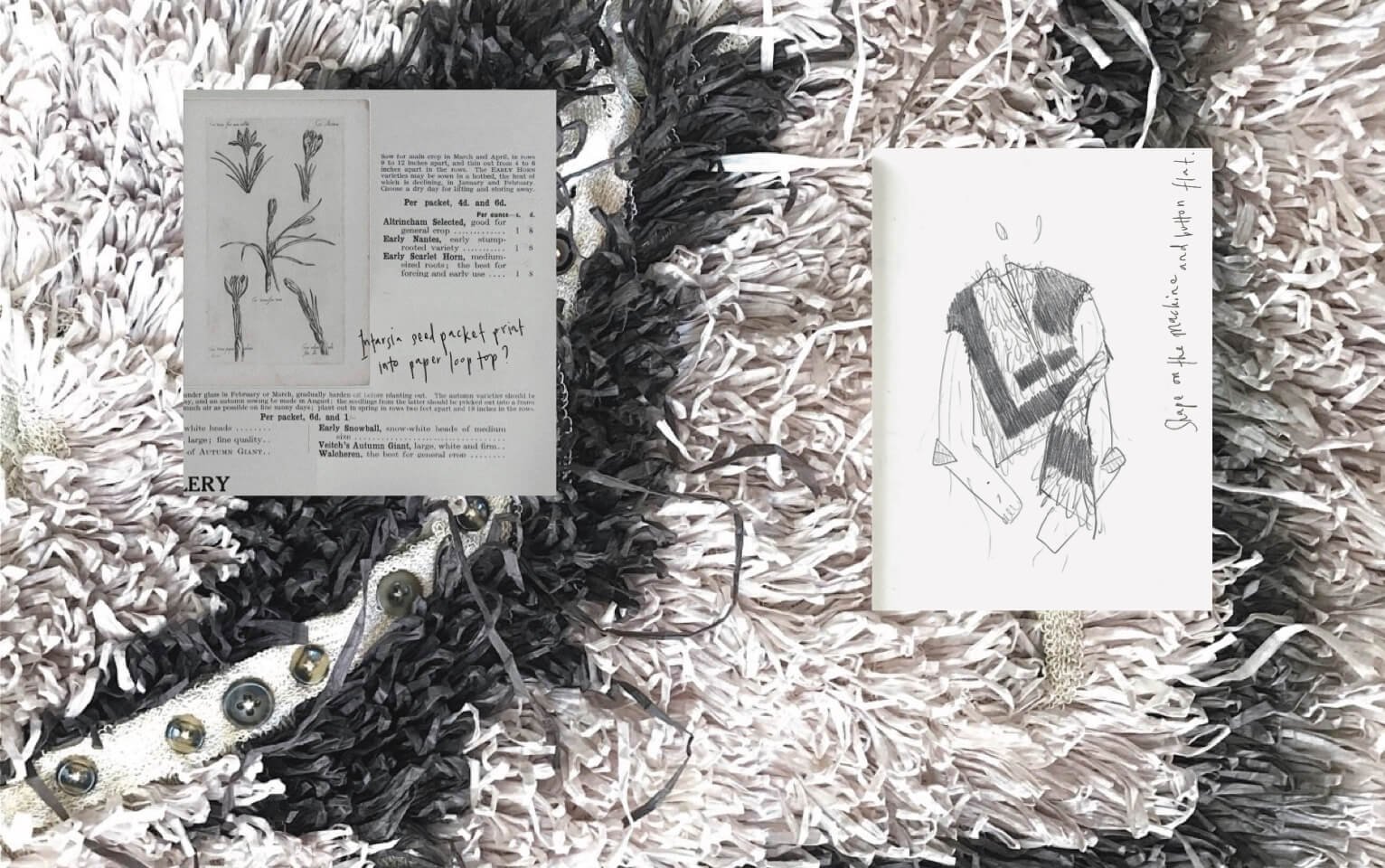 Suiting for the Garden. Eleanor Butler-Jones is a 23 year old Knitwear designer originally from Derbyshire. Previously interning at Kiko Kostadinov and Acne Studios, her passion for knitwear is traced through her interest in the technical capabilities of the yarn at hand. Celebrating nature and elegance simultaneously, the young designer’s collection offers an interpretation of her formative years spent assisting her grandparents on their garden allotment. Three of her looks feature a stretch crinkled knit – a self-taught technique, developed through her studies at Central Saint Martins, presented in a palette that’s drawn from a neutral mixture of greens, maroons, pinks, reds and dark taupe. Her film, shot in isolation, focuses on the freeing movement of her garments, worn by a young model sprinting through a garden. A nostalgic nod to her childhood years spent in nature, the film captures every twist and turn of her fabrics, unfolding an innocent child-like countryside dream.