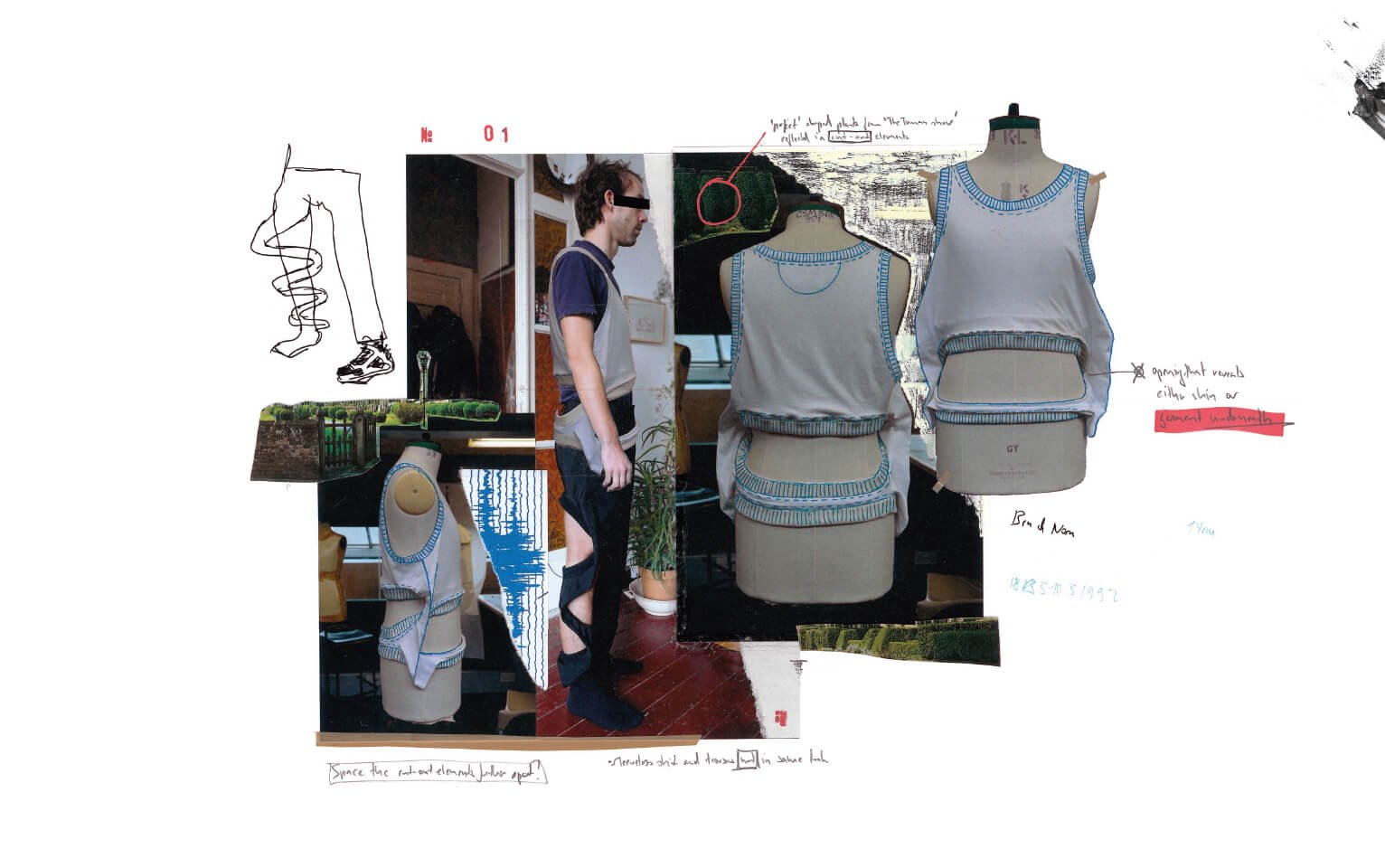 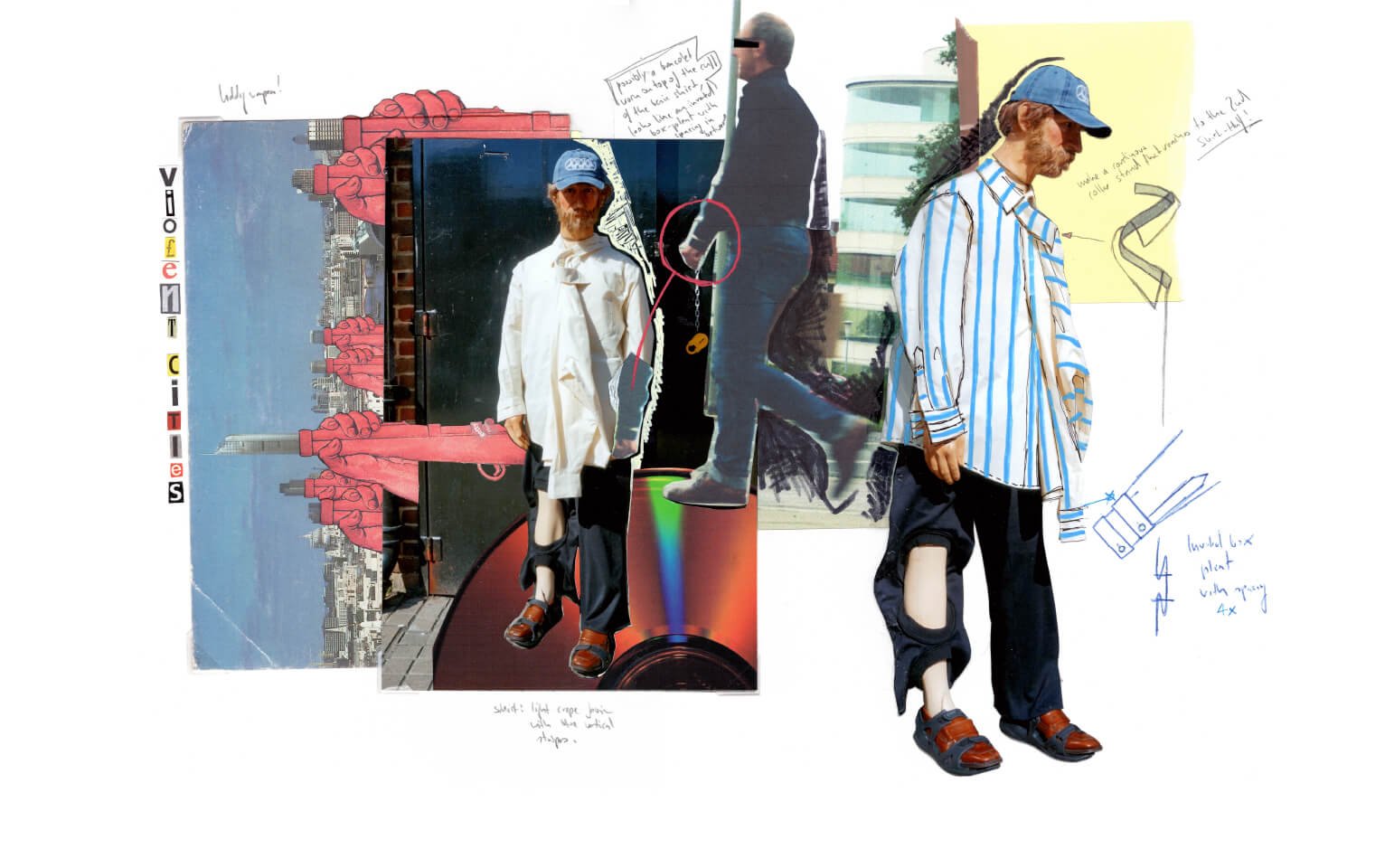 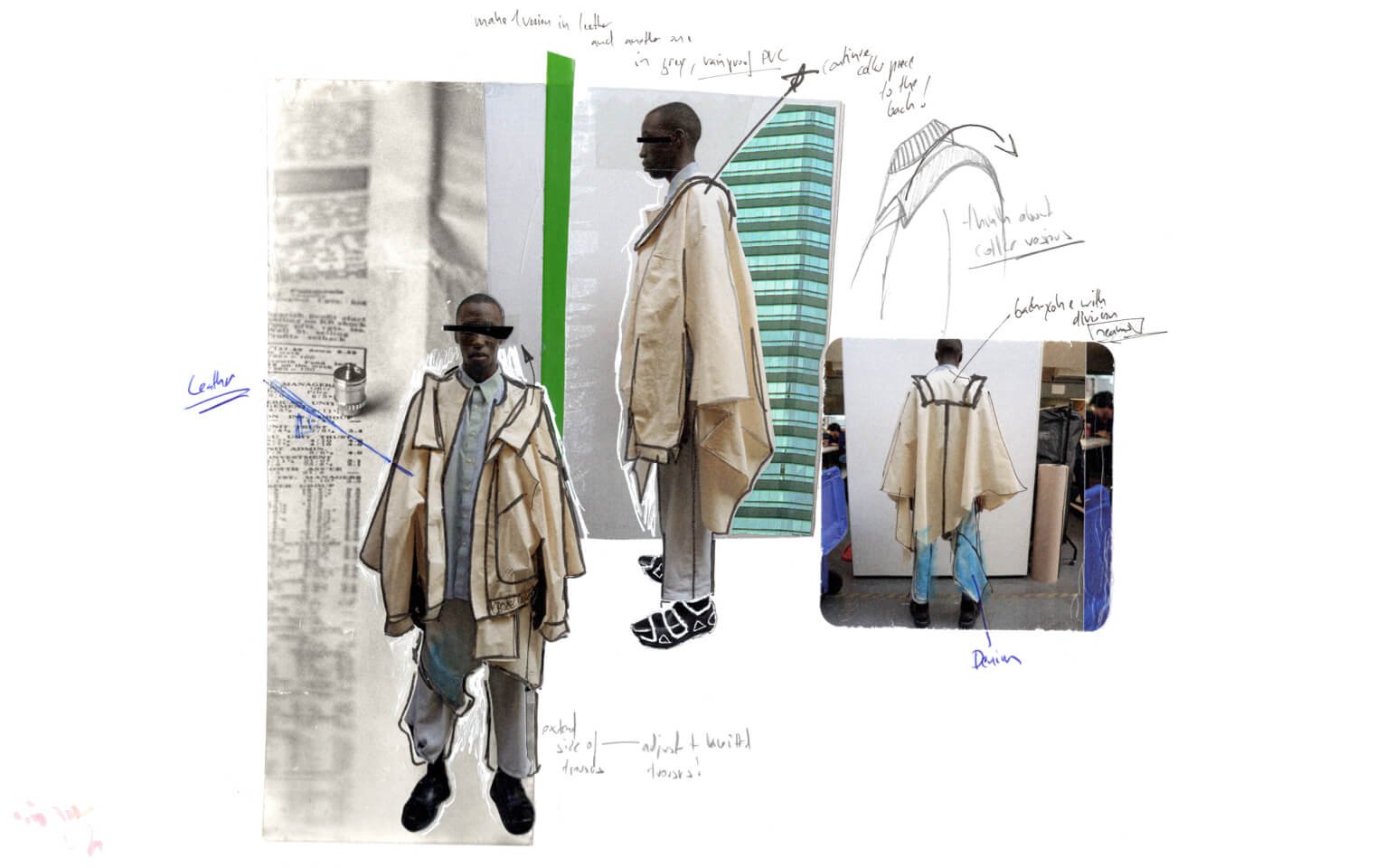 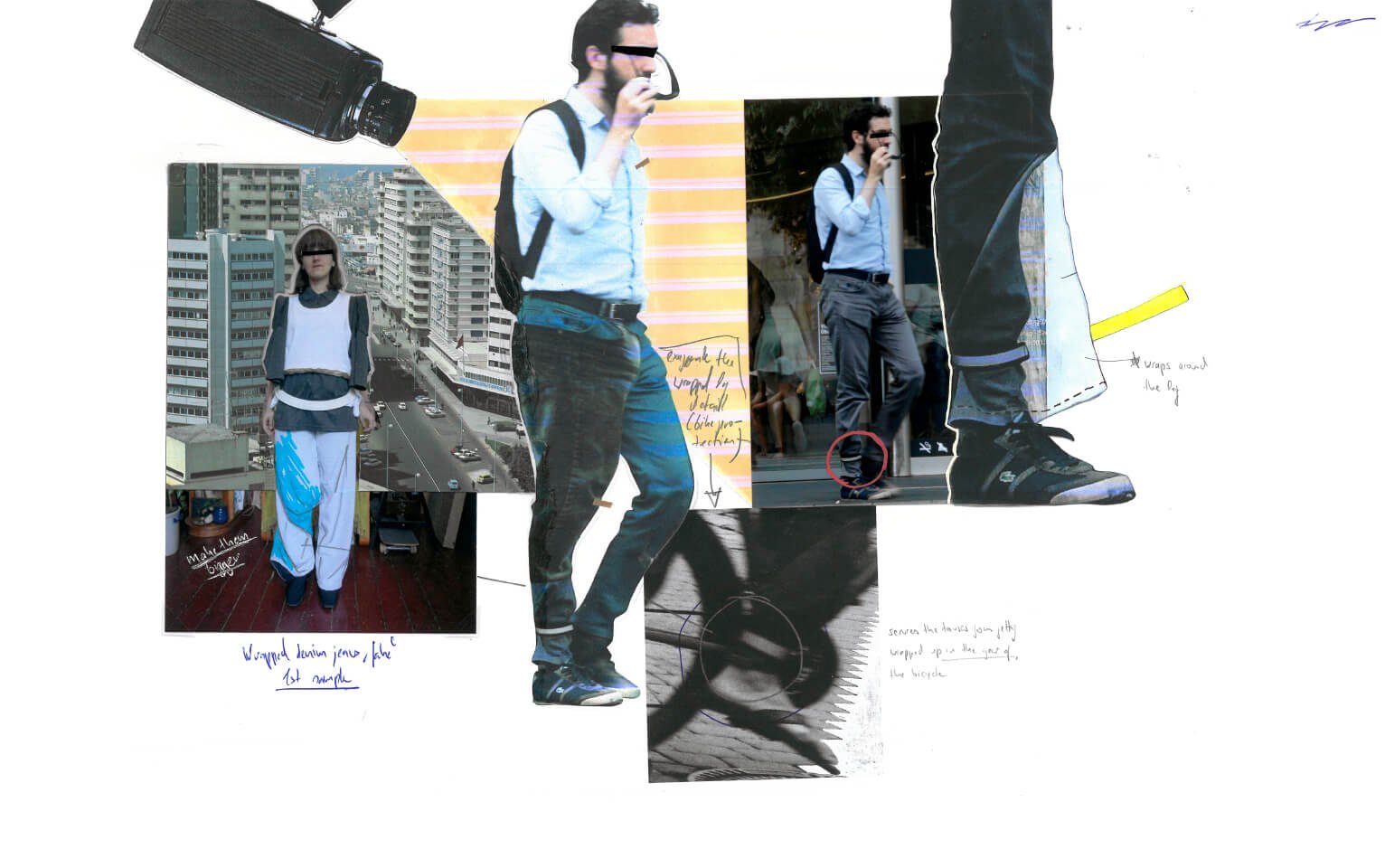 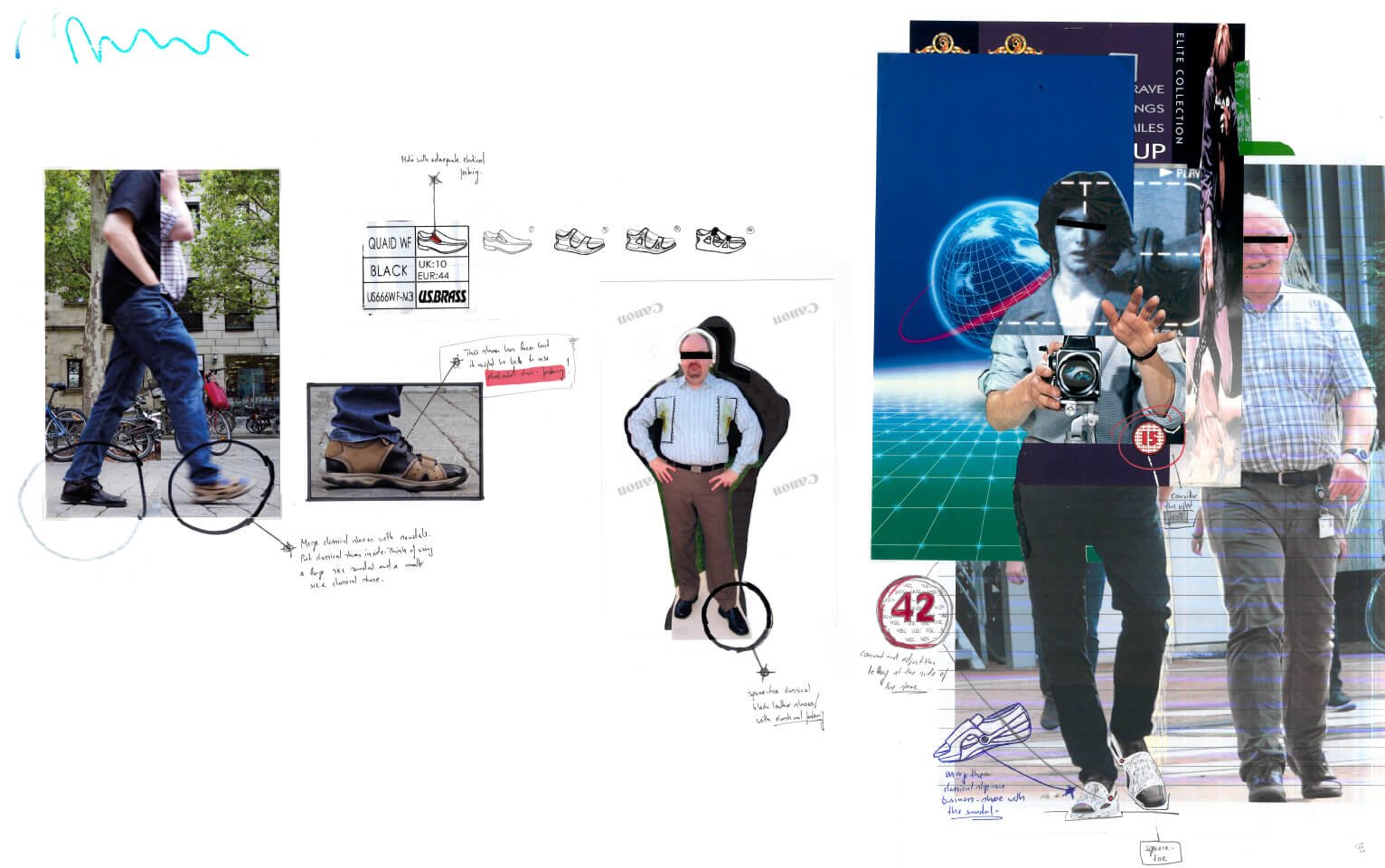 Gabriel Blatterspiel, who often finds himself inspired by ‘the mundane and the underwhelming,’ is from a small town in southern Germany, a town ‘that nobody knows about.’ Neighbouring Nürnberg, Erlangen houses the headquarters of Siemens, a tech company that employs the majority of Erlangen’s population. Although there is no dress code for the workers, everyone dresses alike. ‘I’m exploring this specific behaviour, the choice of dressing the same when there is all the freedom not to do so.’ Blatterspiel, a 28 year old Fashion Design with Marketing student who has worked for Noemie Sebayashi in Paris and Dilan Lurr in Antwerp, built his graduate collection around his covertly shot photographs of the male Siemens employees. An ill-fitting suit jacket, oversized formal trousers, outsize tailoring, reconstructed grey raincoat and deconstructed pinstripe shirts; Blatterspiel’s collection – titled Uniform by Choice – seeks out and exaggerates the ‘individuality in sameness’ in the examples of universal, everyday menswear.