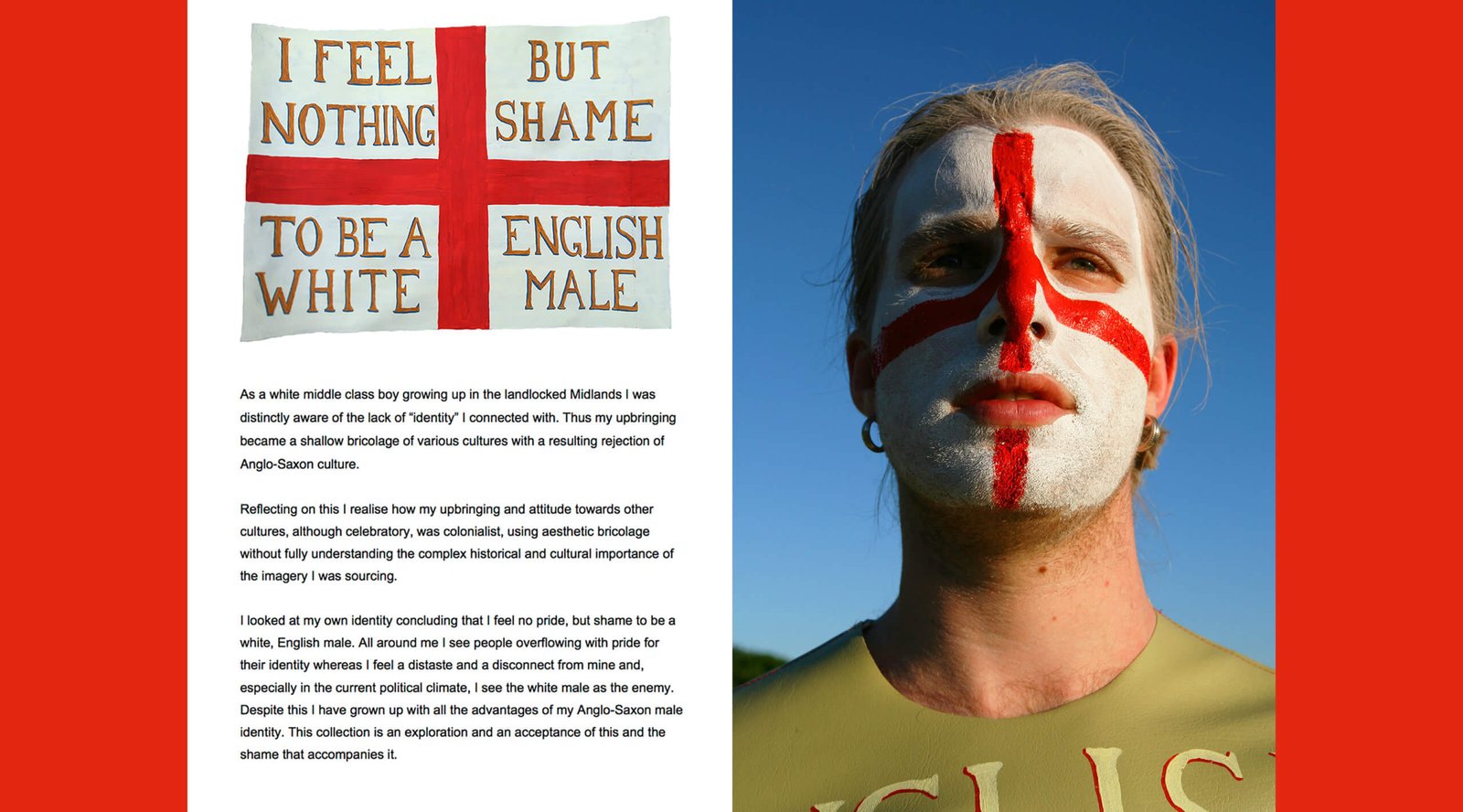 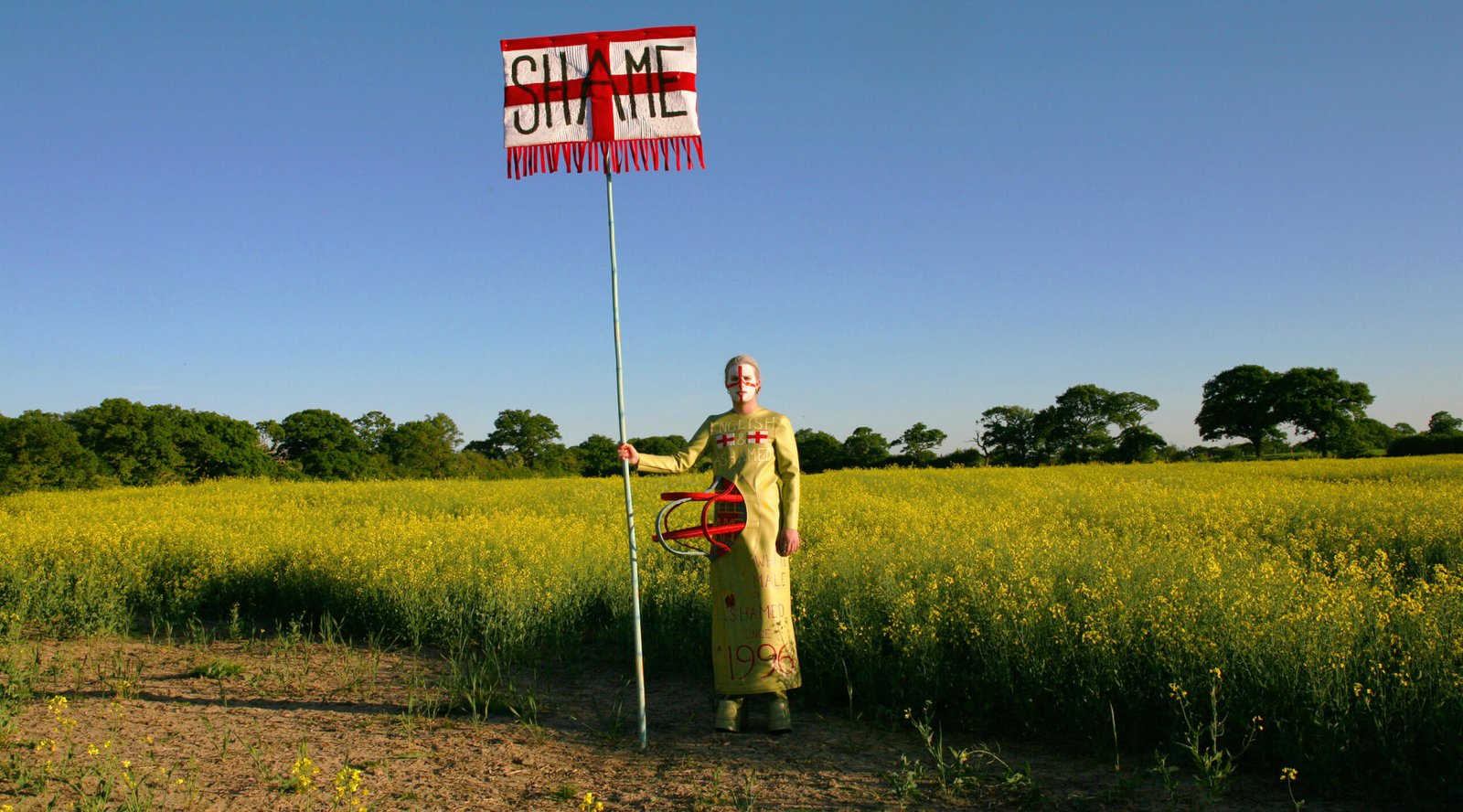 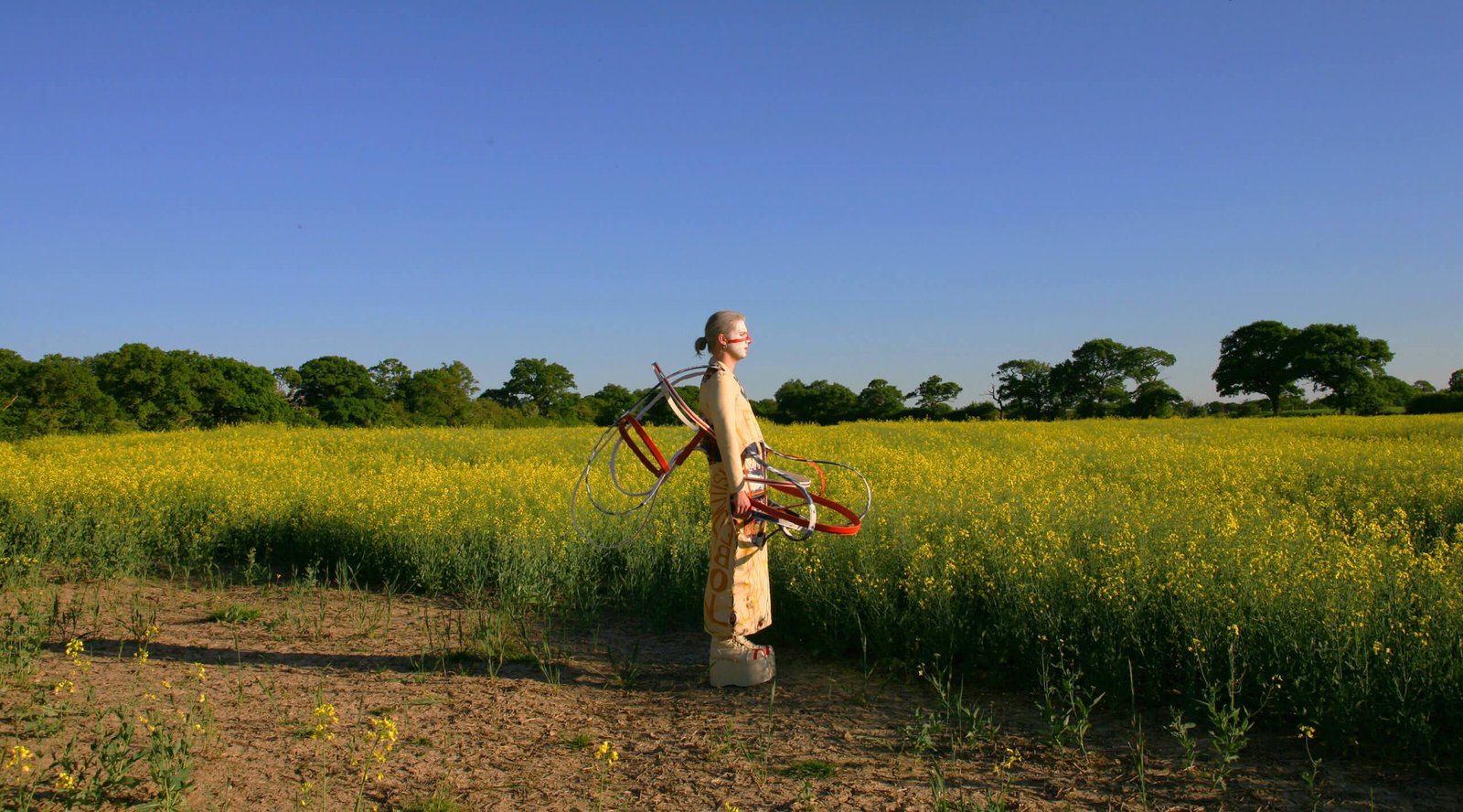 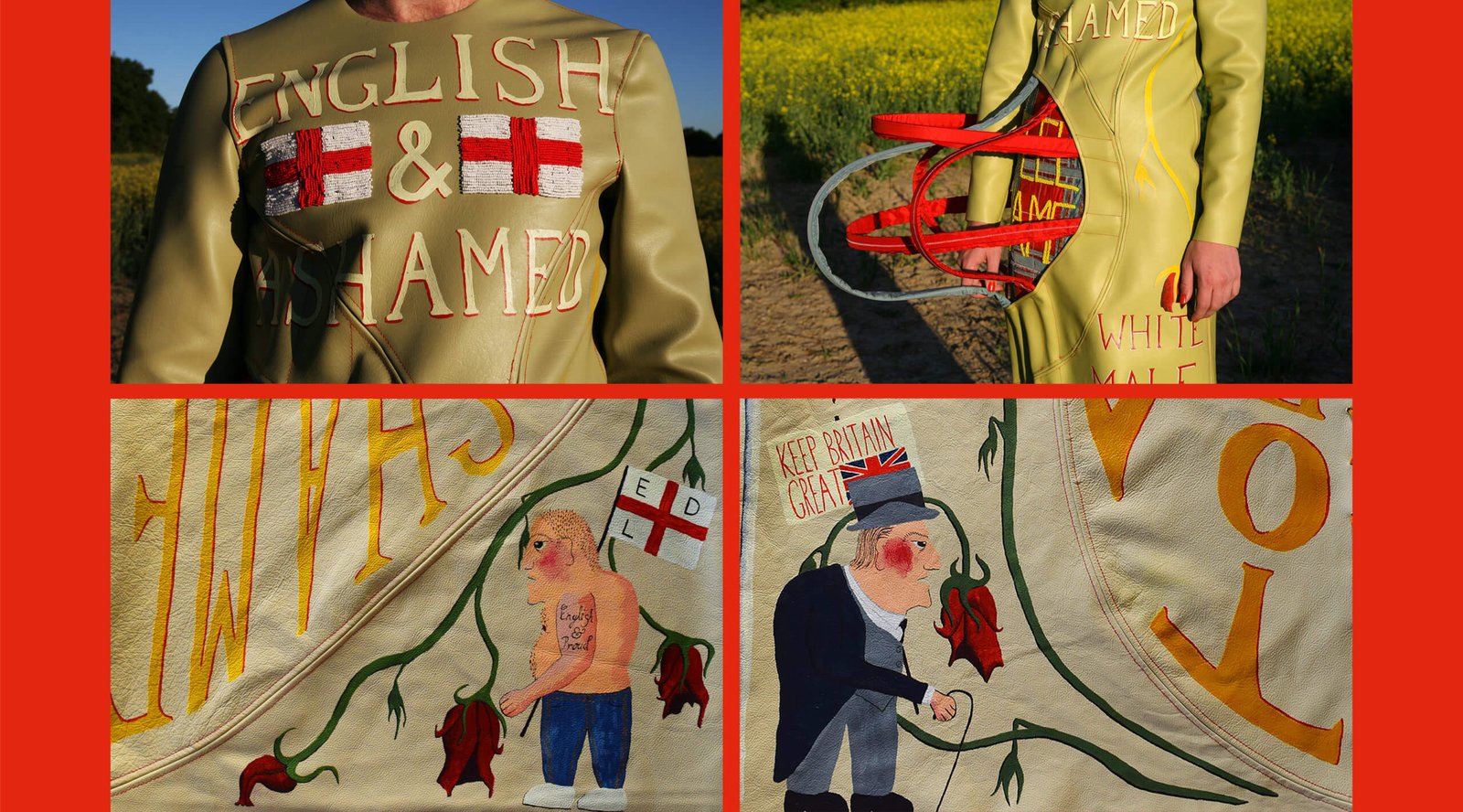 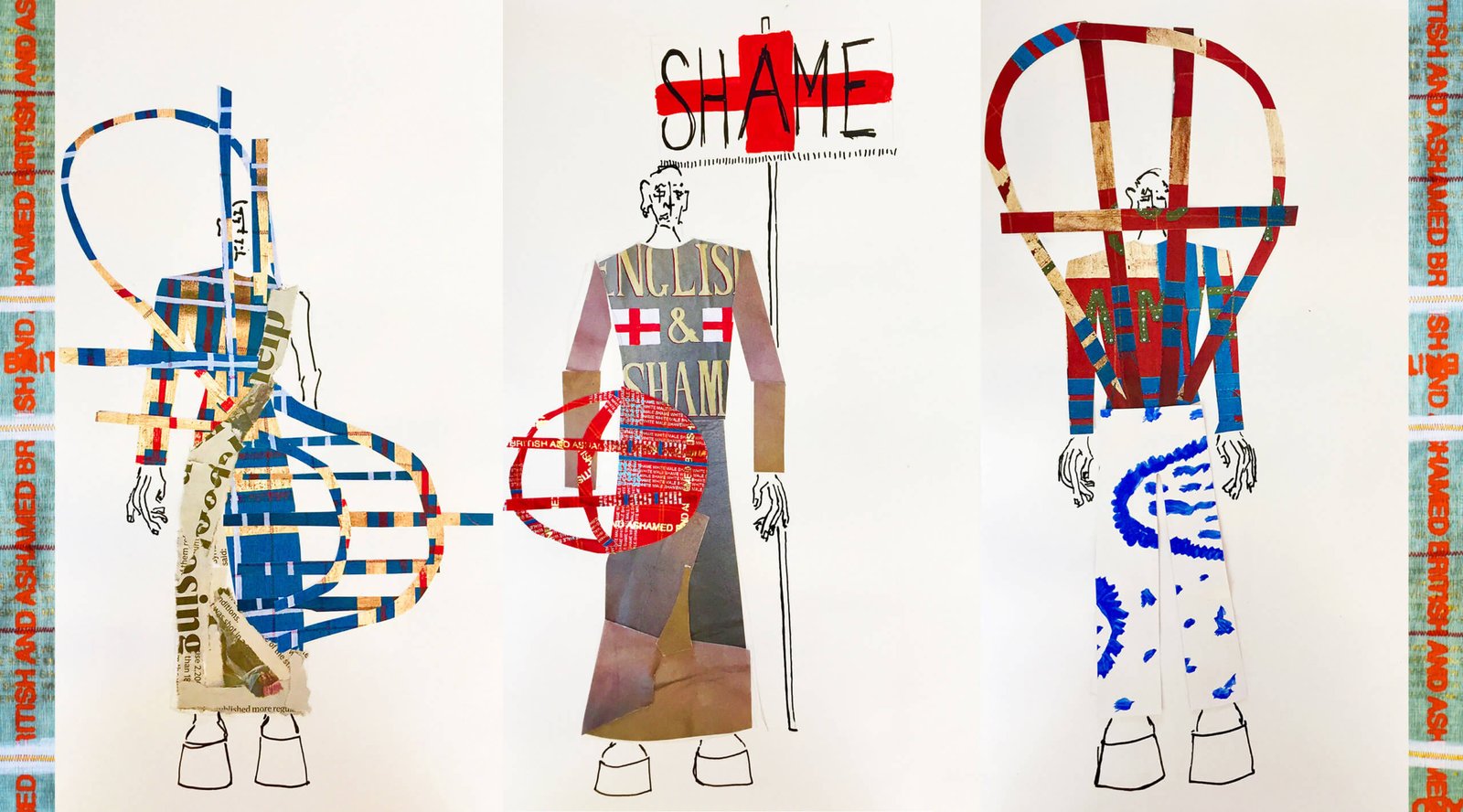 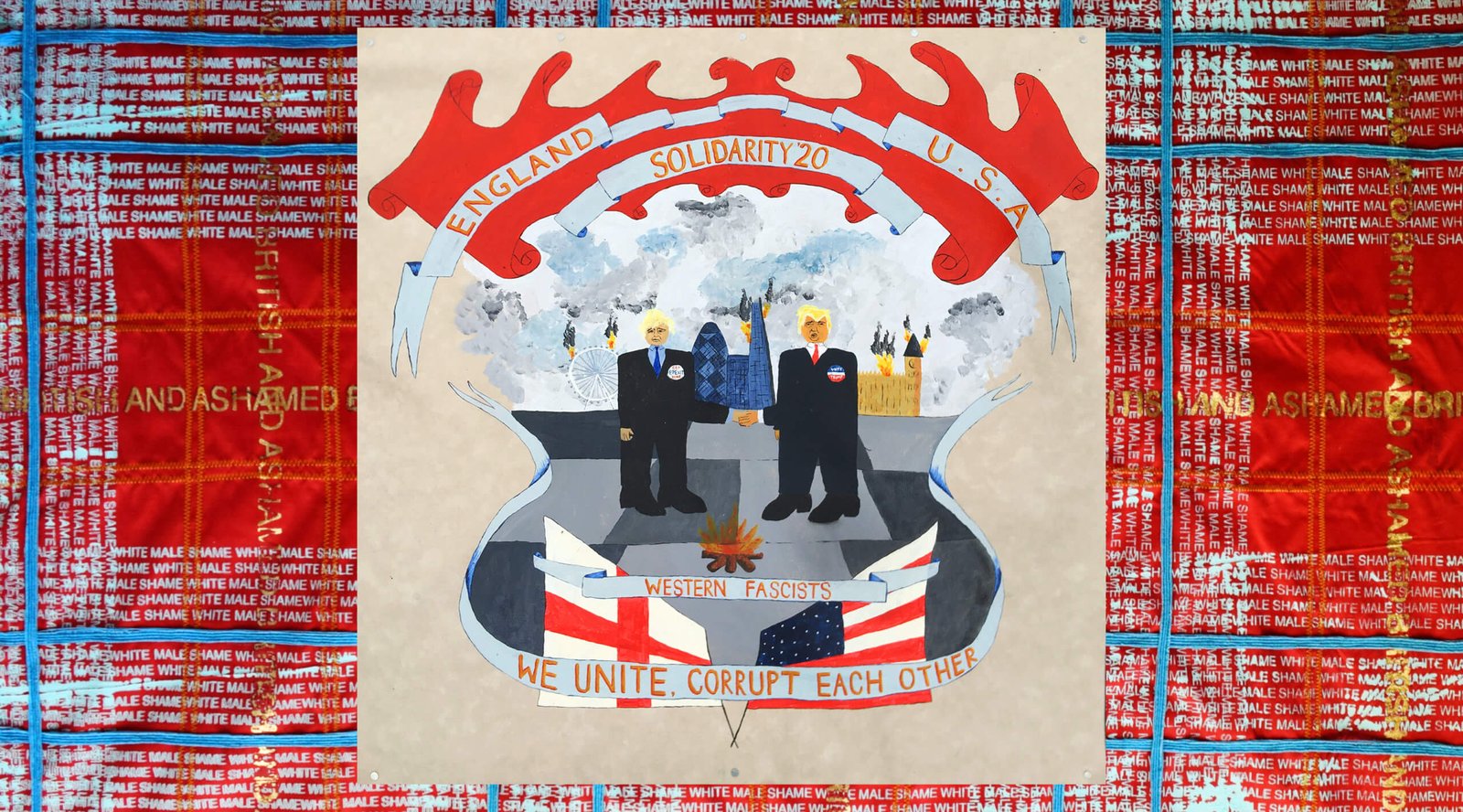 23 year old Gus Langford is from Shropshire England and interned for Mowalola and Nick Royal. Graduating Fashion Print at Central Saint Martins, his introspective graduate collection explores his British upbringing around objects of other cultures. Langford reflects on this as he contemplates his own heritage, and the disconnect he feels from it. ‘I started to look at my own national identity concluding that I felt no pride, but shame to be a white English male,’ he confesses. Although there is no traditional graduate show, he has used film to express his sentiment. ‘I really enjoyed the video-making process as a way of conveying my message in as powerful a way that I could with much more emphasis on sound and atmosphere,’ Langford clarifies. In the future, he is looking into artists in residence schemes, in the hope of creating his own studio and pushing his work into a fine art context. Langford has tapped into his exploration of his own white shame, resulting in a thought-provoking collection.