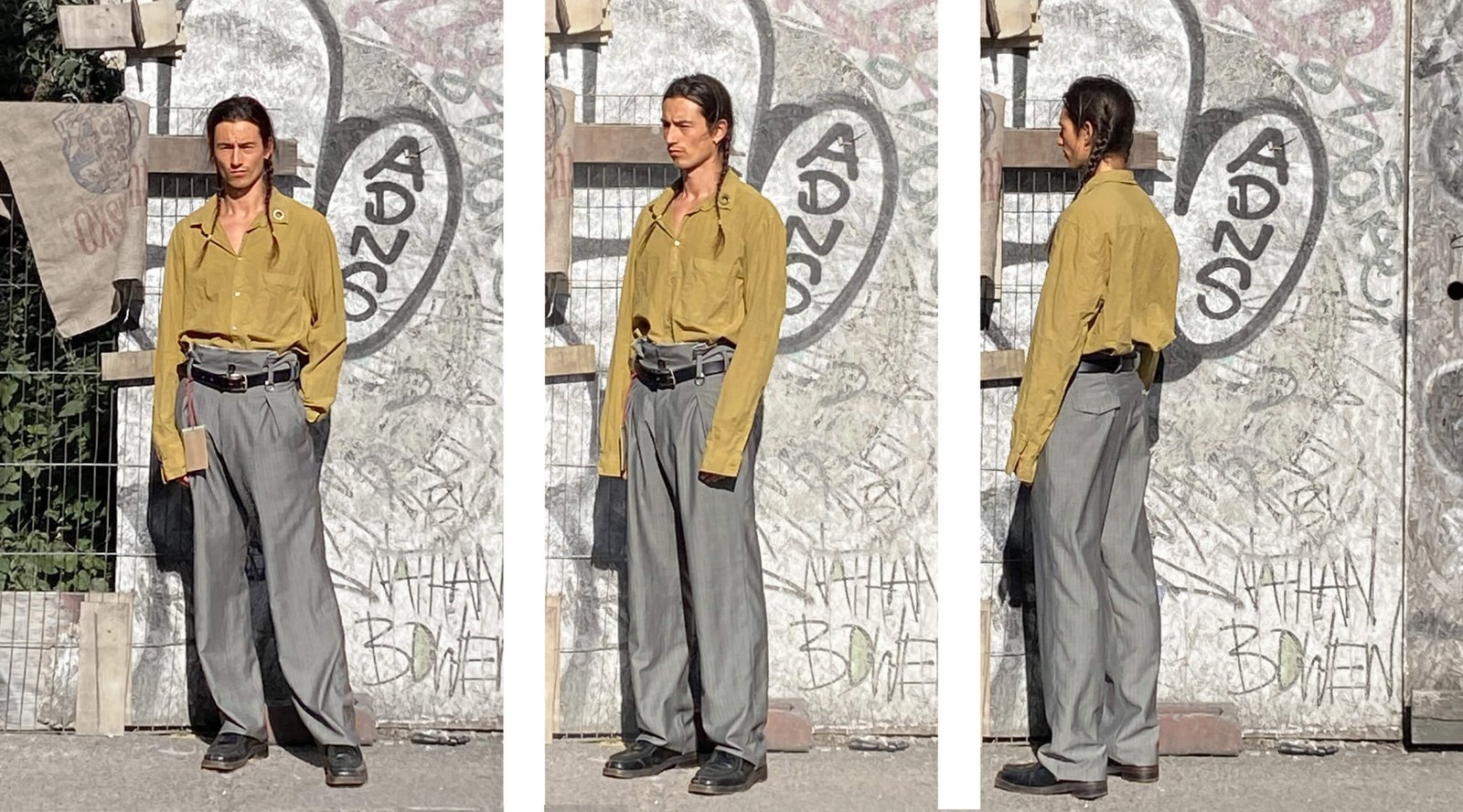 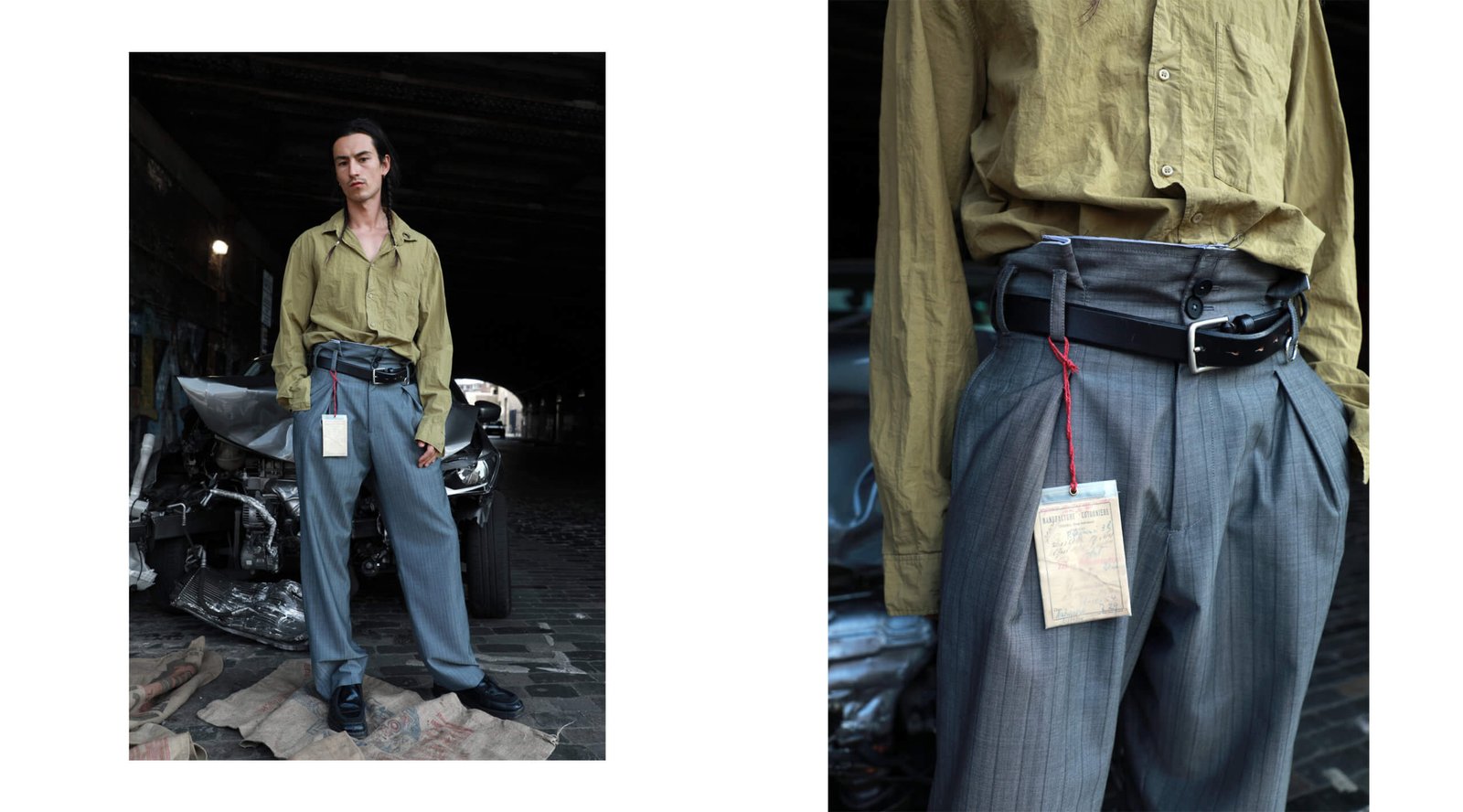 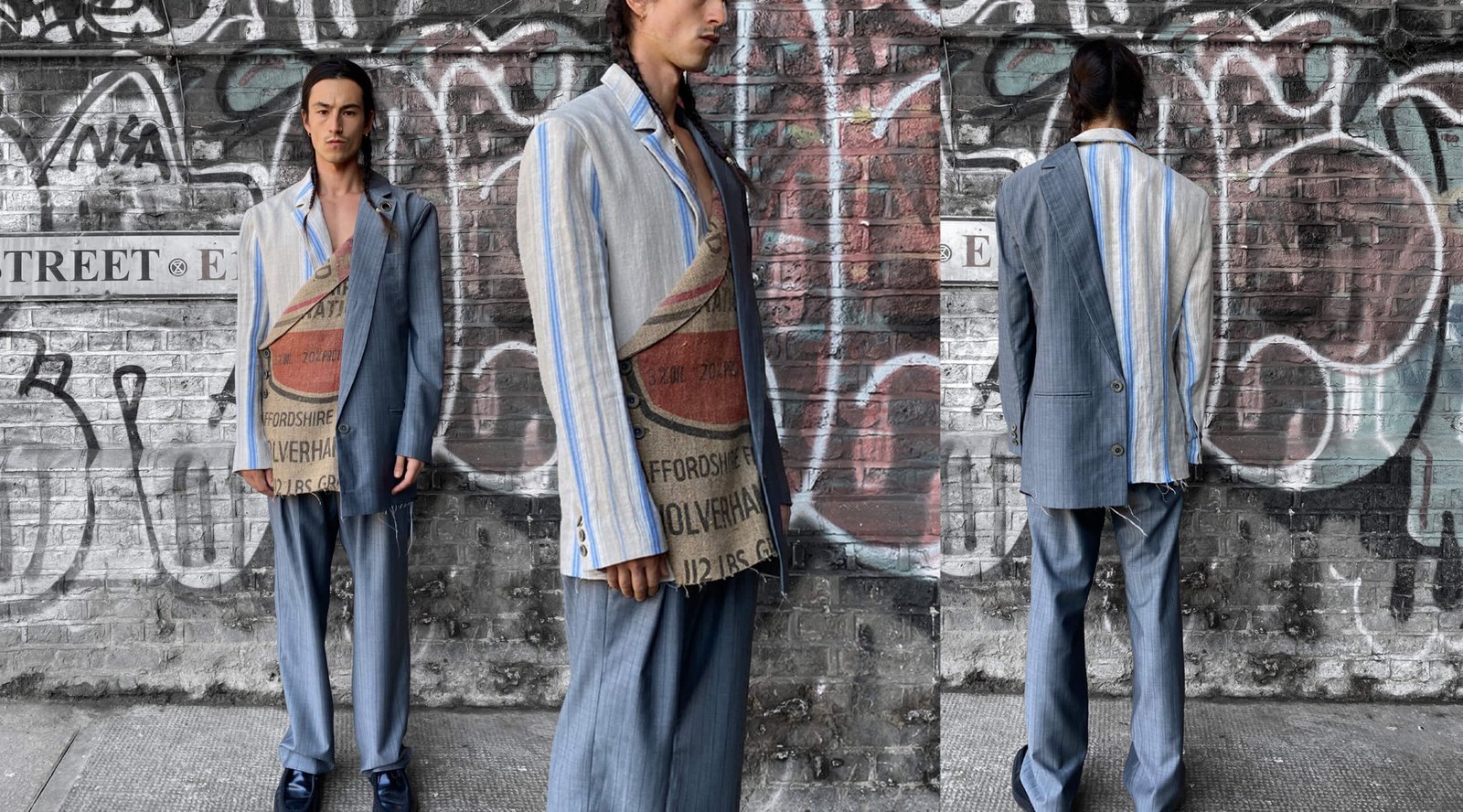 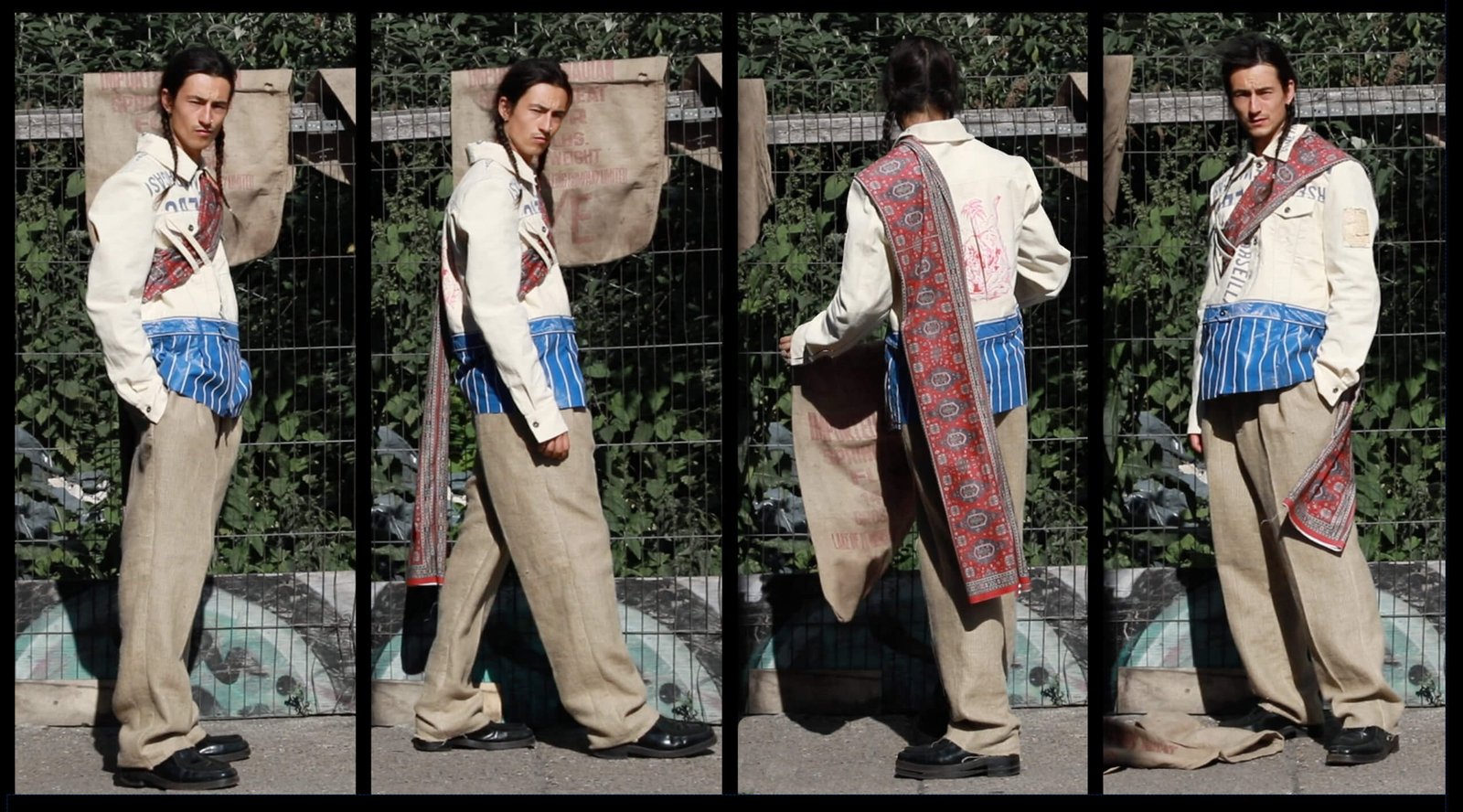 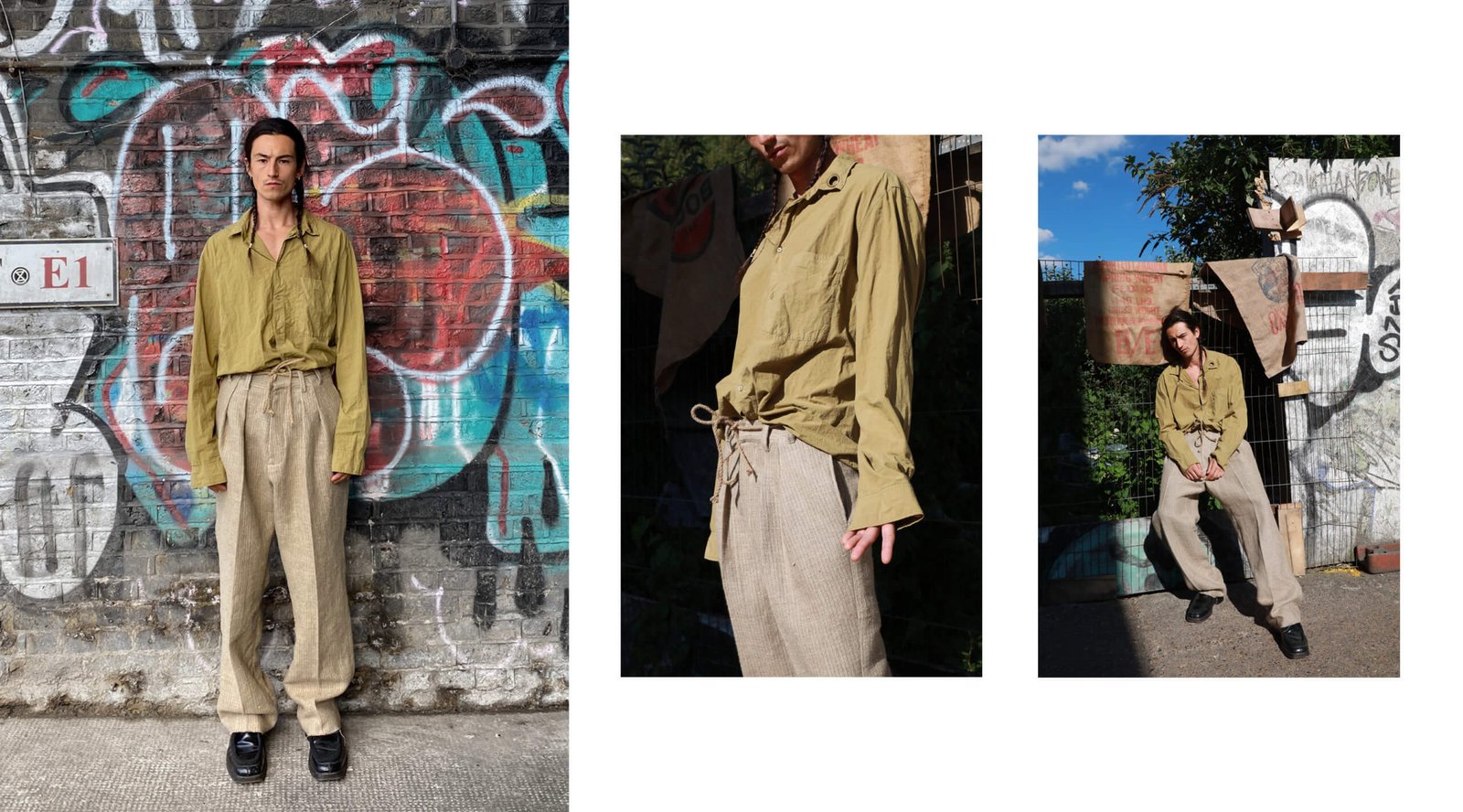 29 year old Hojun Ko from Seoul interned at Eudon Choi and Liam Hodges during his placement year, while working as a cook’s assistant in a Korean restaurant. His graduate collection was inspired by an image he saw in Life magazine, which portrayed refugees from Serbia and Syria. His admiration for their day-to-day outfits, especially those of children who were often pictured wearing clothes that were too big, influenced his colour palette and silhouettes. Ko travelled to Serbia to photograph the refugees himself. ‘Refugees wear clothes, not to show off, not to dress smart. Just for fundamental reasons. I focused on the details, like scarfs, and mixed contrasting elements from coats and trousers to create one garment.’ This resulted in triple-layered coats and loose trousers cinched at the waist emulating being held up by a belt. The fabrics he used were upcycled and vintage. The most noticeable being his use of 1950s flour and coffee sacks. Ko hopes to work in London and eventually start his own label.