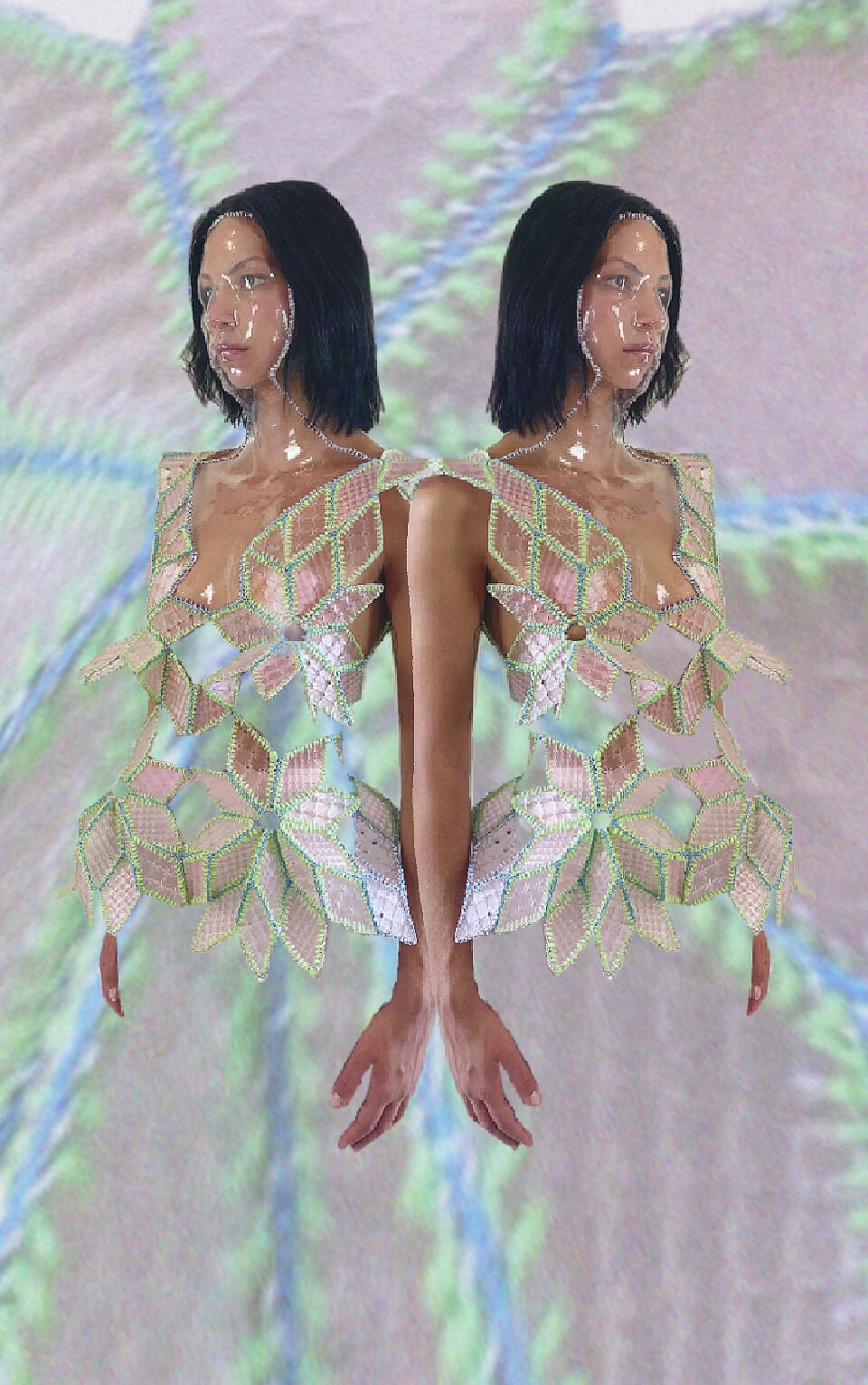 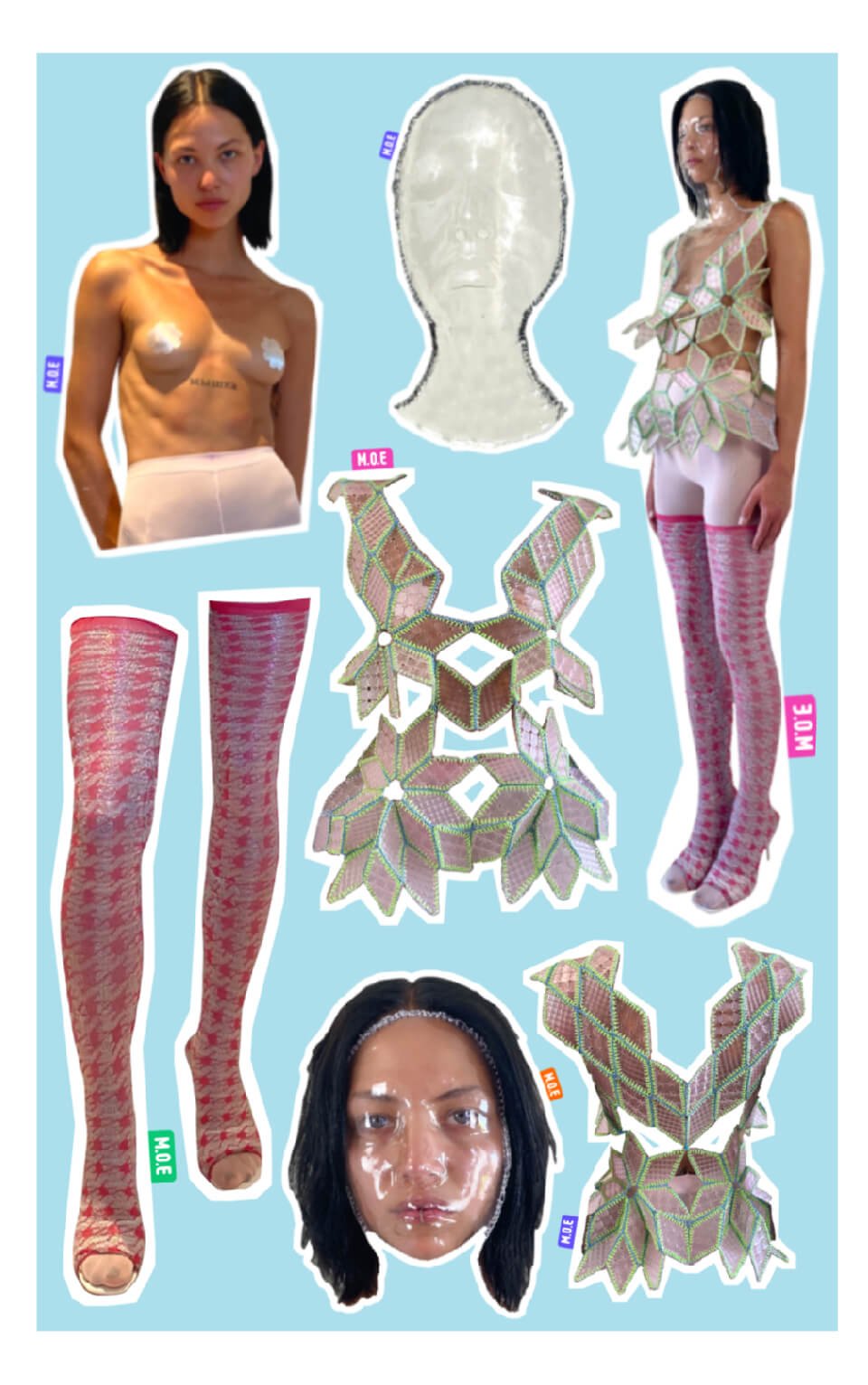 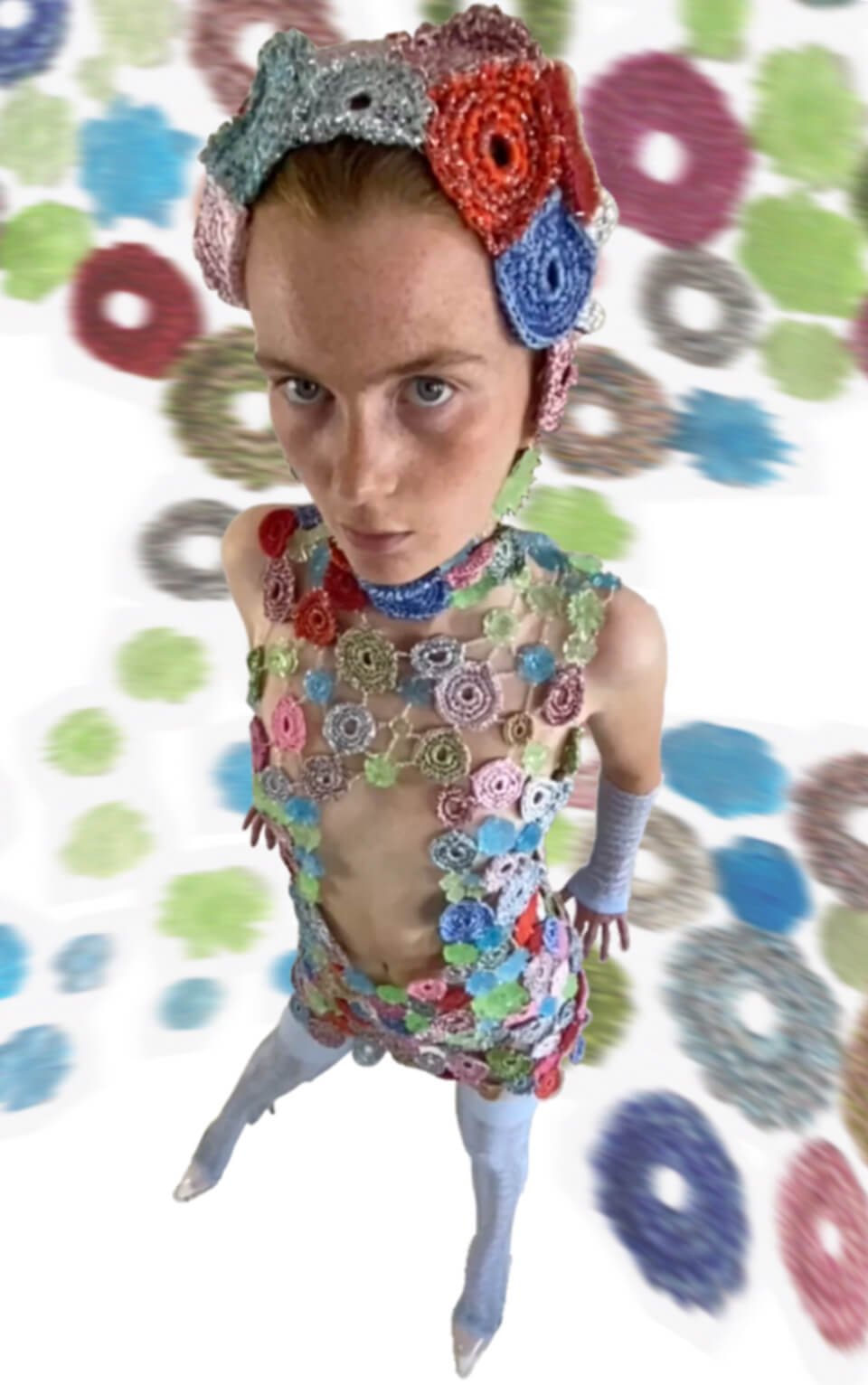 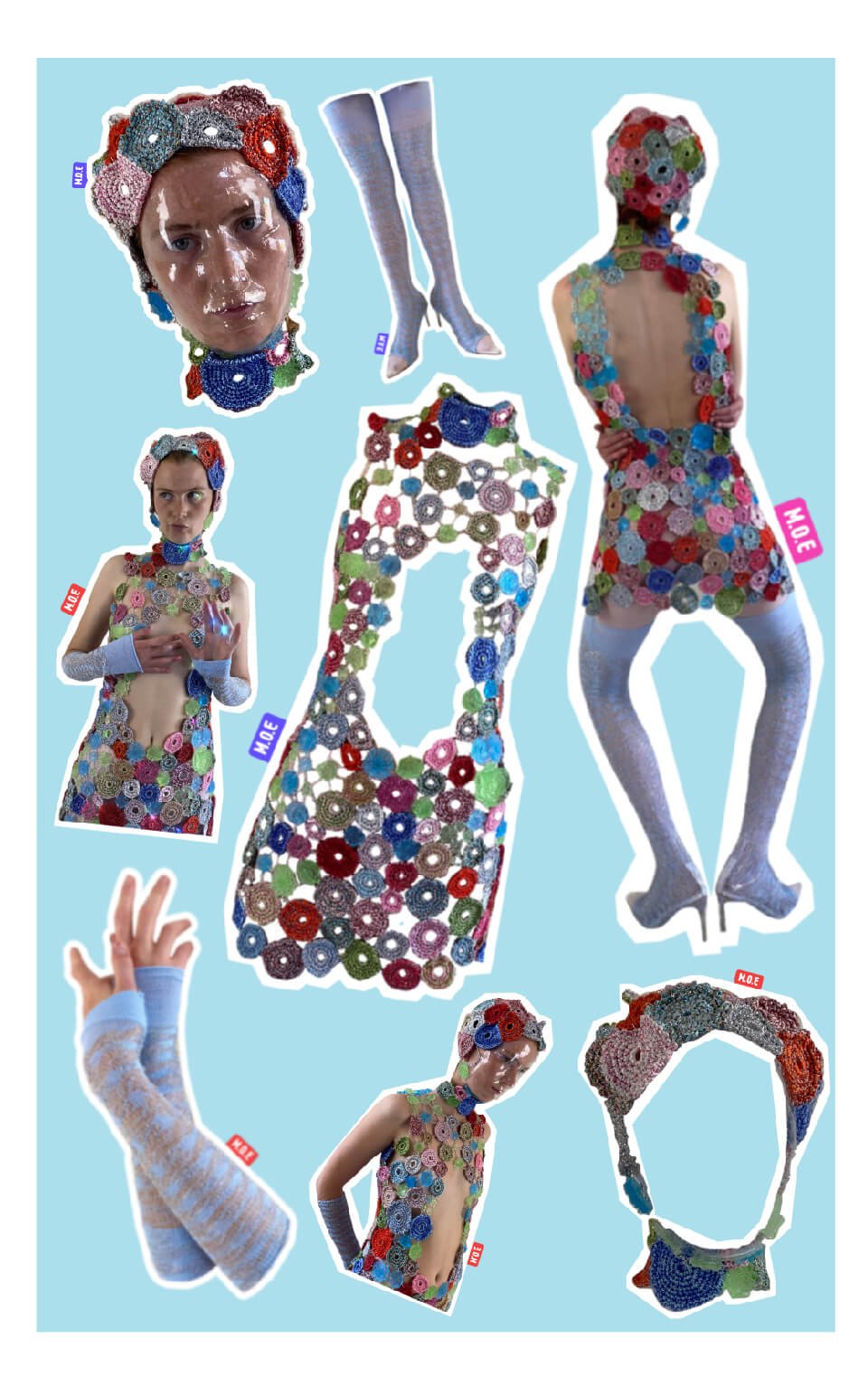 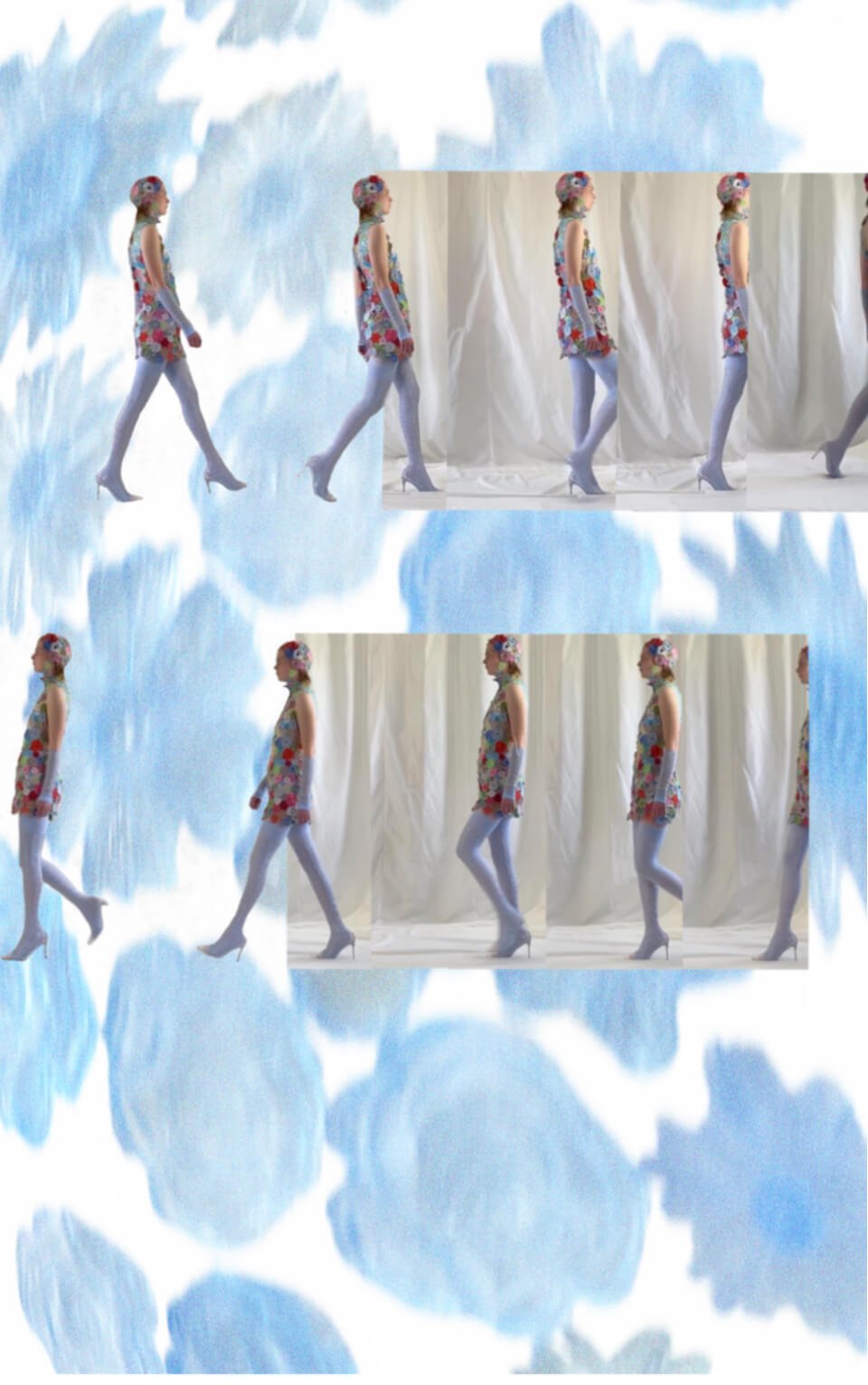 Growing up in South East Asia’s Myanmar, 27 year old Inzali Moe moved to London in 2015 after attending a short-course, which led her to Knitwear at Central Saint Martins. After a six month internship at Chanel, working under Lagerfeld for his final two collections, Moe spent much of the early stages of her graduate project in the 3D workshops. There she developed samples using vacuum forming and plaster casting to create second-skin, ‘protective’ pieces. Then from home in lockdown, using intricate crochet and hand embroidery, these samples were manipulated and pieced together to make her final outcomes. ‘I wanted my work to speak for itself, that way it can mean anything to anyone,’ she says, her project untitled and intentionally left open for interpretation. Armour-like in appearance, Moe’s moulded masks speak aptly of the times. As does her return to handcraft, and ability to resourcefully make use of what’s in hand.