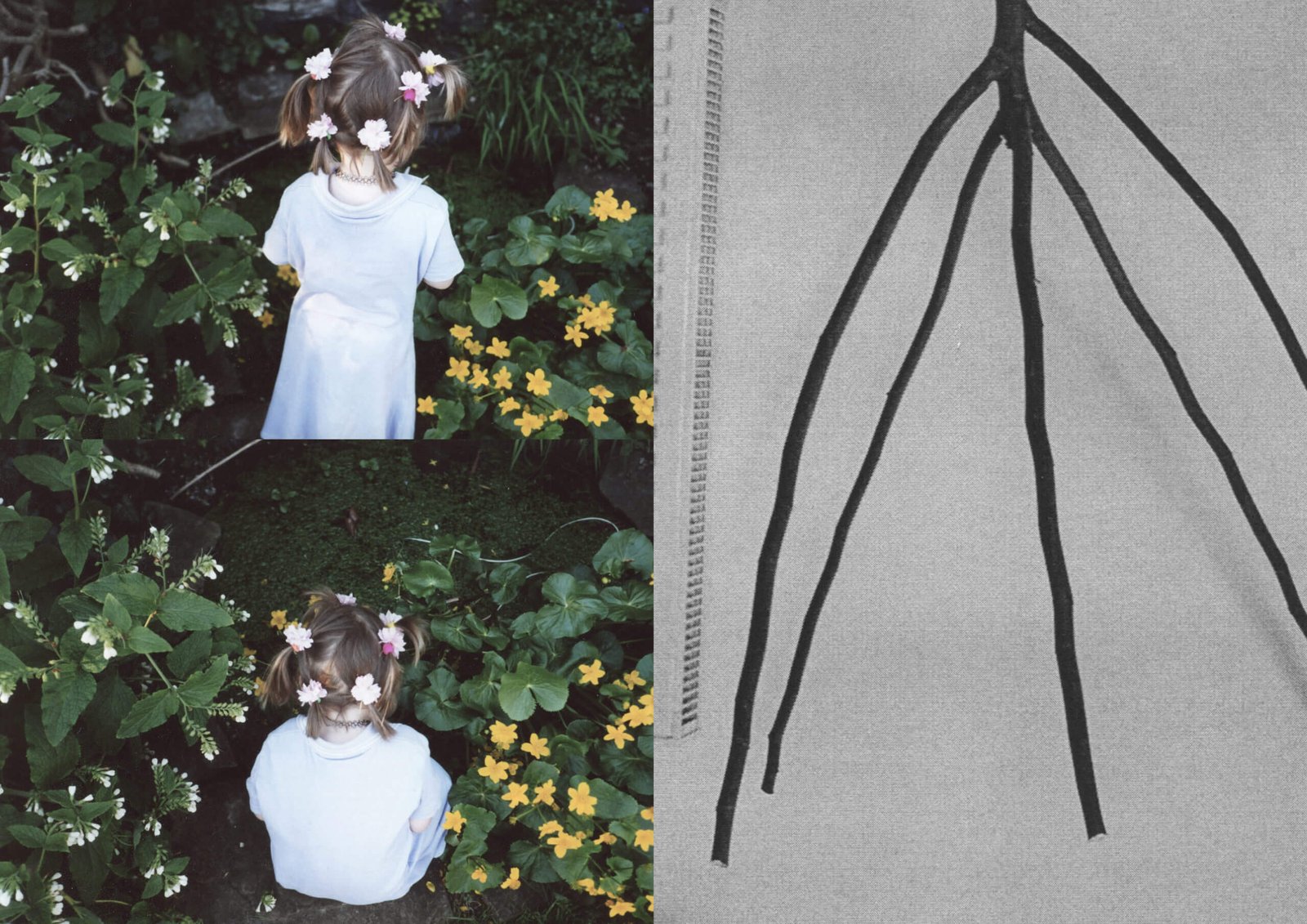 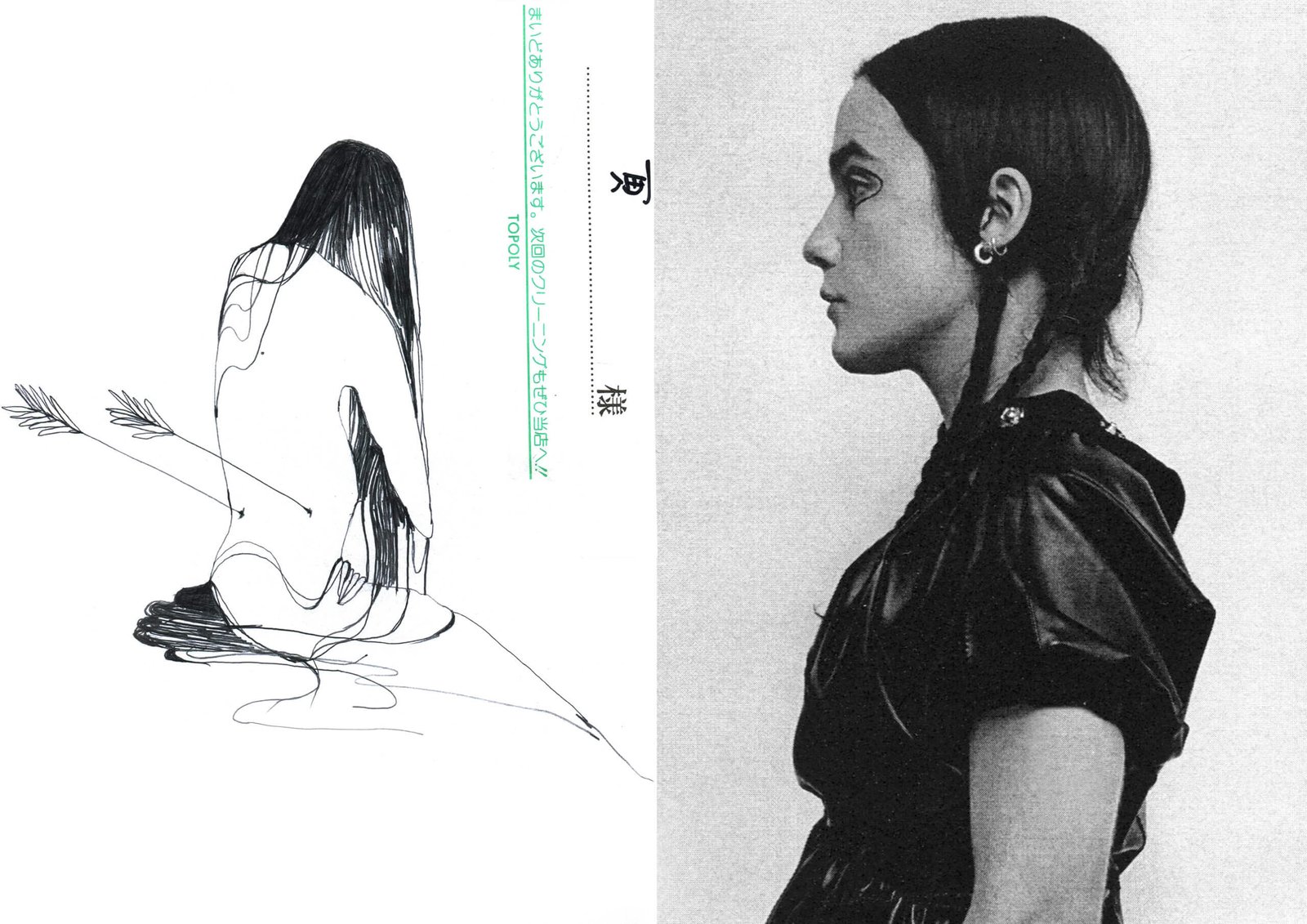 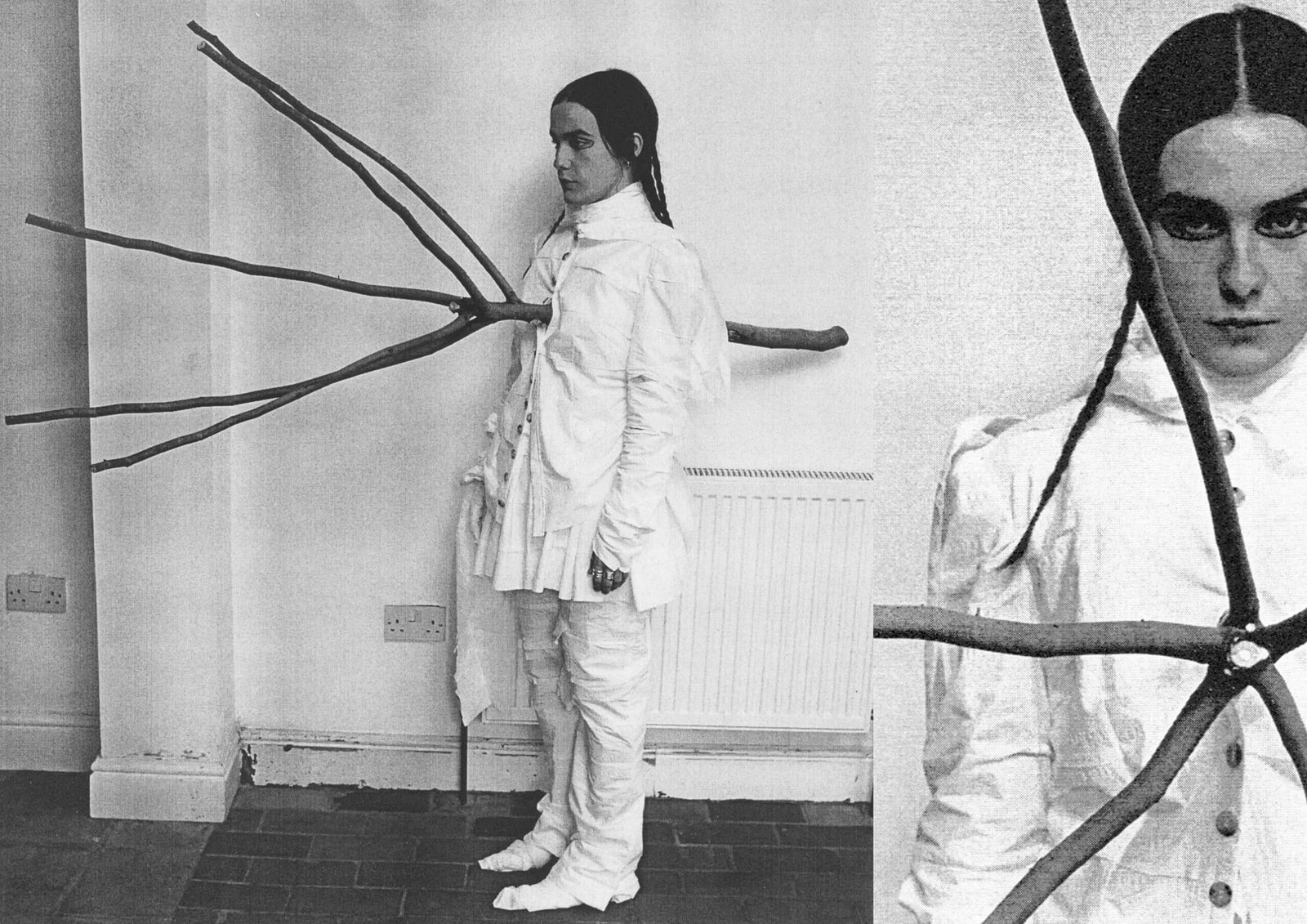 Jamie Sutherland’s final collection has evolved continuously over the past nine months. He began researching when he left CSM for placement. ‘My time was divided between London, Tokyo and my hometown Norwich: between places I dreamt of going, and the place I dreamt them in.’ He began looking at his childhood photos. ‘Comfortable as the only boy wearing dresses at school, I had a carefree autonomy which still surprises me today.’ Aged nine, he made a project about Japan. Comparing this with his experiences when visiting, he realised he had built an imaginary Japan as an escape. ‘I began to understand that this place did not exist, and perhaps nothing I had imagined when I was younger was true at all. I see my childhood as a capsule of joy, but within these idealised memories lies a submerged darkness. This realisation became the catalyst for my collection.’ The branch he used is from the tree outside his childhood bedroom window, ‘the one I looked at every night as I imagined my life at Saint Martins. This is where it all began, and I have returned here for the end.’