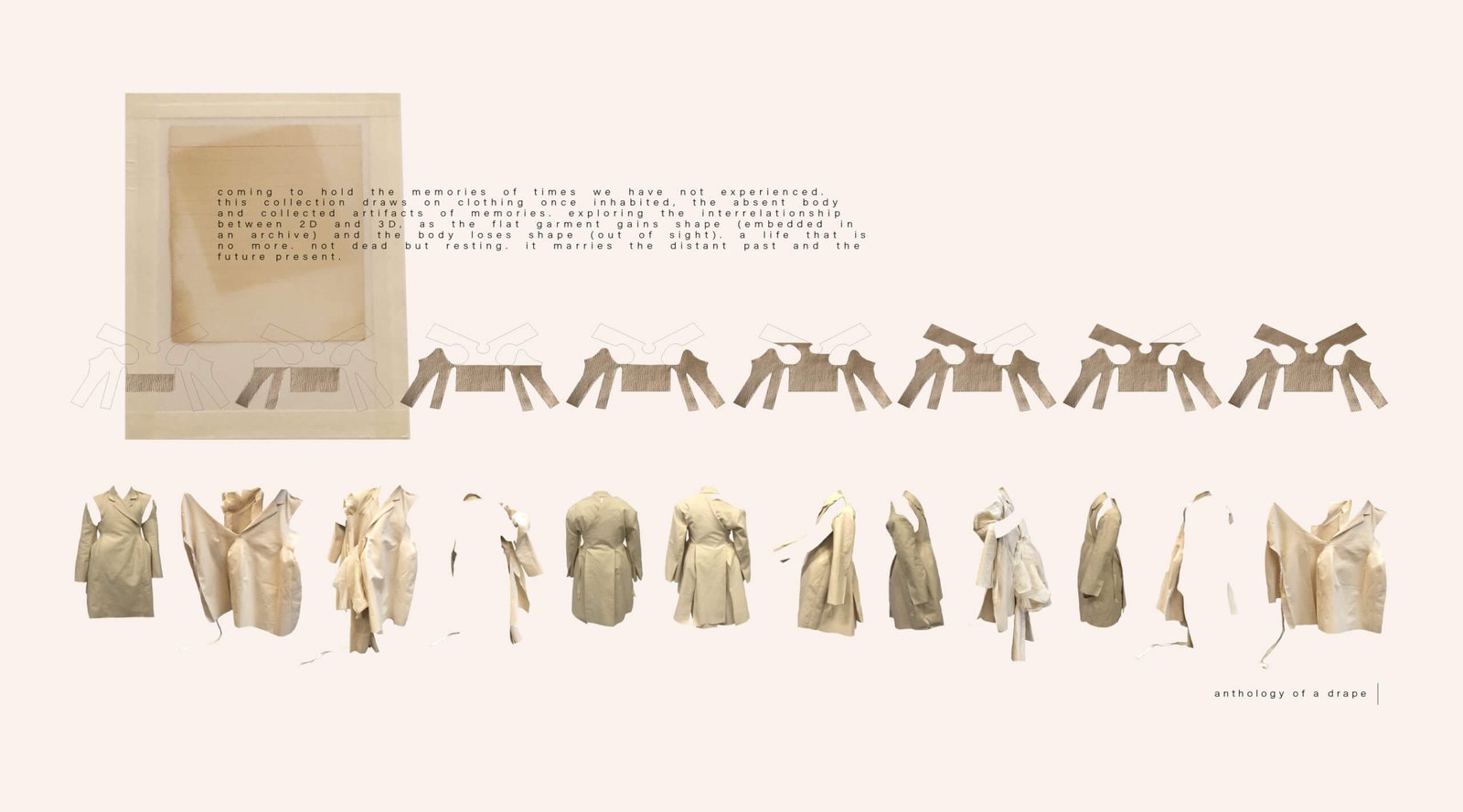 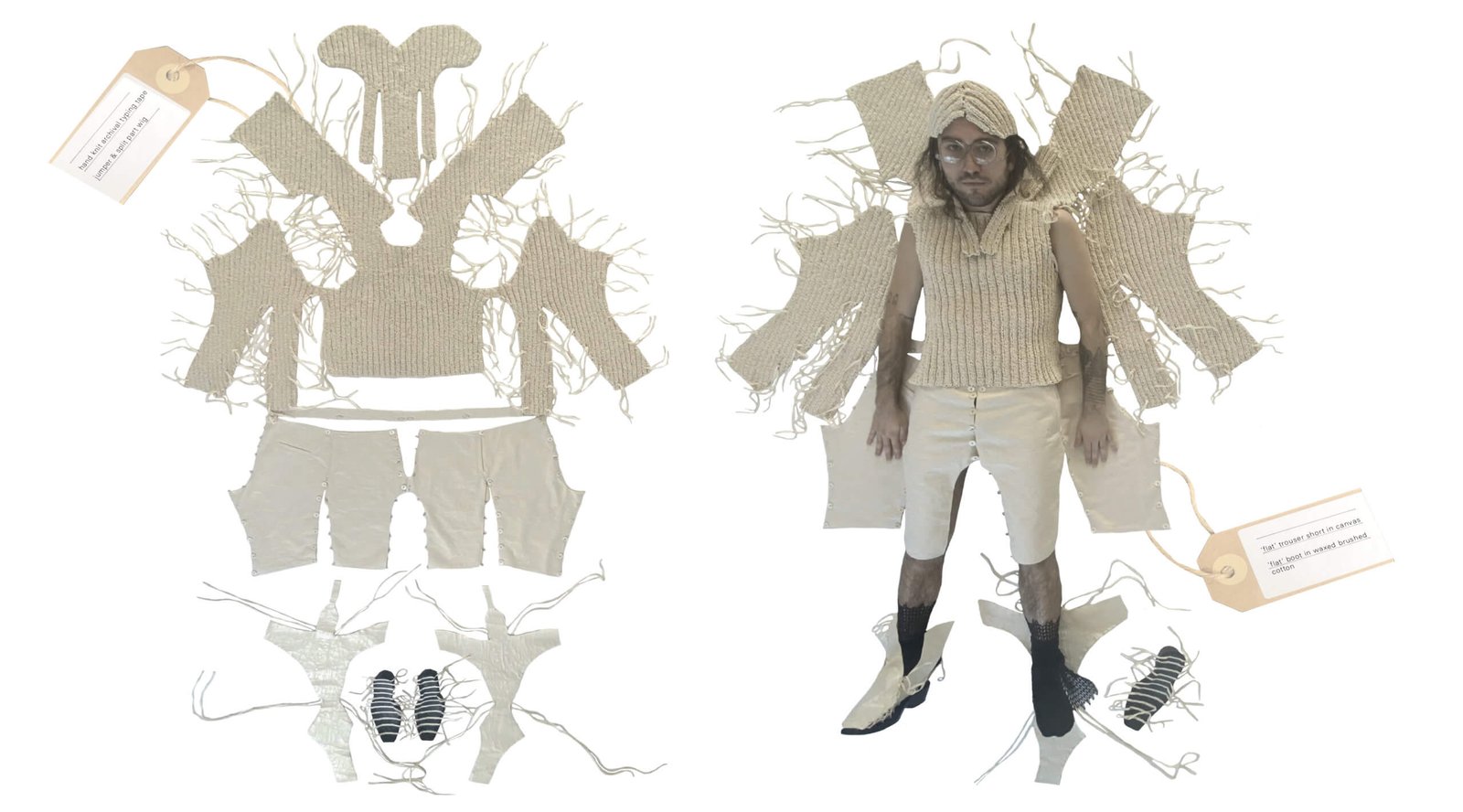 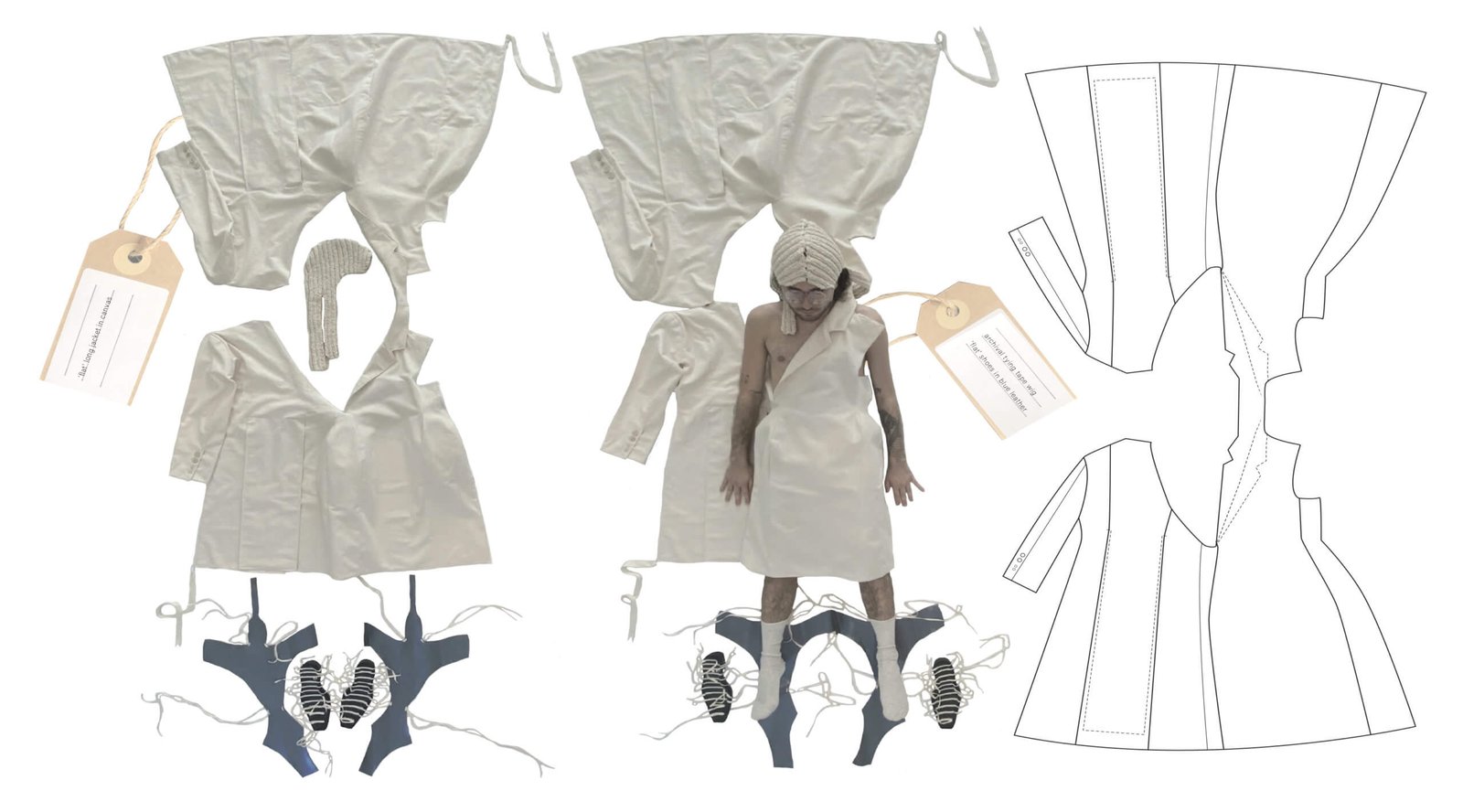 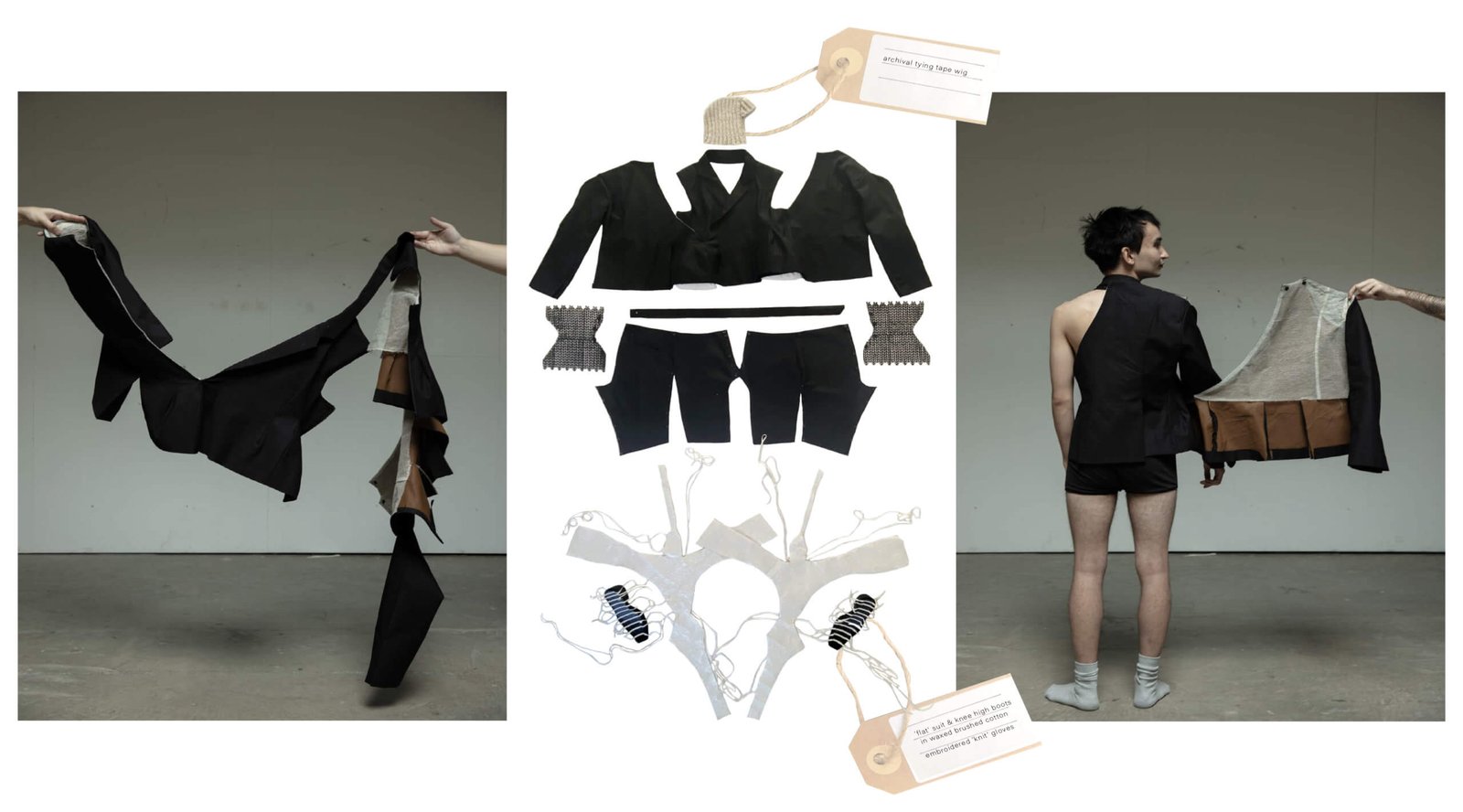 Jeremy James is a 23 year old knitwear designer who grew up in Northport, a small town only an hour away from Manhattan. During his placement year at Central Saint Martins, James returned to New York to intern at Thom Browne, a company he professes is his dream to work for after graduating (and The Row). Interested in the history garments offer, carrying the experiences of each person who’s worn them, James started his research for his final collection a year ago, touching upon the idea of memory and nostalgia. A private tour of the V&A archive guided his research, helping him understand the disparities of a garment between being stored and being worn. Making work during the pandemic he admits, was hard. Luckily enough, the designer found himself quarantined with a talented group of friends who helped him through the process and the making of his film. Due to the situation, James found himself as the model, wearing his own collection which was not the original plan, on the other hand, he admits that it was nice to bring it ‘full circle,’ through from the thought process, creation and presentation.