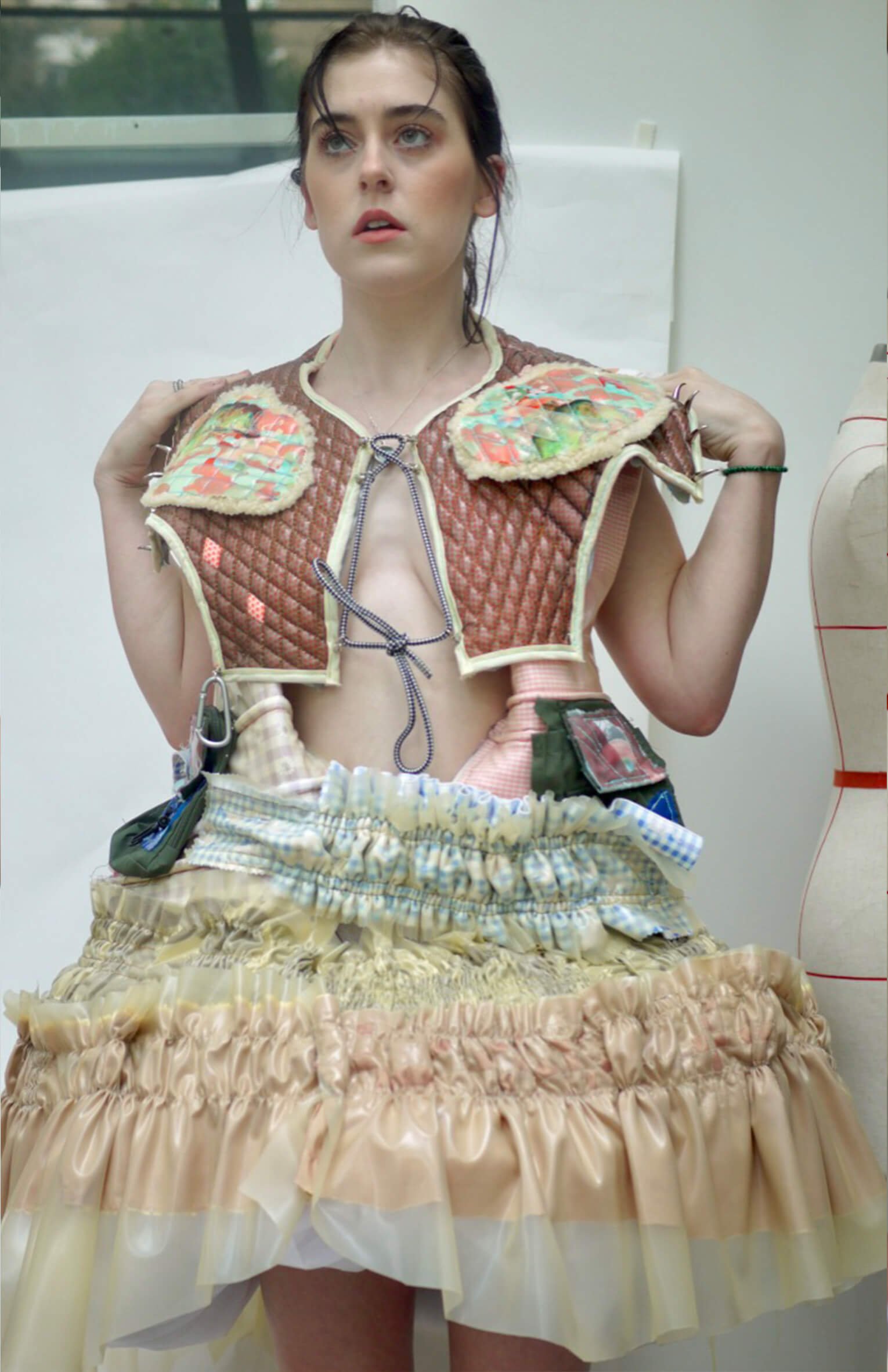 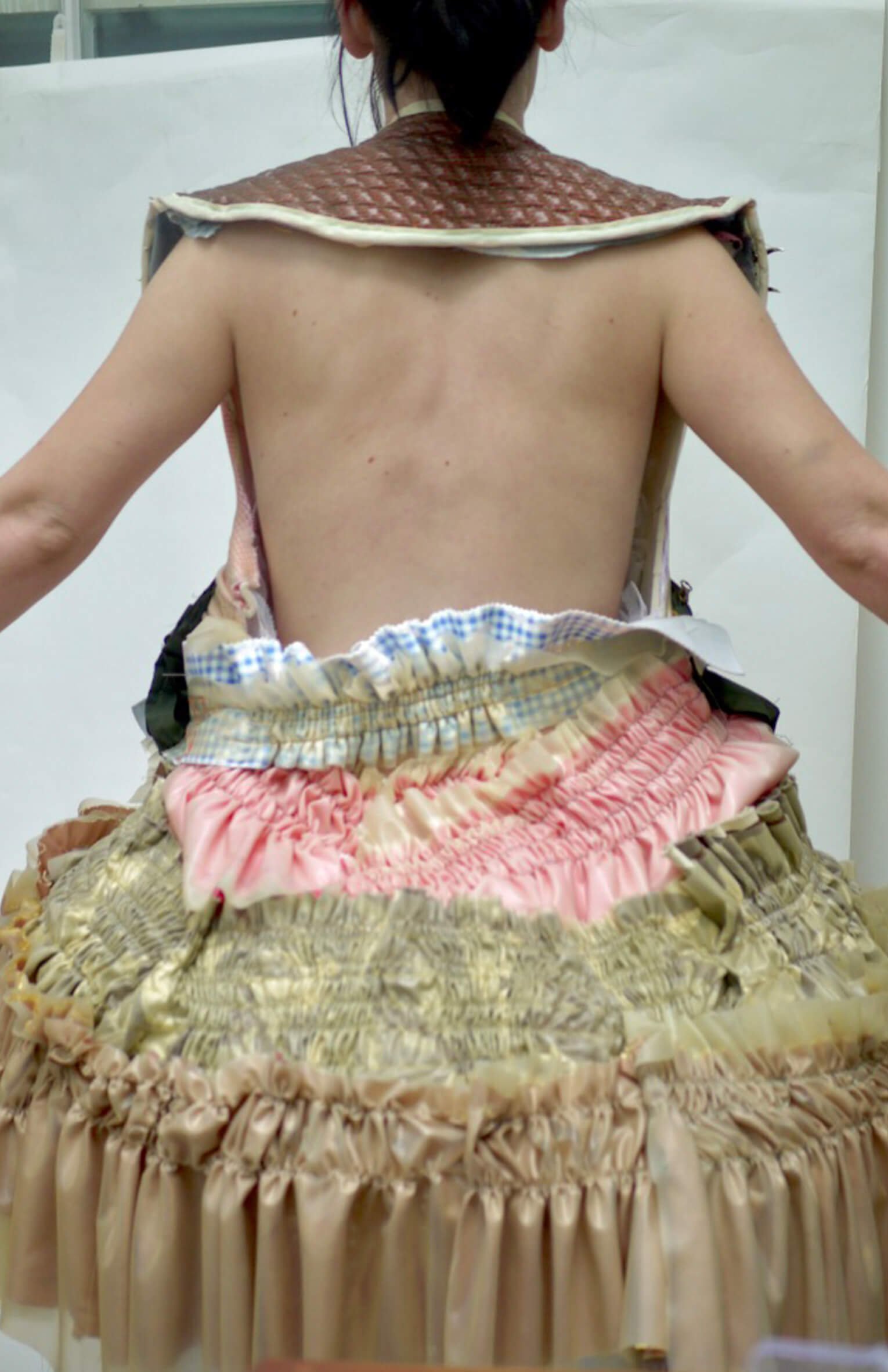 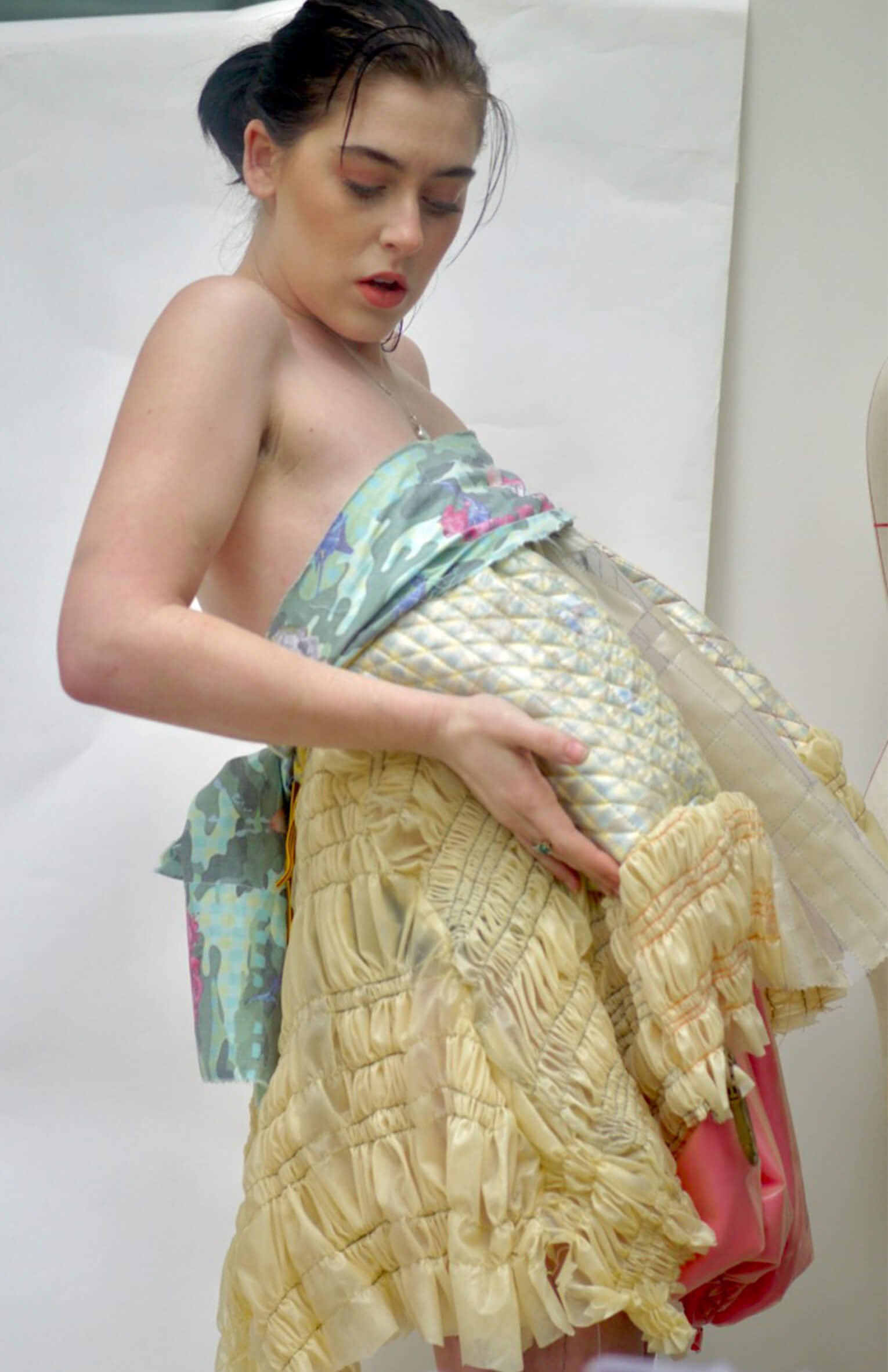 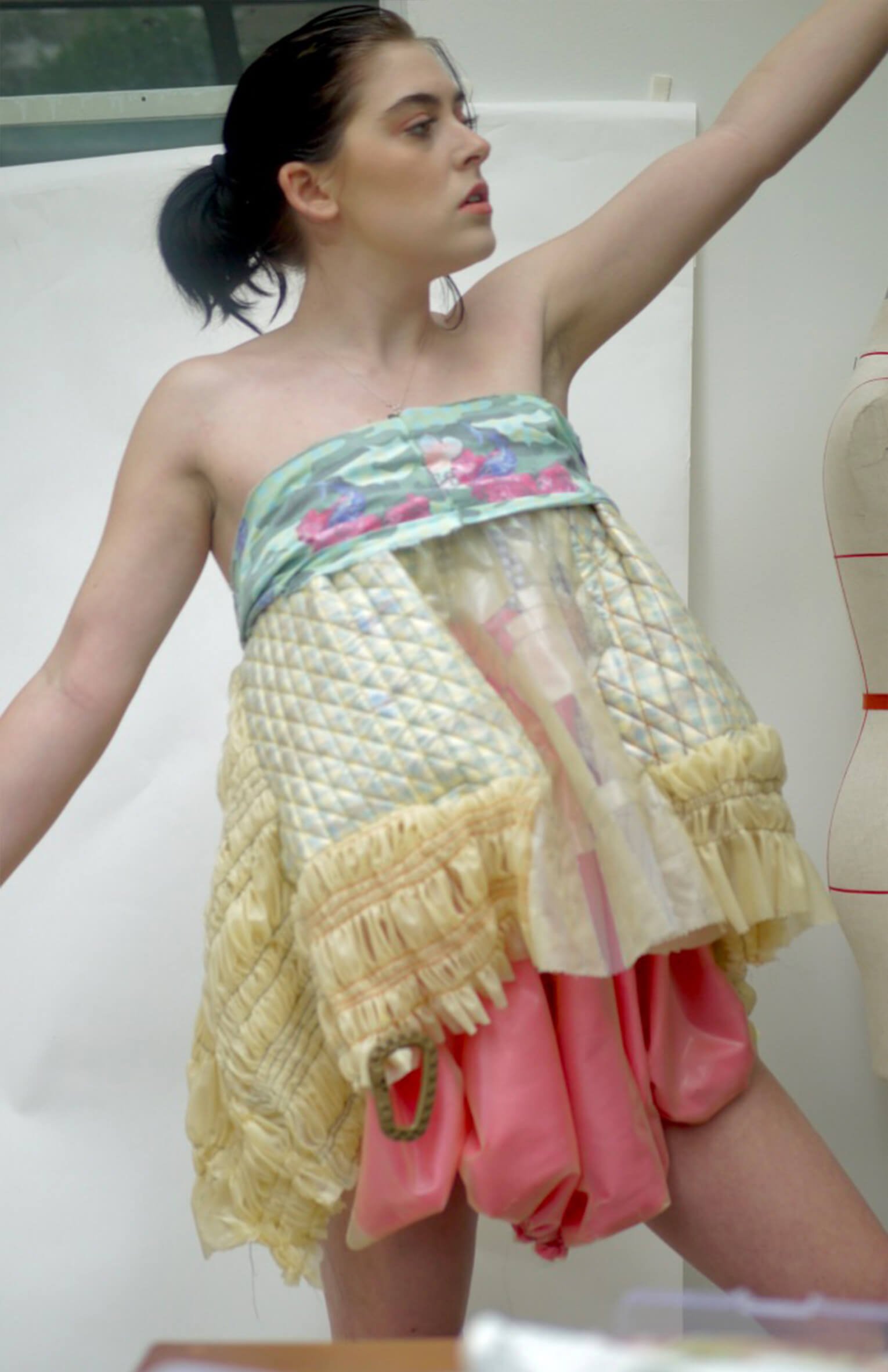 Jessica Walsh, 23, grew up in Greenville, South Carolina. Her designs are made in latex – either layered over fabric or used exclusively – which has been sewed, gathered, and quilted. Latex was chosen due the sexualised nature of the material. This was not an easy feat for Walsh, as it is not known as a material that can not be sewn, but rather glued. She also created multiple prints used in the garments, inspired by the American south’s nautical and hunting interests; or perhaps vices. Walsh drew inspiration from the southern American man’s interests and outfits – hunting and fishing gear – as well as children’s clothing, for her final collection. During her research she came to the conclusion that these men dress in similar fabrics, prints, and pastel colours to that of children in the south. She said she found it terrifying and bizarre how some of these men’s dangerous ‘Trumpist’ attitudes, especially in regards to women, are dressed up in such child-like costumes – a metaphorical mask of innocence – as they go out enjoying themselves killing wild animals as a hobby. In particular she found the southern man’s mistreating of women very alarming, perpetrated by the entitled, preppy frat-boy men, who feign themselves as innocent with their attire.