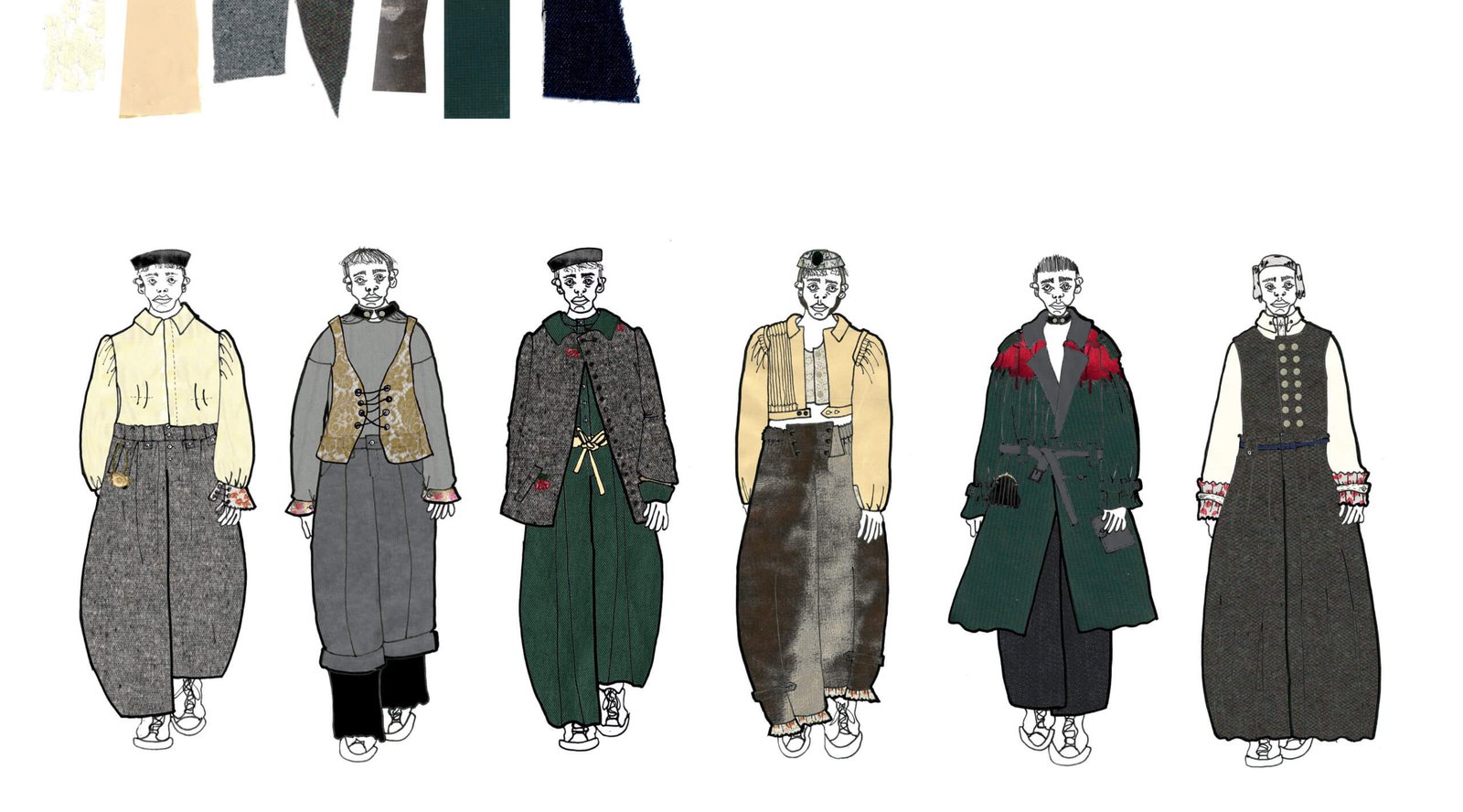 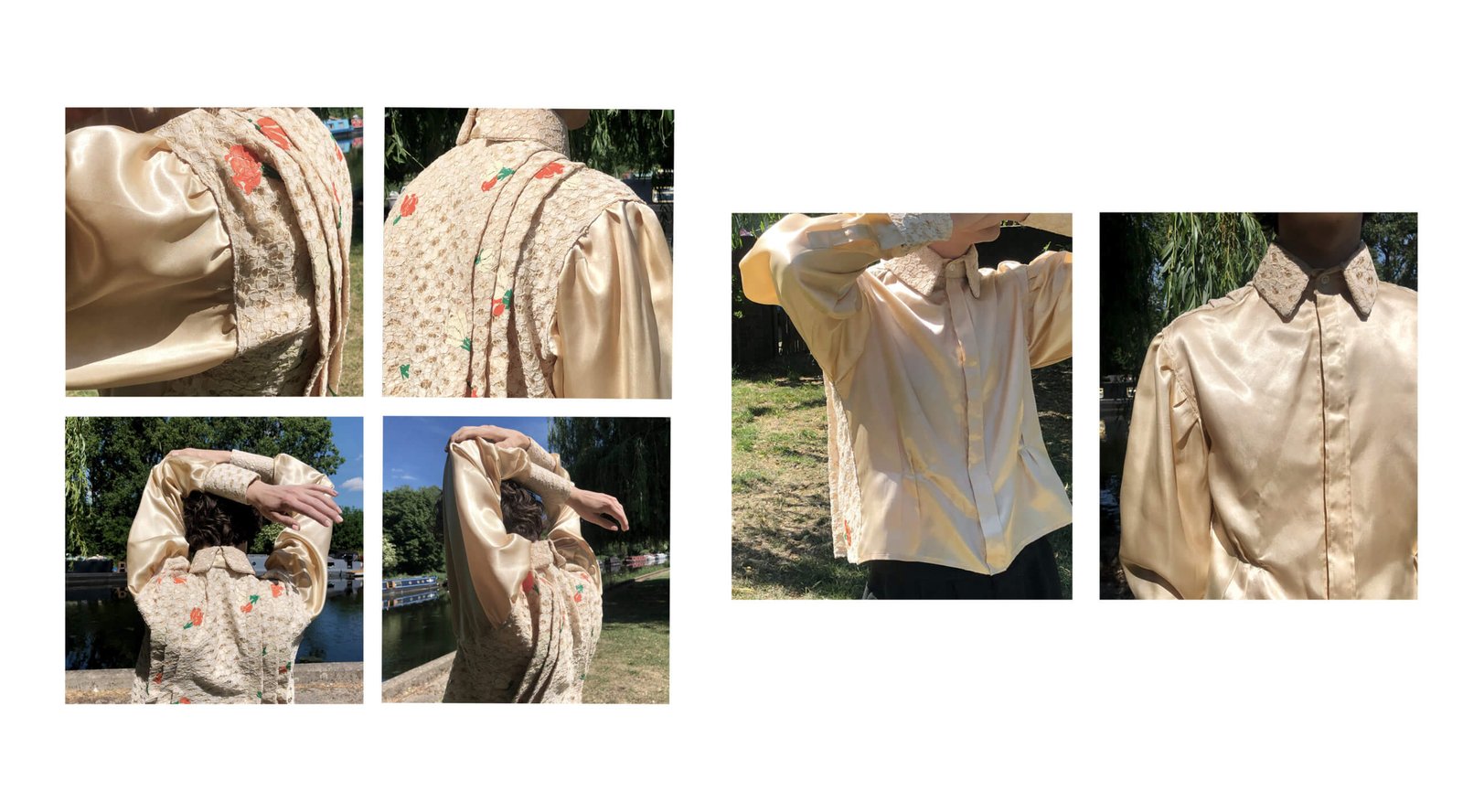 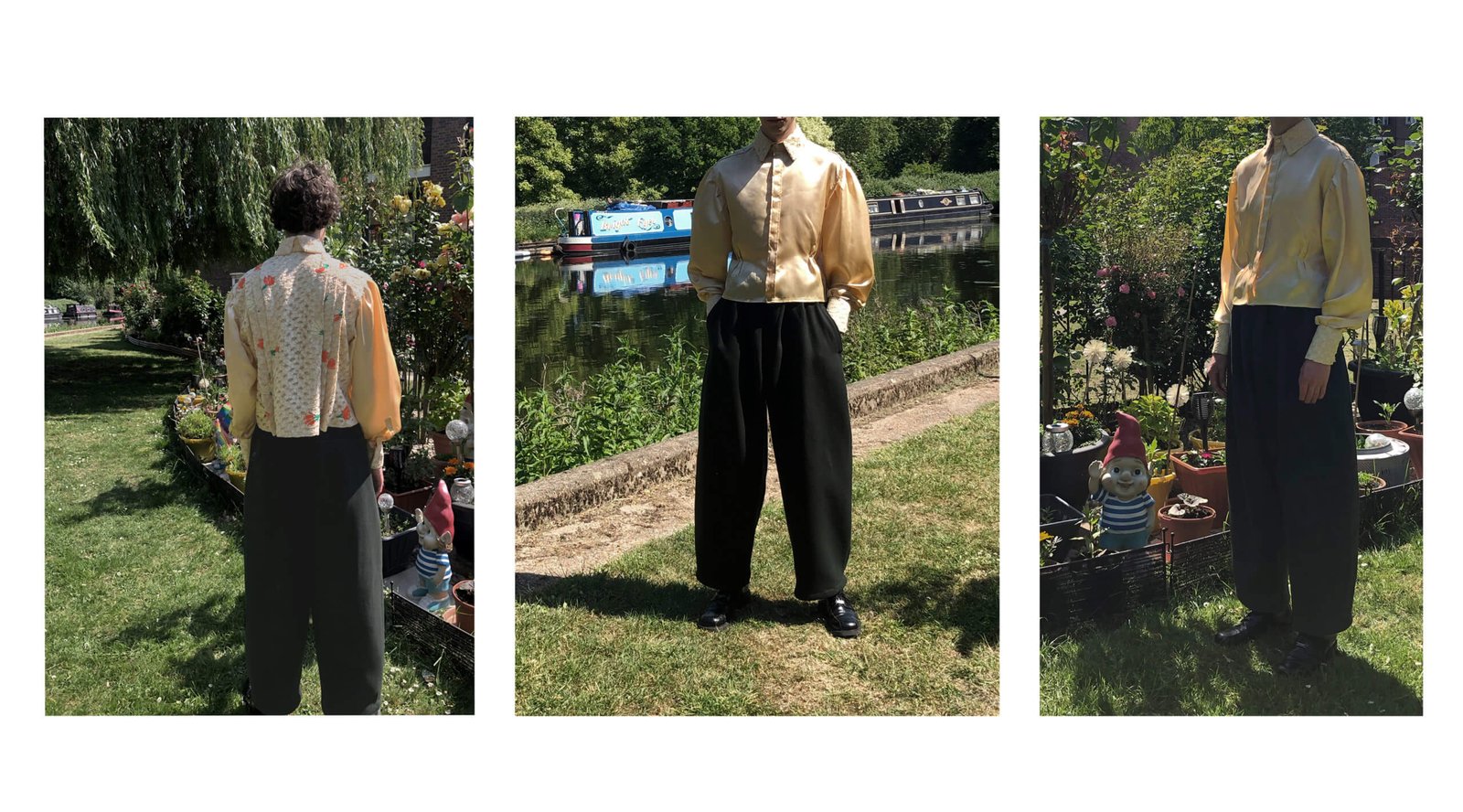 Jules Kane Davies’ graduate collection is a love letter to the Netherlands. The 24 year old, originally from ‘a very rural part of Devon’, has been inspired by his family’s Dutch heritage and the country’s near extinct national dress. ‘There were many variations of national dress depending on an individual’s employment and region,’ says Davies, who interned at Alexander McQueen and Nicholas Daley during his placement year. Due to the rise of fast fashion, these regional garments have largely been erased. For this reason, Davies travelled to small towns and villages in the Netherlands where this culture once existed to research further. ‘My grandmother described to me this commitment to creating locally handcrafted garments and how it built communities by creating a genuine sense of togetherness.’ Davies’ final collection brings to life this sense of community in an homage to craftsmanship while challenging ‘the way we consider what’s actually valuable when we purchase clothing,’ she says.