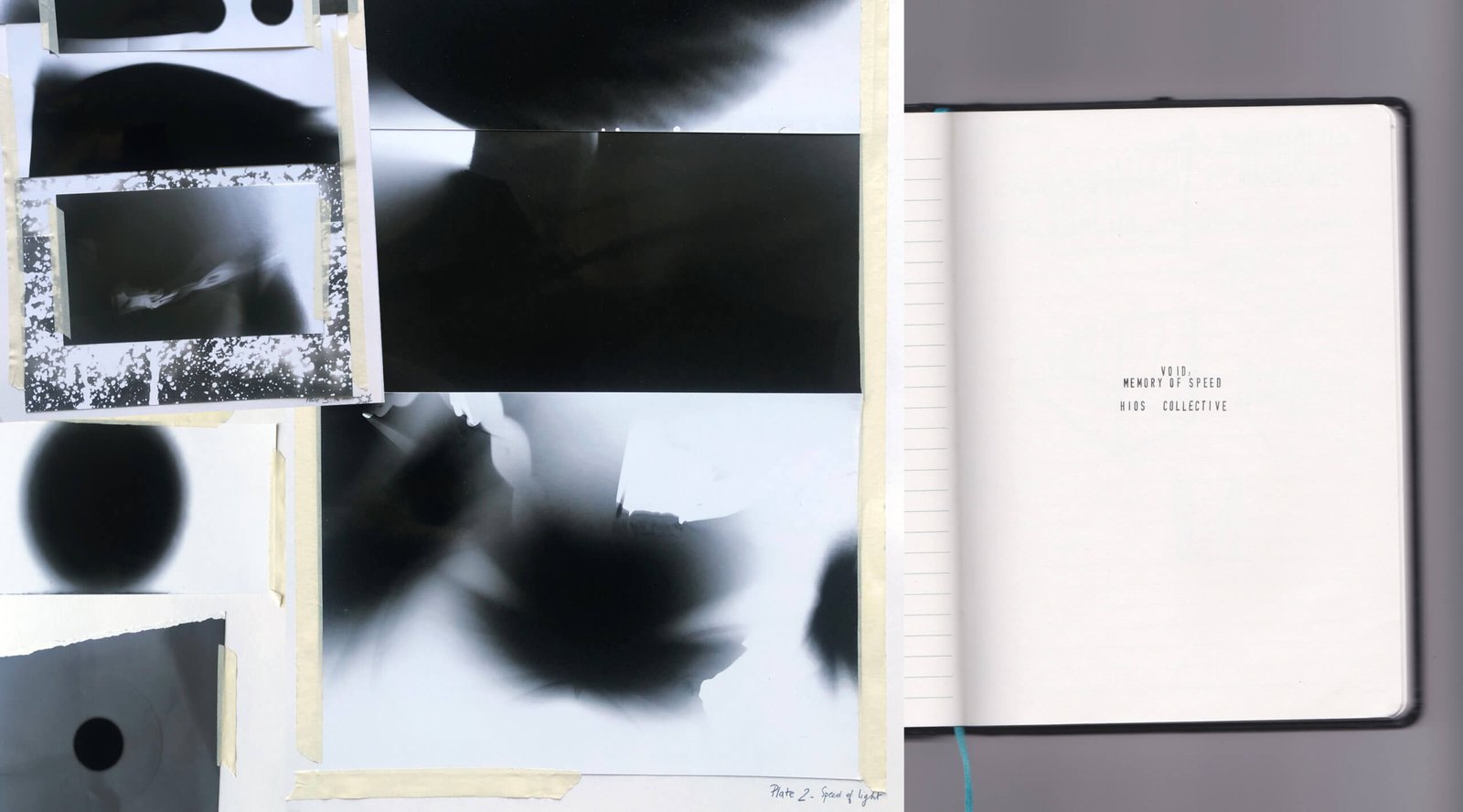 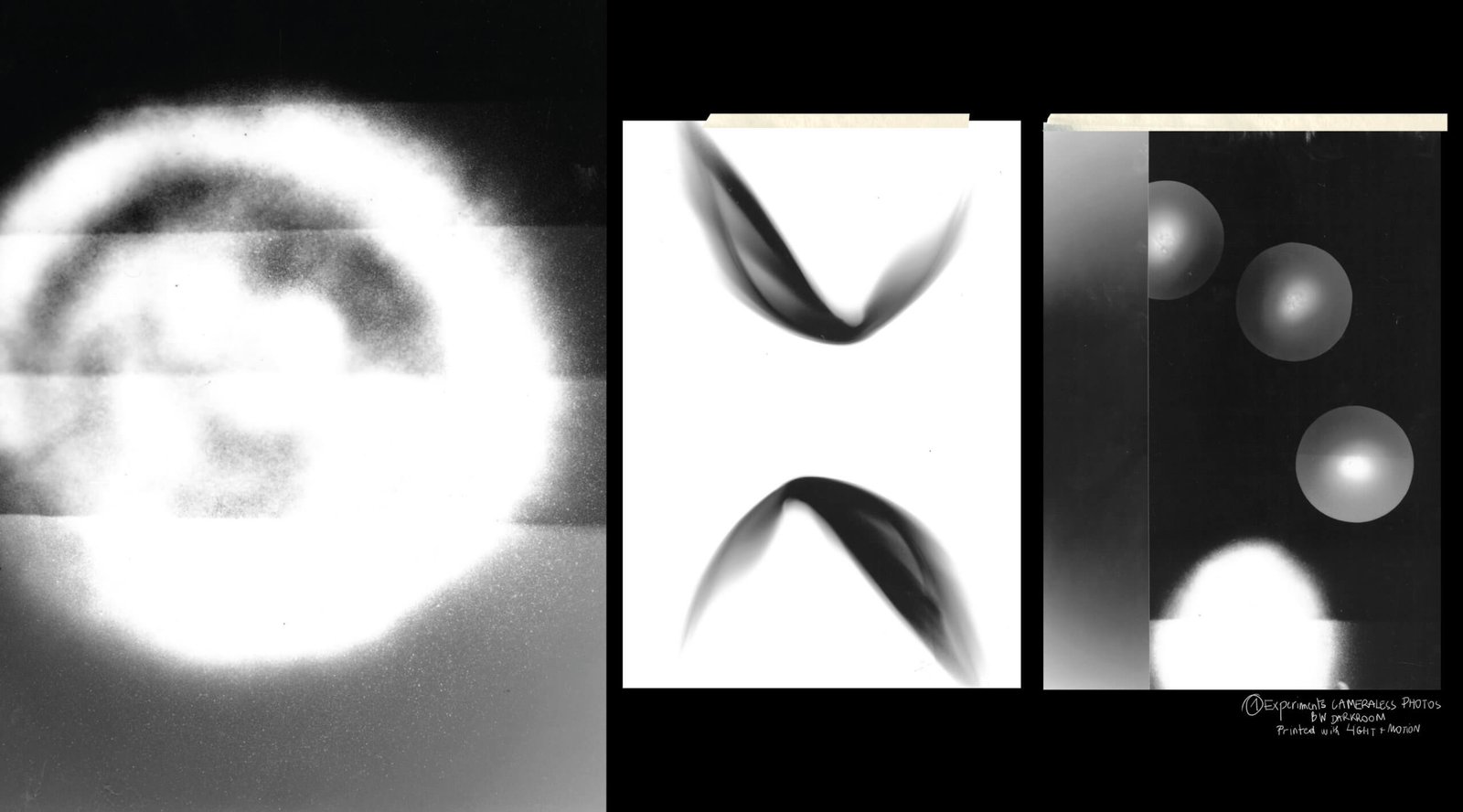 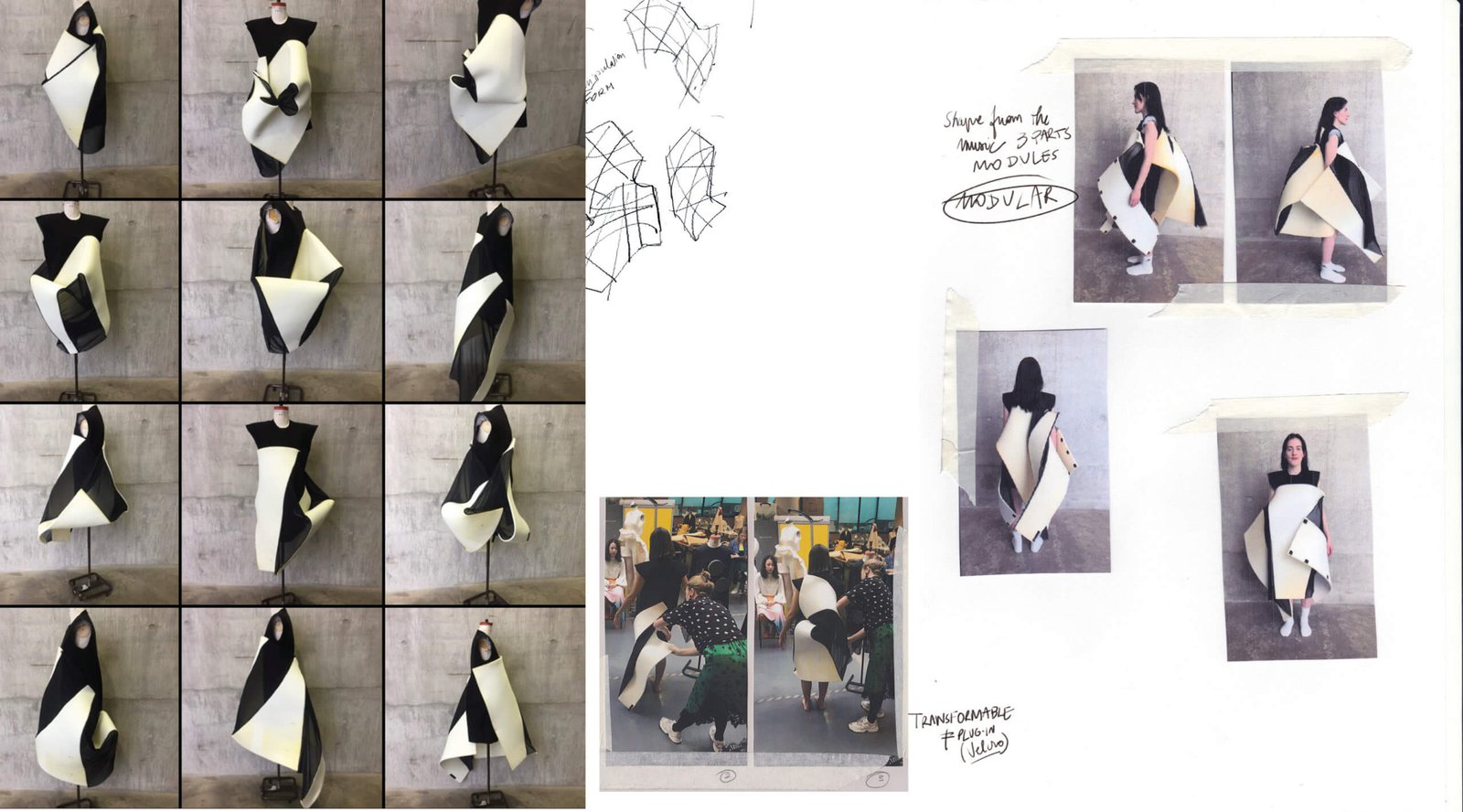 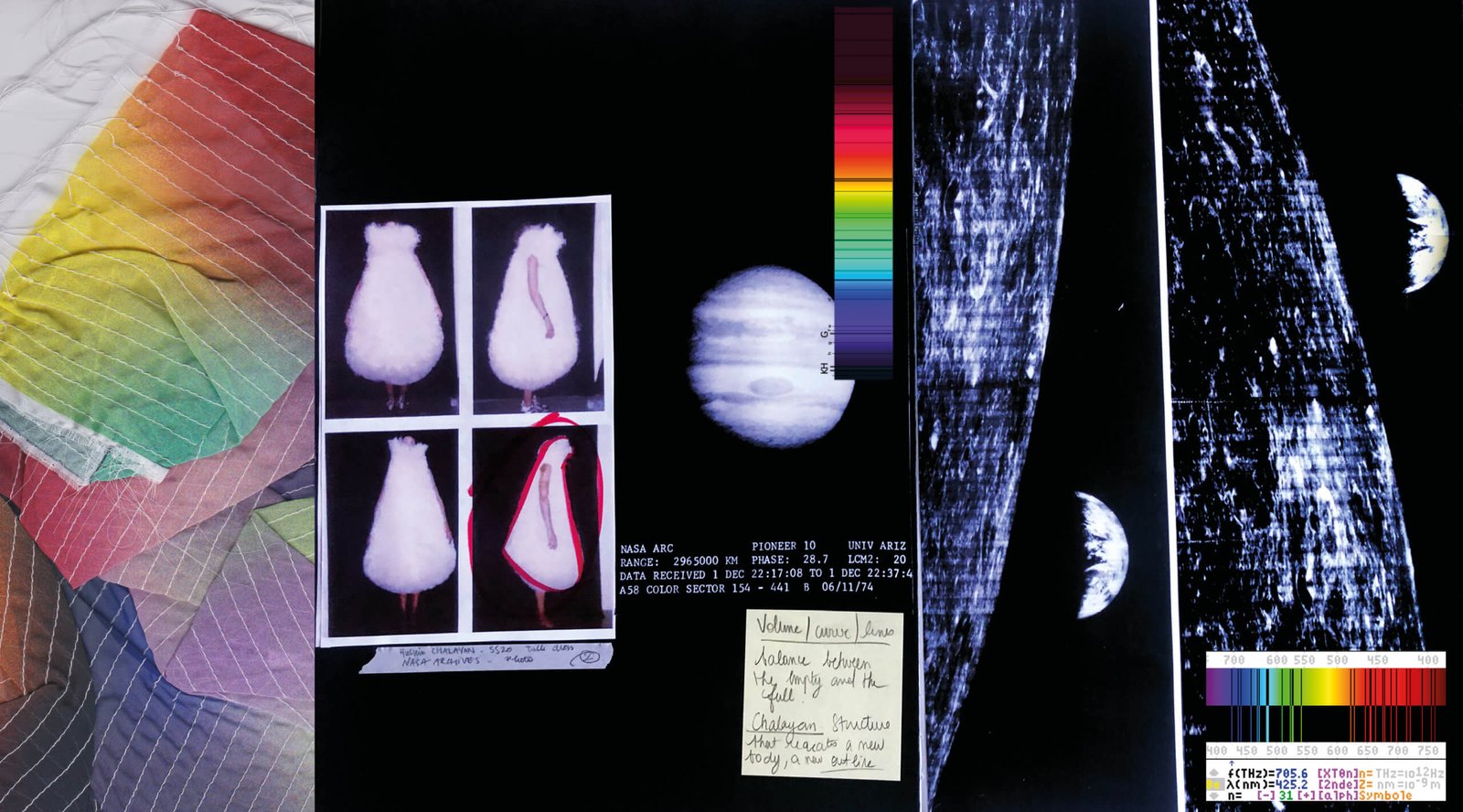 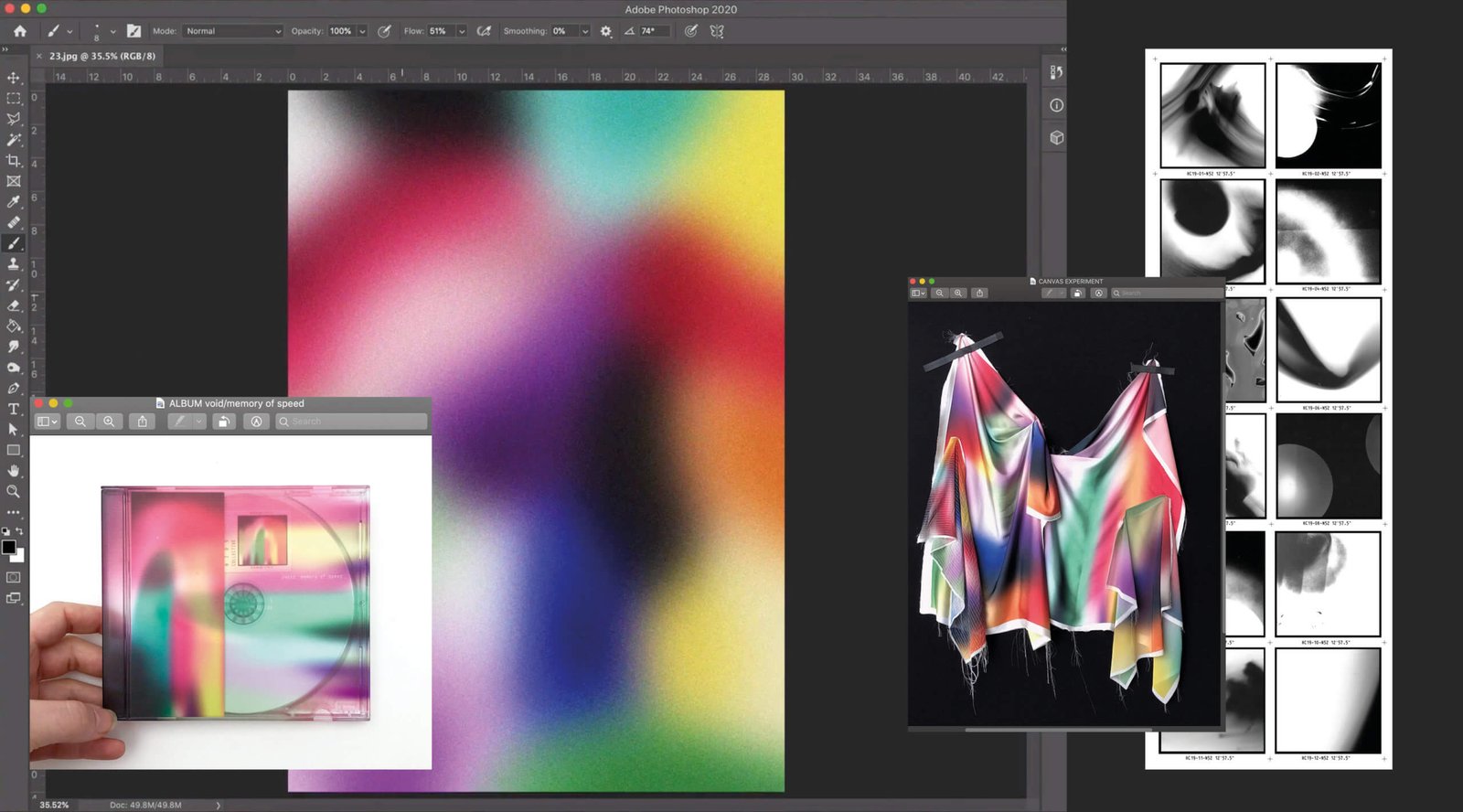 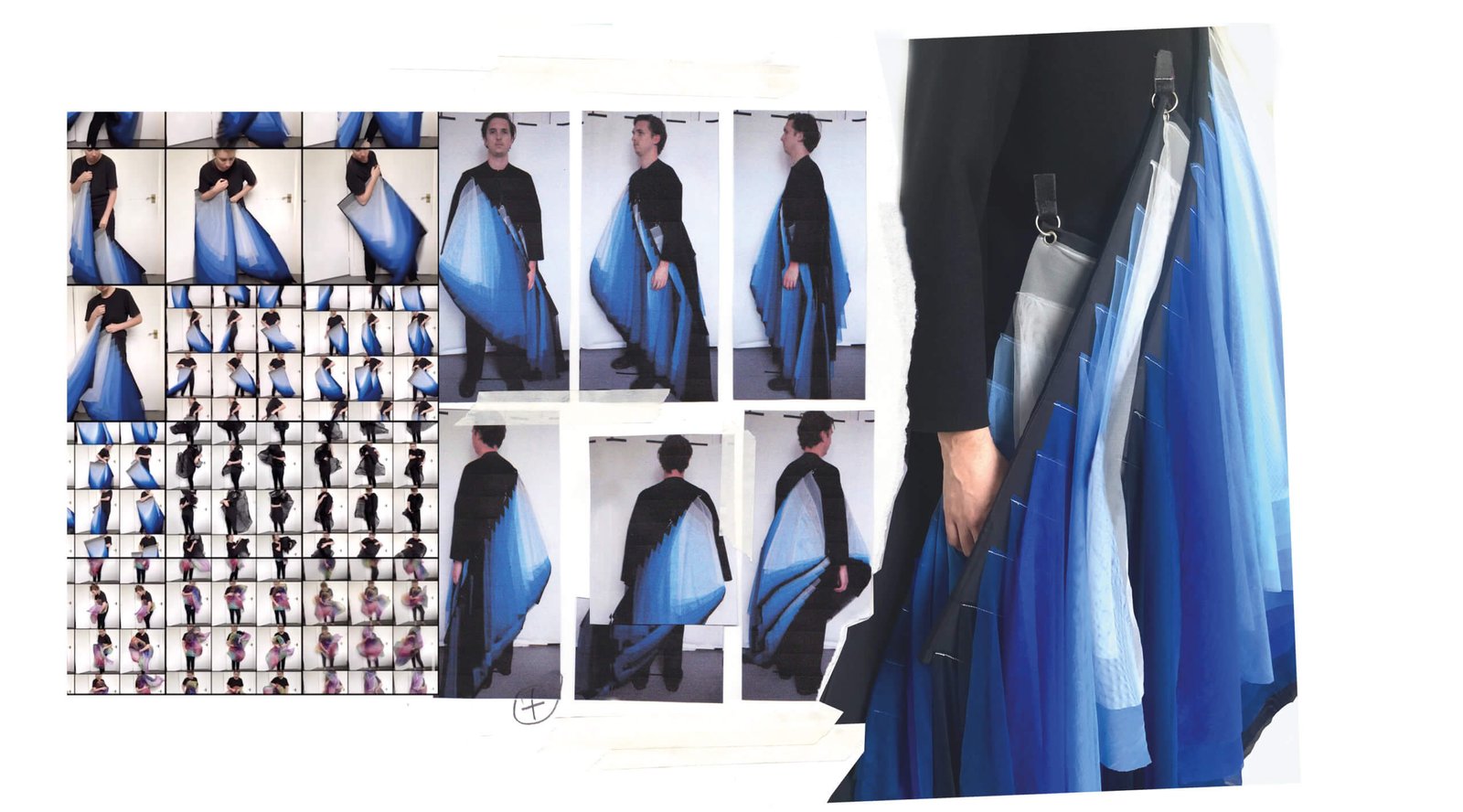 Margaux Lavevre is 25 years old, born and raised in Burgundy, France. She studied architecture in Paris, before starting her BA in Fashion Print. She interned at Kenzo and learned tapestry in Norway with a textile artist. To support herself, she worked in a surf shop and tutored a French teenager. Her collection, titled Void/Memory of Speed, questions the human perception of time and movement. Thanks to her BFC scholarship, she stayed for 10 days at the European Space Agency in the Netherlands with her brother and a friend. ‘We created an album from our research at the ESA. We chatted a lot with the scientists about the notion of time. From that, I made a collection and I created the prints from the sounds we recorded.’ Her eight looks are composed of black undergarments made from hook-and-loop and separate modules that can be added on top in various different ways.