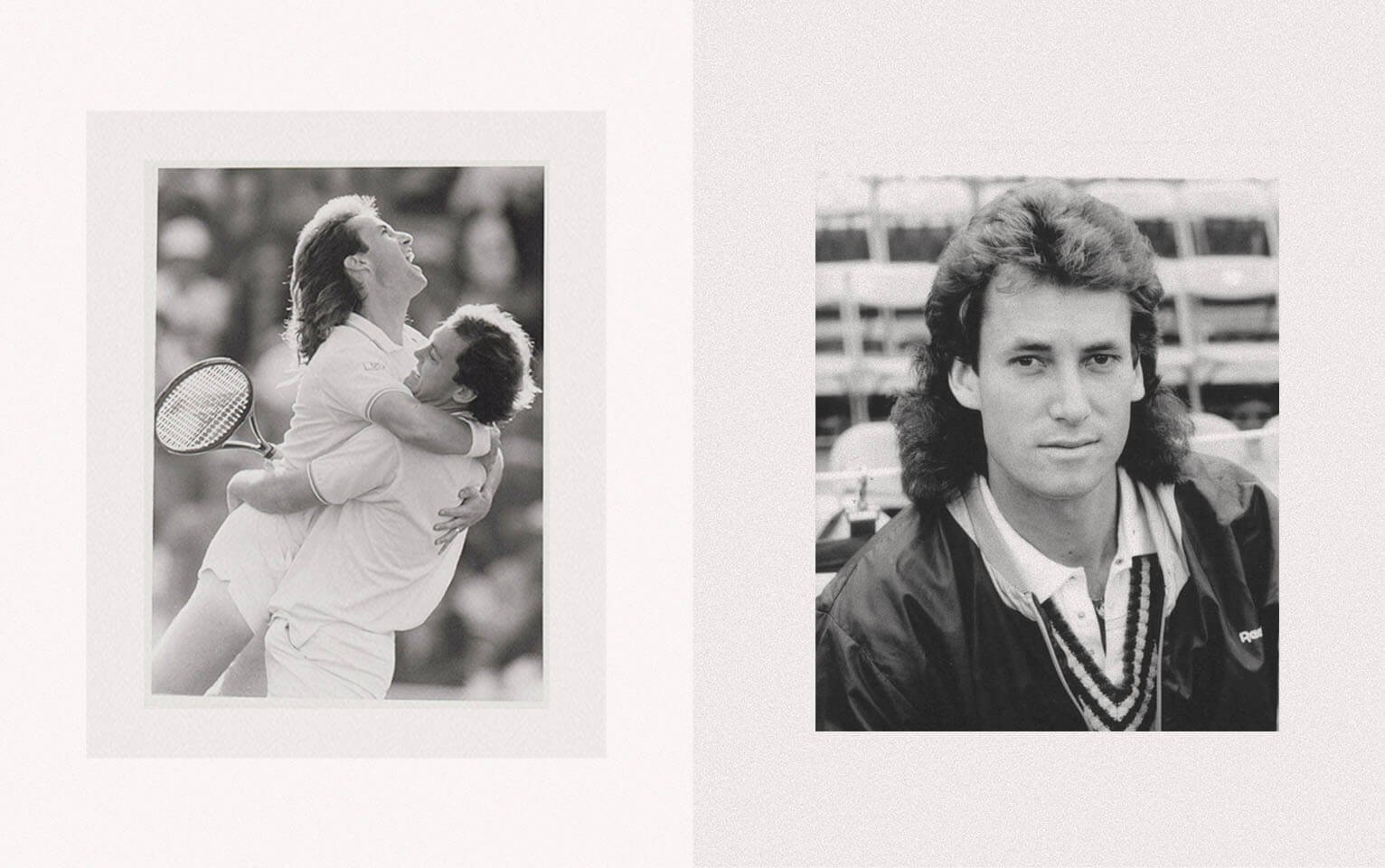 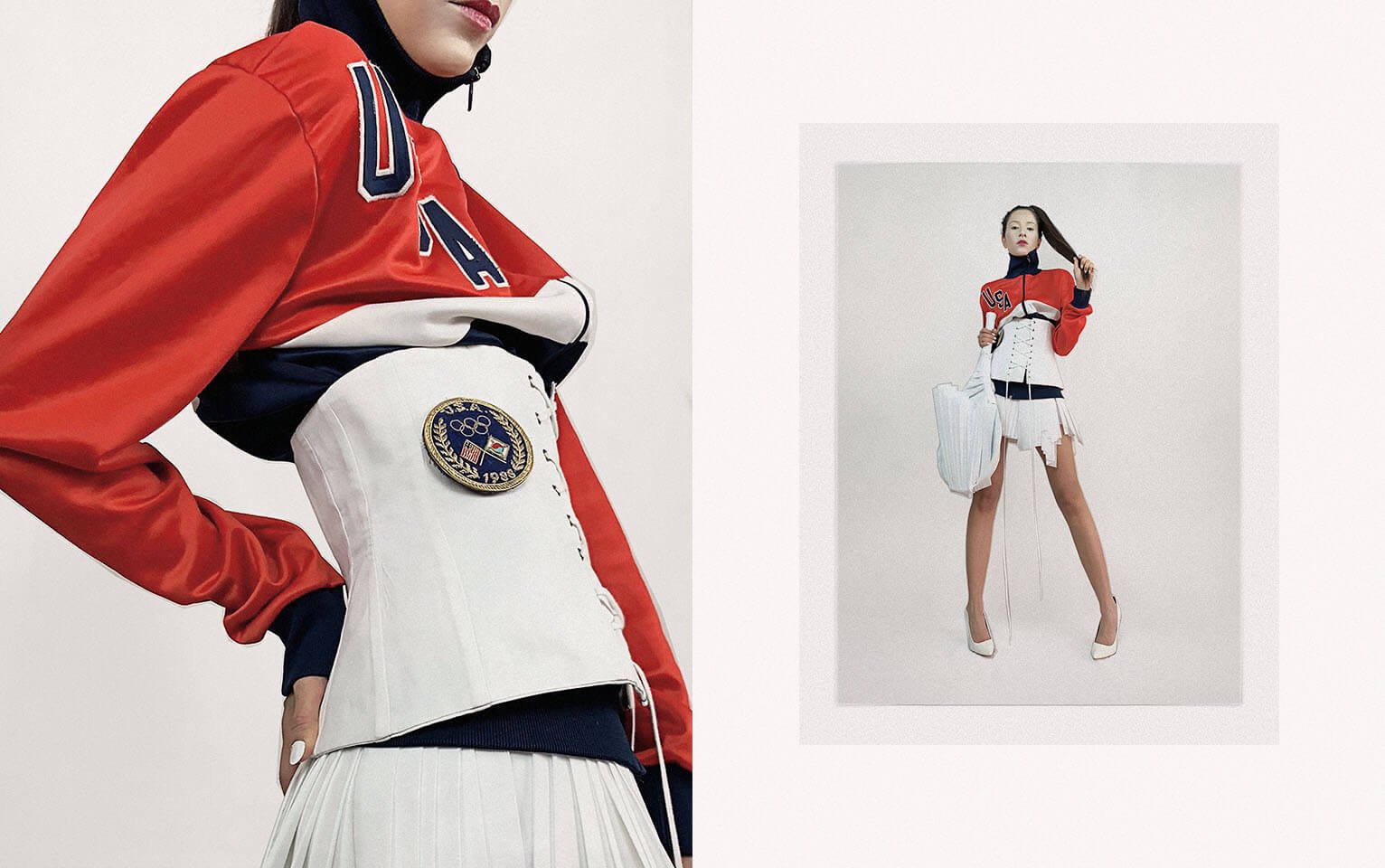 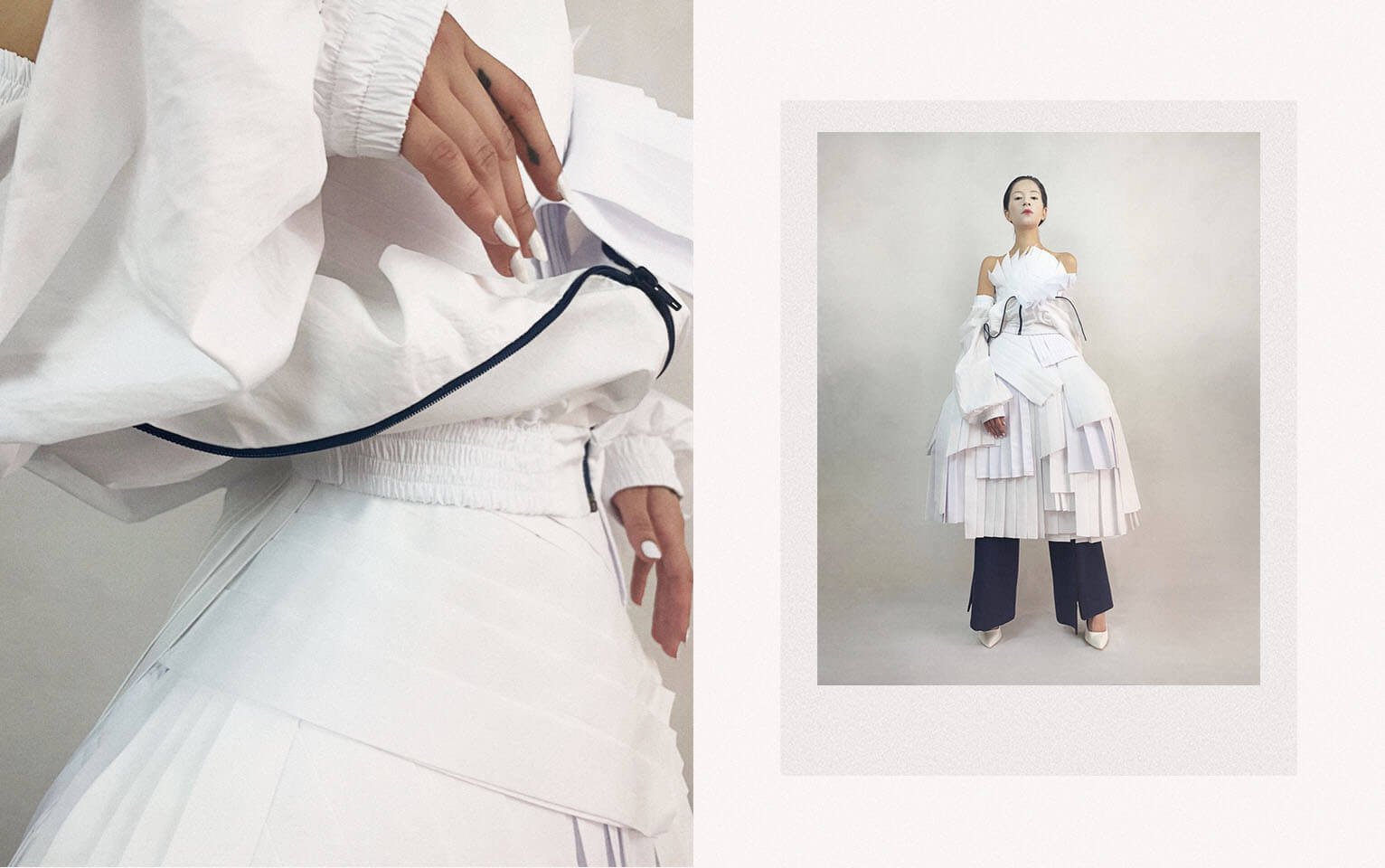 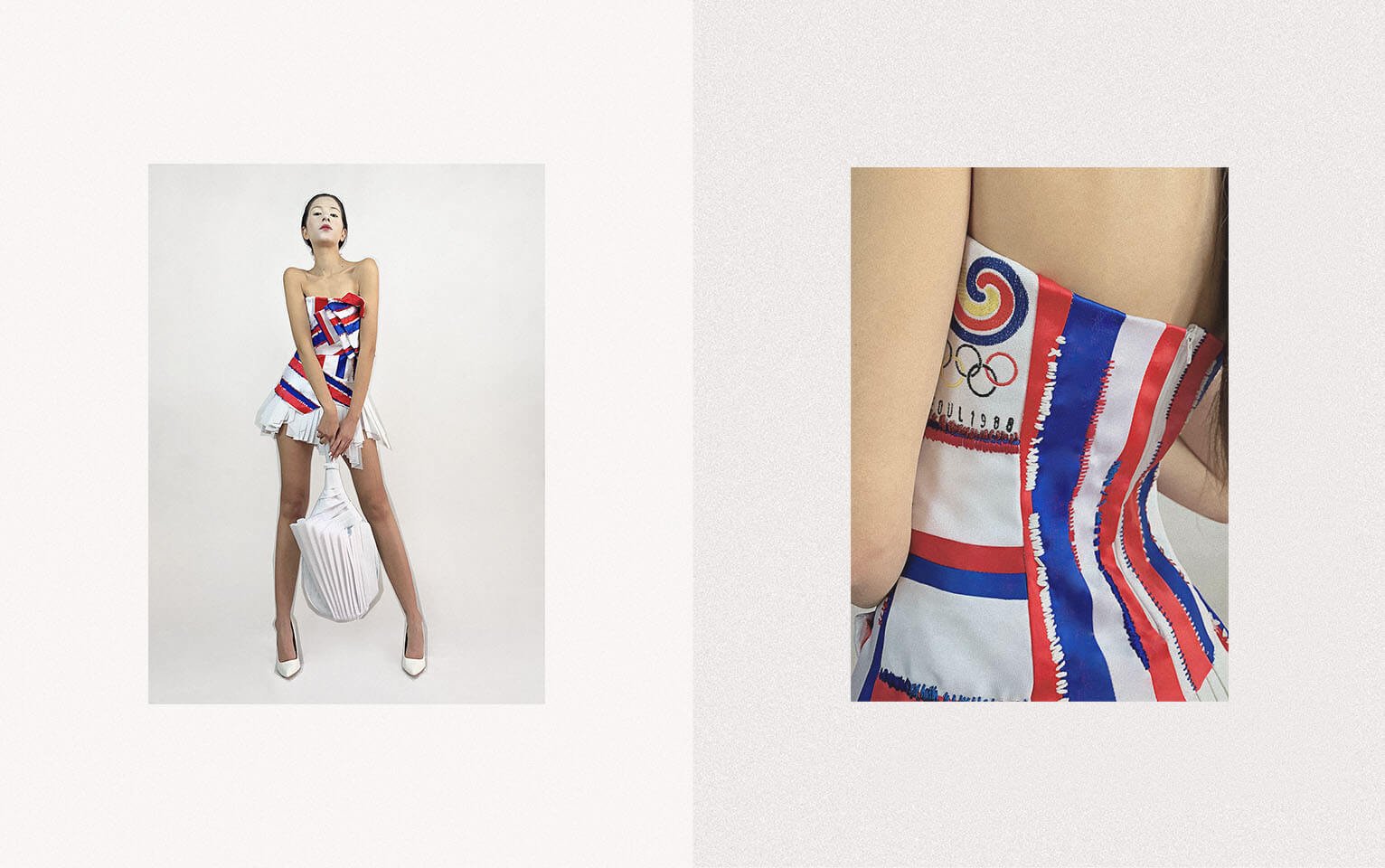 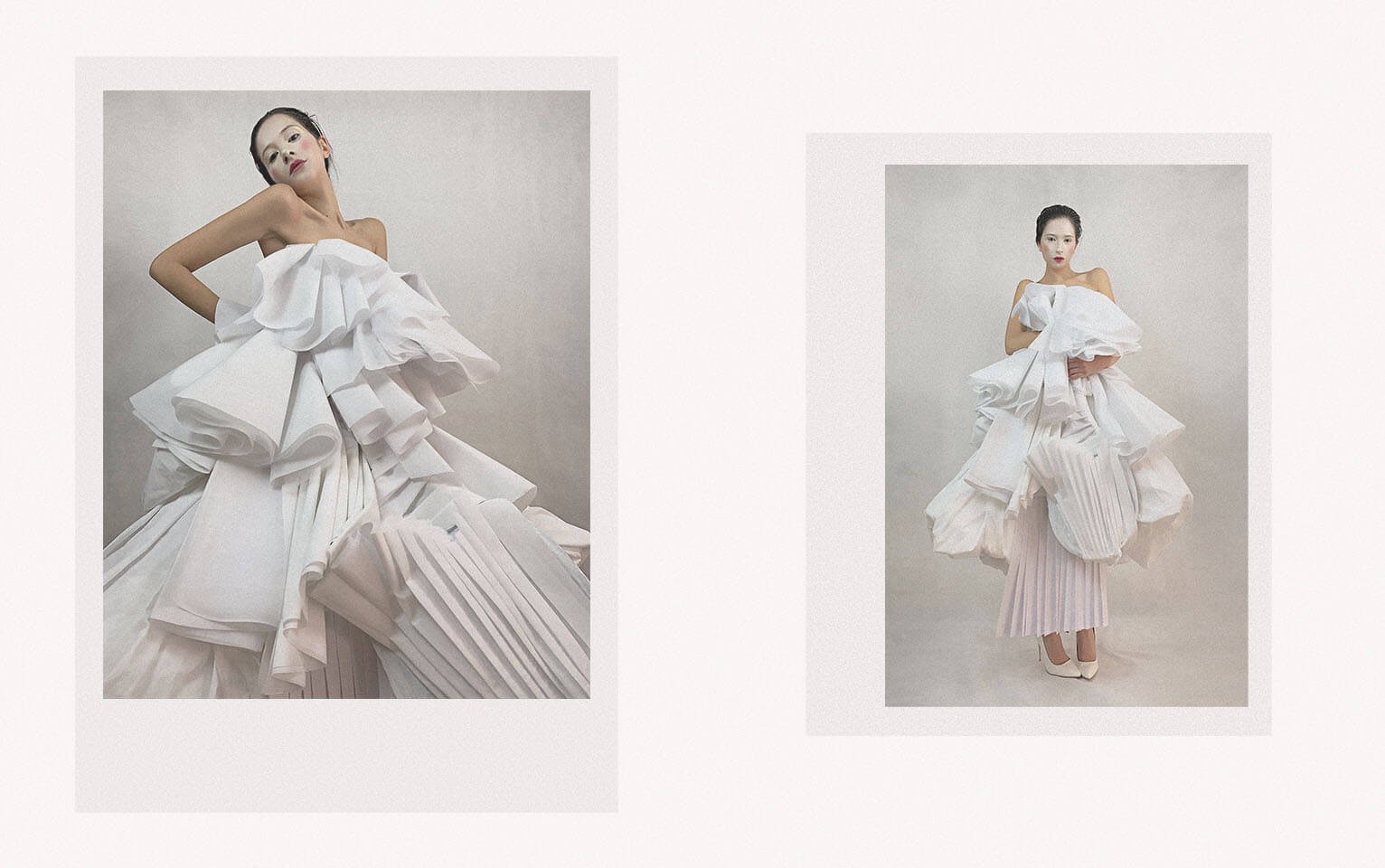 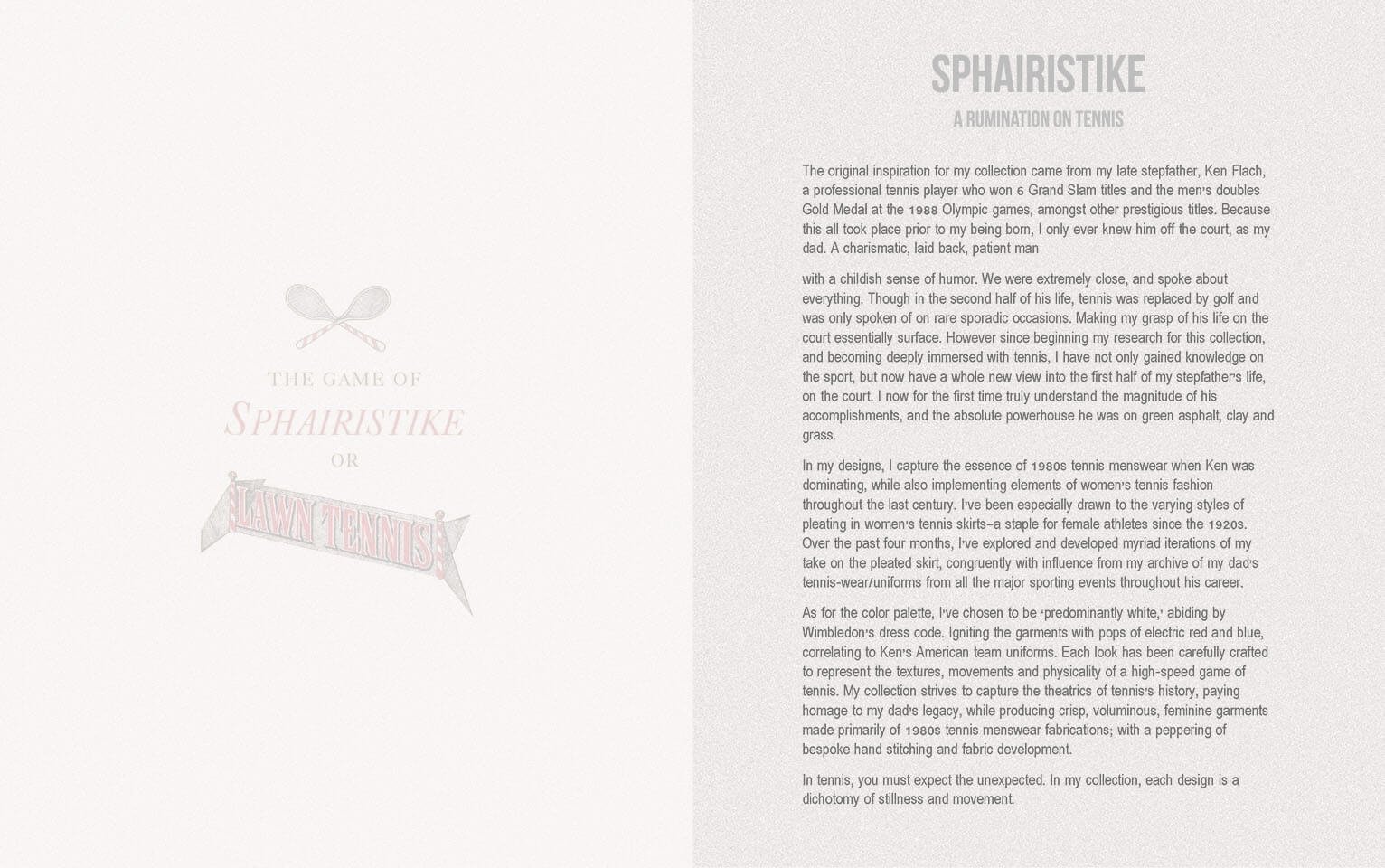 Paying homage to her late father, 26 year old Californian Melanie Ralston effortlessly combines her fathers’ (Ken Flach) gold medal title at the 1988 Olympic Games in Seoul into her collection. ‘Visiting the Wimbledon Lawn Tennis Museum only made me feel closer to my father, almost as if he was right there.’ As ‘Americana’ colours of electric blue and red accompany her white voluminous-pleated structures, Melanie treats her collection as a hybrid mix of Flach’s old uniforms and women’s tennis uniforms throughout history. Having interned at Viktor&Rolf during her placement year, her appreciation for hand-embroidery grew, which is what pushed her into doing the embroidery herself. Including references such as the 1988 Olympic Games sew-on patch in her collection, Melanie carries on her father’s legacy, championing their timeless relationship. In the near future, Melanie hopes to work for Olivier Theyskens in Paris, in an attempt to better her embroidery skills.