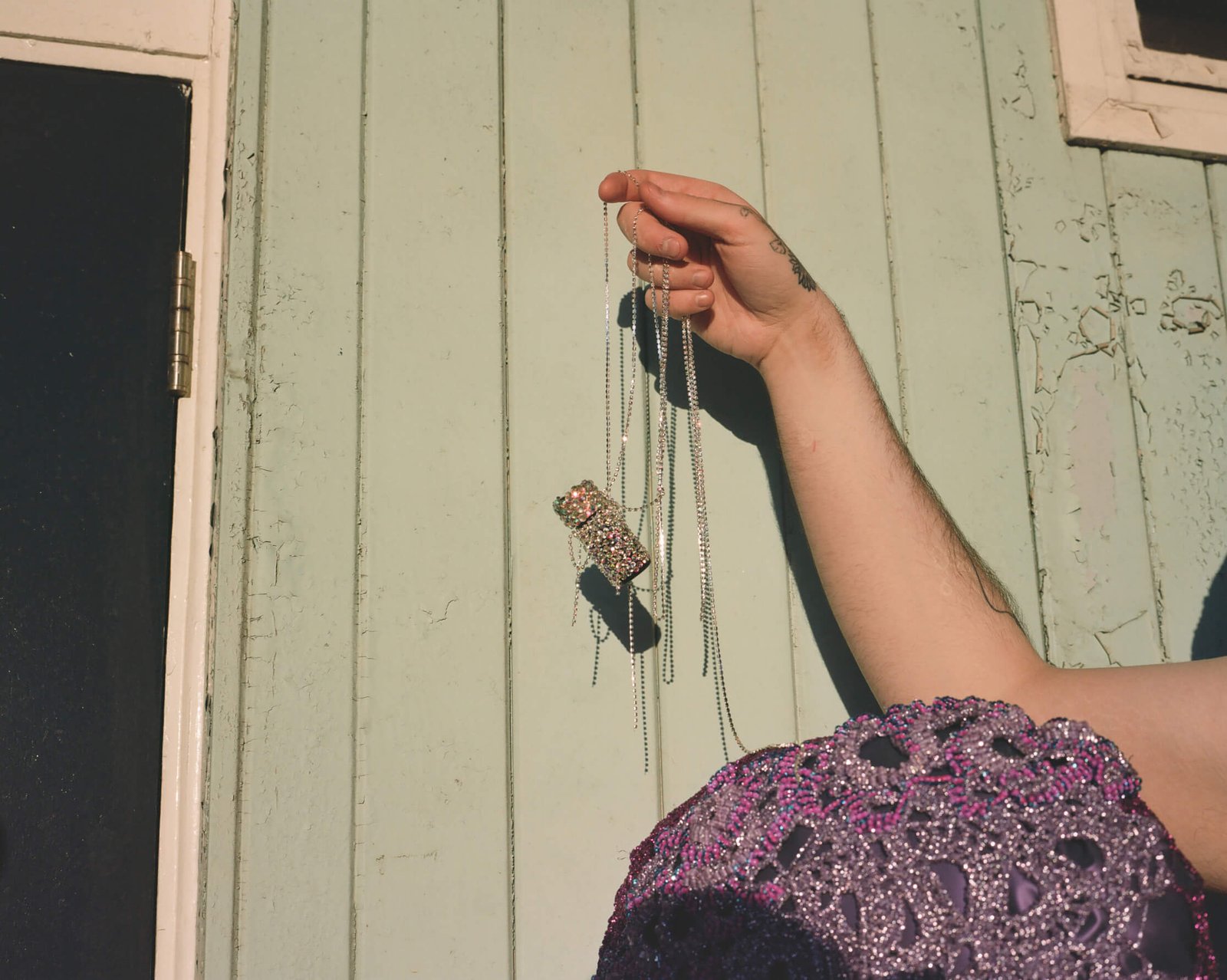 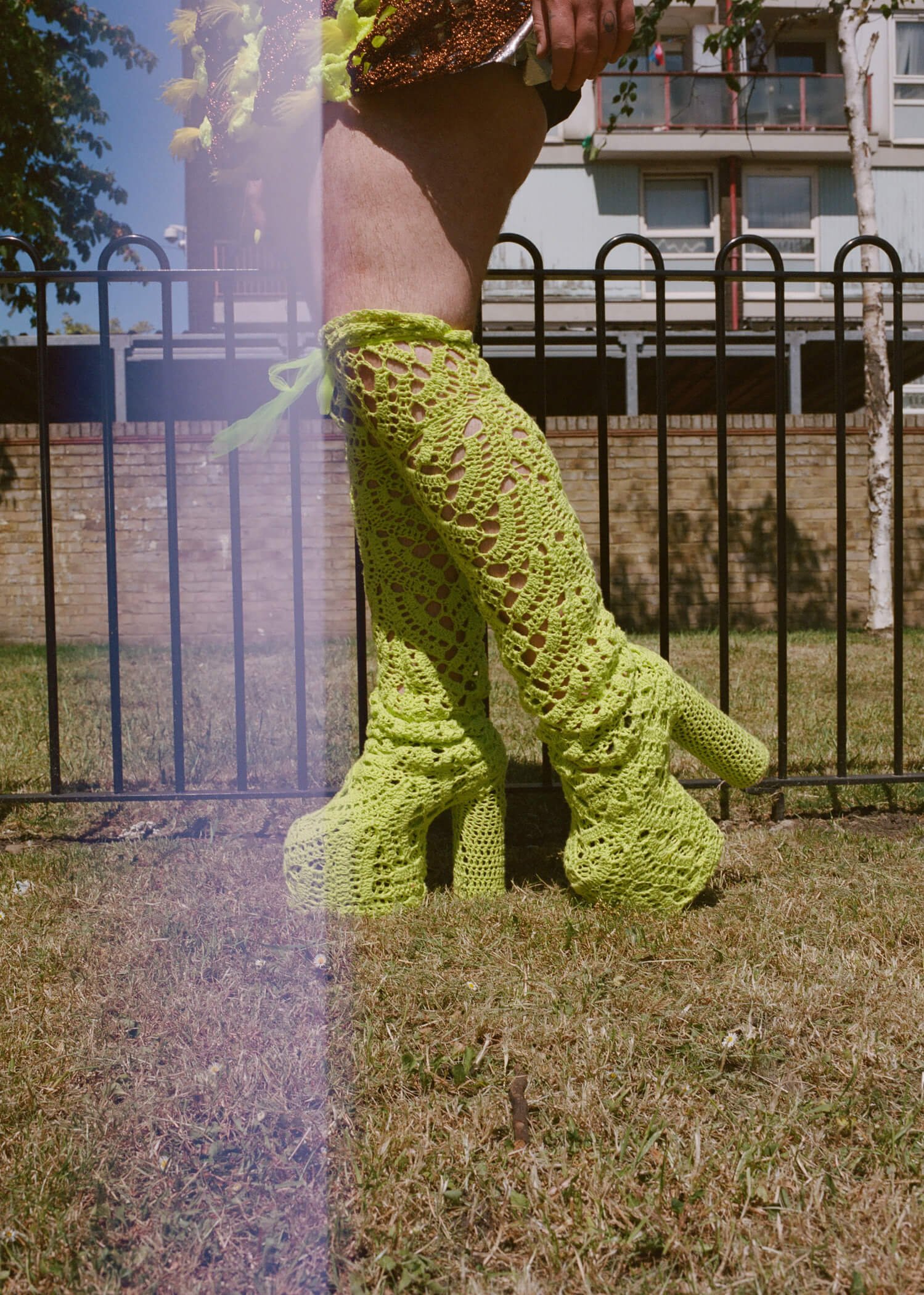 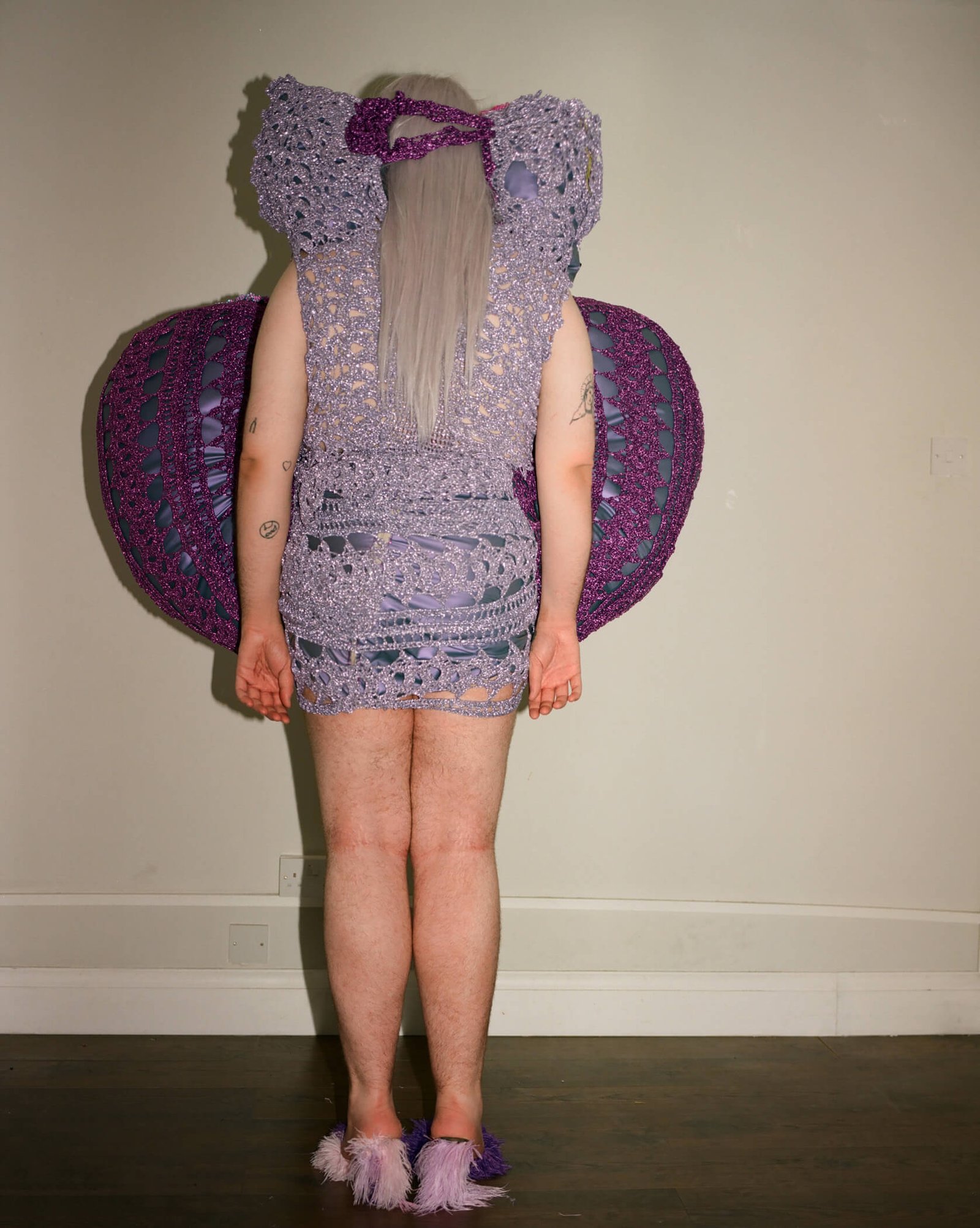 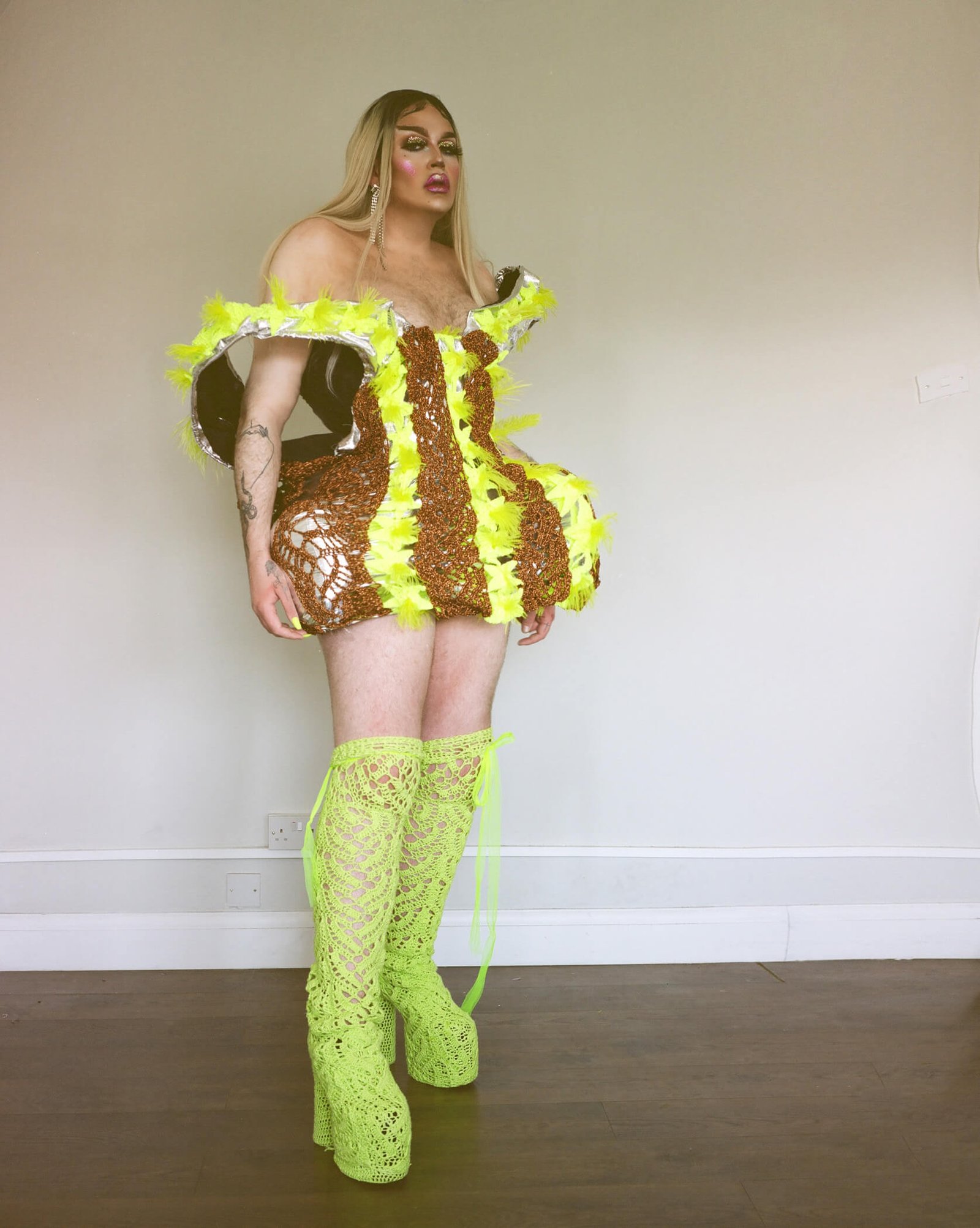 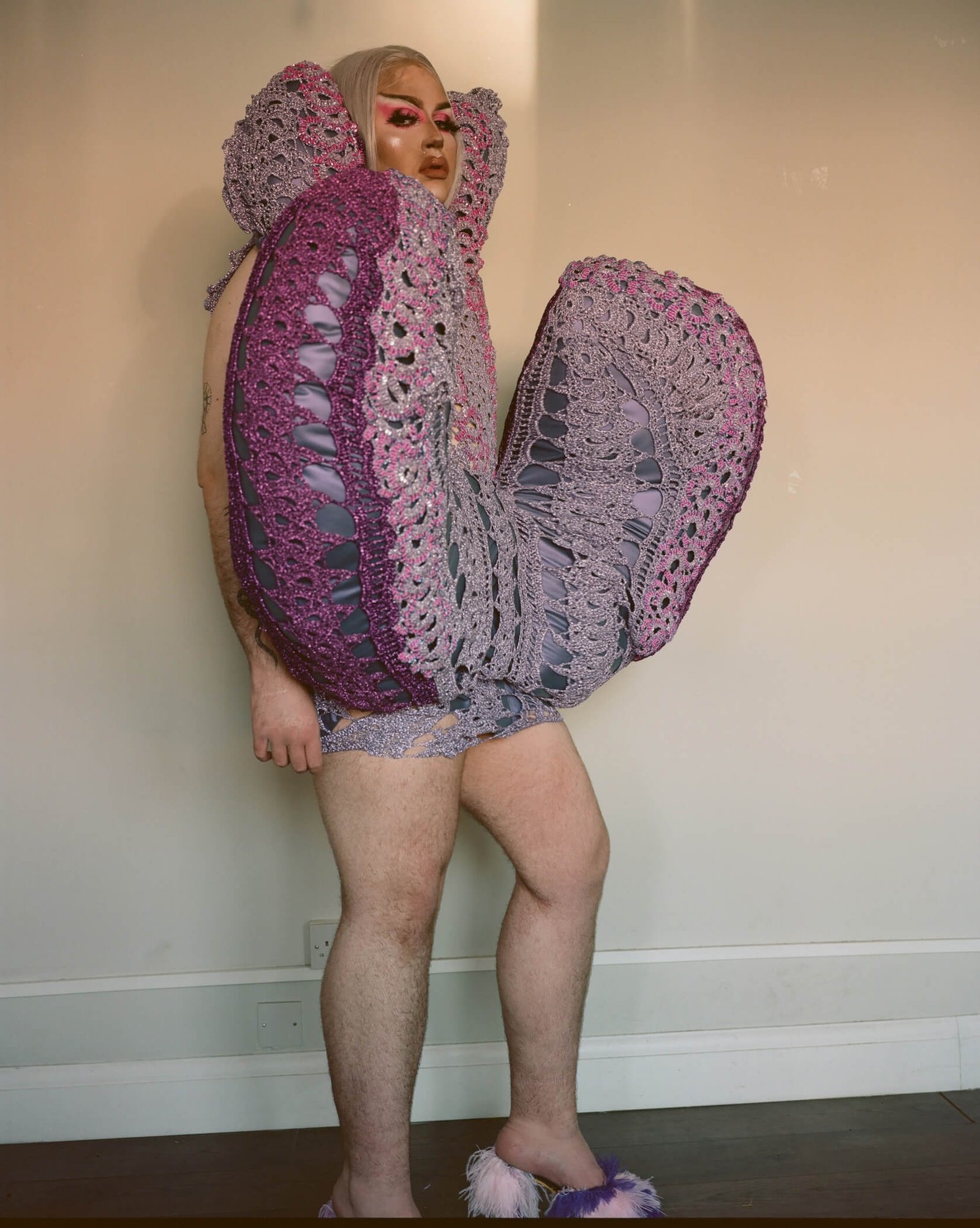 Paul Aaron Collins is an Aries, which is why he won’t do anything that he doesn’t want to. Even after placements at Vivienne Westwood (where he was forced to work with beige yarn) and Christian Stone, the designer’s colourful and kitsch aesthetic remains: ‘I like to take cheap materials and make them look even cheaper!’ His graduating collection is a homage to his own experiences as a gay man and a celebration of his queer friends, as well as 80s icons like the iconic actor and drag queen Divine and artist Leigh Bowery. Although the garments are larger-than-life and strikingly sparkly, they are also intricately detailed, constructed by hand from lurex yarn and Japanese seed beads. ‘I’m all about the craftsmanship,’ Collins explains. ‘Selling garments is not my aim, that’s never been my aim.’ Unapologetically tacky yet meticulously skilful, Collins’s refreshing sense of fun will never go out of fashion. ‘As a gay man,’ he says, ‘it’s so important to spread the word of queer positivity. We are valid people – we are here, we’re queer.’