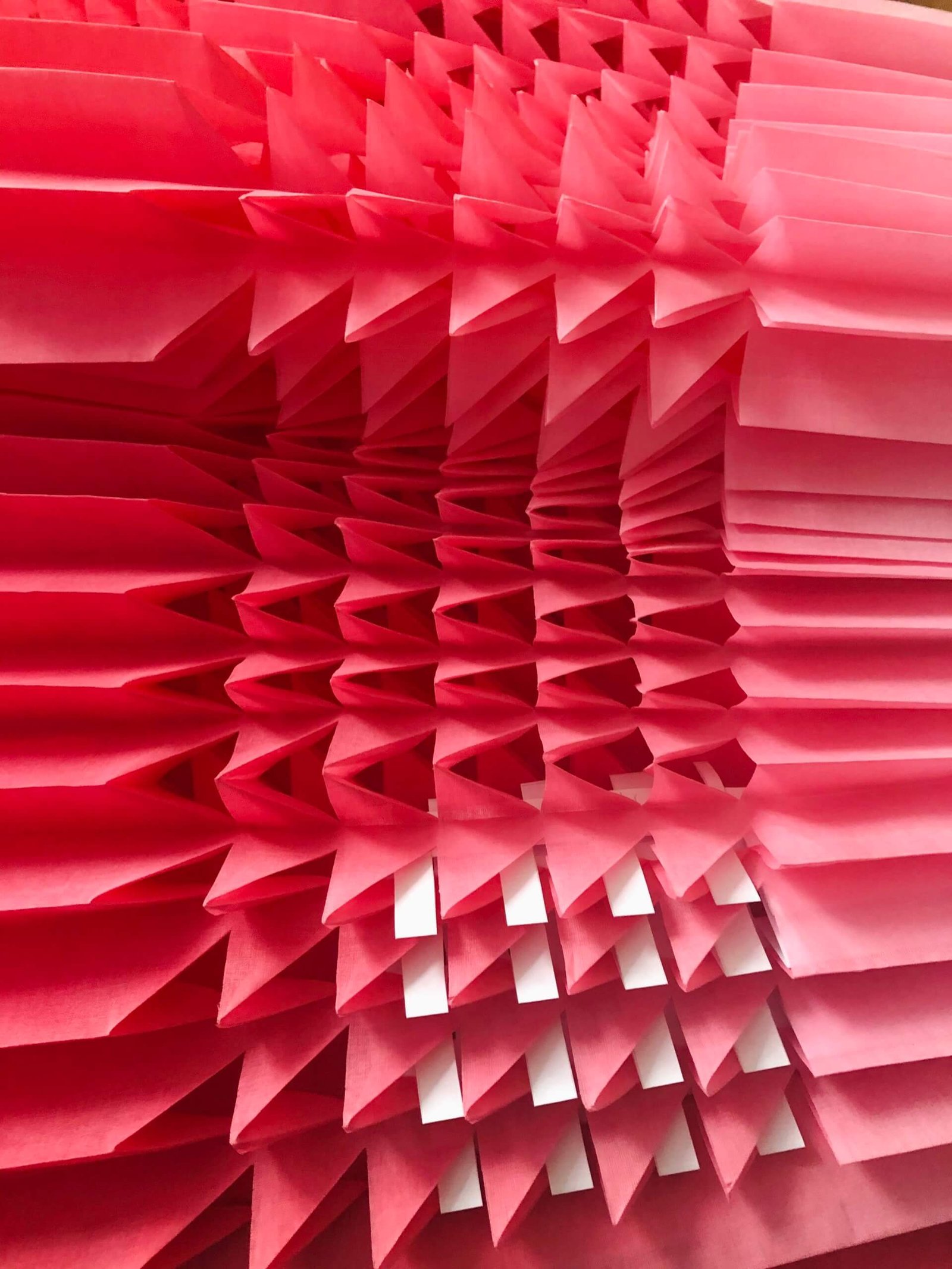 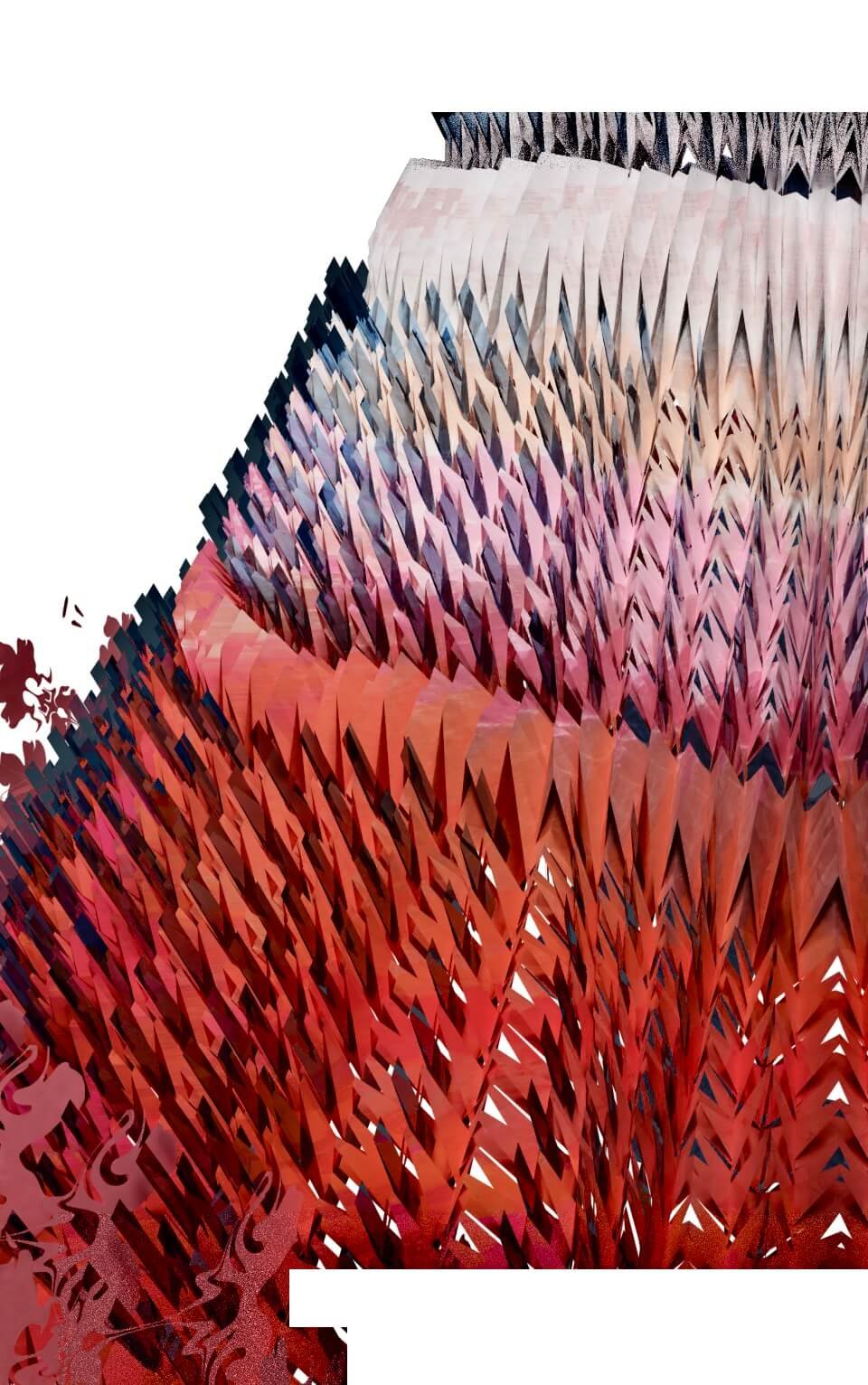 Born and raised in San Diego, 22 year old Paul Aubrey Parnell became fascinated with creatures after seeing the jarred specimens his father, an oceanographer, would bring home from after diving. Now, the fashion design and marketing graduate creates otherworldly virtual avatars and human-animal hybrids. Parnell’s love of mathematics led him to discover pattern making and the work of artists M.C. Escher and René Magritte, both of whom influence the surrealist aesthetic of his final collection. Using the 3D computer graphics software Blender, Parnell has created virtual garment assets based on his three physical looks. The collection, modelled by animated aliens, demonstrates the designer’s skill in translating complex constructions such as origami style cutwork and intricate pleats into the digital world. ‘I would like to have a physical fashion house and also create digital assets for video games as an extension of my empire. I think that’s a million dollar idea,’ he tells me.