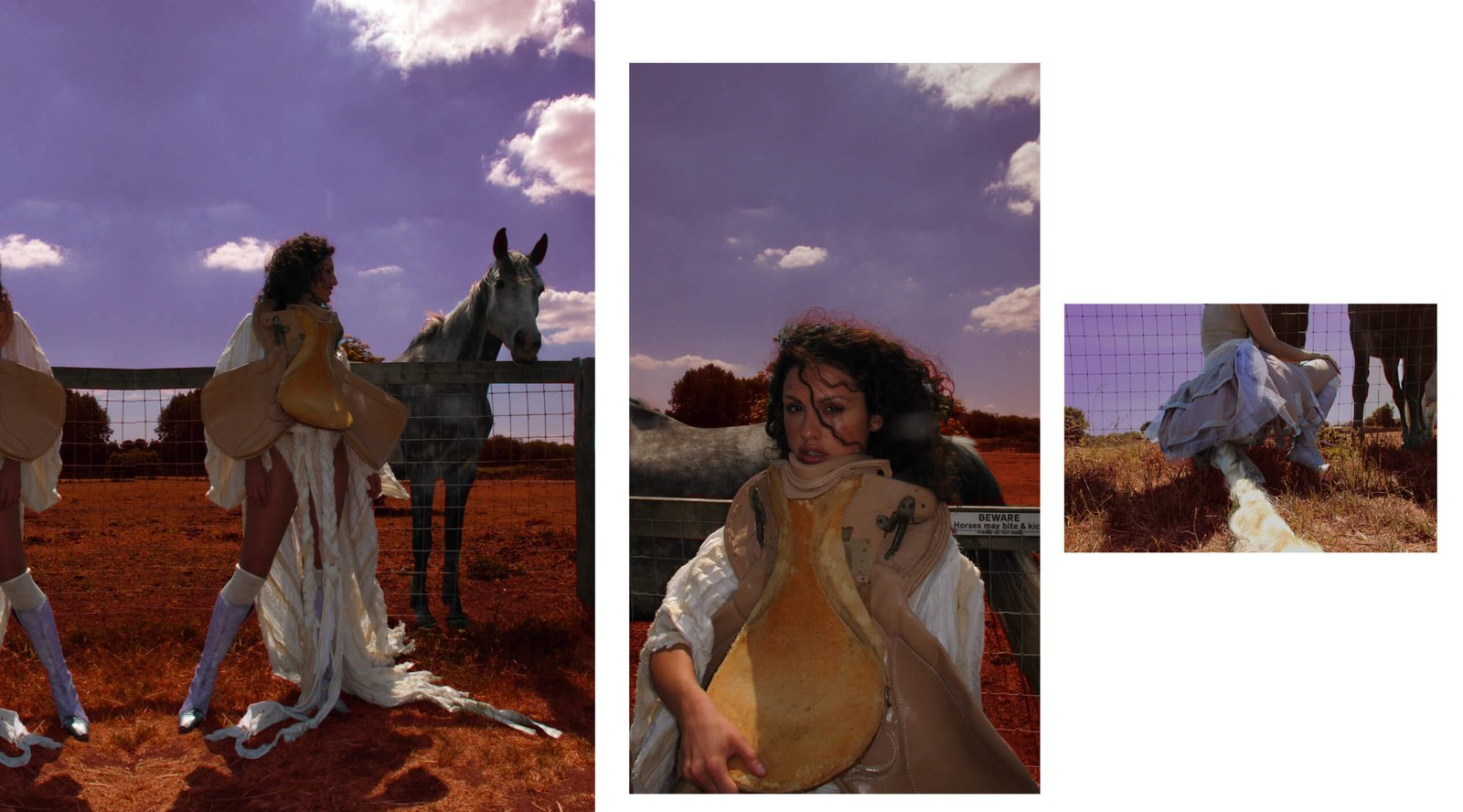 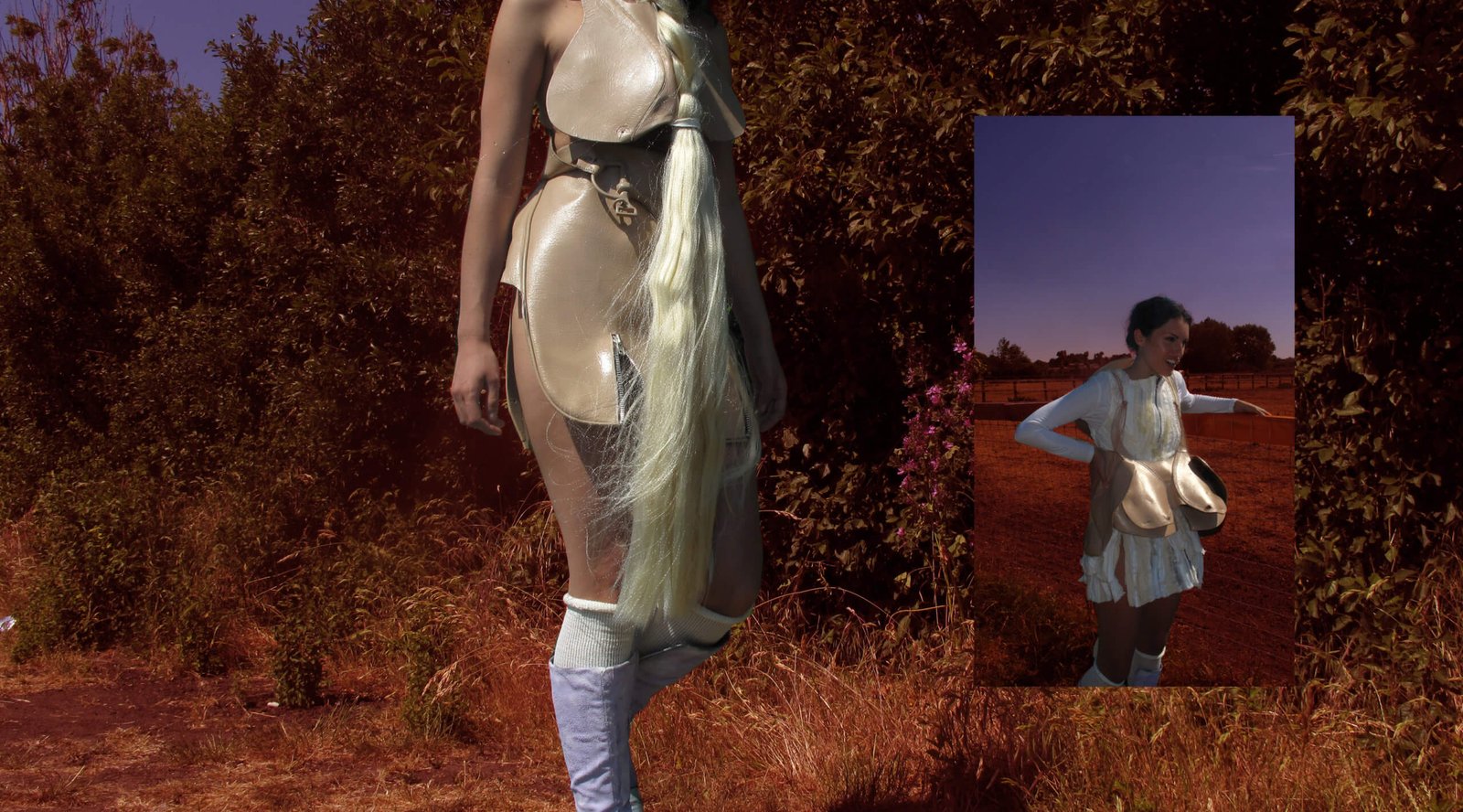 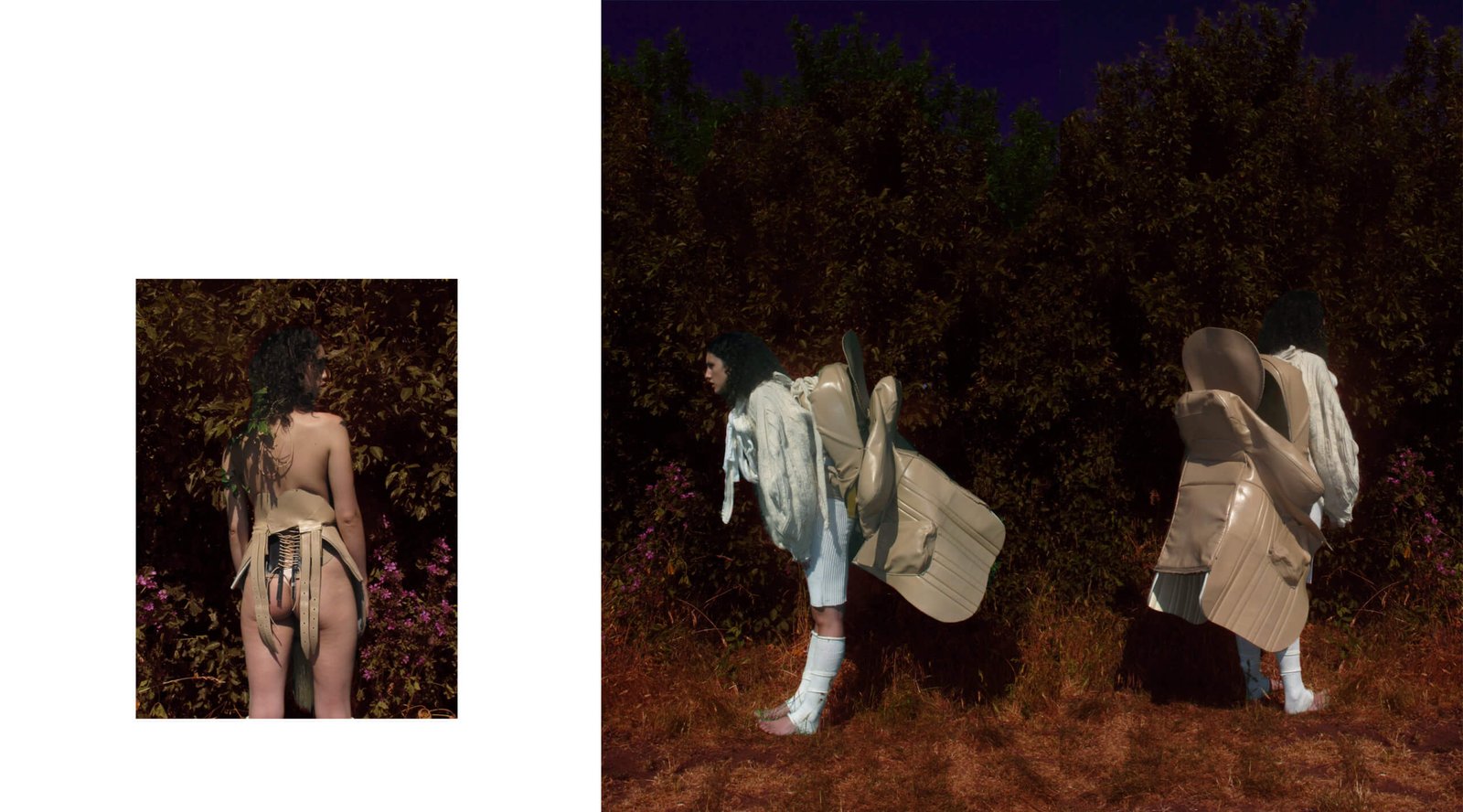 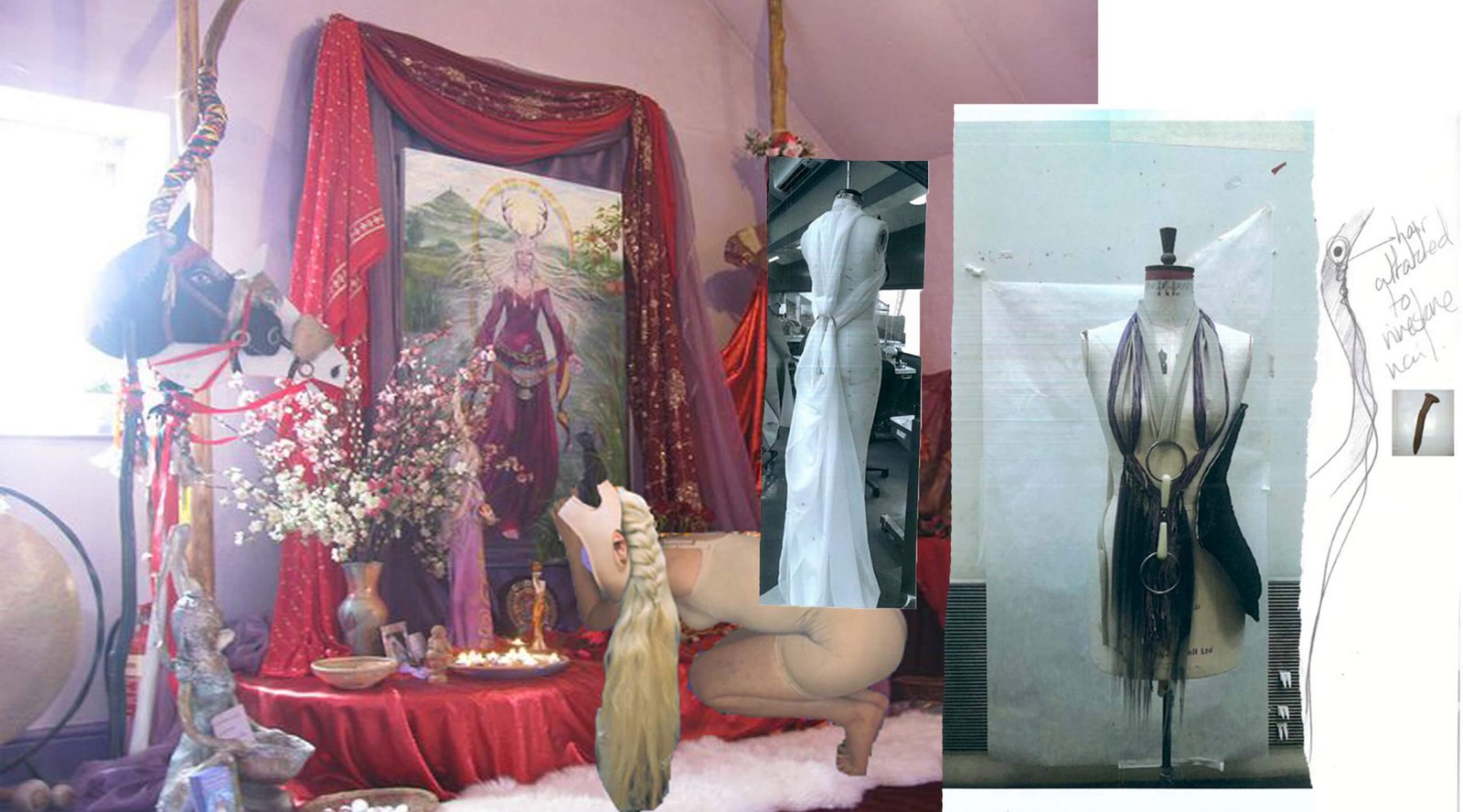 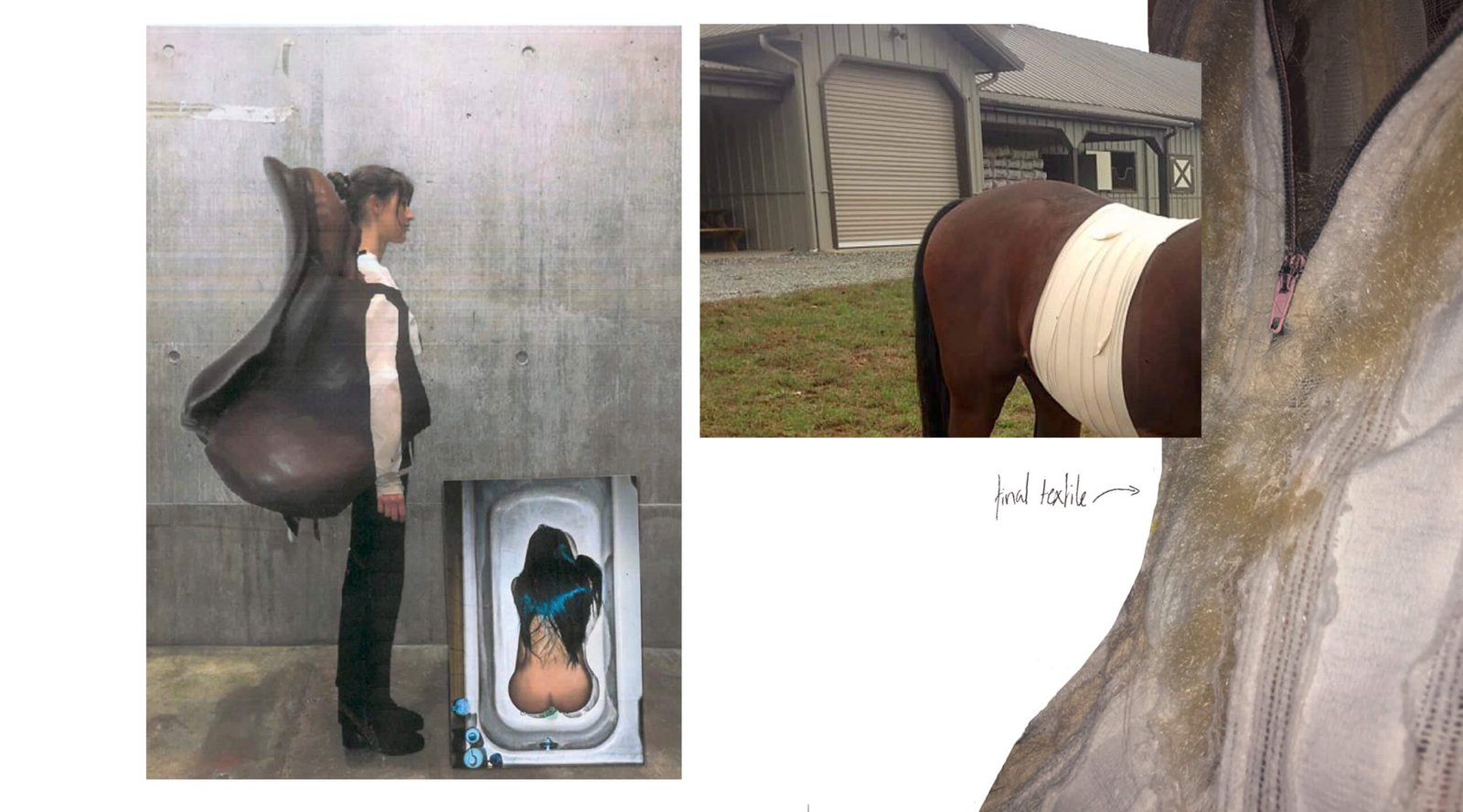 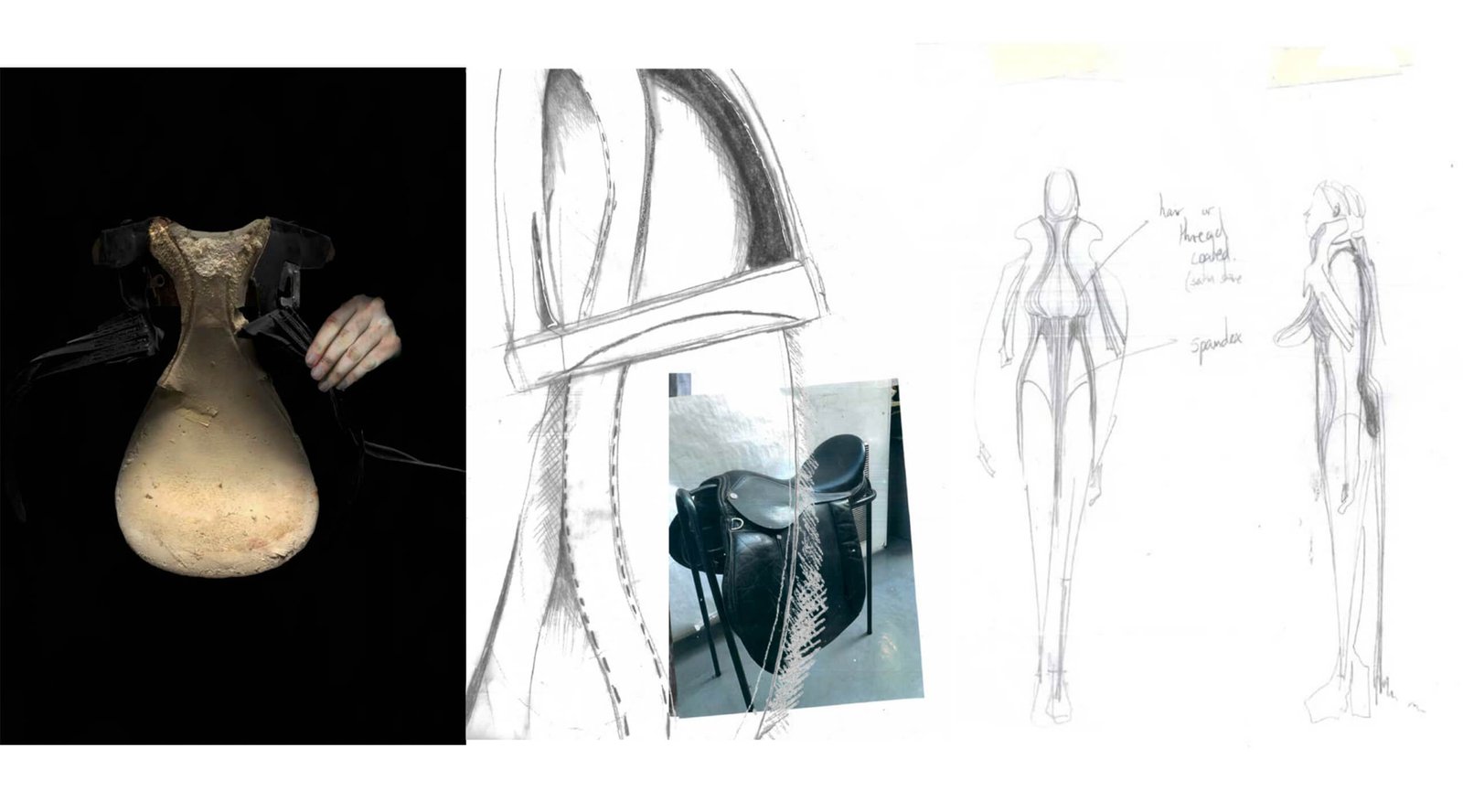 Knitwear student Rhiannon Davies’ graduate collection has turned into a personal memoir. The British-Welsh designer explored the Celtic deity Rhiannon/‘Epona,’ who is often depicted on a horse in Welsh legends like The Mabinogion. ‘I looked towards how we worship a certain image of the body.’ Researching into the idea of perfection when we think of gods and goddesses, the 23 year old transformed a second-hand, deconstructed saddle into a corset and posture corrector. During her year out, she interned at Marine Serre who both hold the same sustainable values. Rhiannon’s final collection features only upcycled materials such as expired bandages and used wigs. Turning her living room into Glastonbury’s Goddess Temple, which was the starting point for her final collection, Rhiannon models her own looks, singing and then mimicking the gaits of a horse, as a reference to the British artist Rose English’s 1971 Quadrille performance at the Southampton Horse Show. Rhiannon hopes to be able to explore her theme in more depth in higher education.