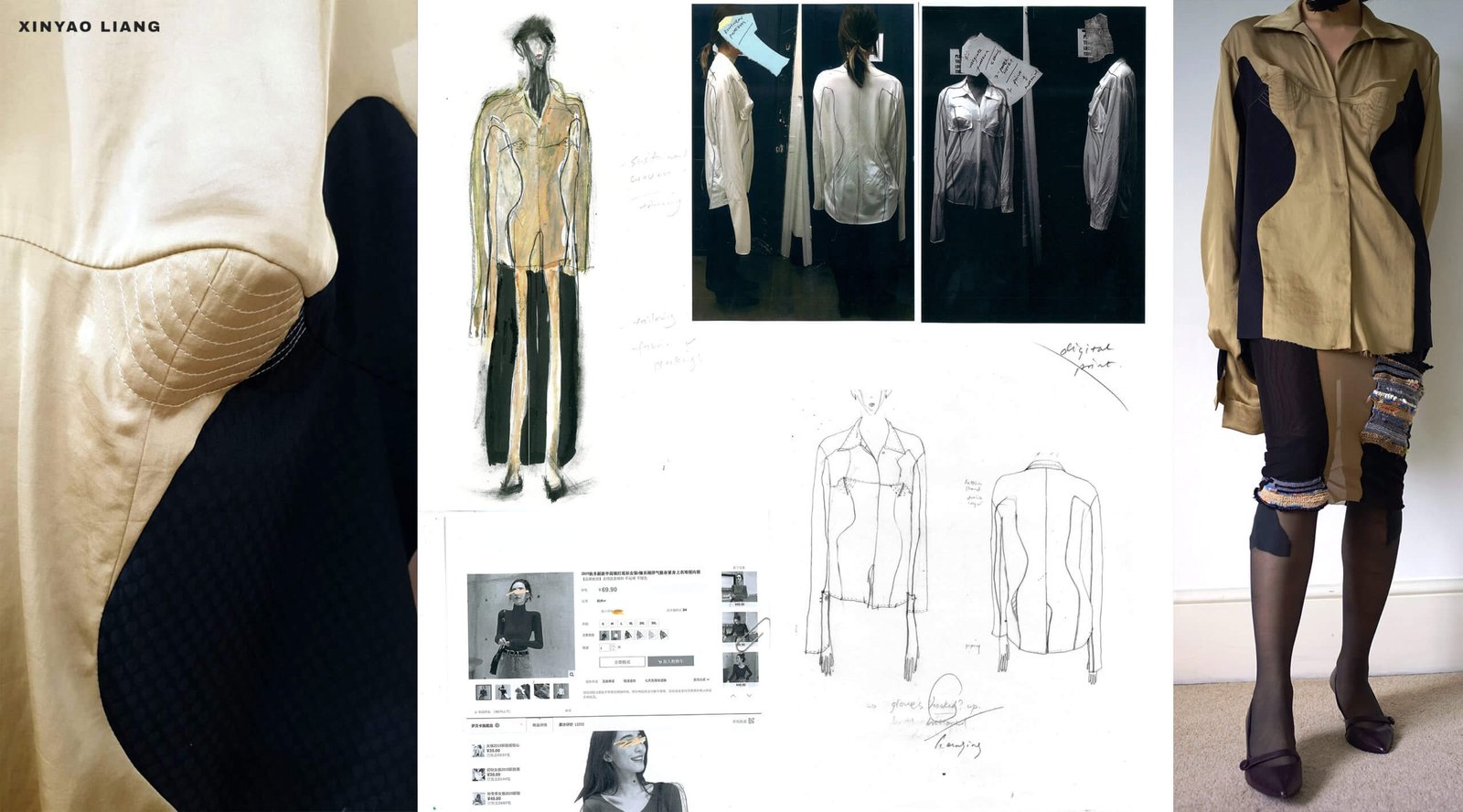 Xinyao Liang was born in Shanghai, China. She interned at Ying Shen’s label, Underage, as well as Ottolinger in Berlin, assisting Christa Bösch and Cosima Gadient. Sustainability is at the core of Liang’s design ethos, and her collection was made using the textile waste from sorting department of textile company and factory, designer studios and various charity shops. The stares she received whilst walking along the streets of China wearing an old cotton bra top last summer inspired her to blend lingerie with outerwear. Liang is committed to challenging both the perceptions and expectations of the female body, and says that the collection’s name, A Logical Rib, was developed from the story of Adam and Eve. ‘From a patriarchal perspective, Eve is dependent on Adam,’ says Liang. ‘She has no language, spirit or logic. I wanted to make the statement that women can be totally independent without men.’