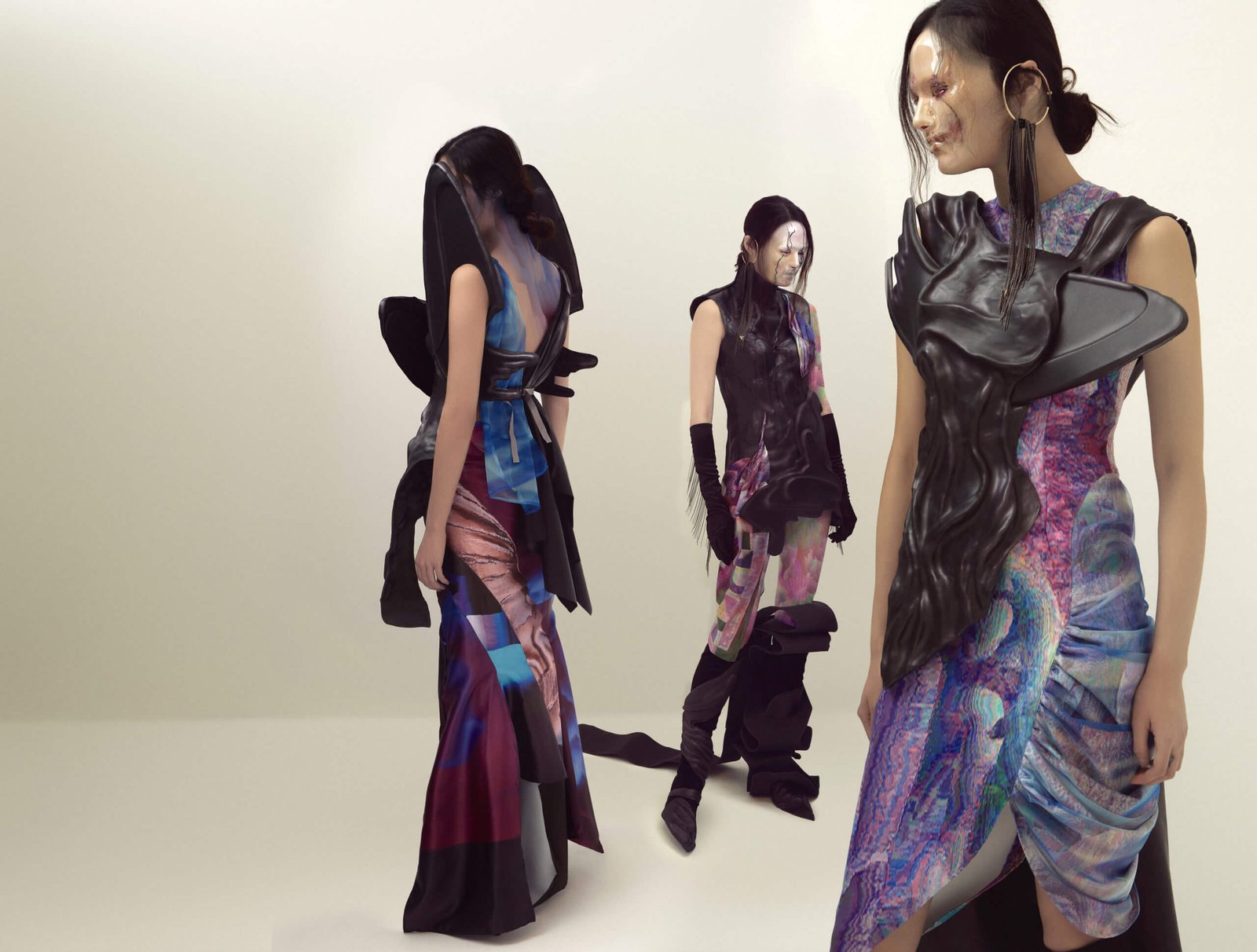 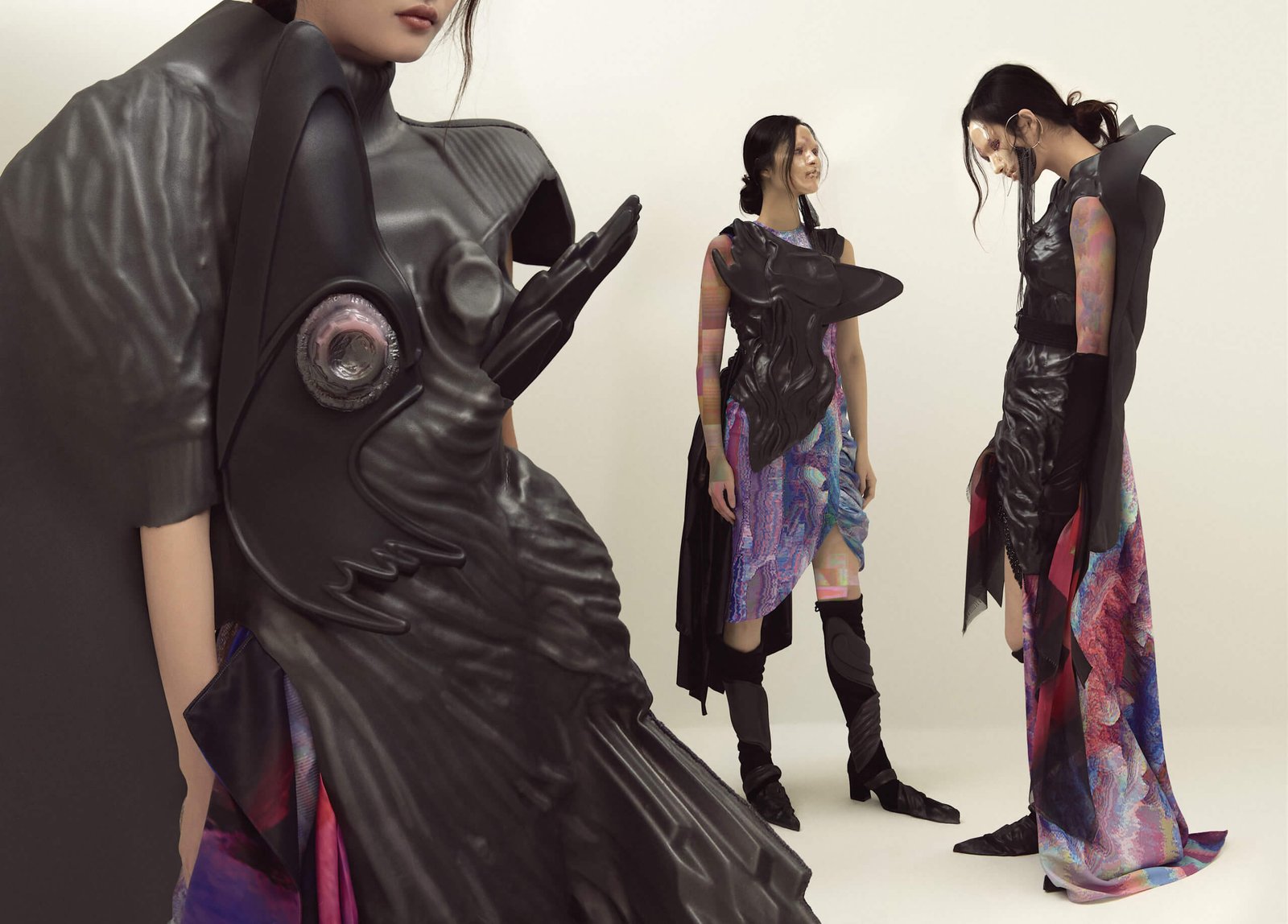 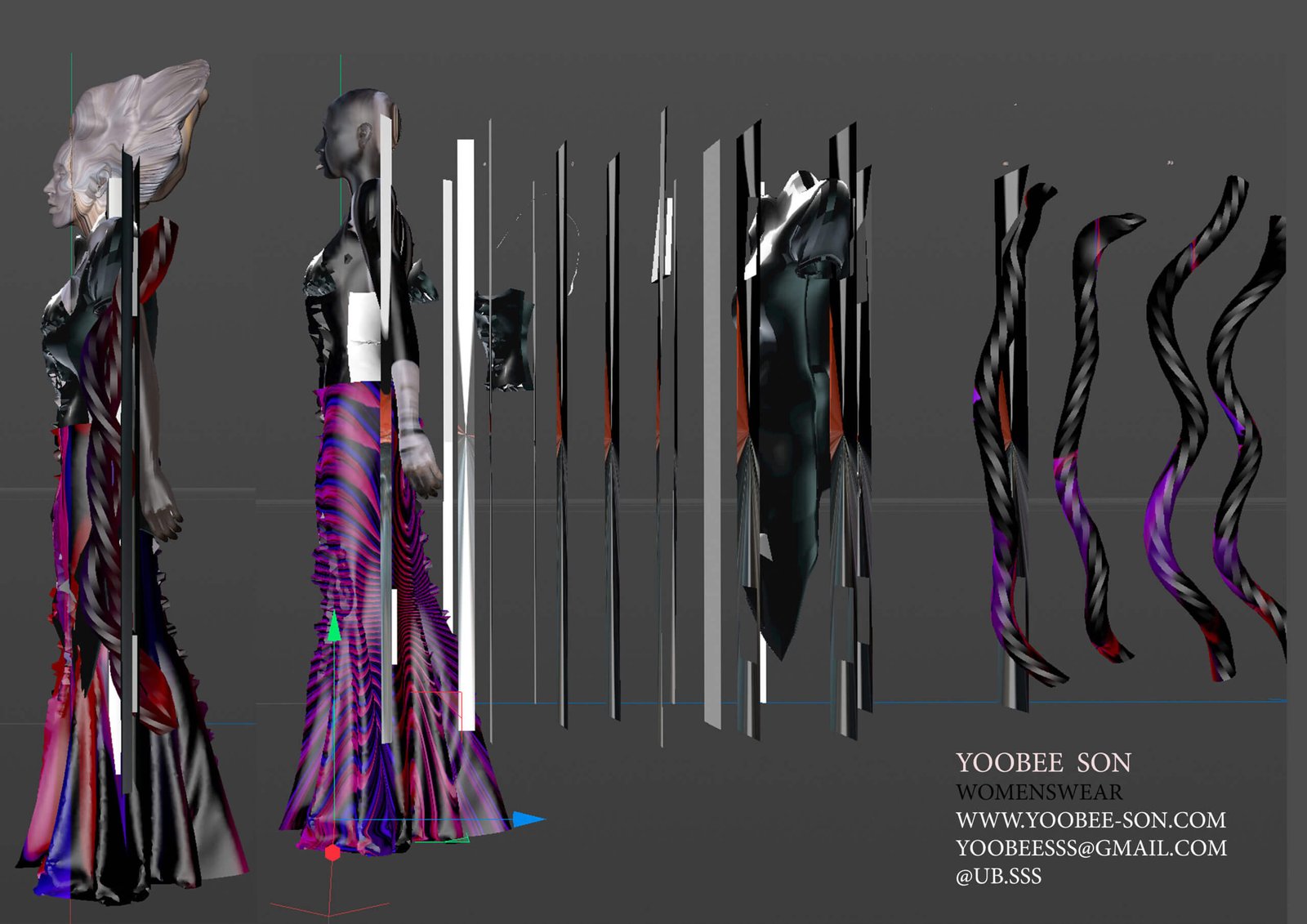 Yoobee Son is a 24 year old South Korean Womenswear student.
Yoobee interned at Halpern and Kiko Kostadinov during her placement year. Yoobee’s final collection is titled The In-between, in which she produced five looks during the lockdown. ‘The initial idea started out with the fact that I see my self as a game character which is glitching in certain instances.’ Her collection is an analysis of a life divided between continents and cultures and her being in the middle. She explores ideas of belonging, the element of the glitch is shown in her hand moulded pieces appearing as a futuristic body sculpture. She merges these more harsh shapes with soft materials such as PVC foam pad with drape and flow which suggests the body is in movement. Yoobee took inspiration from surrealist painters and the new world they have created with their paintings. In order to communicate the idea of being in between, she created her own virtual world and body form using a 3D computer programme. After graduating Yoobee aims to continue working on her graduate collection.