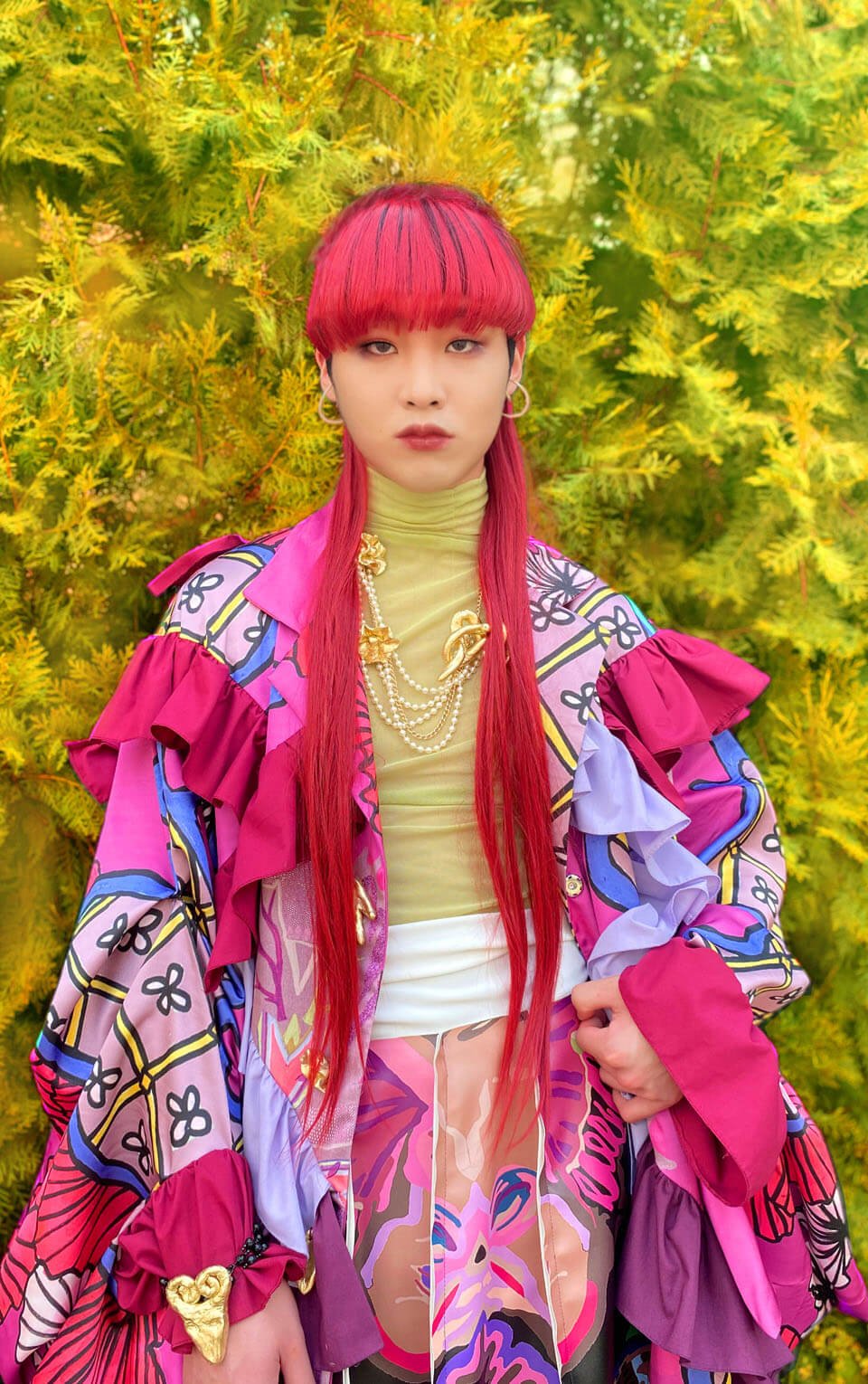 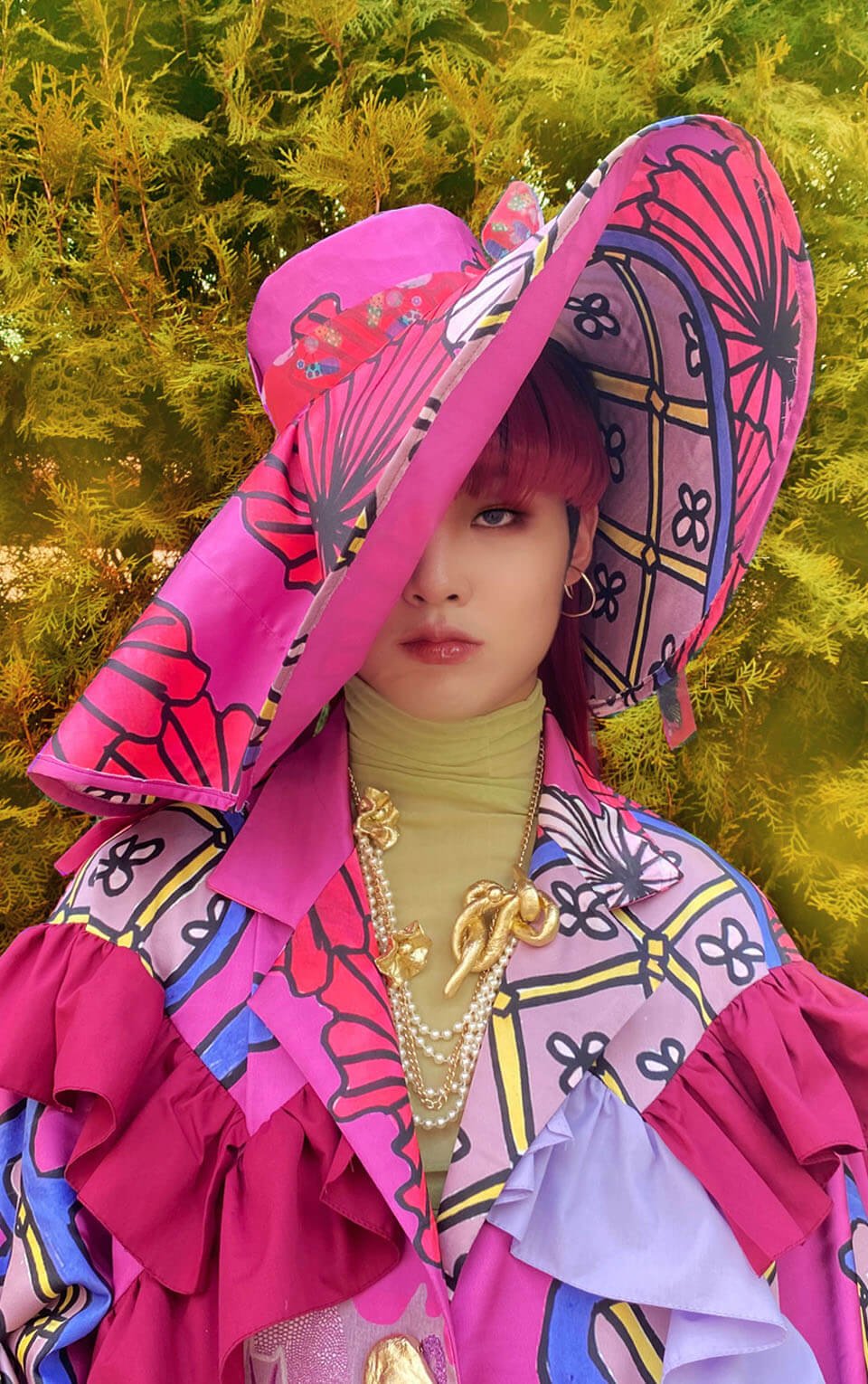 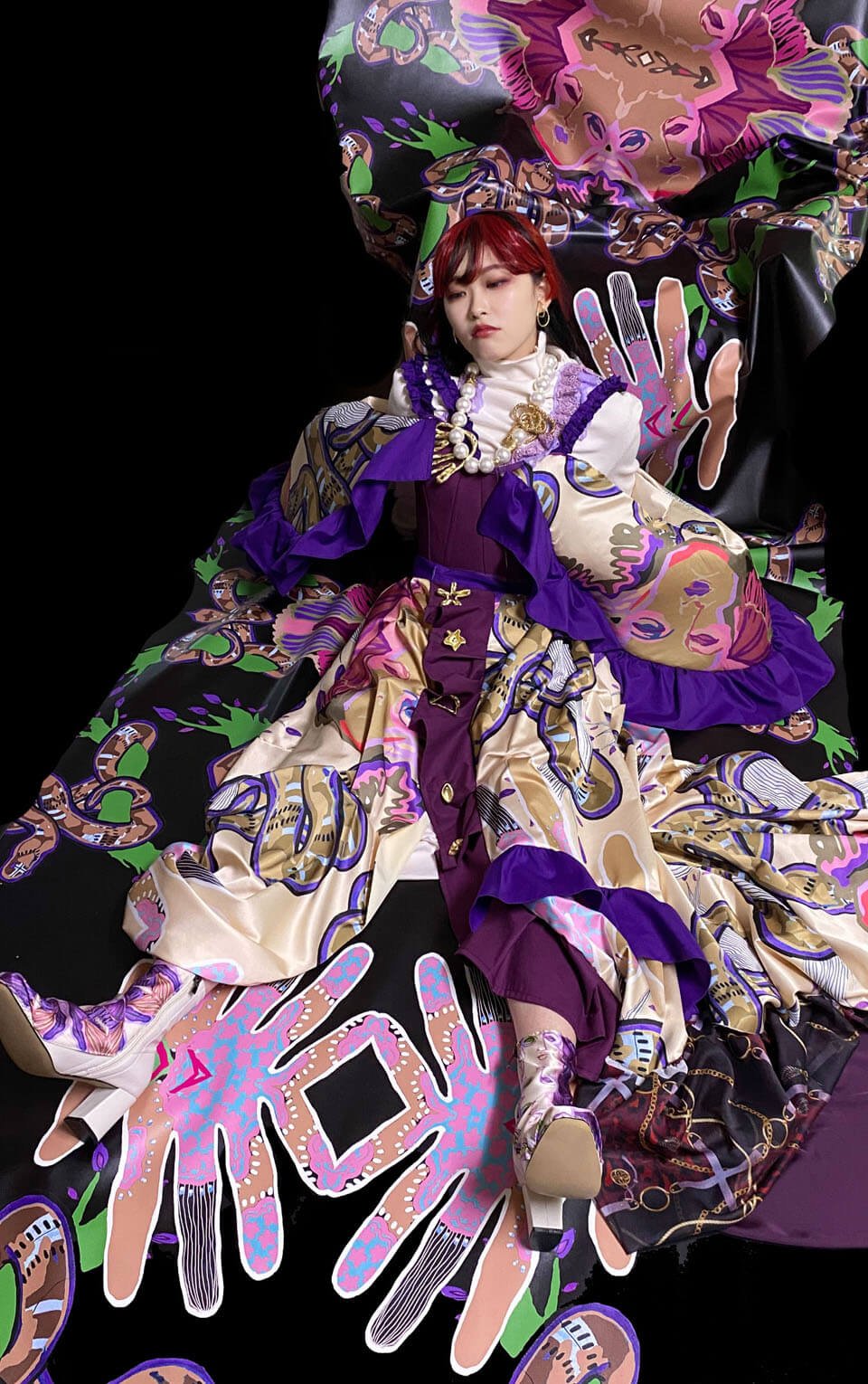 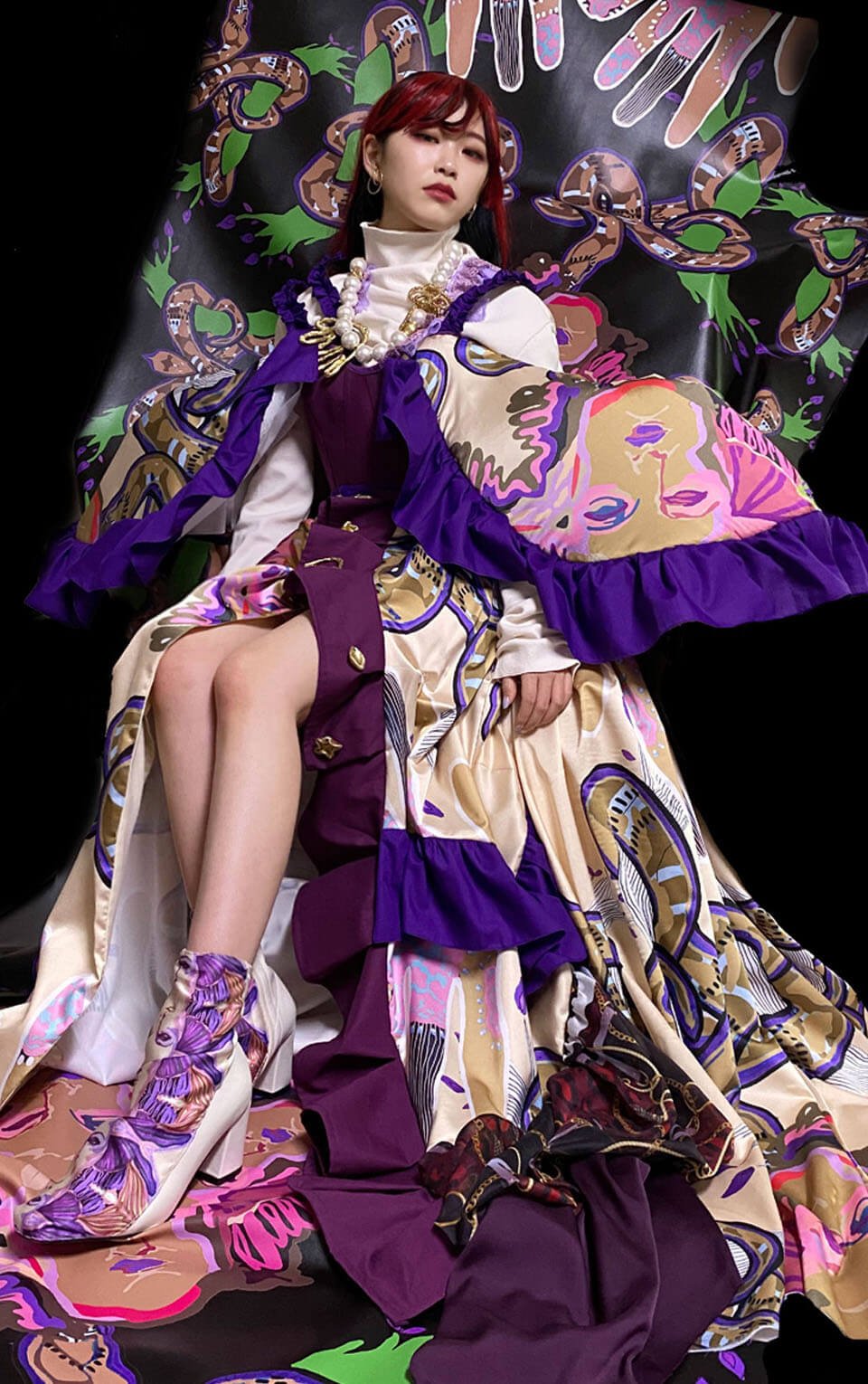 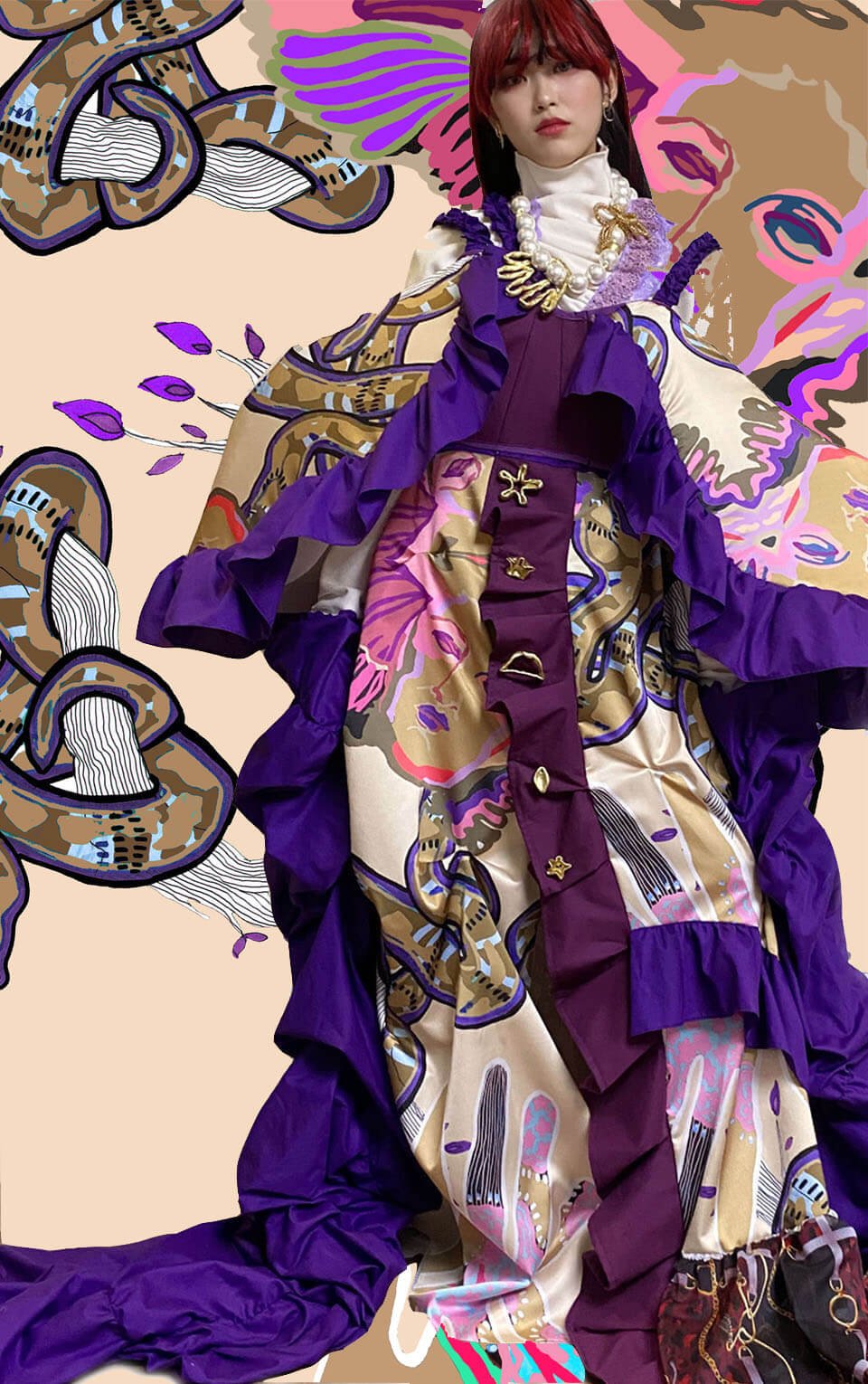 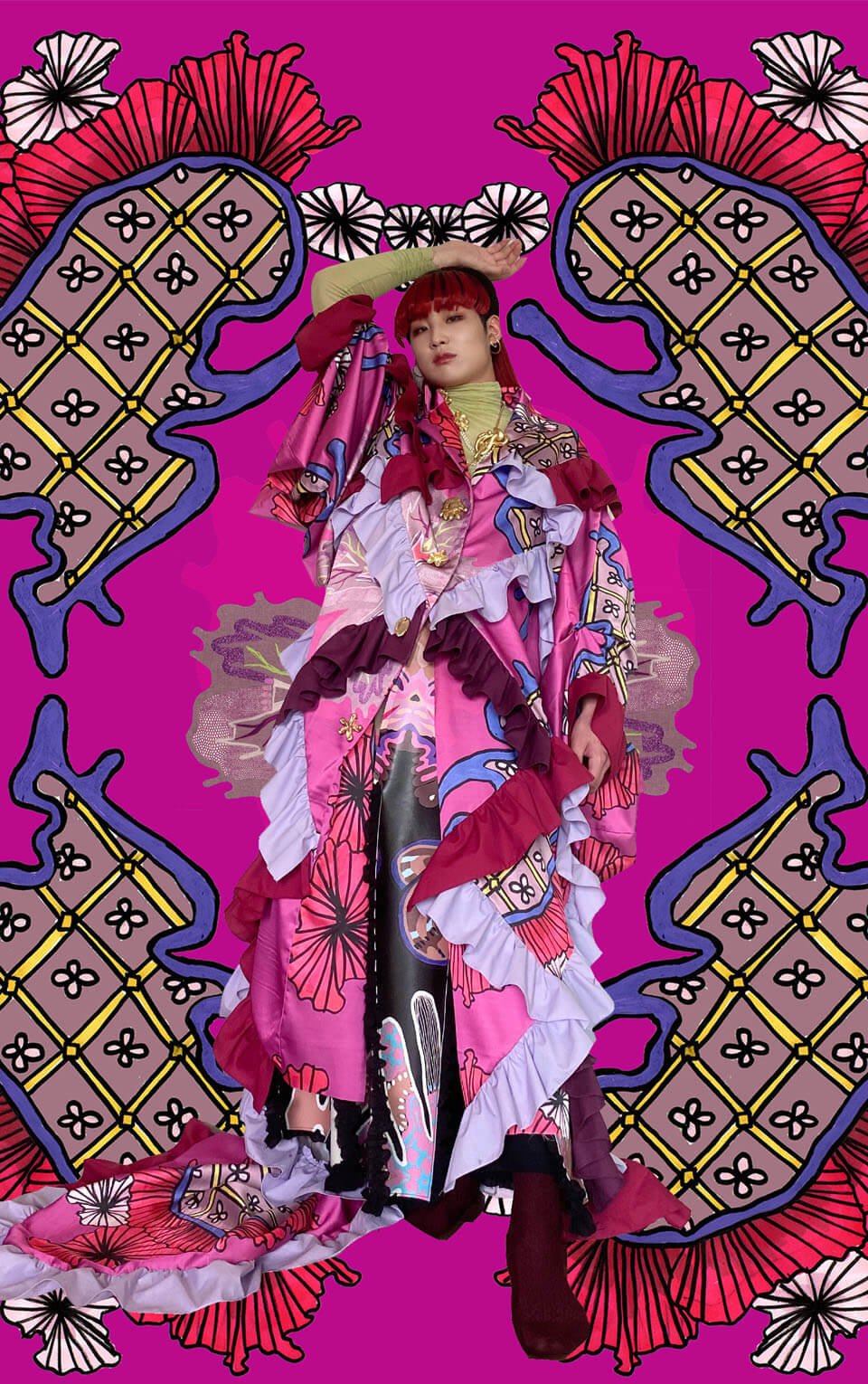 25 year old Zoe Sujin Lee from Seoul interned at Rejina Pyo during her placement year and was later hired as a design assistant for four more months. Her graduate collection focuses on the conversation that occurs between her conscious and unconscious self which, she believes, having delved into Freud’s psychoanalysis theory, happens when sleeping. ‘I had a period where I was depressed and I couldn’t find a way out. Studying psychoanalysis and the dream theory helped me understand myself and move forward.’ Through drawing symbols she saw while sleeping and inspired by surrealist artists such as Meret Oppenheim and Claude Cajun, Lee put together colourful and bold prints placed on ruffle-covered robes, inspired by the silhouette of the 18th century Banyan. Lee hopes to work in London and eventually start her own label. Her final collection – through contrasting colours and exaggerated silhouettes – submerges the viewer into an imaginary overlap between reality and a fantasy world of snakes, flowers and pills governed by the god of sleep.