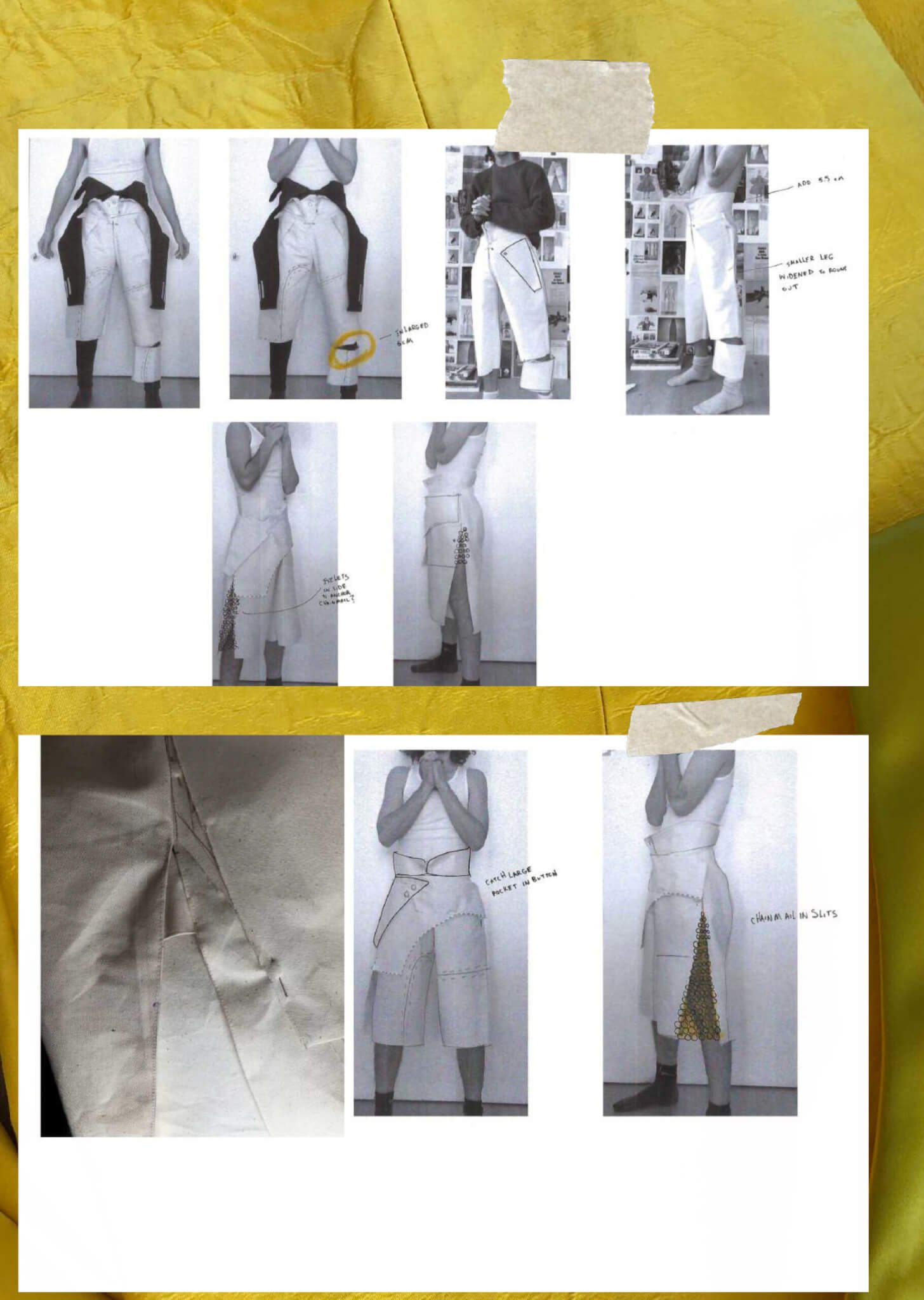 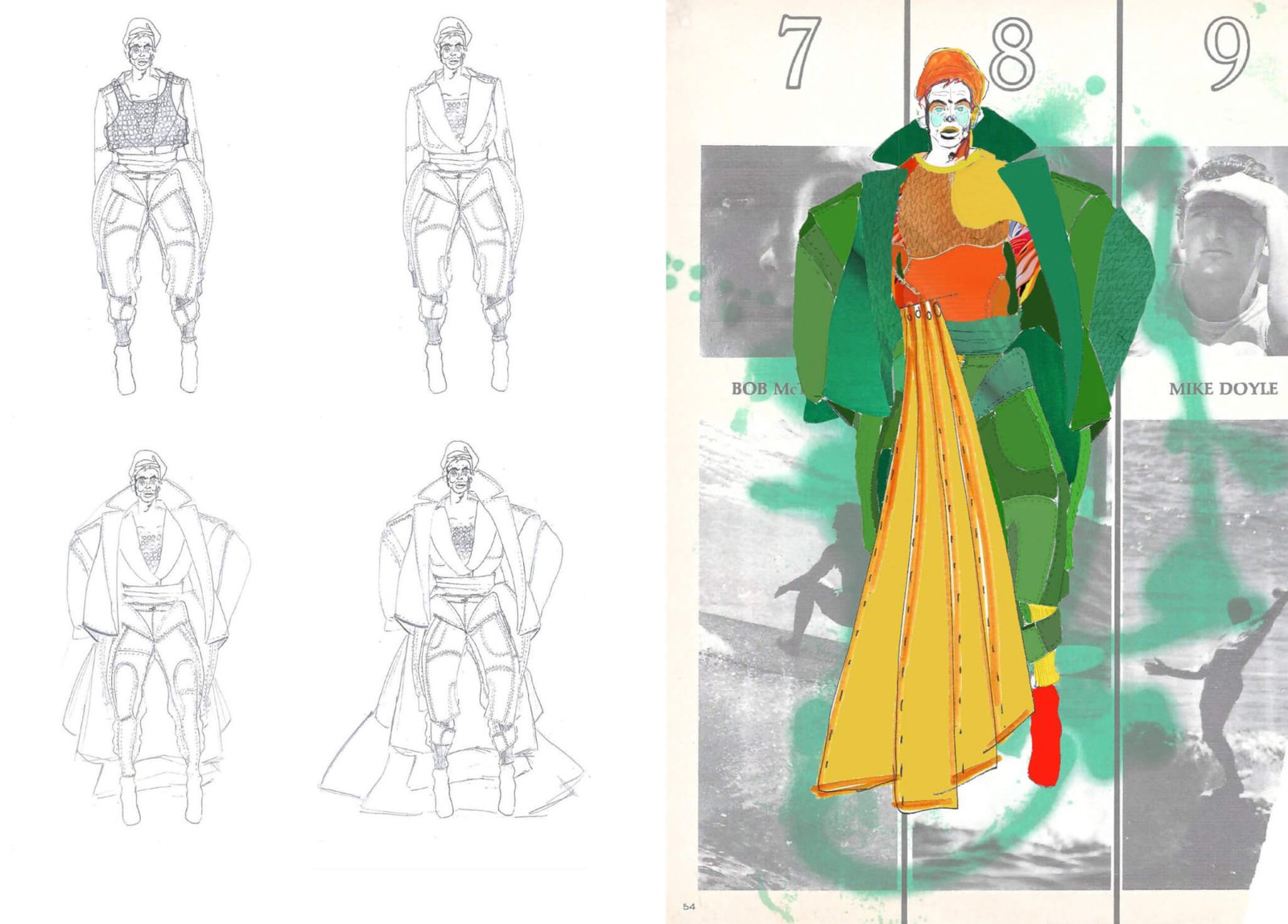 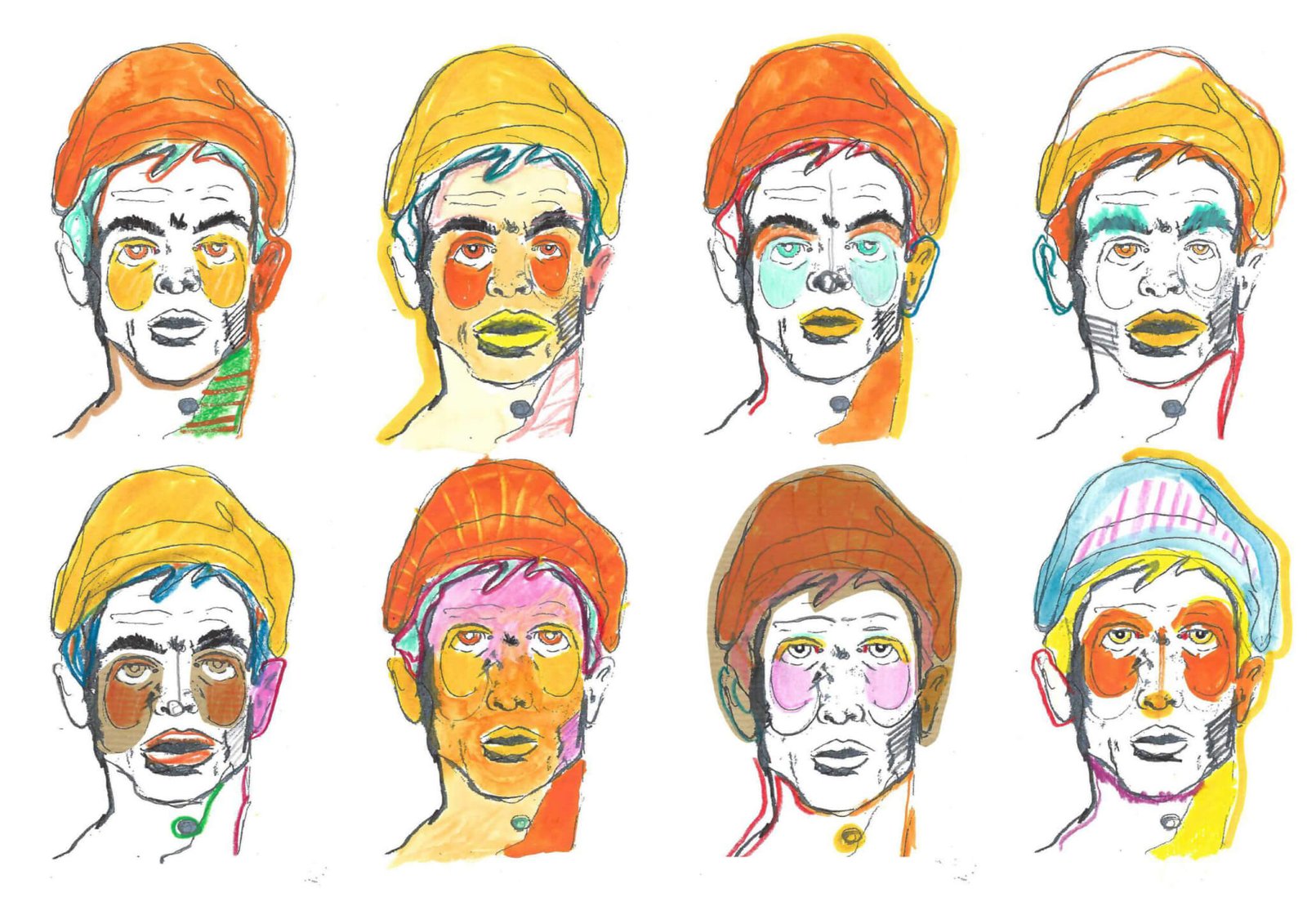 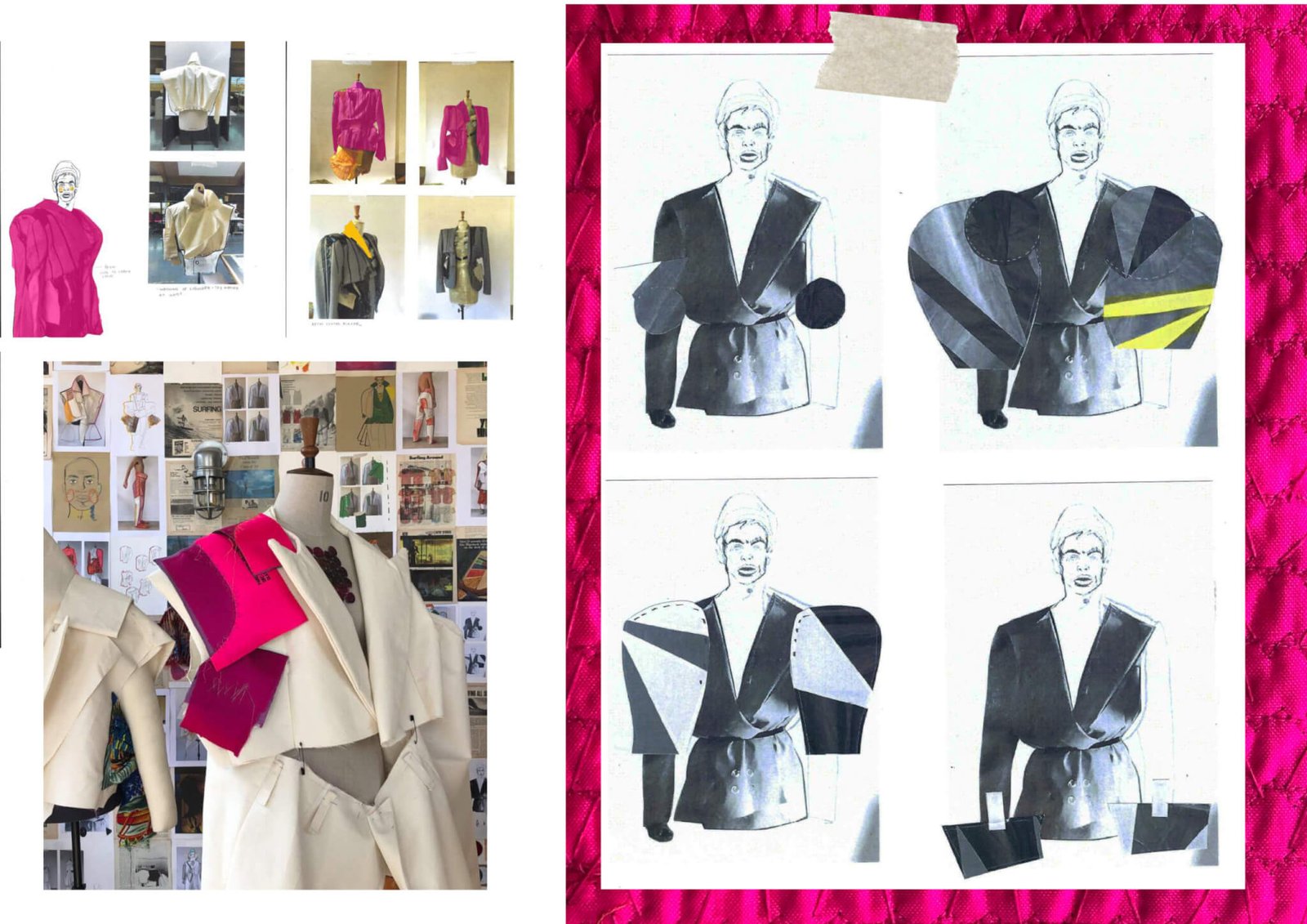 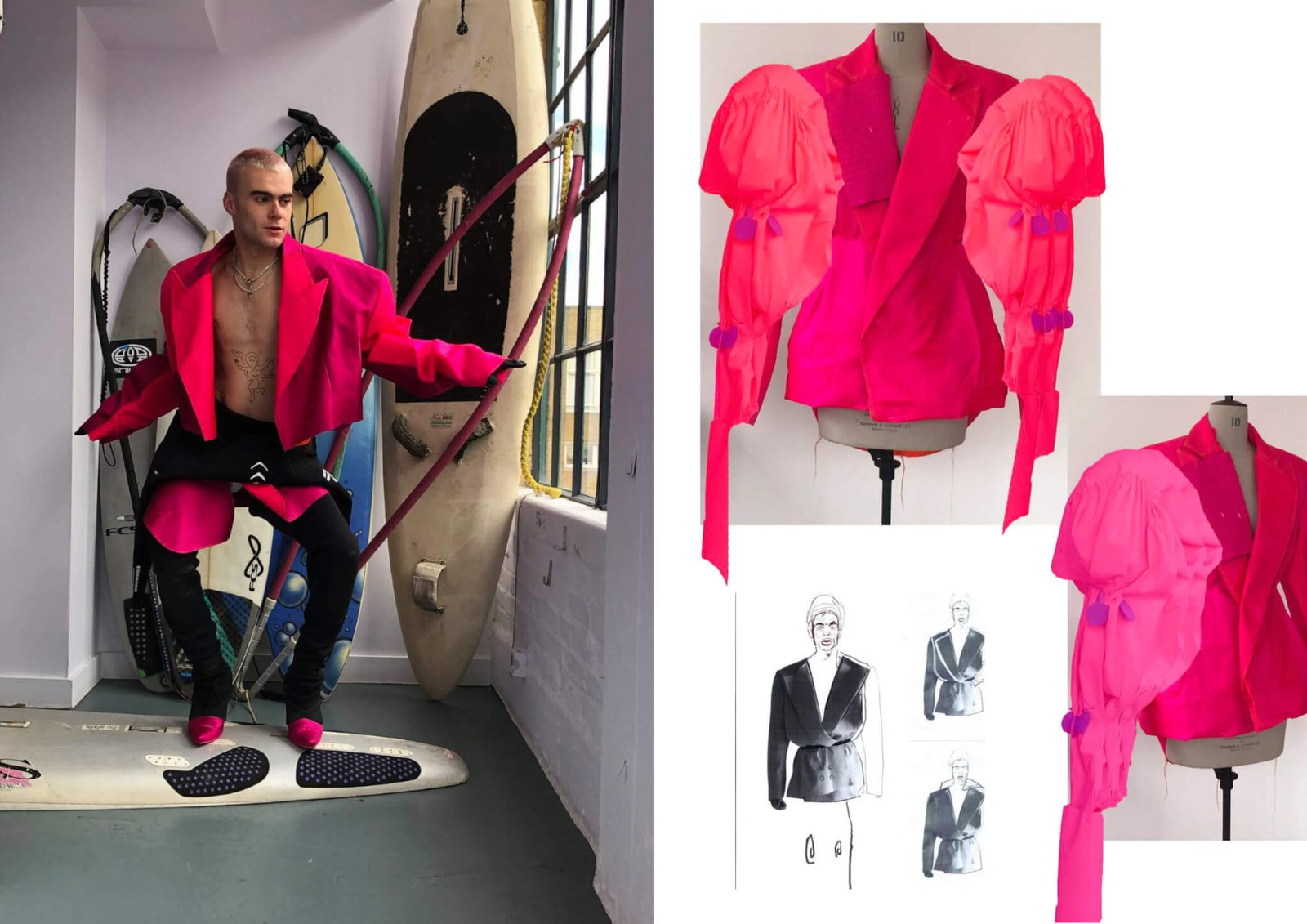 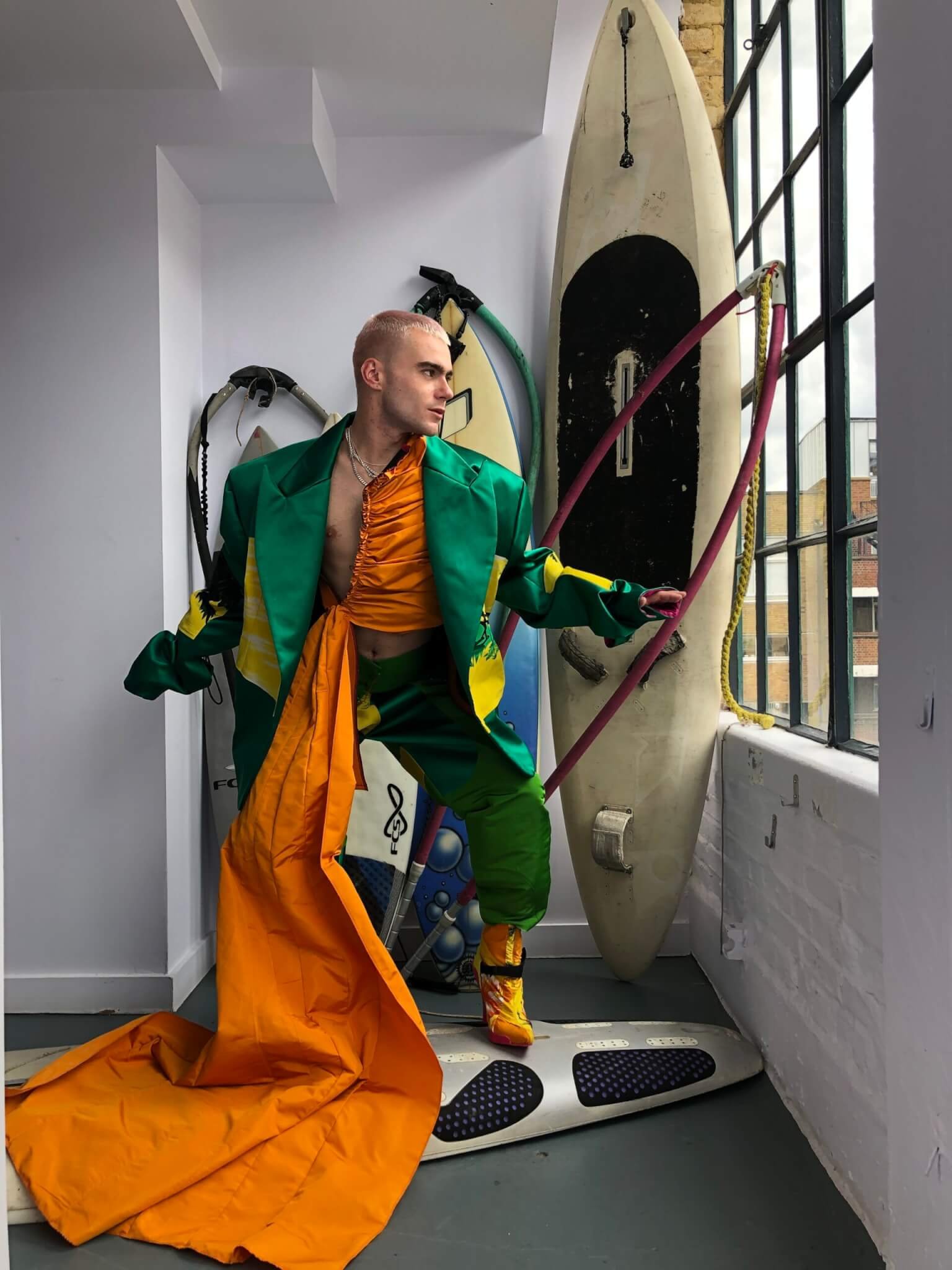 Each look from Boy Kloves’ Boy Against the Sea is distinguishable like characters in The Breakfast Club or members of the Spice Girls, however he imagines them as, less PG, members of an anarchic gay surfer gang – a homoerotic Point Break.

His initial inspiration: Querelle, Rainer Werner Fassbinder’s visually splendid retelling of Jean Genet’s novel Querelle of Brest. Enter the dumb jock, the sporty one, the powerful boss, the leader, the young flamboyant guy, and the old wise beach bum, all dressed in audaciously non-conservative sports attire. We have seen these characters before, Boy has too. But while they may be tropes perpetuated to us by the movies, for him they are caricatures of those who surround him on the West Coast. ‘You don’t want it to be a documentary, you want it to be your weird utopia,’ he says of his depiction.

The 25 year old’s fantastical universe of neon silk and neoprene is a retaliation against Trump’s time in office when he implemented damaging and discriminatory action against the LGBTQ+ community. Inspired by demure old Hollywood stars, Boy Against the Sea relies on subtlety and ‘the illusion of things falling off’ to create the eroticism present in his collection.

The designer will return to Los Angeles, where he will join a project-based fashion collective comprised of previous Central Saint Martins’ graduates. It will see Boy substitute the coast for the road as he follows the International Gay Rodeo Association across the States.