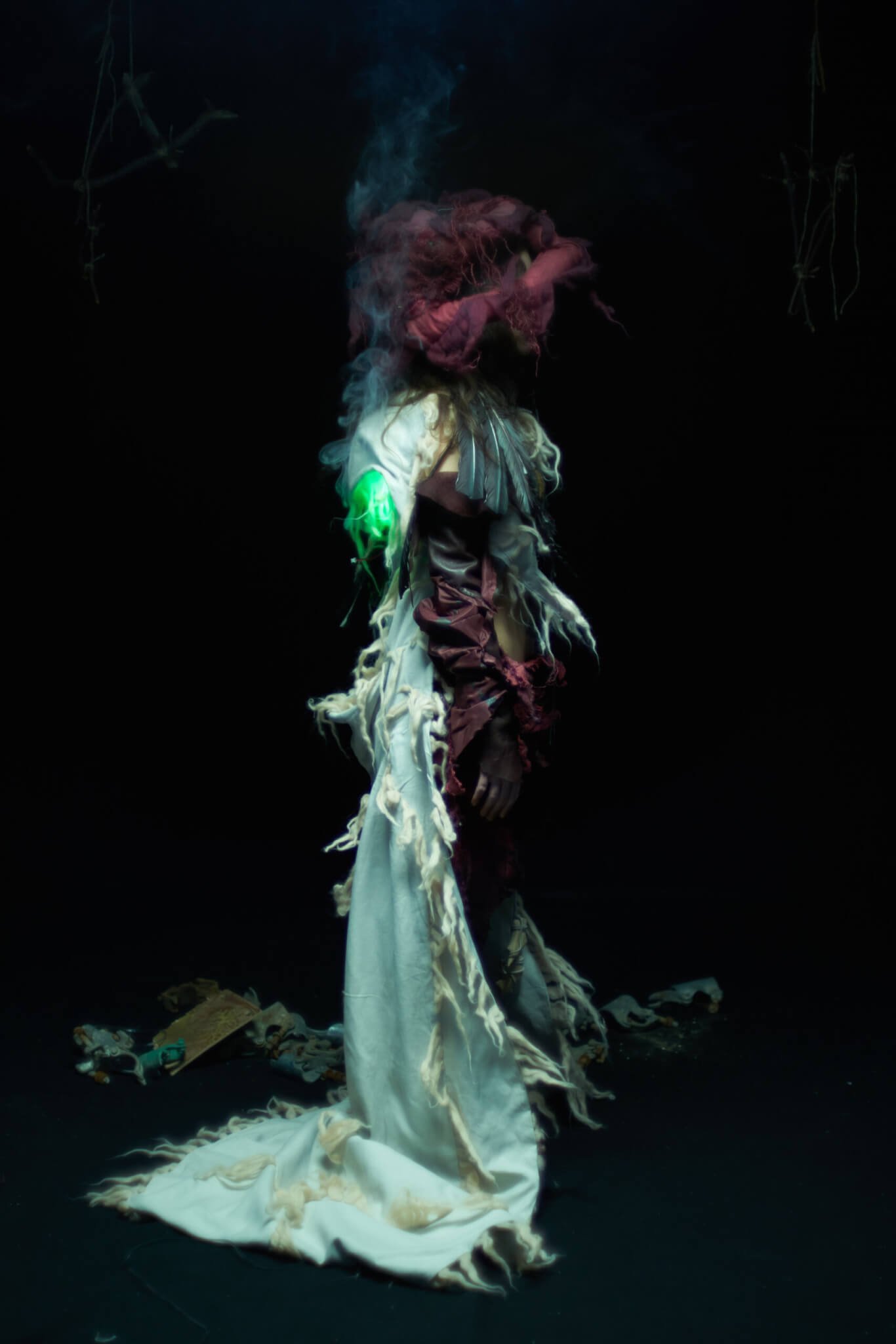 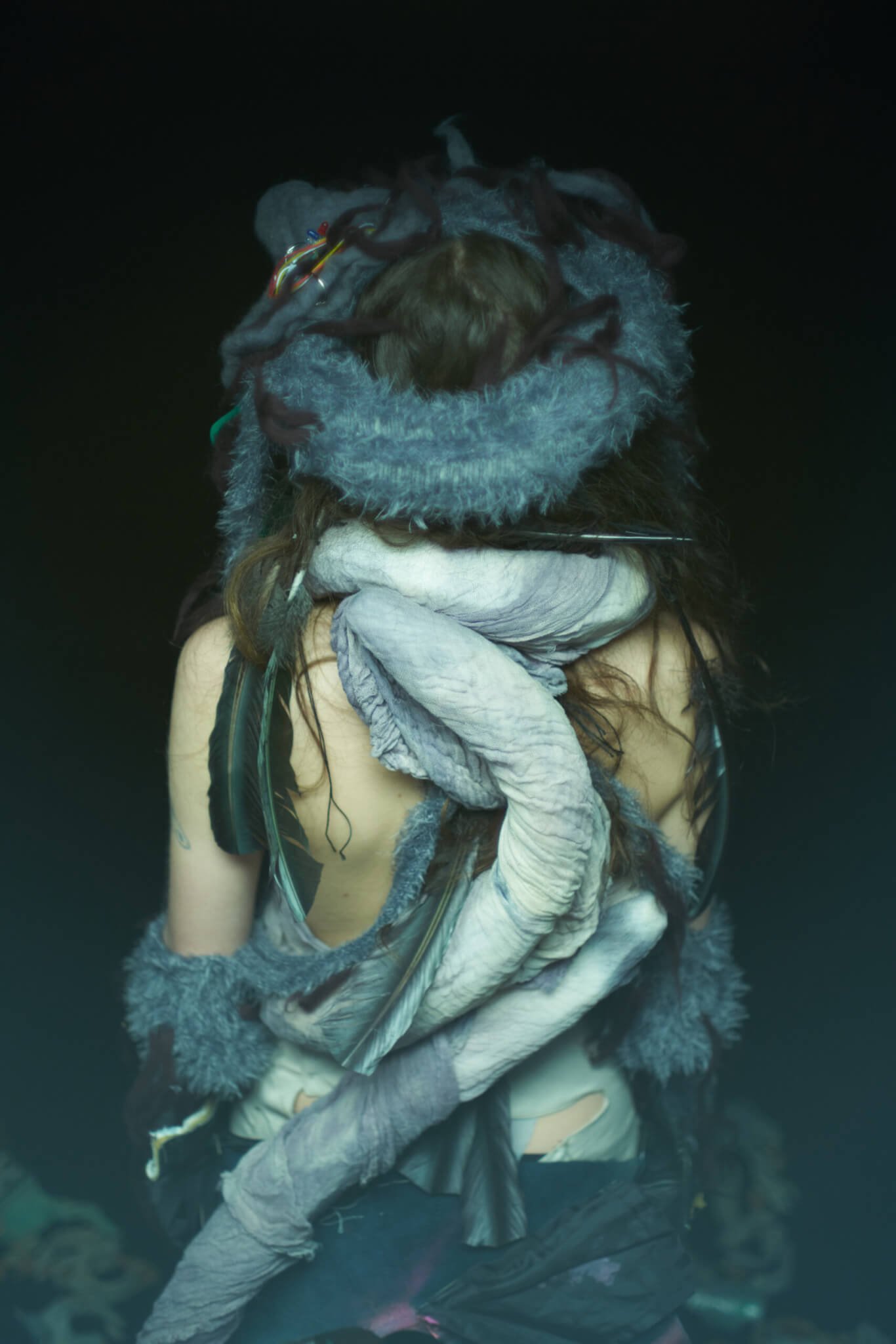 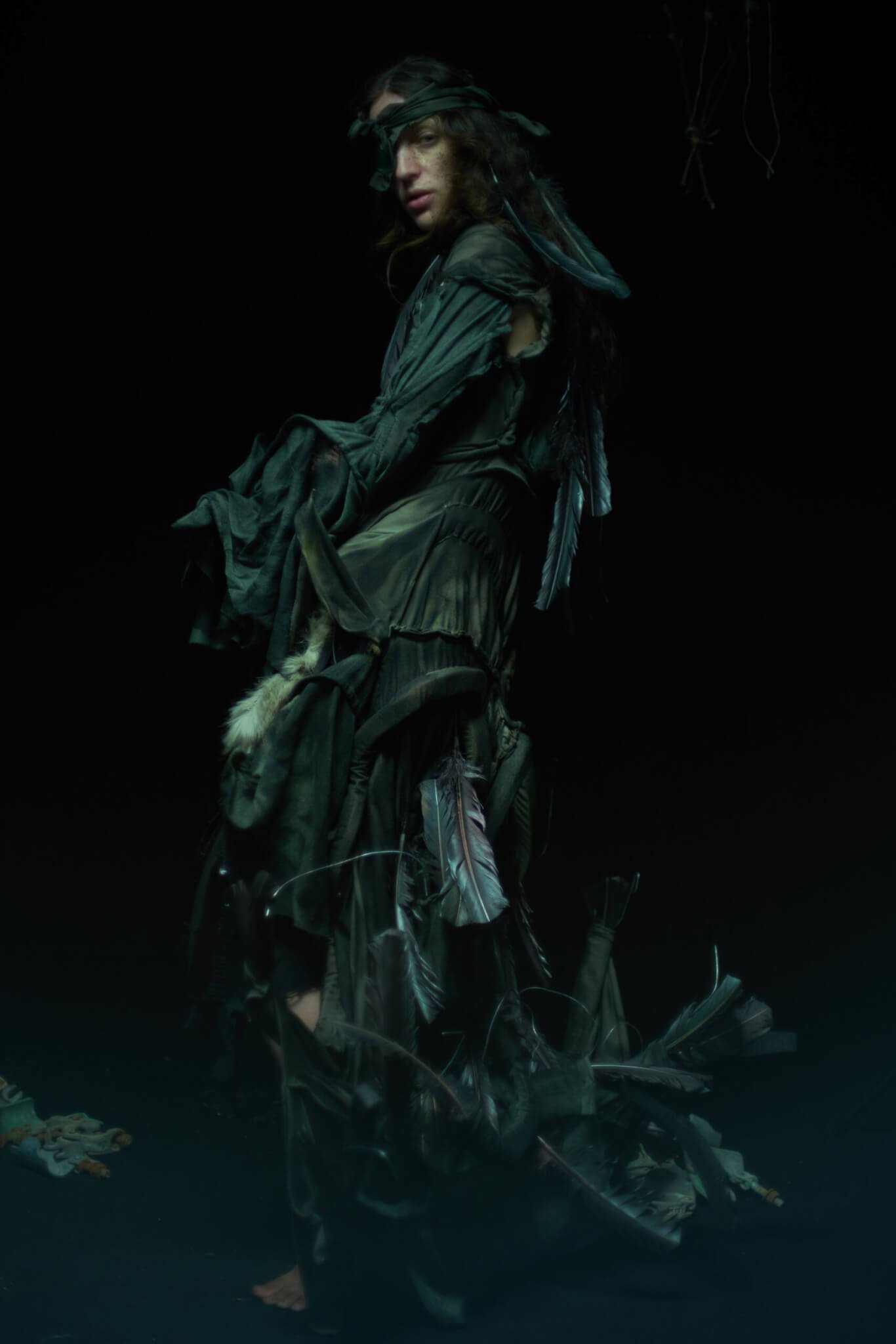 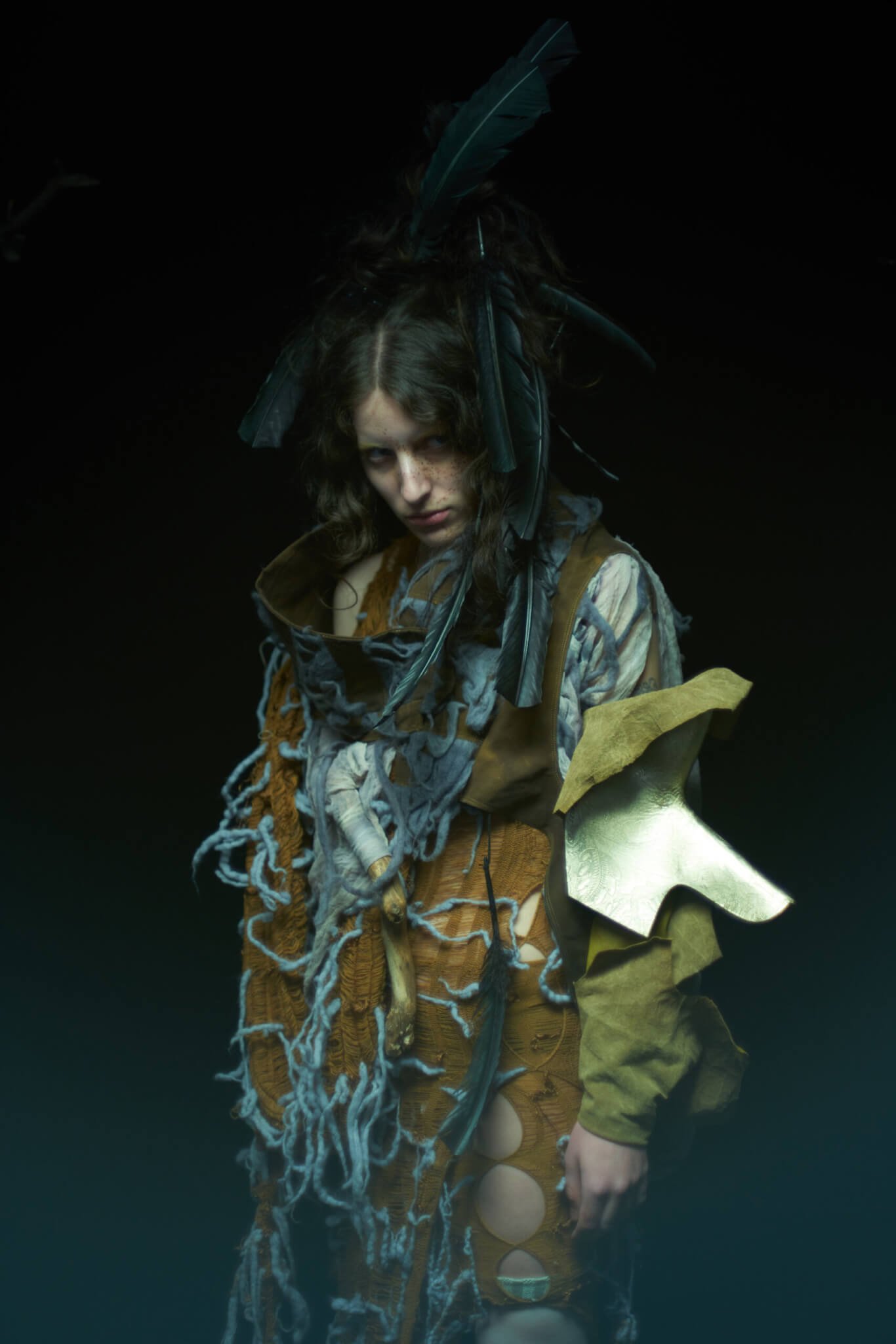 ‘The collection started with being inspired by mud; the act of being covered in it and how that would feel,’ says Freyja Newsome, 23, who has studied BA Fashion Knitwear. ‘Now it has evolved into this alternate future, with a dystopian spirit but with remnants of technological advancements.’ The final collection, titled Nymph,,Omania is fuelled by natural and earthy energy, with oxblood, browns and greys as the main colour palette. ‘I would say it is grotesque but ethereal at the same time,’ she says. Newsome collaborated with artist Daniel Stevenson to make hand carved wooden talismans for the accessories, and with technology-based artist, Alice Stewart to make circuit board and tech features for some of her looks. Newsome uses linen, leather, felt and latex in mainly oversized and cascading silhouettes. One linen and felt ‘cave coat’ includes a smoke and laser attachment, paired with hand dyed red linen, bumster trousers and a big felt ‘floppy hat’. In her placement year, Yorkshire-born Newsome, lived in the desert in rural California for three months, instead of completing an internship, and lived in a self-governed and decentralised community called Bombay Beach. ‘It was very much self-motivated and different people with different skills would come together to live, cook together and eat together,’ says Newsome. During this time, the young designer was able to go on a journey of self-discovery in design and came back to college for her final year with complete contentment in her creativity and her process. ‘I learnt a lot about myself and my vision is very clear now. The clothes that I make look like me and it is stuff that I would wear.’ ‘My work creates its own energy and exists in a world that I put it in,’ she says. And it is with this attitude that she hopes to continue with her work going forward.