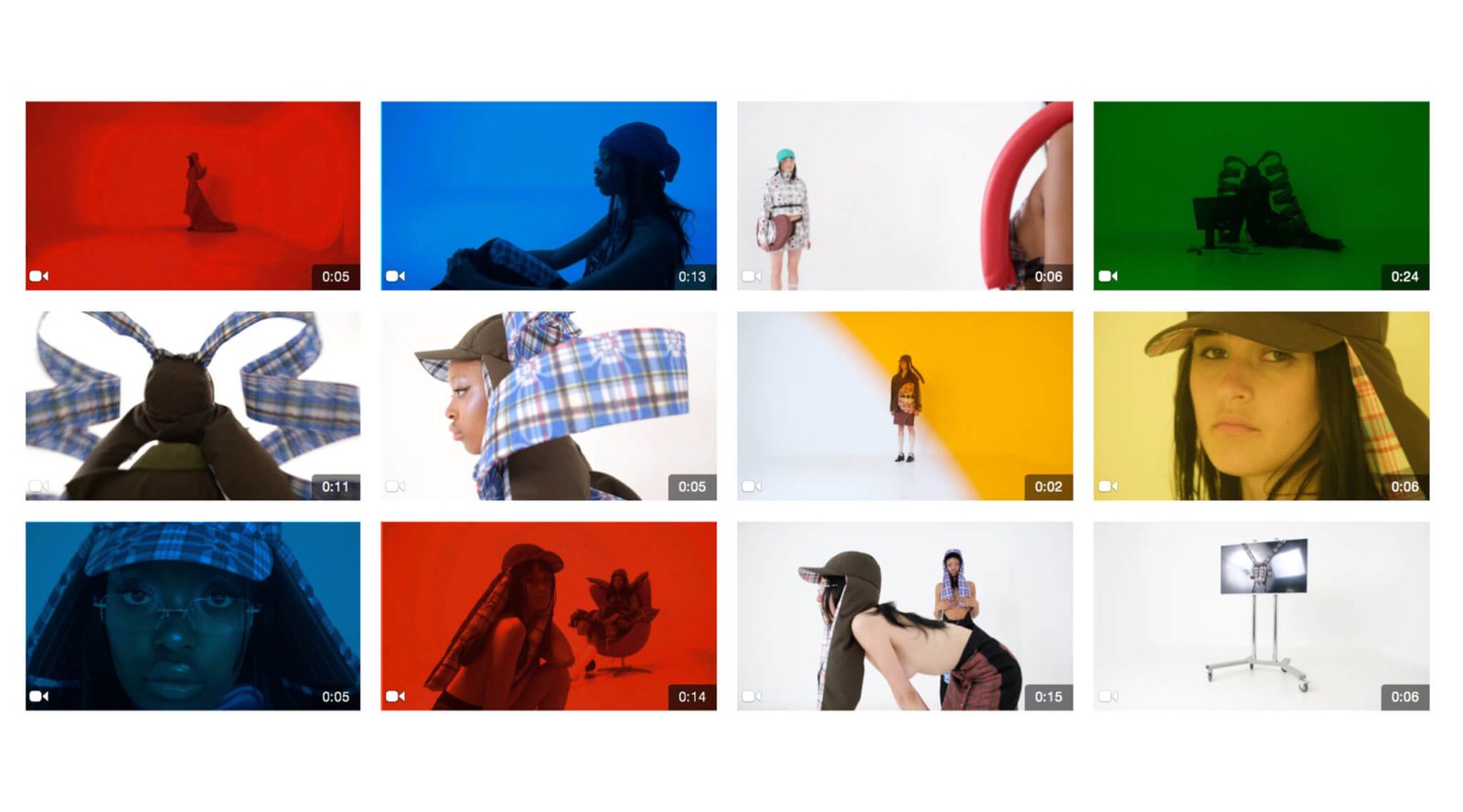 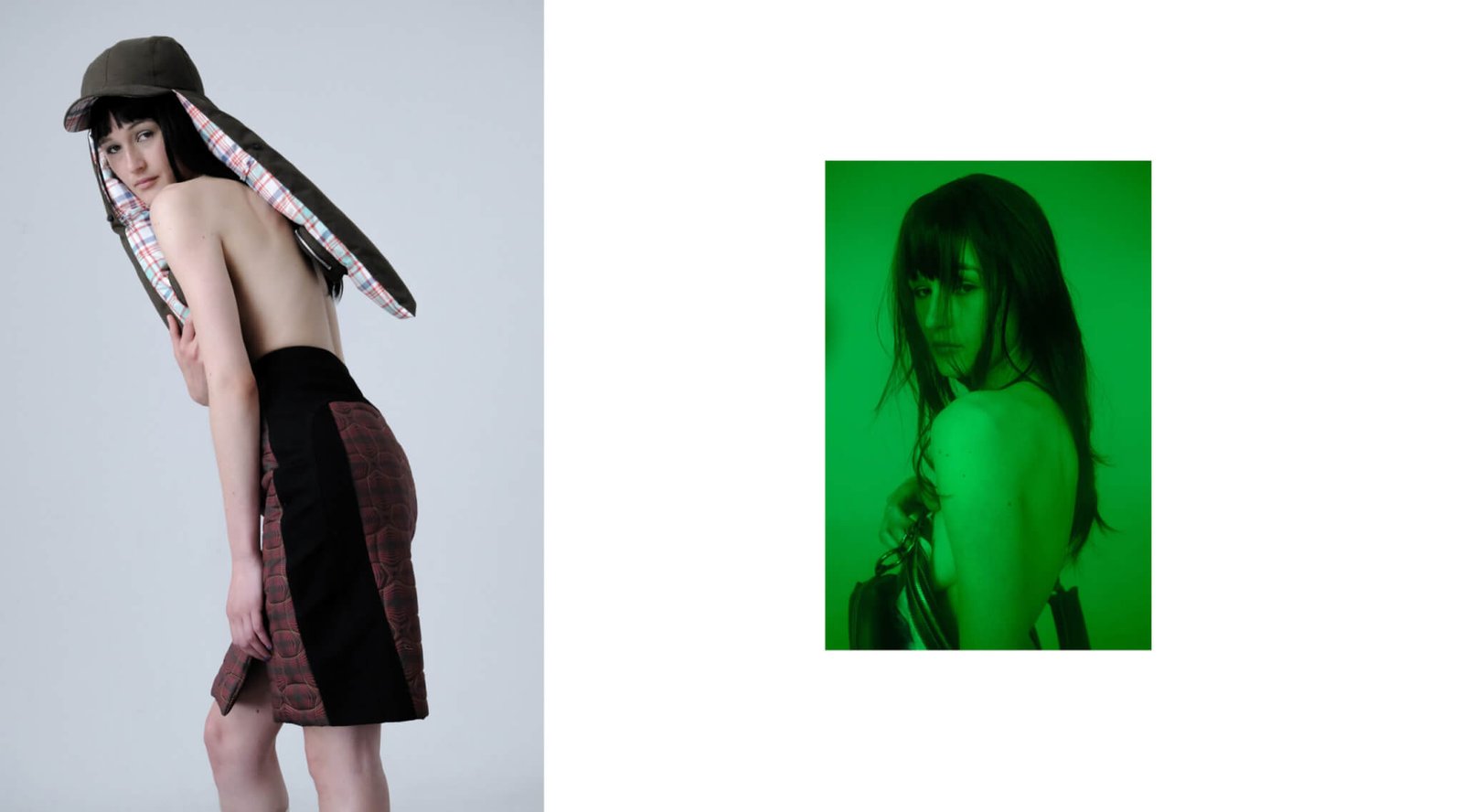 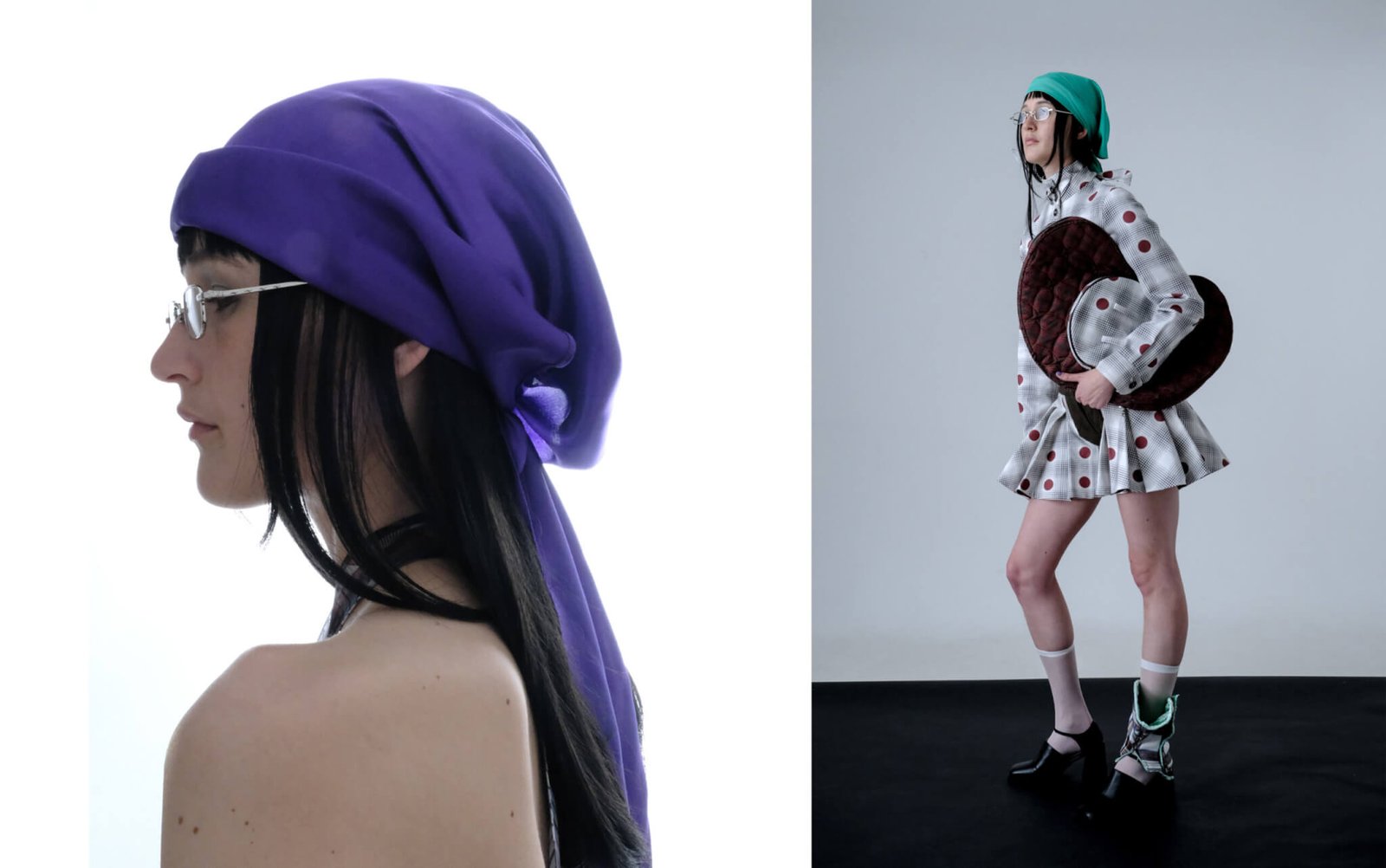 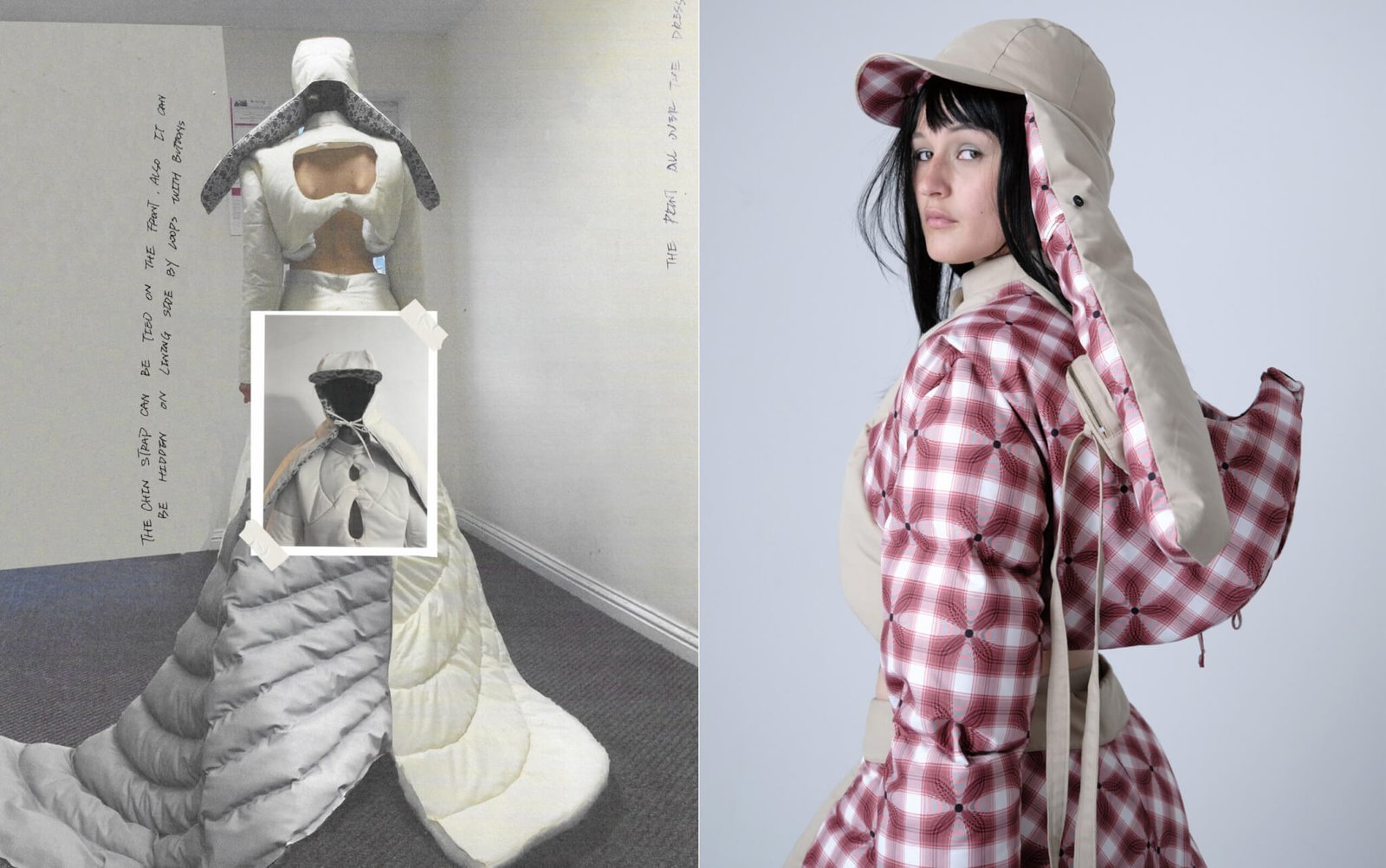 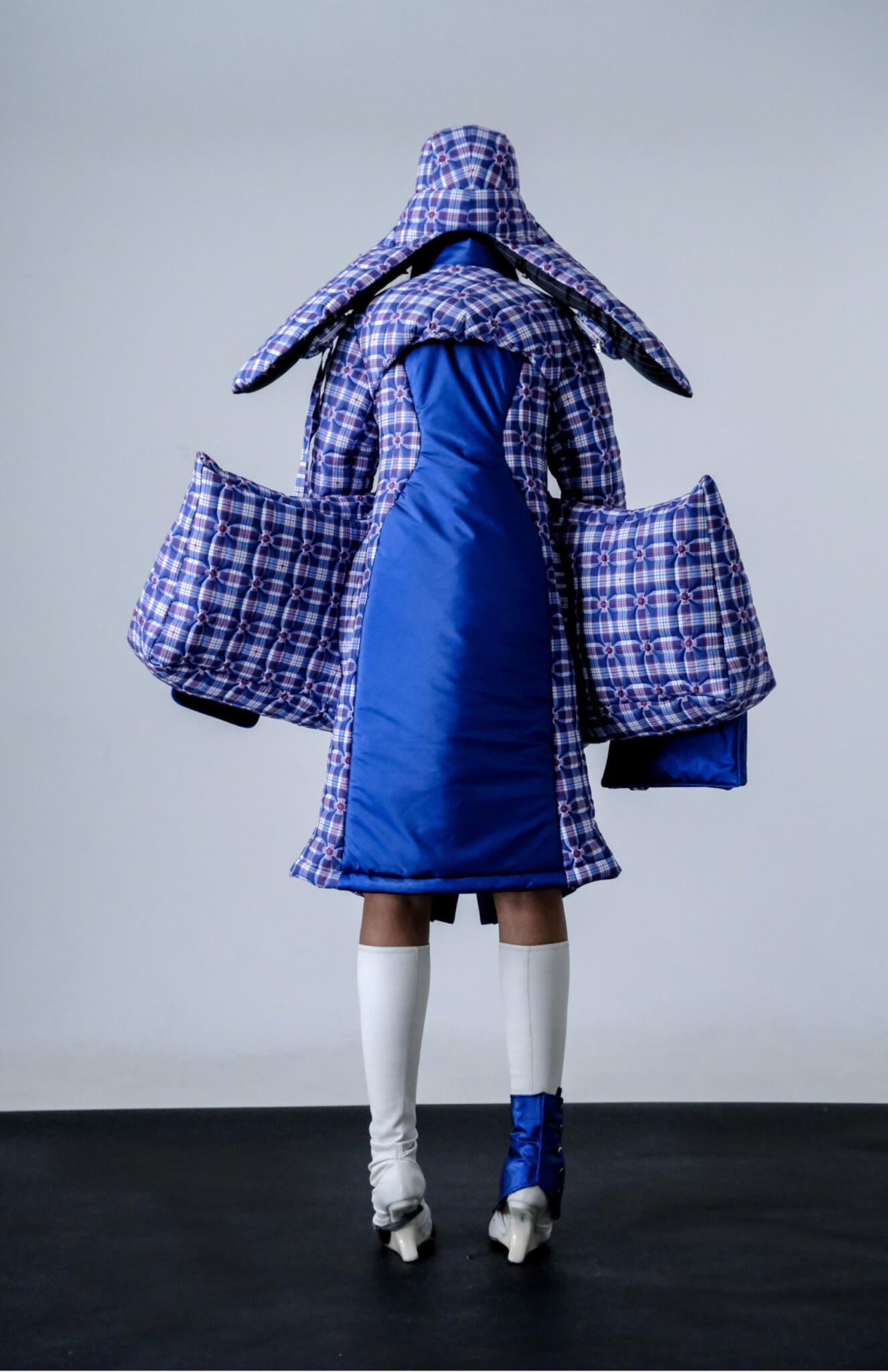 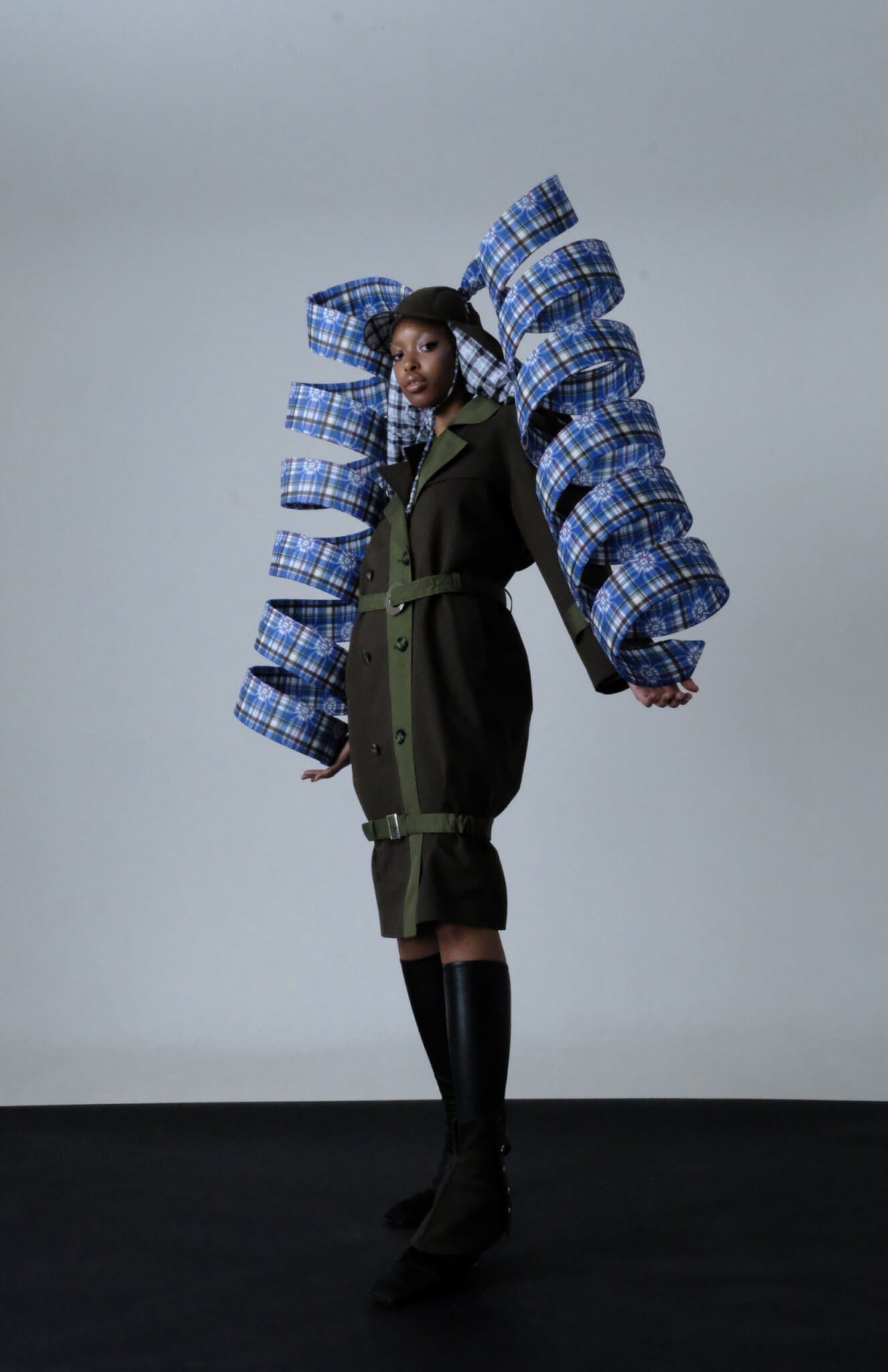 In the past year, the internet has become a refuge for millions. But it’s business as usual for 24 year old Hongjin Wu, whose early life in China was defined by the online. ‘I was considered a problem child in primary school,’ the Womenswear graduate tells me. ‘I was put into ‘re-education’ and shut away at home.’ There, he found solace in the digital world; connecting with other children in similar circumstances, a surrogate family whose influence shaped him into the designer he is today.

Wu clearly owes this gang of cyber-friends a great deal, and it is only fitting that his graduate collection is an ode to their attachment. Each look sews one of their avatars into a physical being, and all is exquisitely tailored; from the clashing check-and-tartan antennae of a padded bondage dress to his parka-liner miniskirts, cut just above the knee. ‘This a celebration of my digital people, but I’m also poking fun at online life. Take this look…’ he gestures to an anime body pillow, given the Wu tartan treatment. ‘It’s hilarious!’ Both personal and wearable, Wu has made the cold light of the internet something to be cherished.