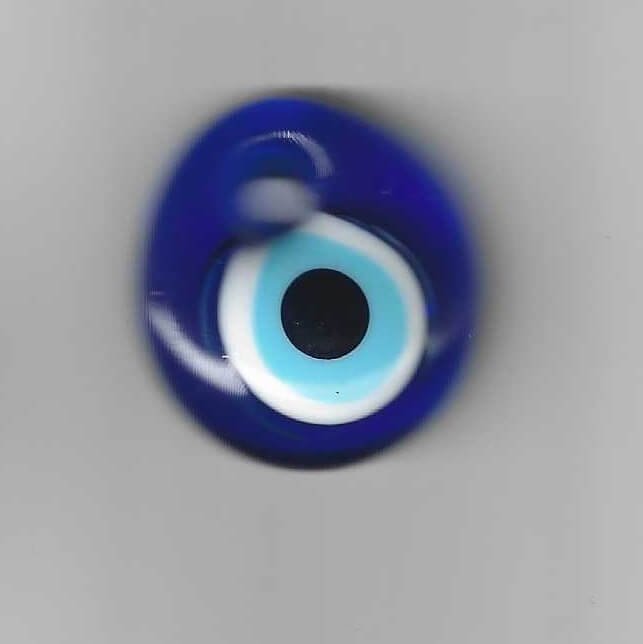 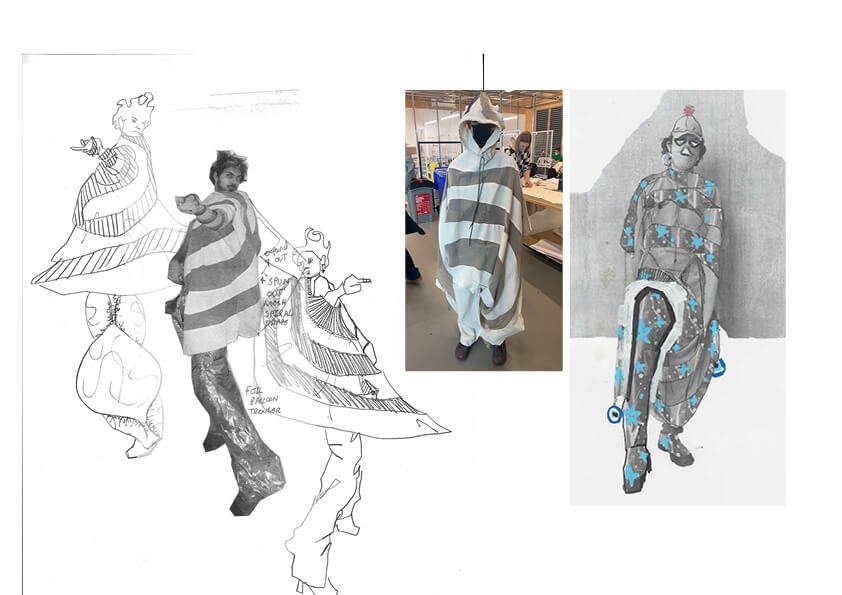 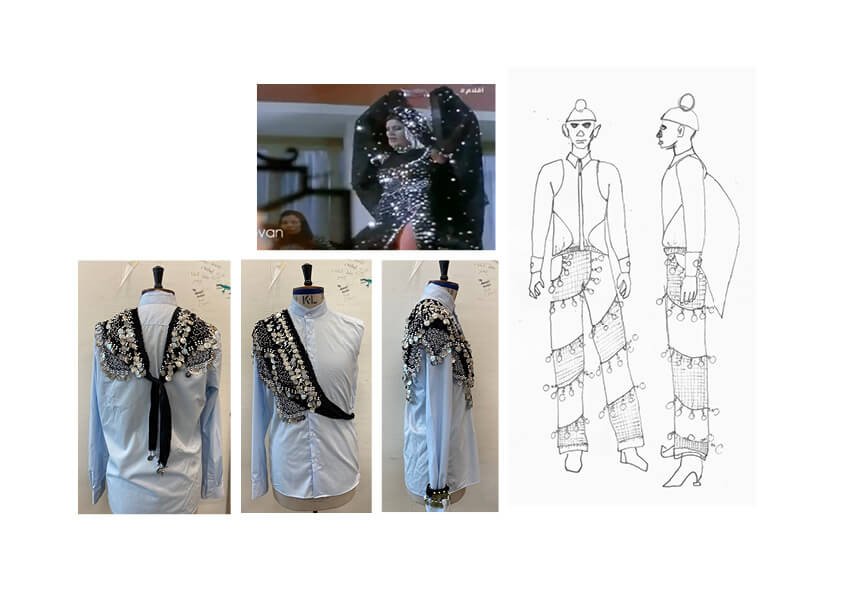 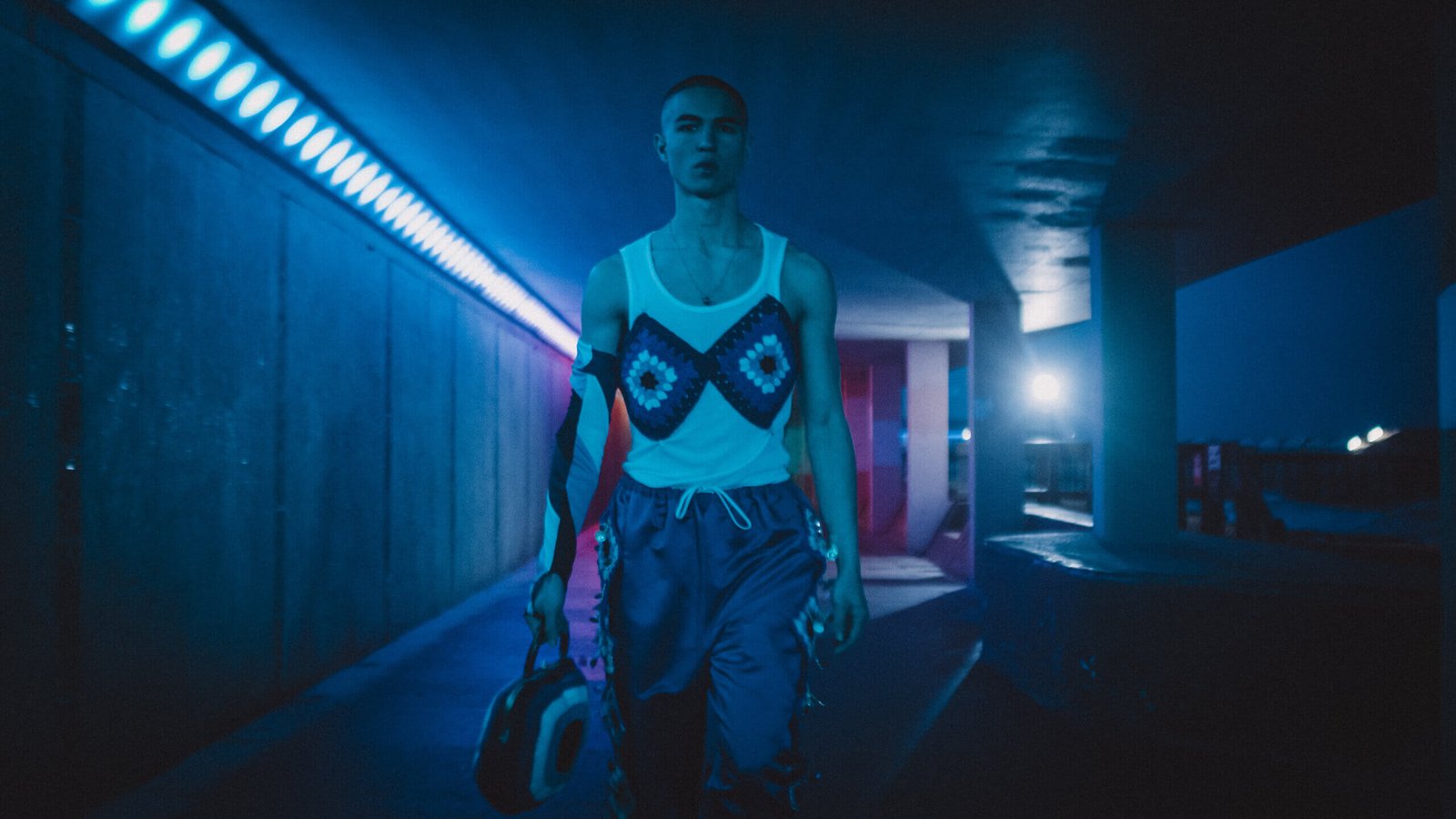 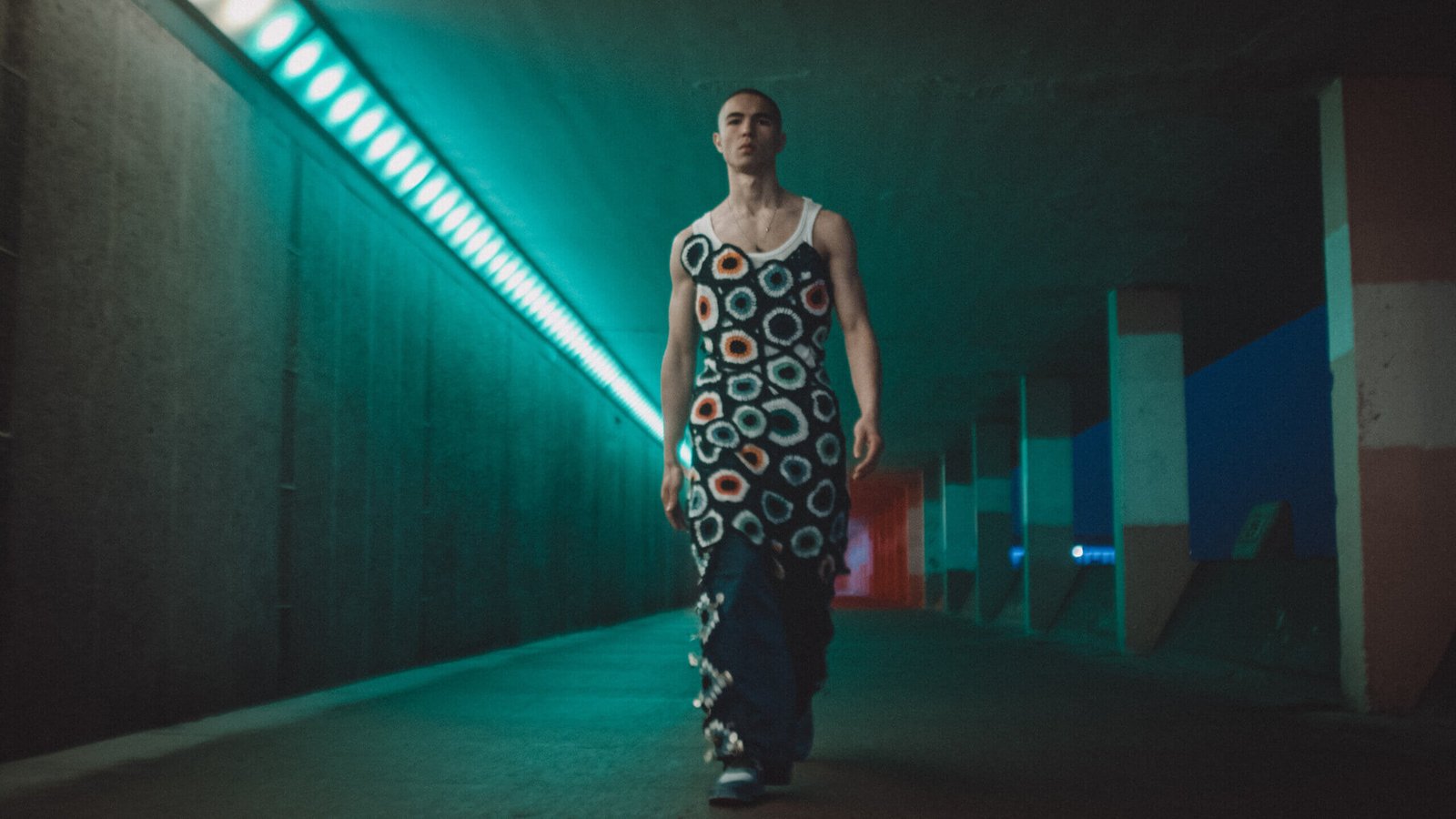 ‘It was very private, it felt more personal than ever,’ explains Jad Jreissati on his final collection. Forced to swap the studio for a bedroom during his last year at Central Saint Martins, suddenly the Menswear student was fitting clothes to himself and not models, and turning to family photos on his wall for inspiration. The result was clothing infused by the dialogue between his own Lebanese heritage and the life of Anita Mahfood, a dancer and fellow descendant of Lebanese immigrants.

Anita, who became a pop culture icon and started the tradition of the dancehall queen, was the figure through which the designer explored his past. He explains that the collection is ‘the dancehall, it’s images of my own family, and it’s the tenacity of the Lebanese immigrant,’ and he was guided by a central mantra: ‘I am because I was and I will be.’ Jad weaves his heritage into the fabric with one silhouette covered in the bead of the belly-dancer and another decorated with variations of the evil eye – the latter knit in collaboration with his mother. As he smiles, showing pictures of his family and gushing about Anita’s talent, his clothes perfectly embody that mixture of past and present.