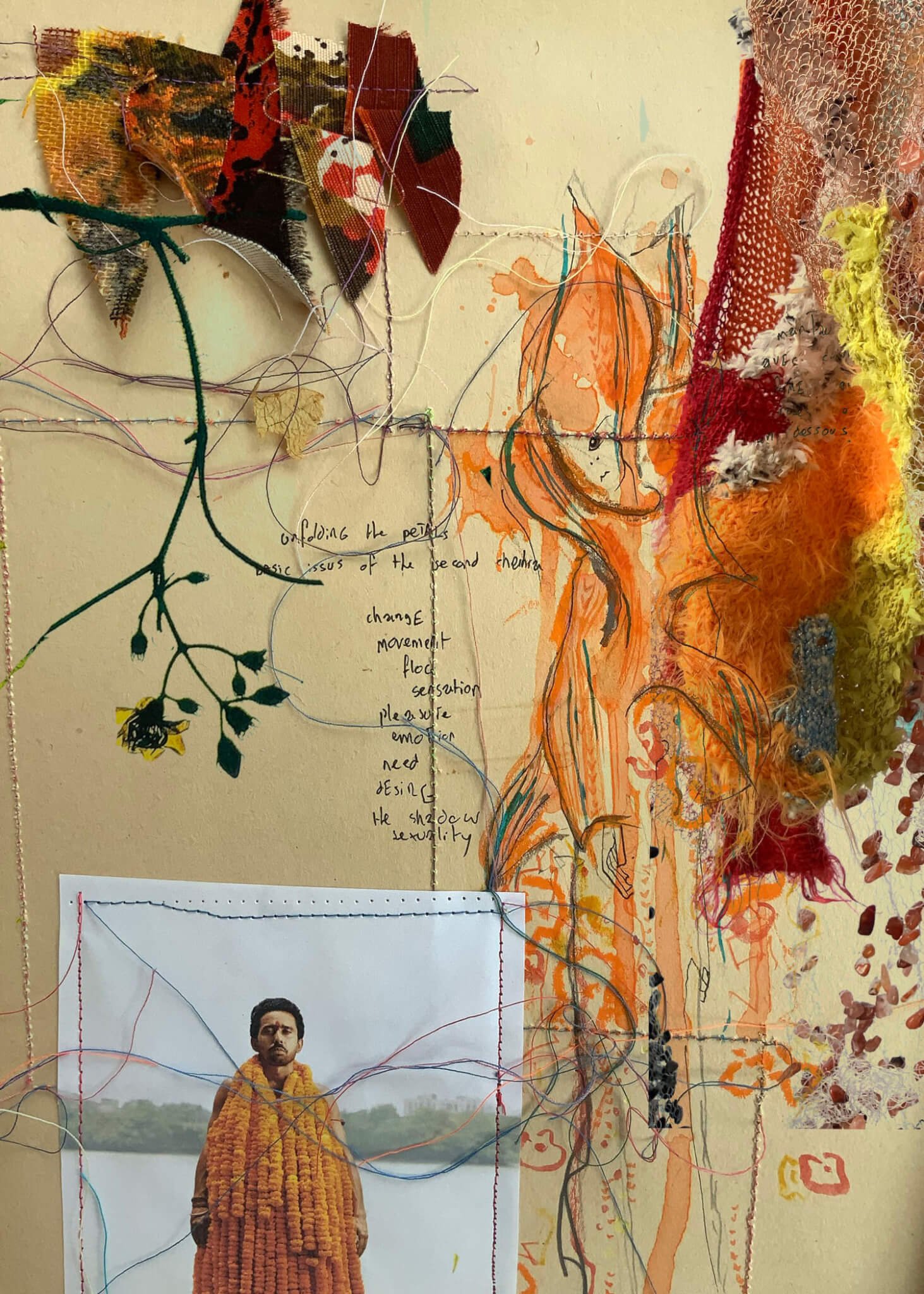 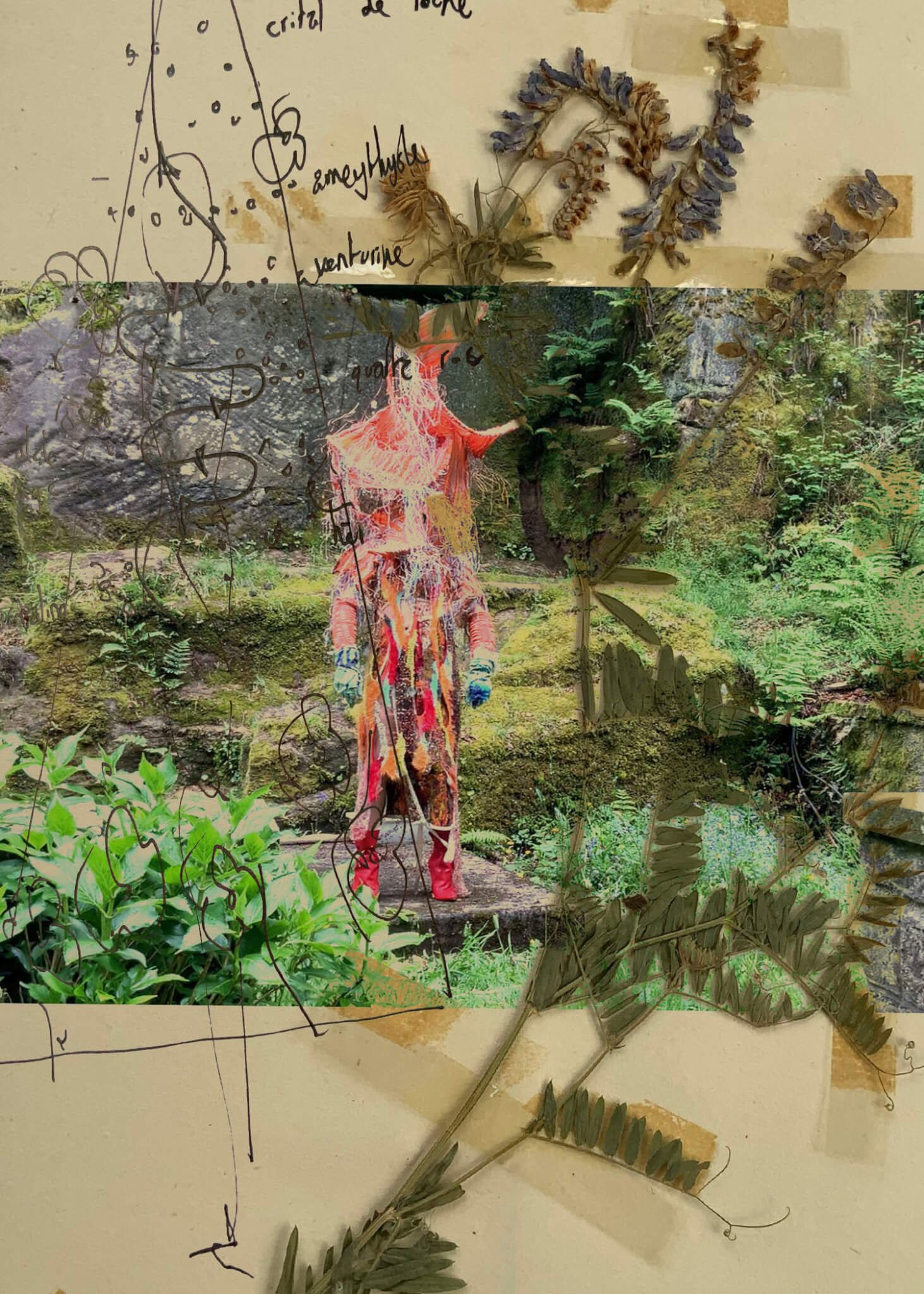 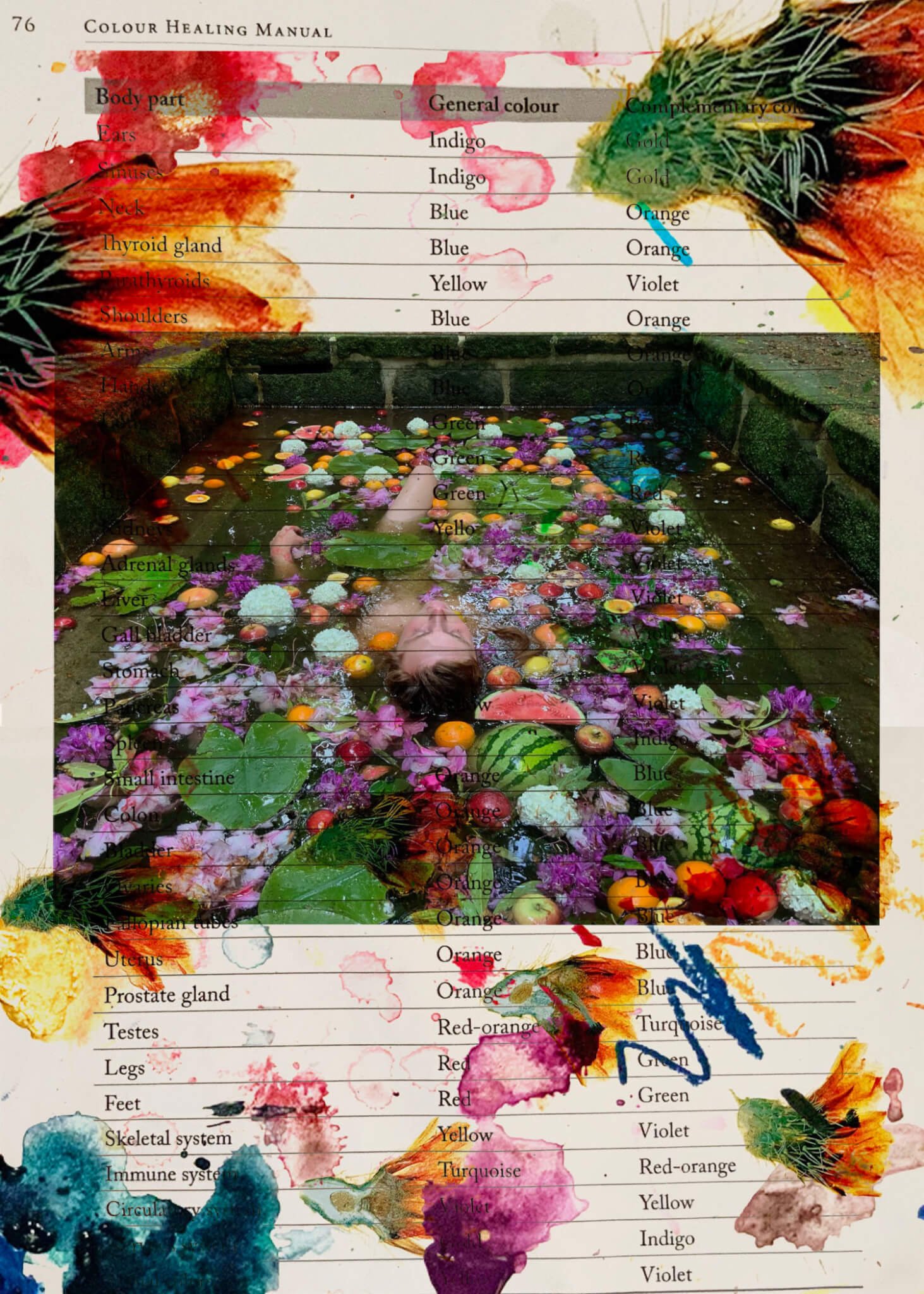 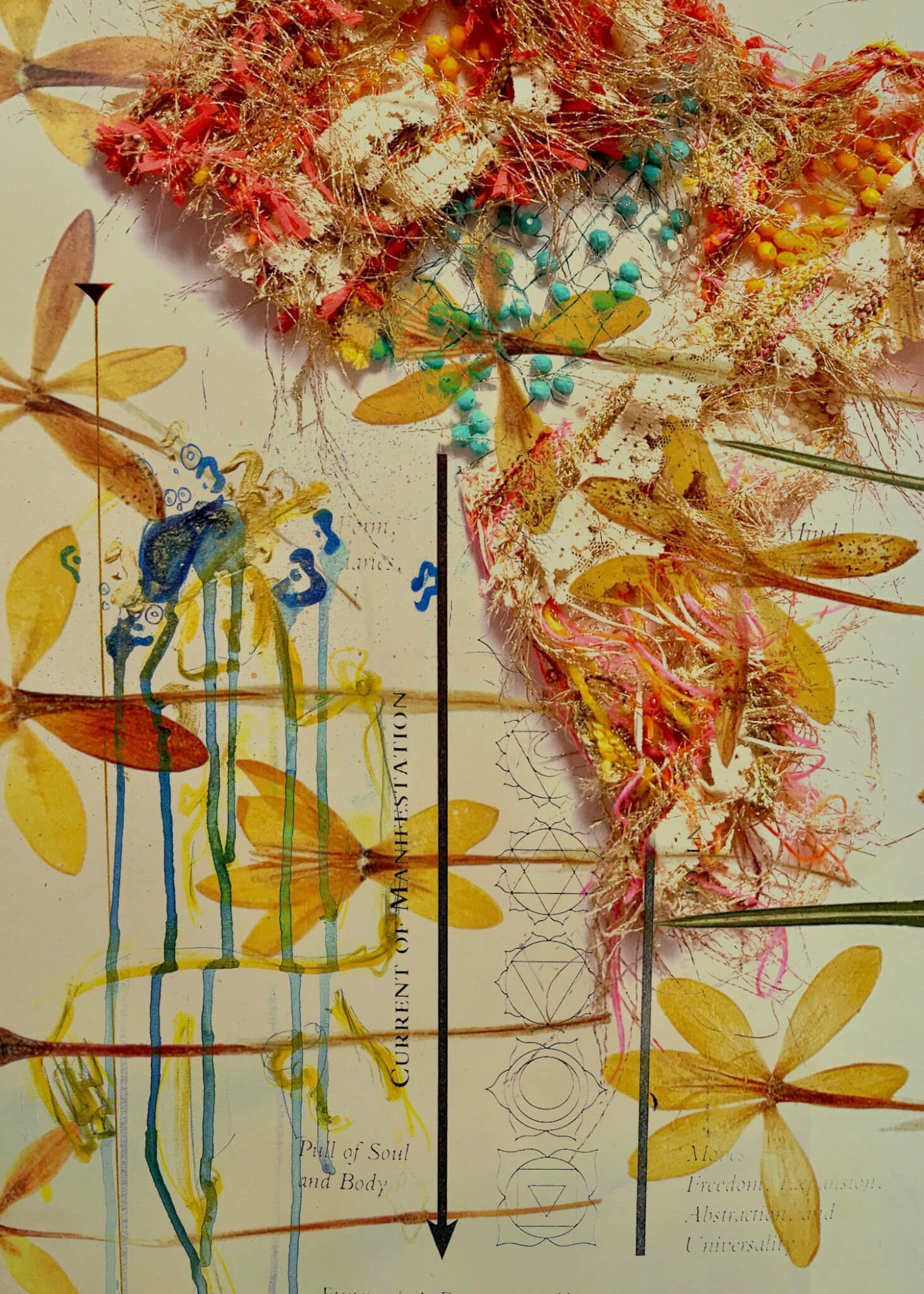 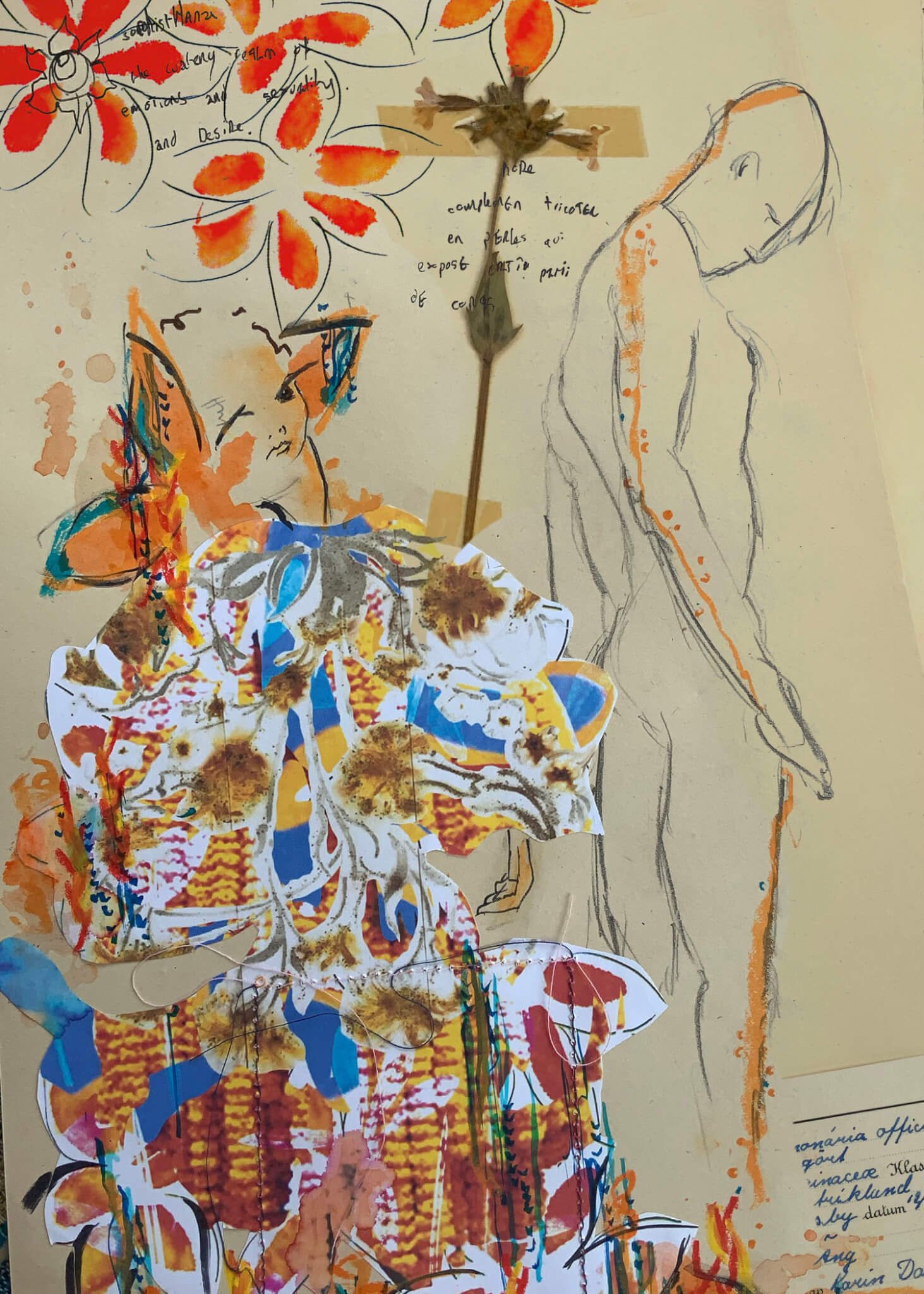 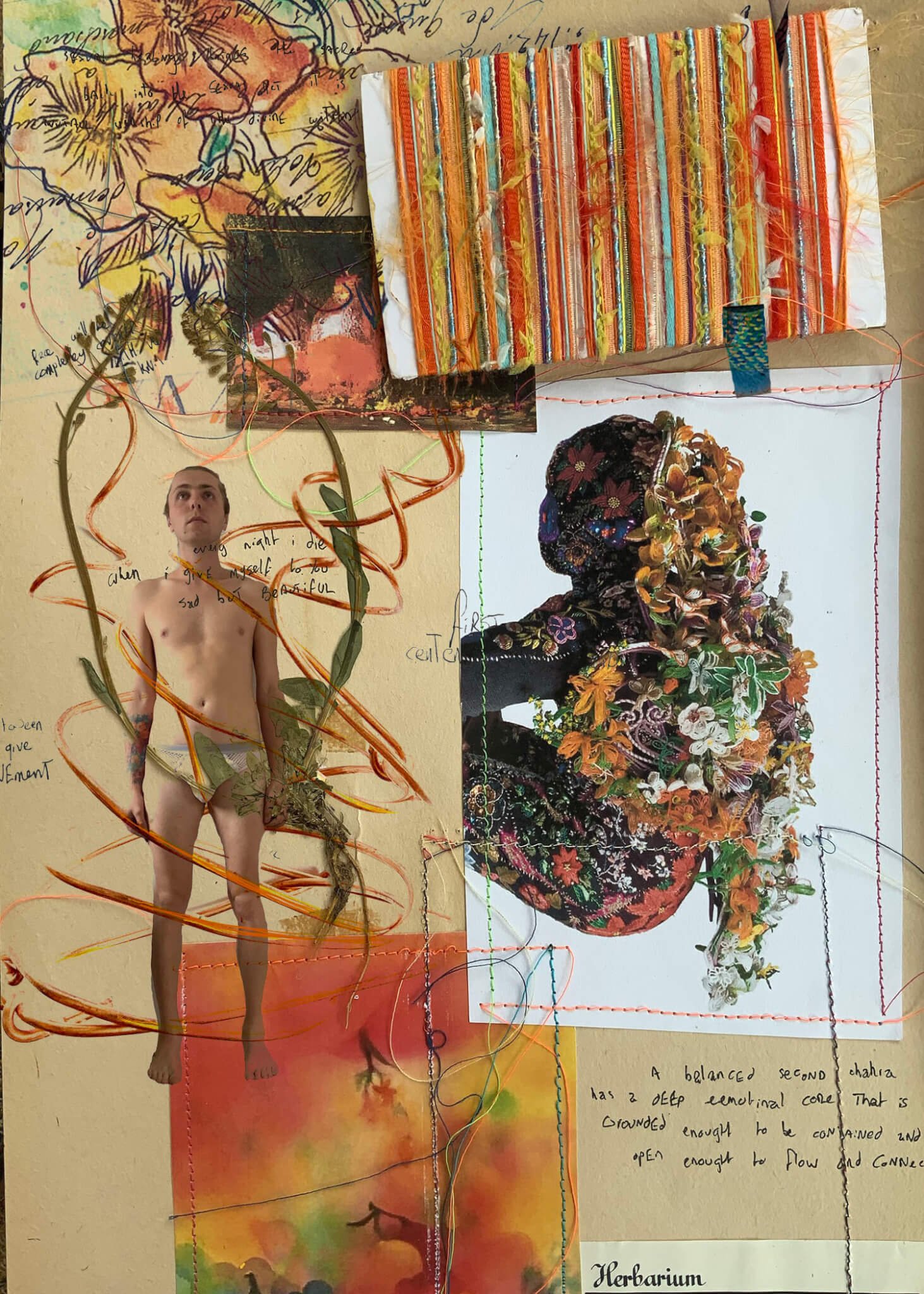 25 year old Jamie Howes’ graduate collection is a conceptual take on the spiritual expedition to enlightenment. The English designer was inspired by the time he spent at the Château du Launay, an holistic well-being and detox haven located in France. It was there that he received his first sewing machine and began his process of self-examination.

Now, 10 years later, the Central Saint Martins knitwear student has returned to the same château to make his a graduate collection following his placement year at Malhia Kent. It’s a semi-autobiographical collection informed by the restoration power of the seven chakras. Howes explains, ‘each look is an expression of the divine,’ designed to ‘visualise the vast and abstract form’ of their designated chakra. Using repurposed copper from his brother’s construction sites, Howes knits the chakras corresponding crystal into the face of the garment – imparting the energy of the stone onto the wearer. The wearable art is decorated with intricate knits, resin-covered flowers and dynamic protruding structures. Howes approaches his graduate collection with the romantic and befittingly spiritual conviction that clothing is not simply something to be worn but rather symbolic of ‘our many identities that are part of a larger wholeness – that can be put on and taken off.’