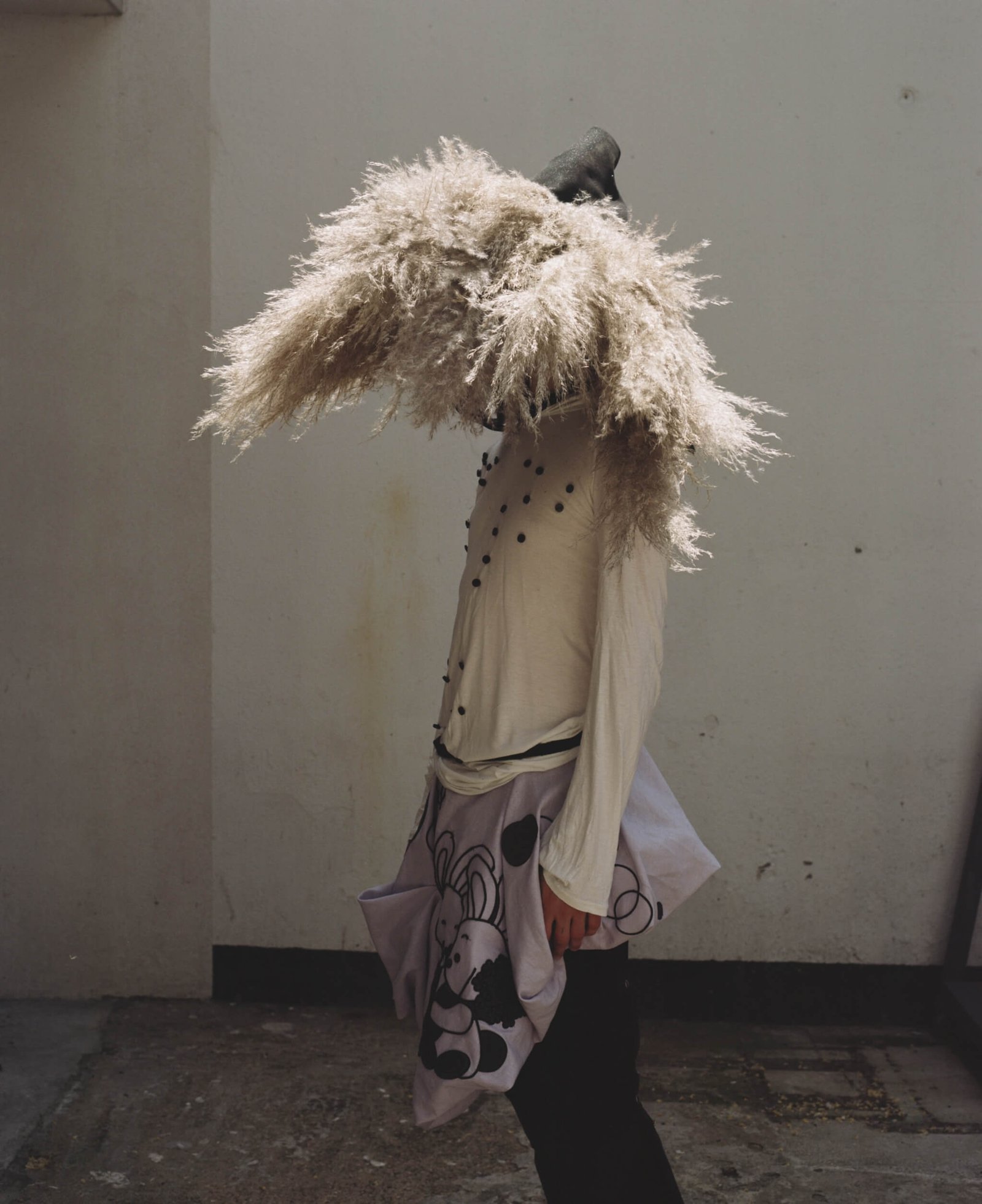 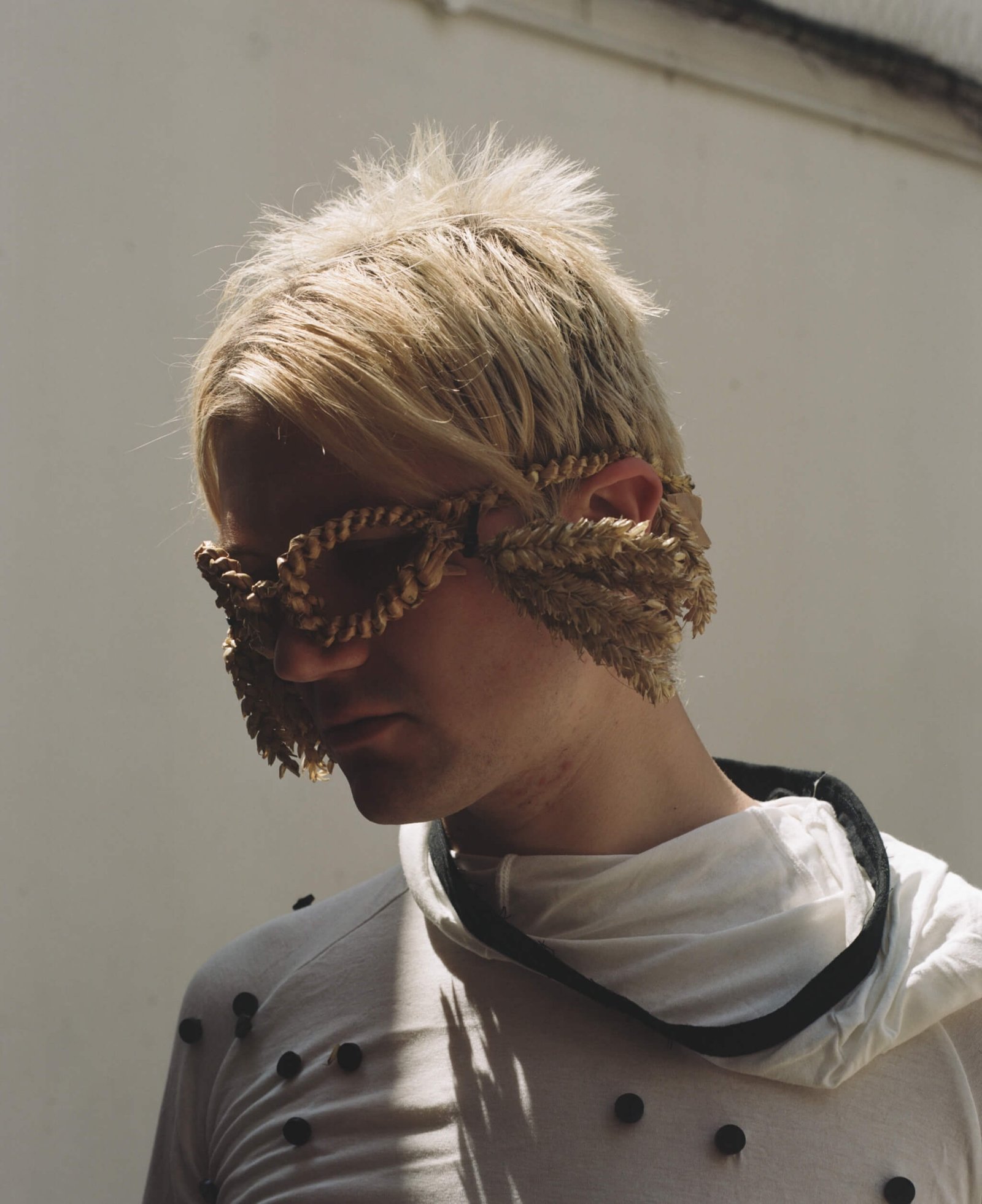 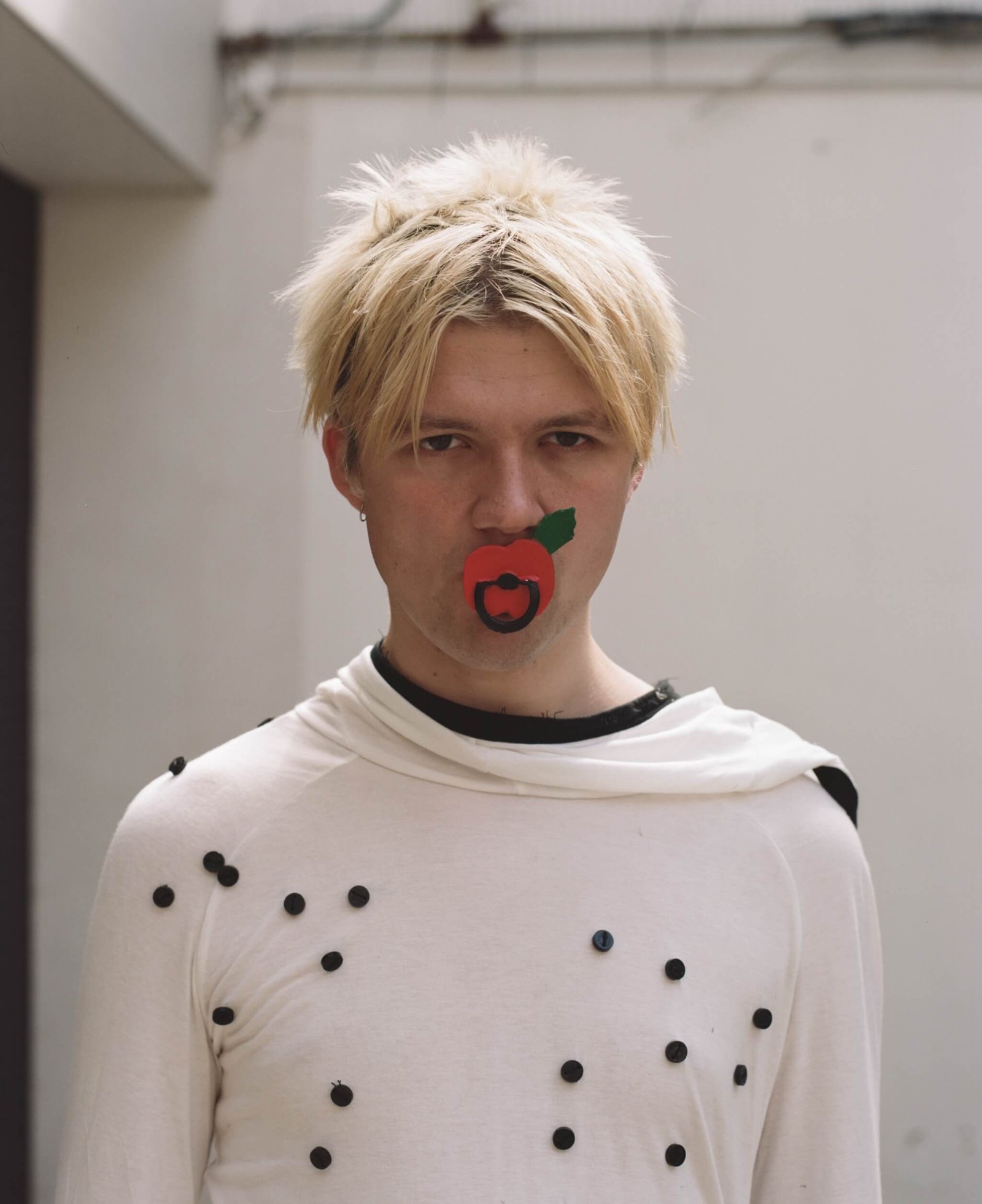 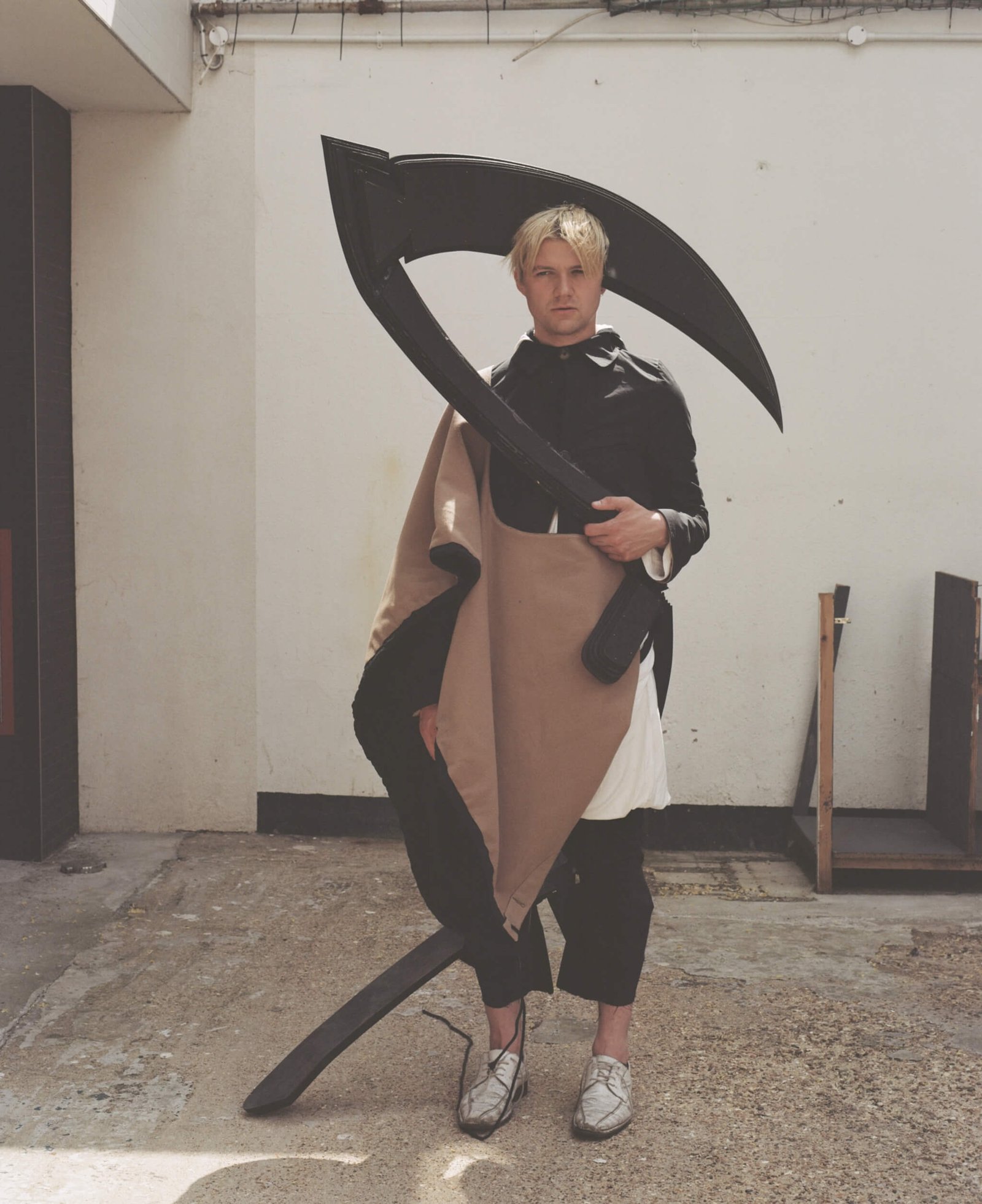 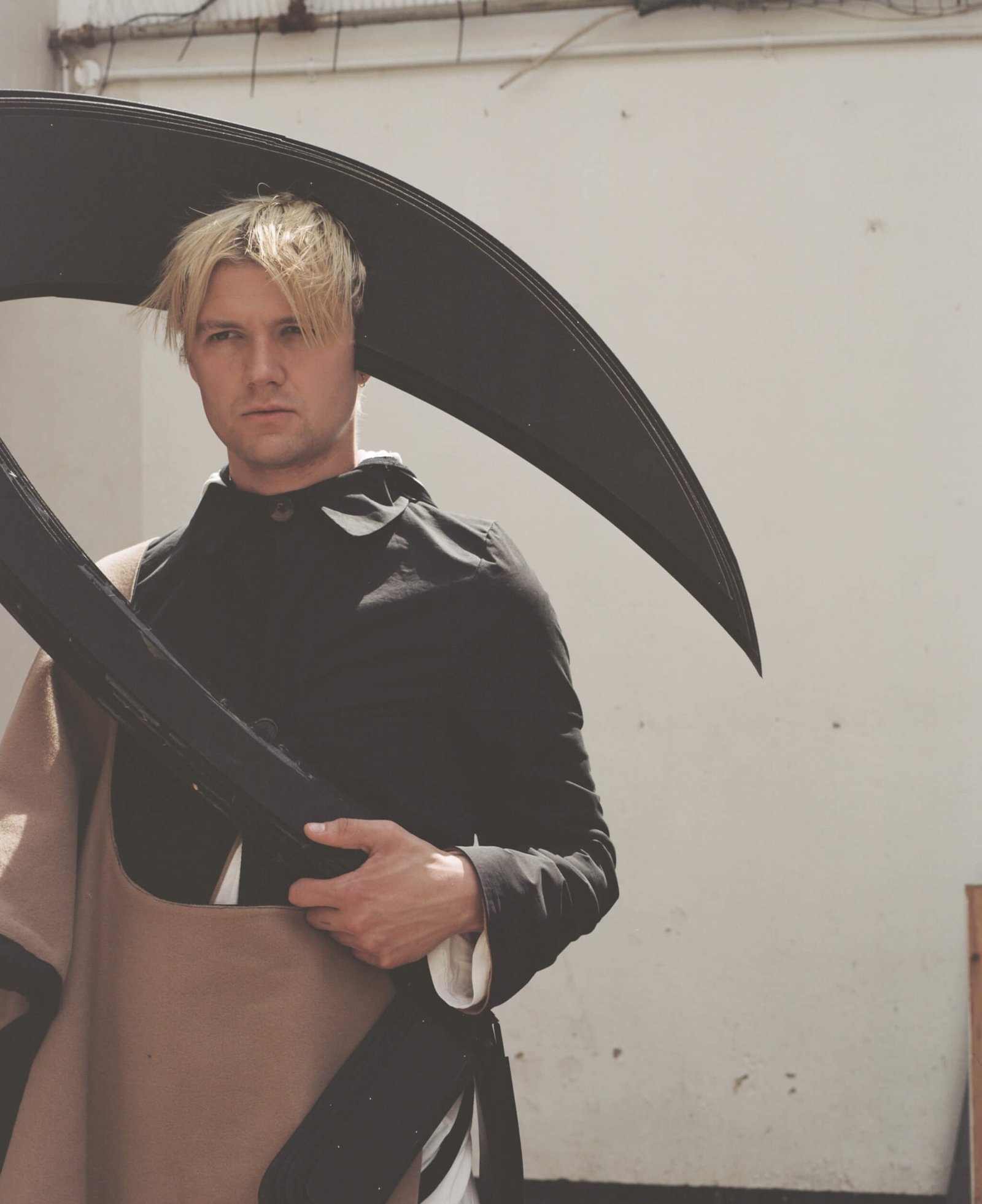 BA Menswear graduate and 2021 Swarovski scholar, Scott Thomas, introduces a final collection centred on nostalgia. Drawing together varying influences from his personal childhood, national history and Newcastle to create his garments. From baby-print embroidered skirts and pampas grass brimmed headwear, to a large grim reaper-like scythe and a red, poppy-reminiscent laser-cut décortiqué. It’s a collection originally provoked by his return to Newcastle last year as the pandemic dawned, enabling his research into its rich agricultural and Ironware-based history as its starting point. This soon expanded into looking at traditional British Craft and its techniques, later leading him into work with the Endangered Crafts Fund, which promises to support and develop any aspiring interest within the critically endangered industry.

Sustainability is another important element of his design too, sitting at the heart of his work, as his graduate collection is created solely out of second-hand, unused or offcut fabrics. With all natural materials sourced from New Covent Garden flower market. During his placement year, Scott interned with Nazir Mazhar, where he produced costumes for Ballet Lorent’s Lost Happy Endings performance, and later Bless in Paris. Through his time at both he was lured out of the confines of menswear and tempted into a world of furniture, headpieces, eyewear, footwear and more. It’s an influence prevalent in his work, as the various objects and accessories crafted in his collection don’t just accompany each look but build it.