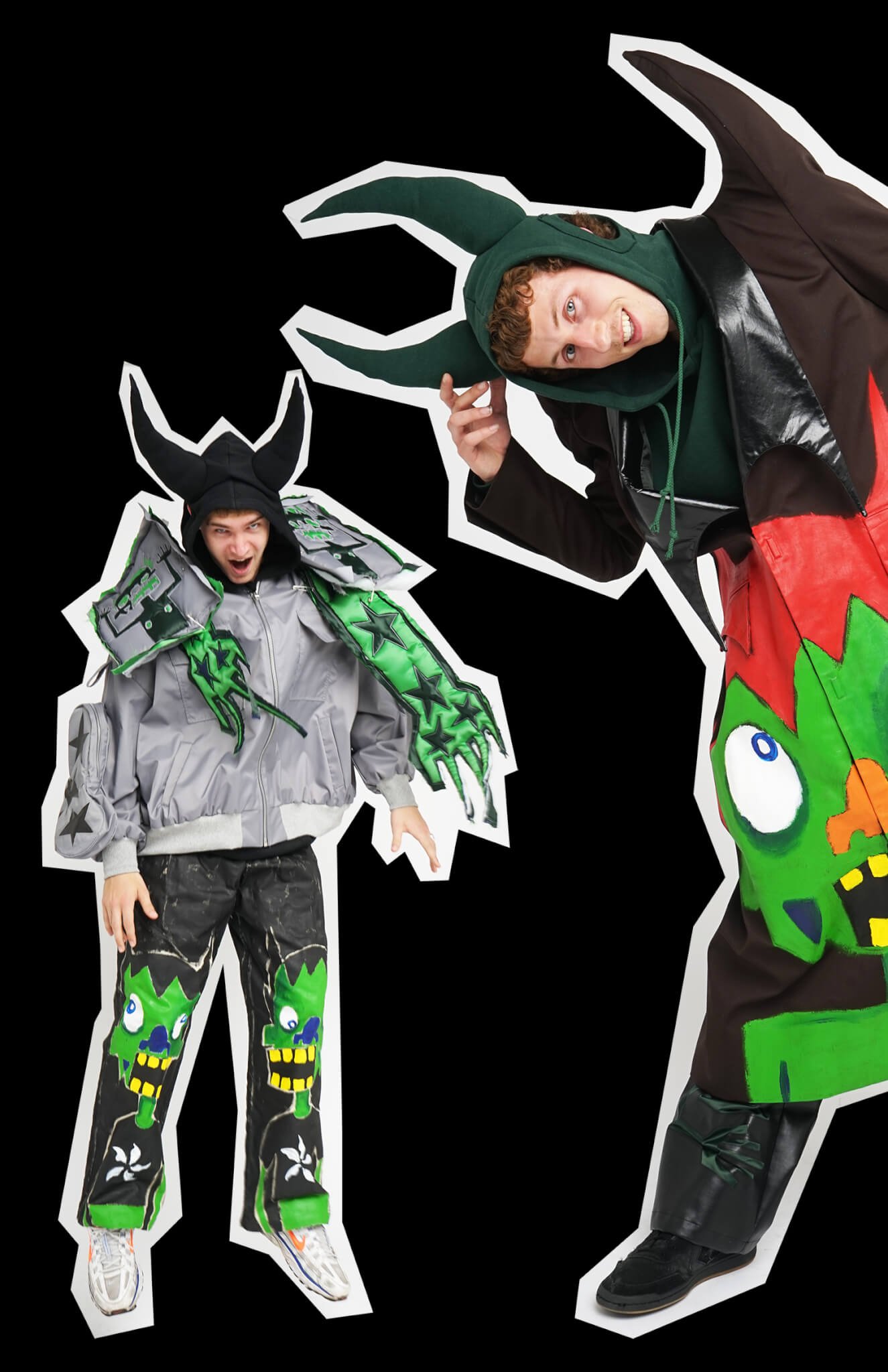 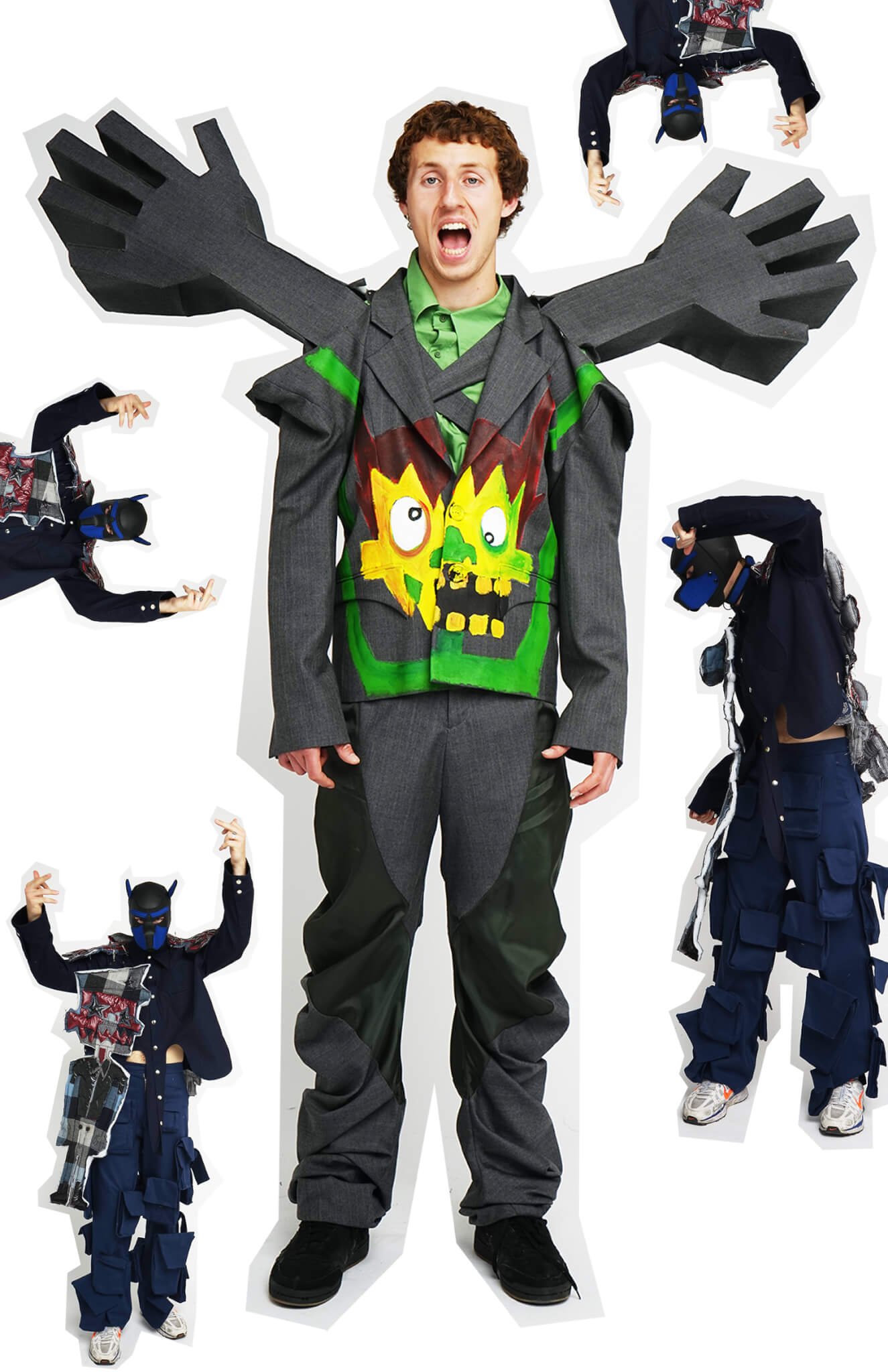 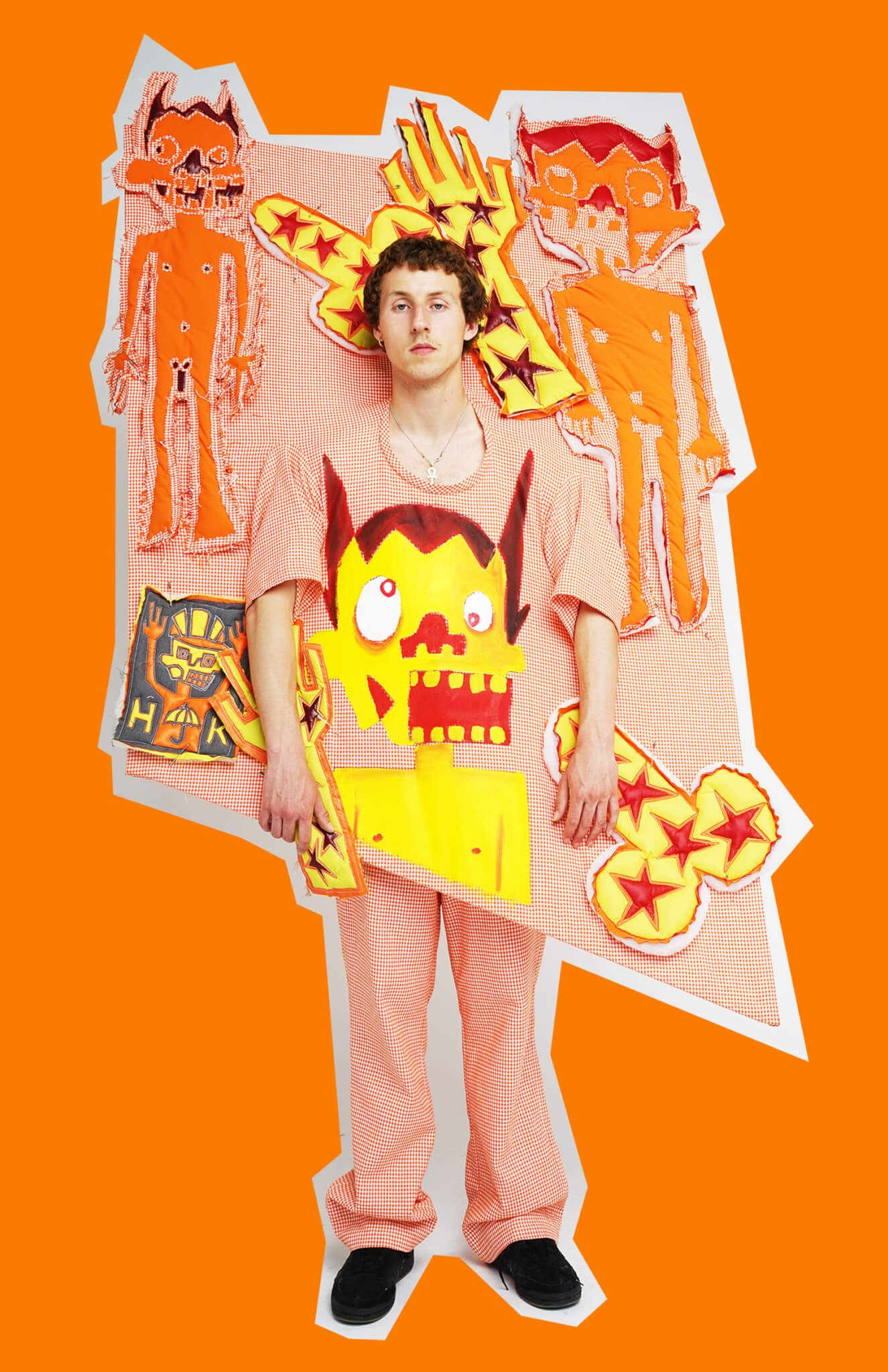 StevieBoy is starting a riot. ‘I was born in 1993 and Hong Kong was returned to China in 1997,’ he says. ‘Ever since that moment, I have seen my homeland become more and more oppressed… watching everything on TV just makes me angrier and angrier.’ Angry he may be, but his sense of humour remains as sharp as ever. Months ago, he created the cartoon character StevieBoy: An illustrated extension of his own being, rendered in his paintings as a mascot for his rage. ‘I am StevieBoy and StevieBoy is me… he’s become the embodiment of the protests in my mind.’

Each garment in My Voice, My Home, My Penis is a caricature, a uniform of protest sucked into StevieBoy’s twisted world and spat back out once more. Wide-cut suits are corrupted by plush, neon-green StevieBoys, while a section of Hong Kong’s ‘Lennon Wall’ is distilled to wearability. Boldly, Stevie takes aim at his country’s police last of all: their traditional navy uniforms besmirched by phallic epaulets and ‘suggestive’ tailoring. Hung’s righteous fury is only exceeded by his talent; anti-tyranny has never looked so good.