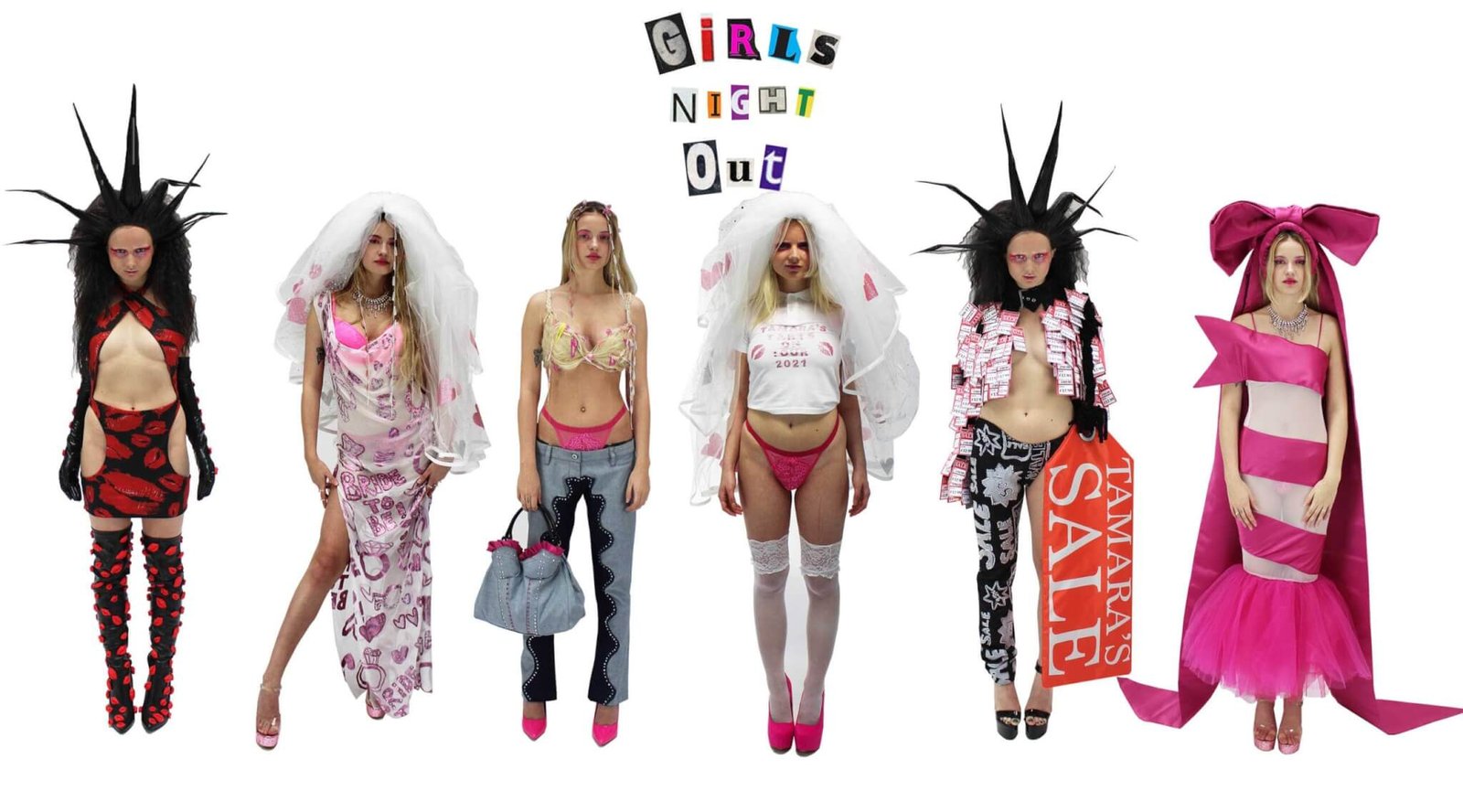 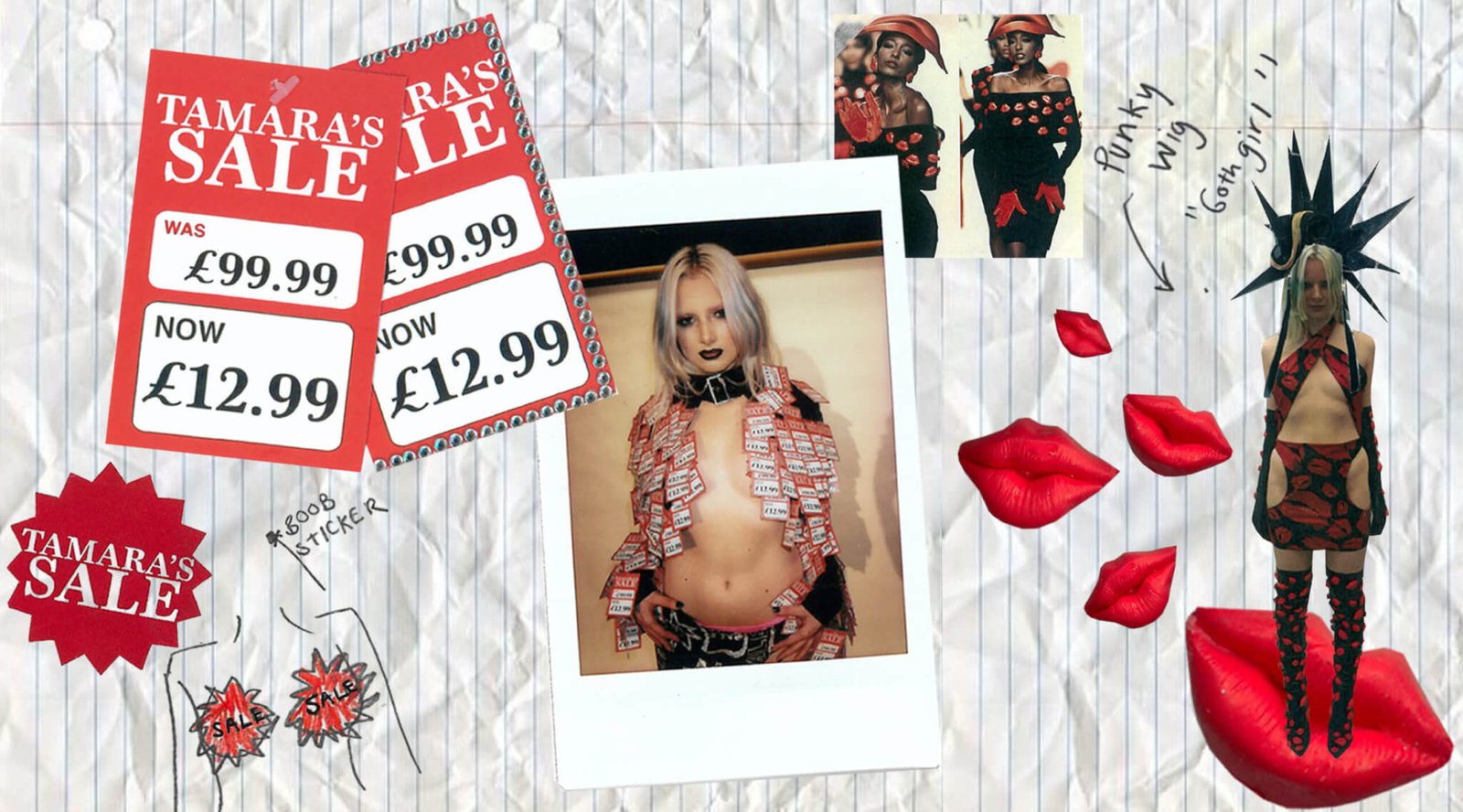 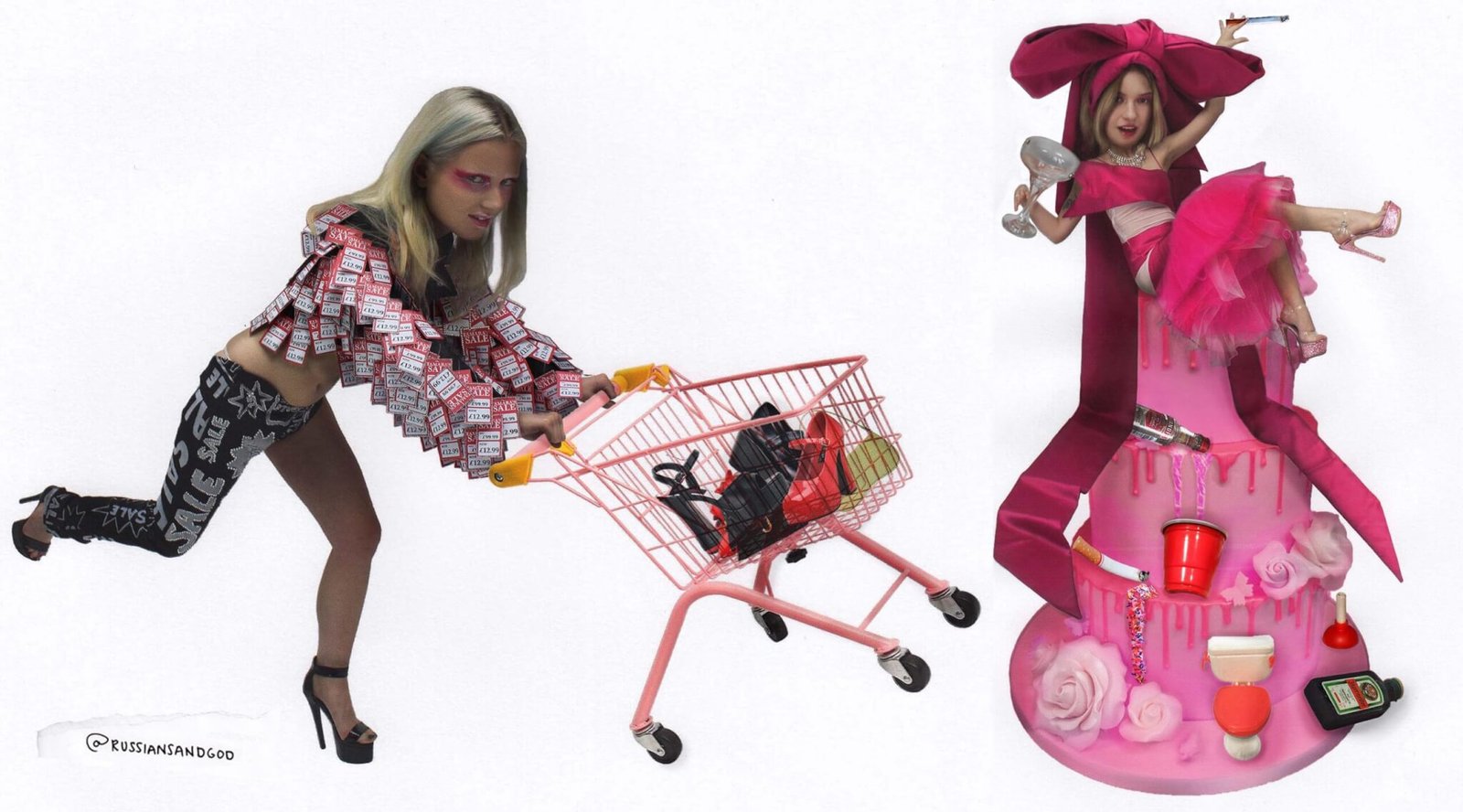 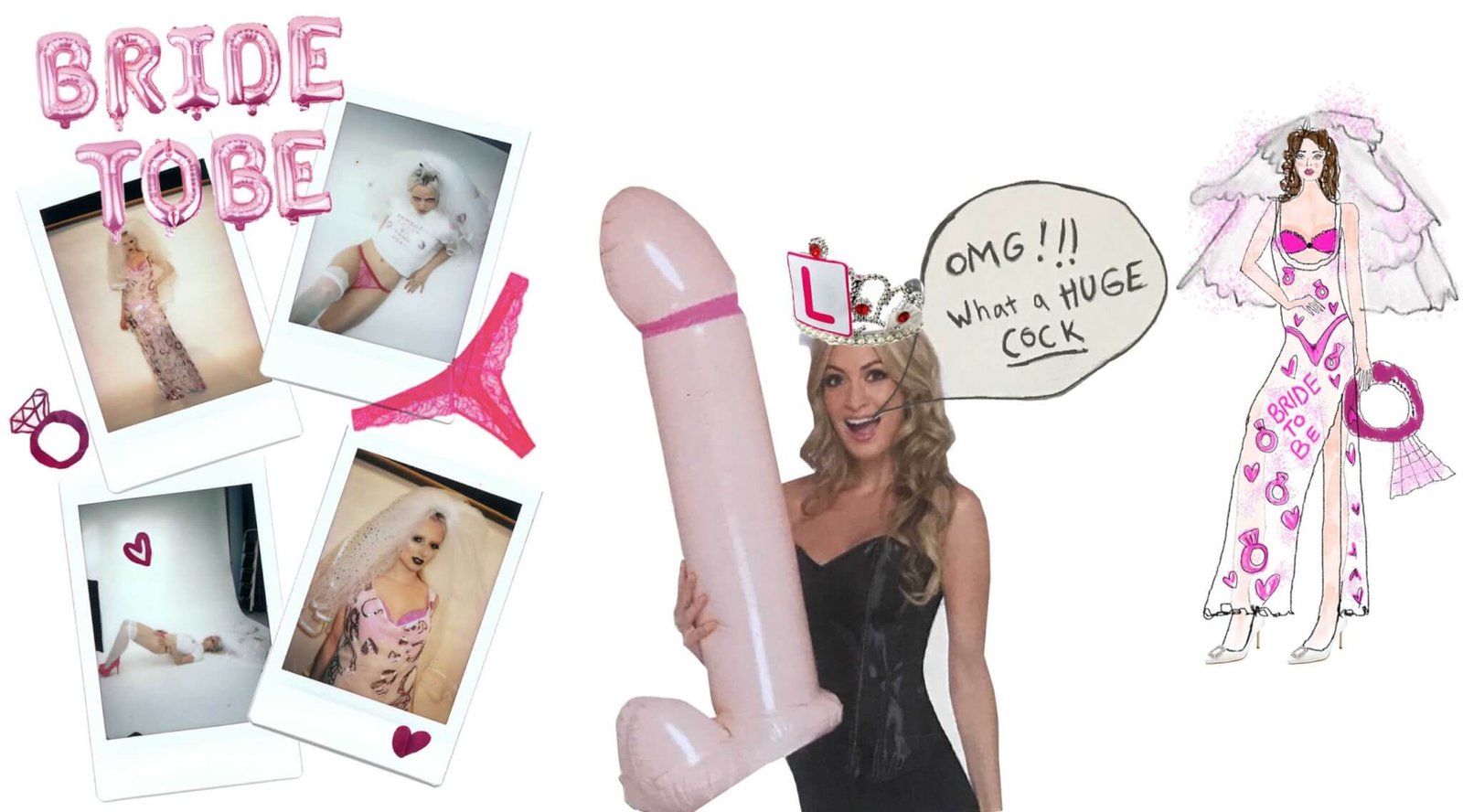 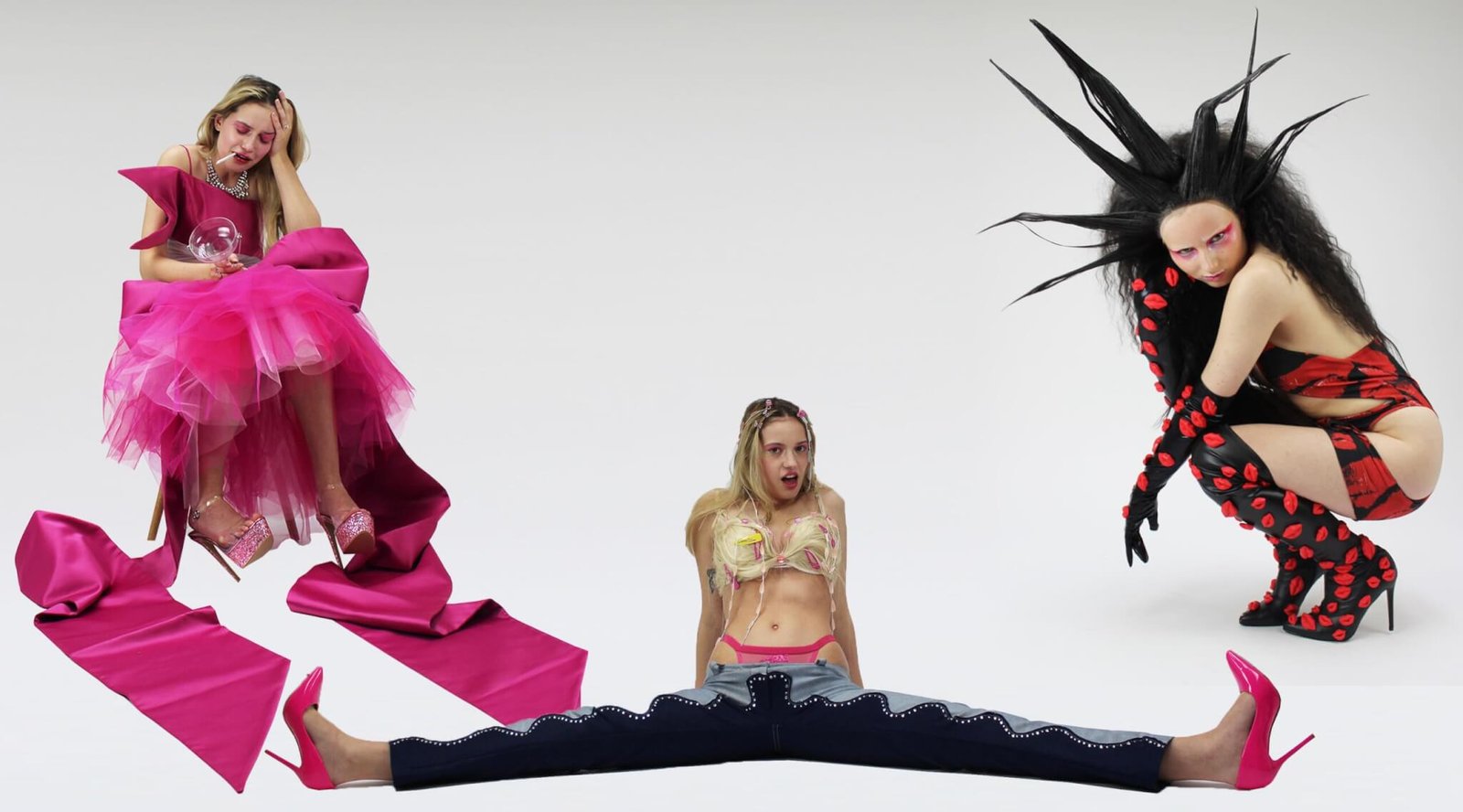 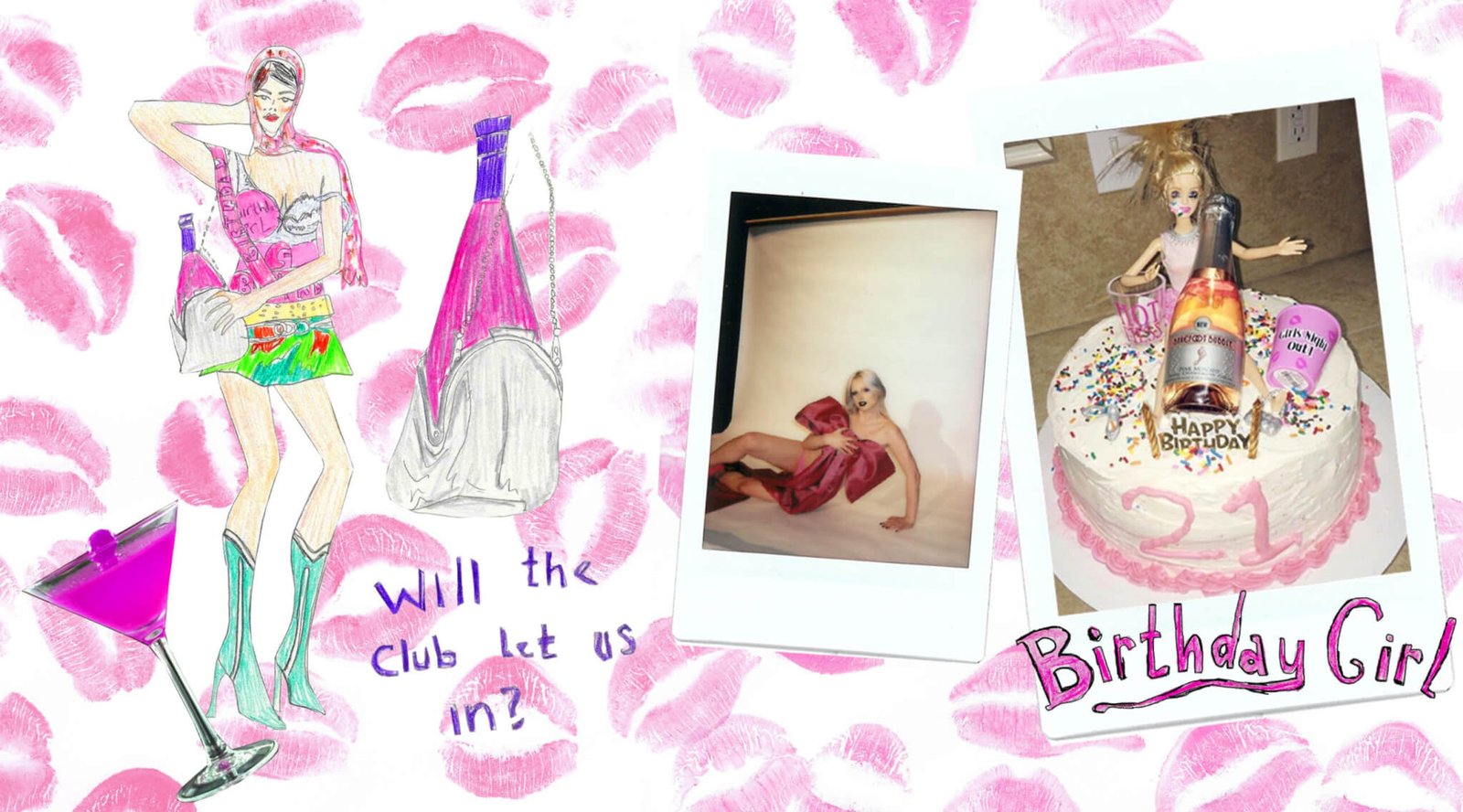 Tamara Djandash remembers the viral Twitter photo that launched her collection well: ‘She’s got McDonald’s bags for shoes, she’s holding her heels in her hands. They’re all dolled up and it's obviously like 3:00am – it was just like trash. But everything is perfect.’ For her irreverent final collection, the Central Saint Martins Fashion Print designer is capturing those chaotic, hedonistic girls’ nights out in every seam.

Djandash grew up in Walthamstow, London and ‘always admired that effort in the fake hair, the fake nails,’ of the Essex girls she grew up around. Djandash collaborated with the wig maker @styledbyvodka to create fantastic spiked ’dos, which give an edge to pretty pinks and kiss strewn jeans. Behind the bows and rhinestones is a real appreciation of the effort these girls put into their looks: Djandash is giving them the respect they are due by paying homage to an effervescent aesthetic while elevating it with couture level precision. It’s ‘sexy with a high fashion process,’ she says – and with the end of COVID in sight, Djandash will soon have girls and guys lining up to get in on that feeling of joy her collection exudes.