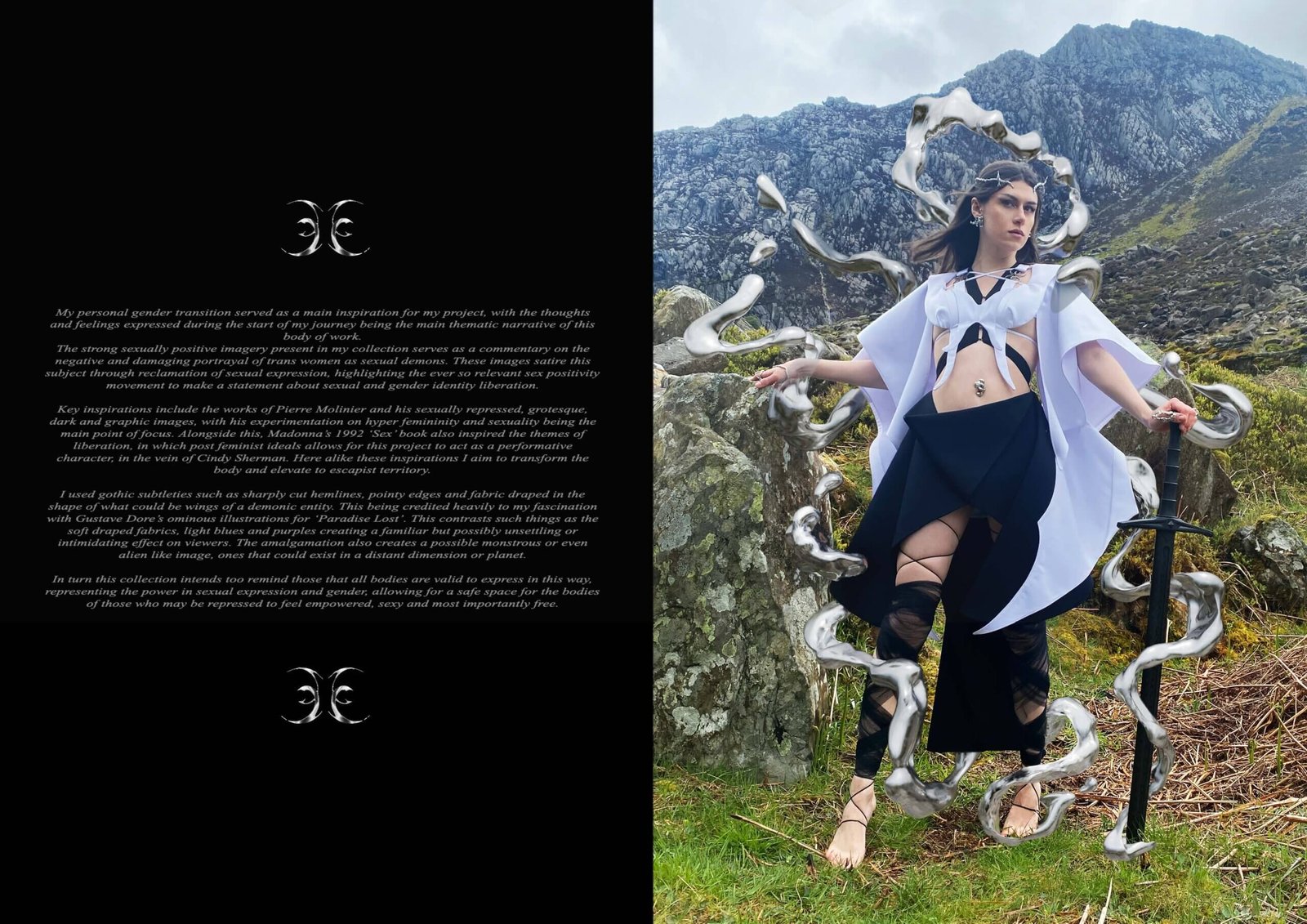 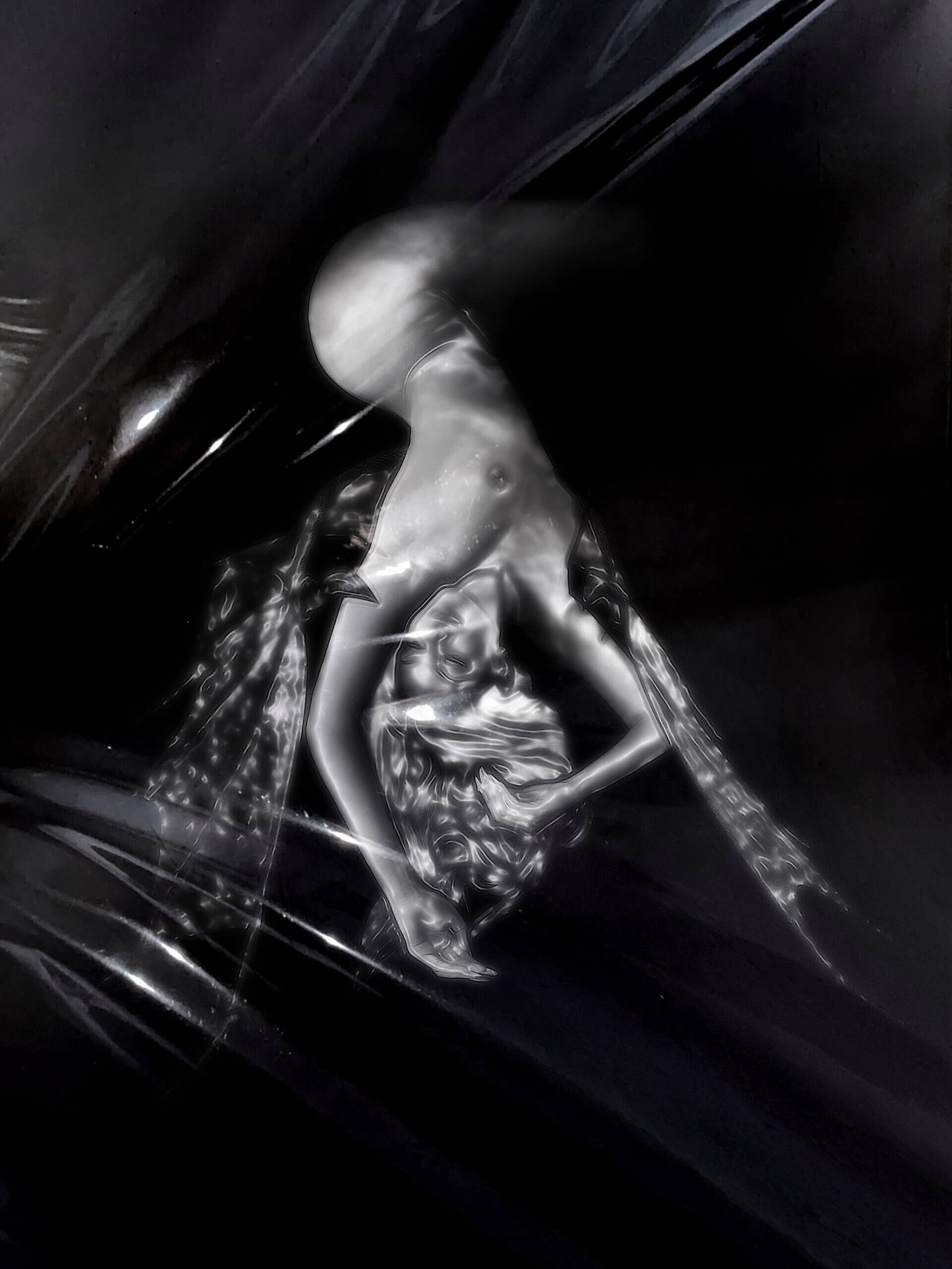 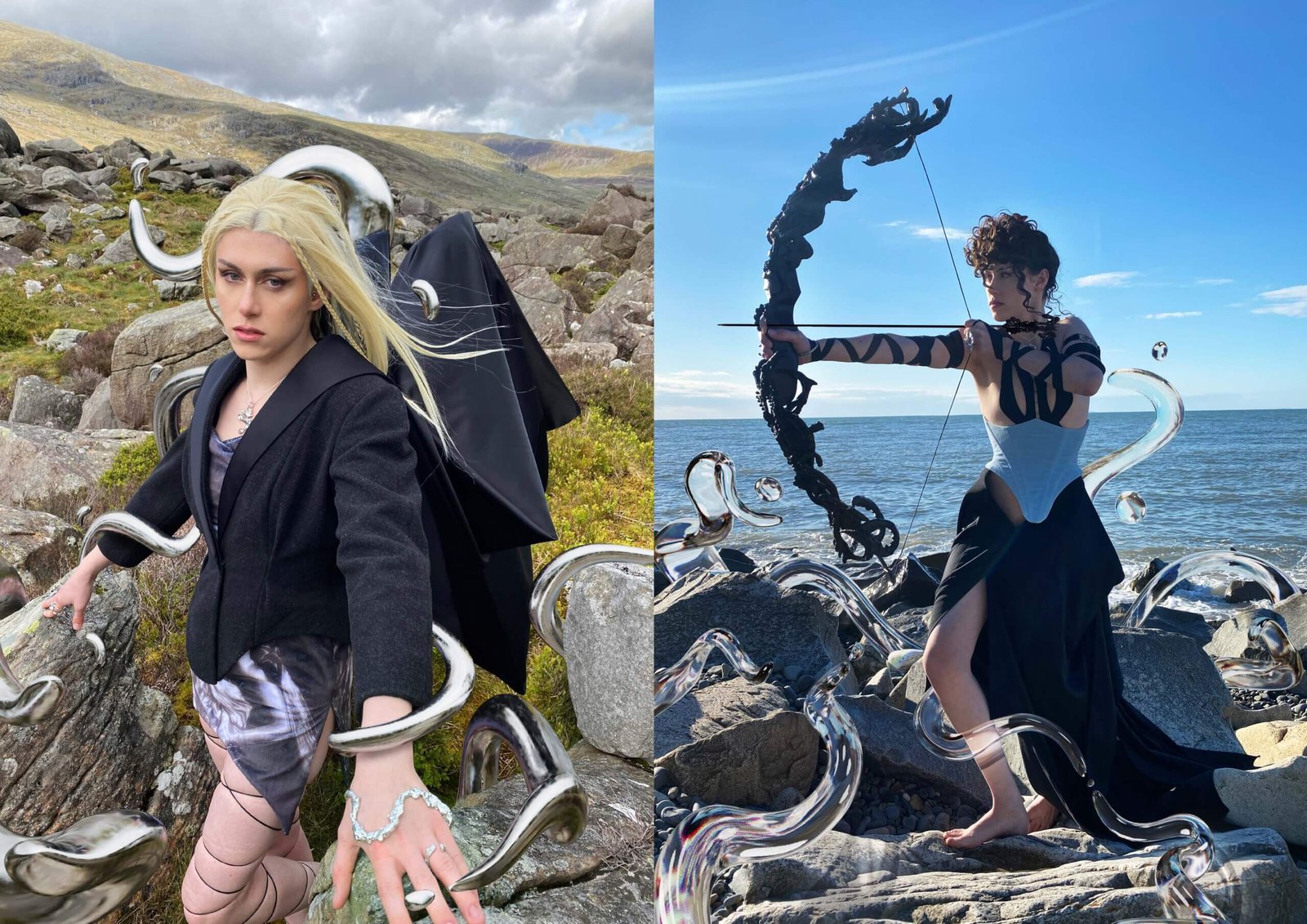 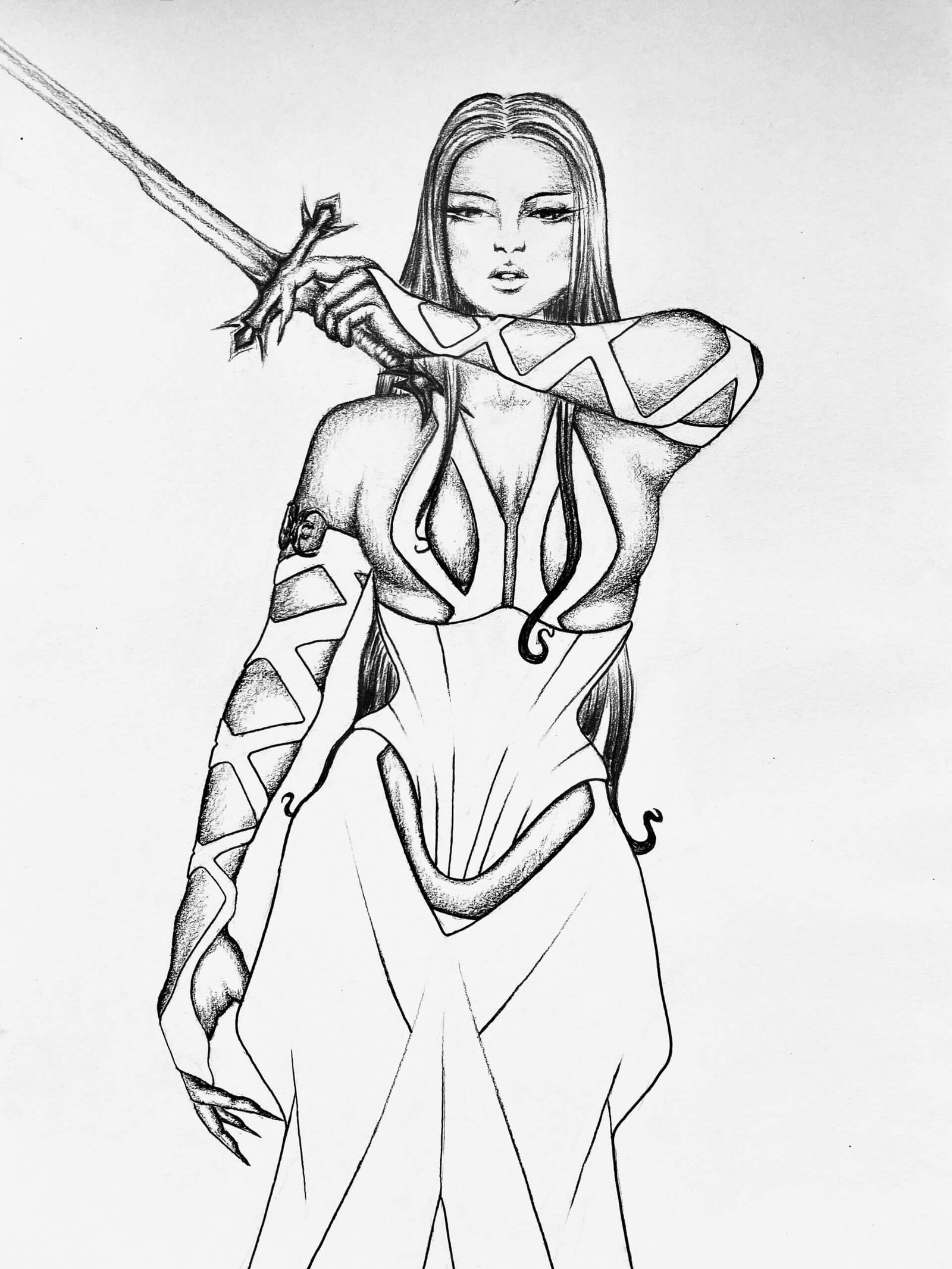 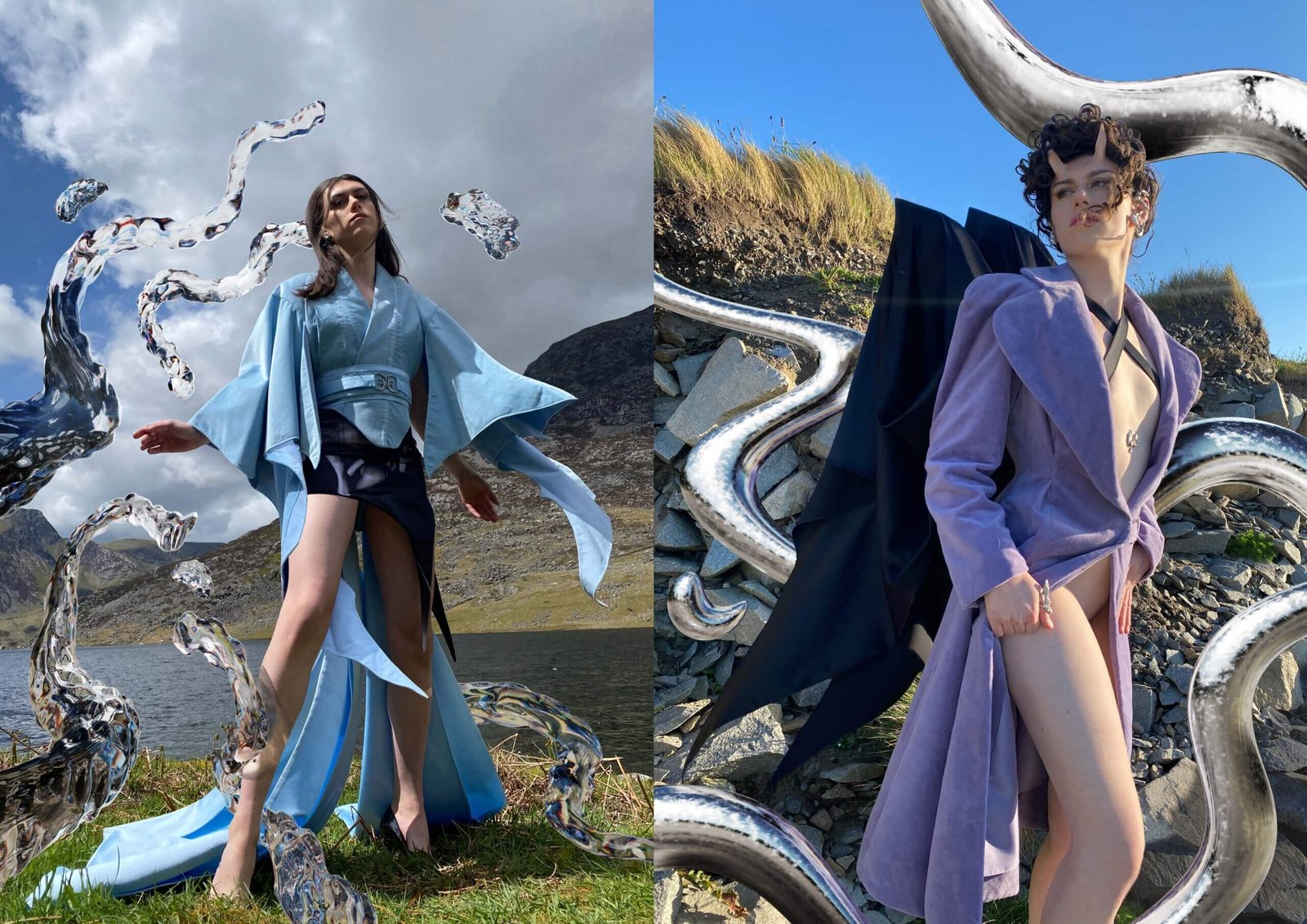 ‘Sexually positive and demonic imagery’ form the foundations of Xyla Suzuki’s work, whose references span from Morticia Addams to Madonna and anime, paying tribute to her half-Japanese ethnicity. The 22 year old BA Womenswear designer’s unapologetically opulent and vampy garments are a tribute to both conversations about femininity and female sexuality, whilst also documenting her own transition. Her collection is ‘a commentary on negative stereotypes around the sexuality of women and transgender women,’ she says. ‘Like being seen as objects, sexually promiscuous; being portrayed as succubus, as demons.’

Suzuki has loved fashion from a young age, and attended a specialist arts college in her home town near Birmingham from the age of thirteen. After coming to Central Saint Martins, she did a placement with Victoria Beckham, which she says was an unlikely match, but ‘made sense; I also like to think of myself as my own muse.’ The internship provided her with the technical skills which underly her practise: from 80s silhouetted jackets sprouting draped wings to reconstructed kimonos, complete with thong peeping from the waistline.

After graduating, Suzuki hopes to hone her vision even further at another fashion house, before possibly returning to the fearless eroticism of her personal practise.