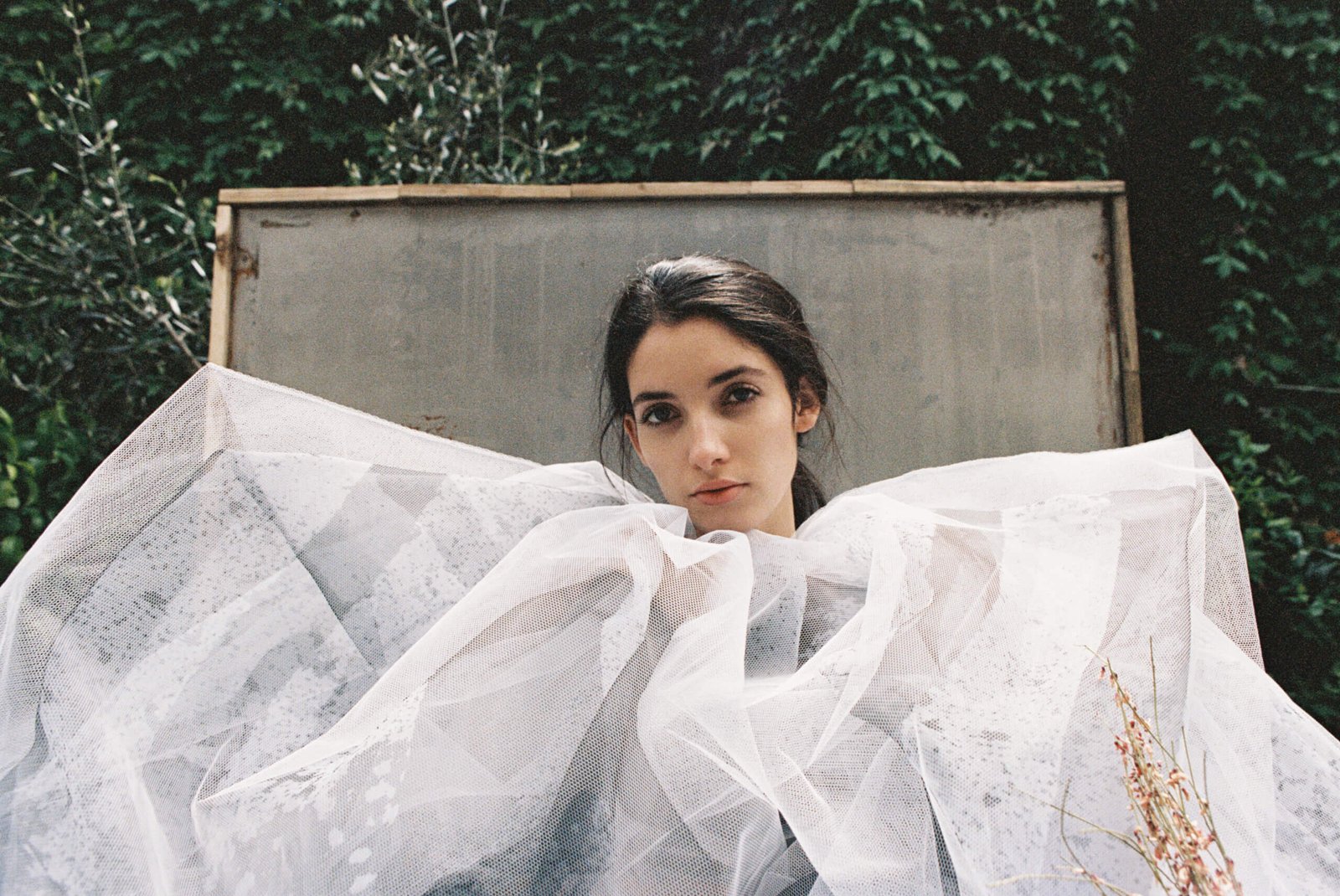 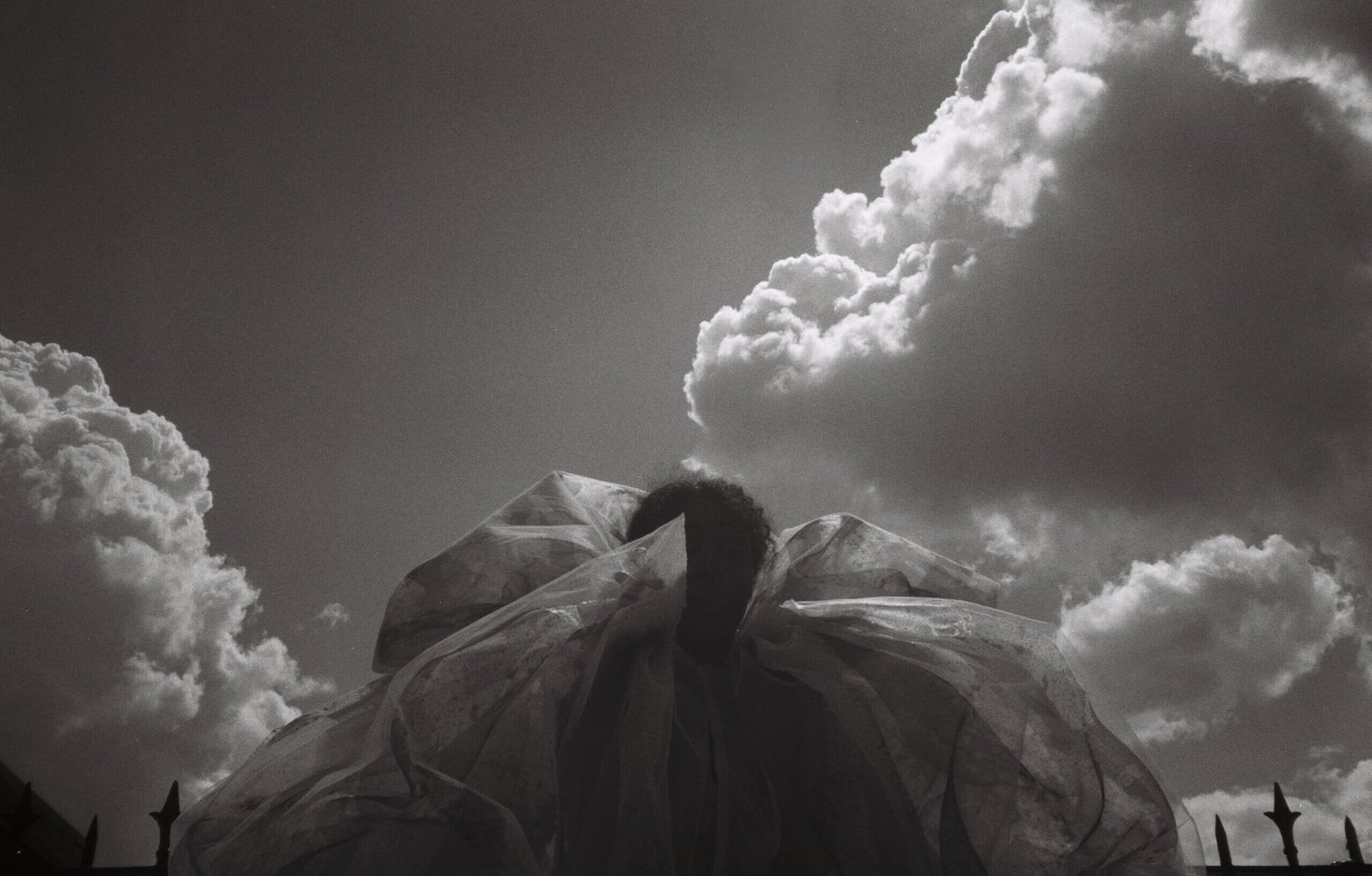 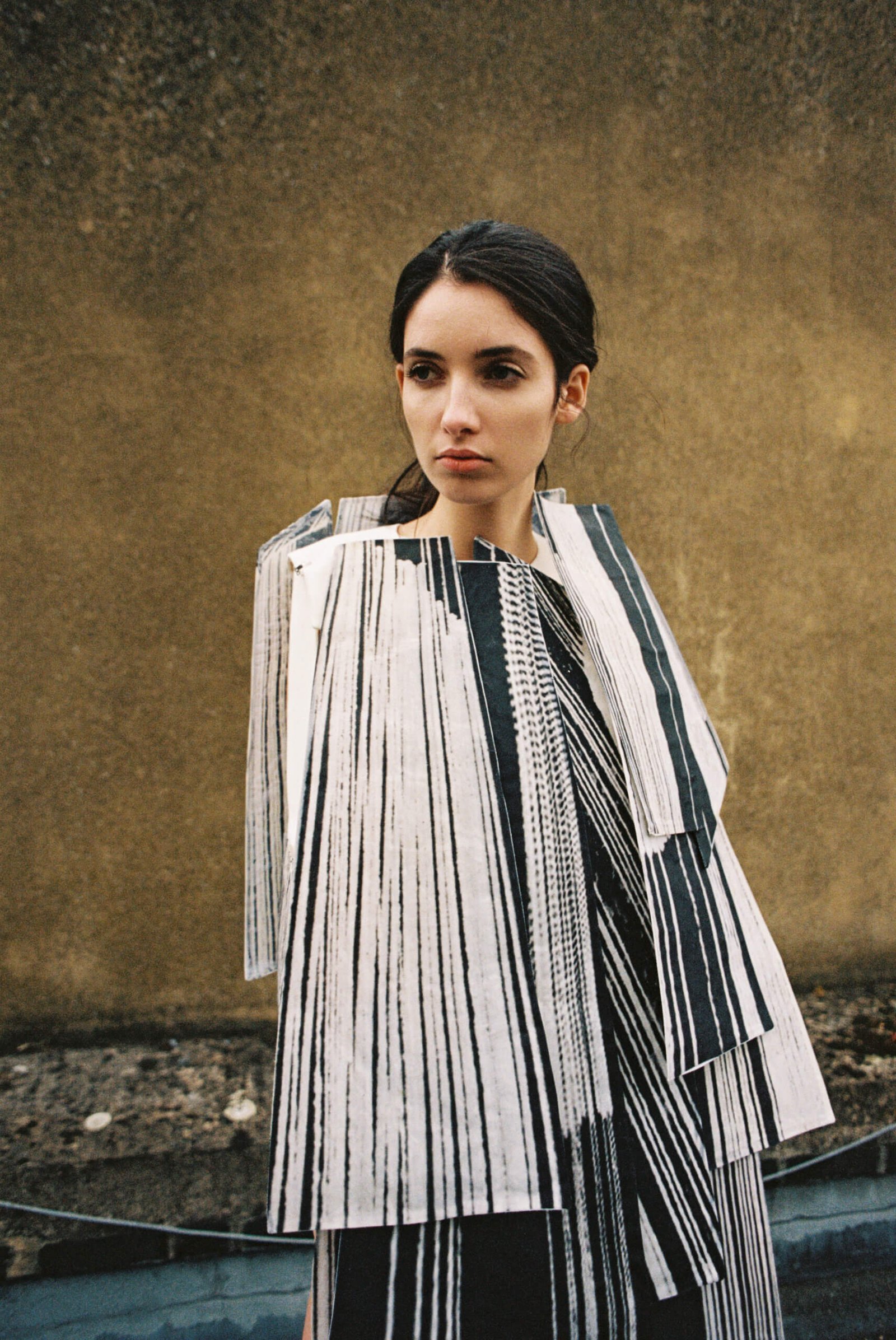 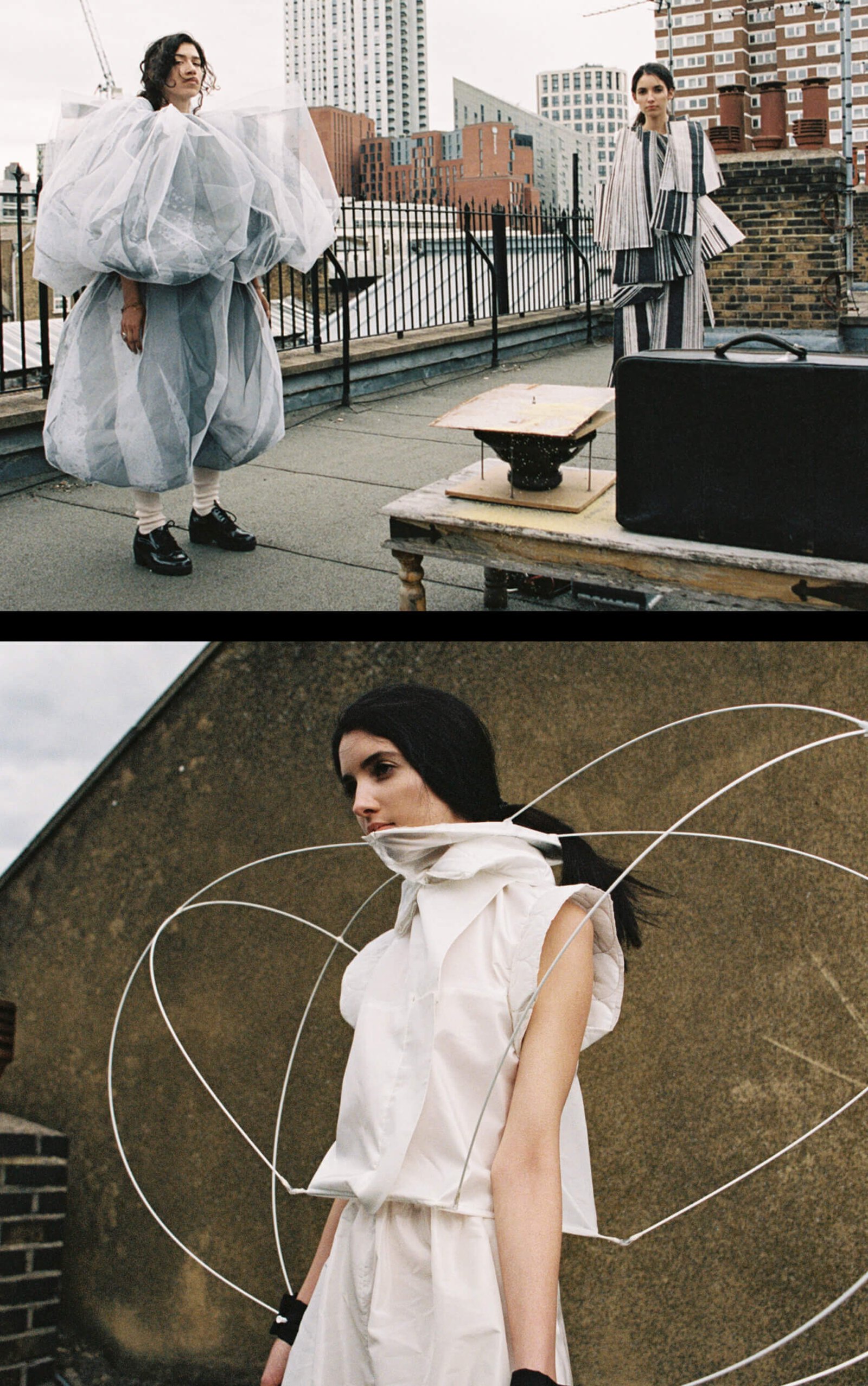 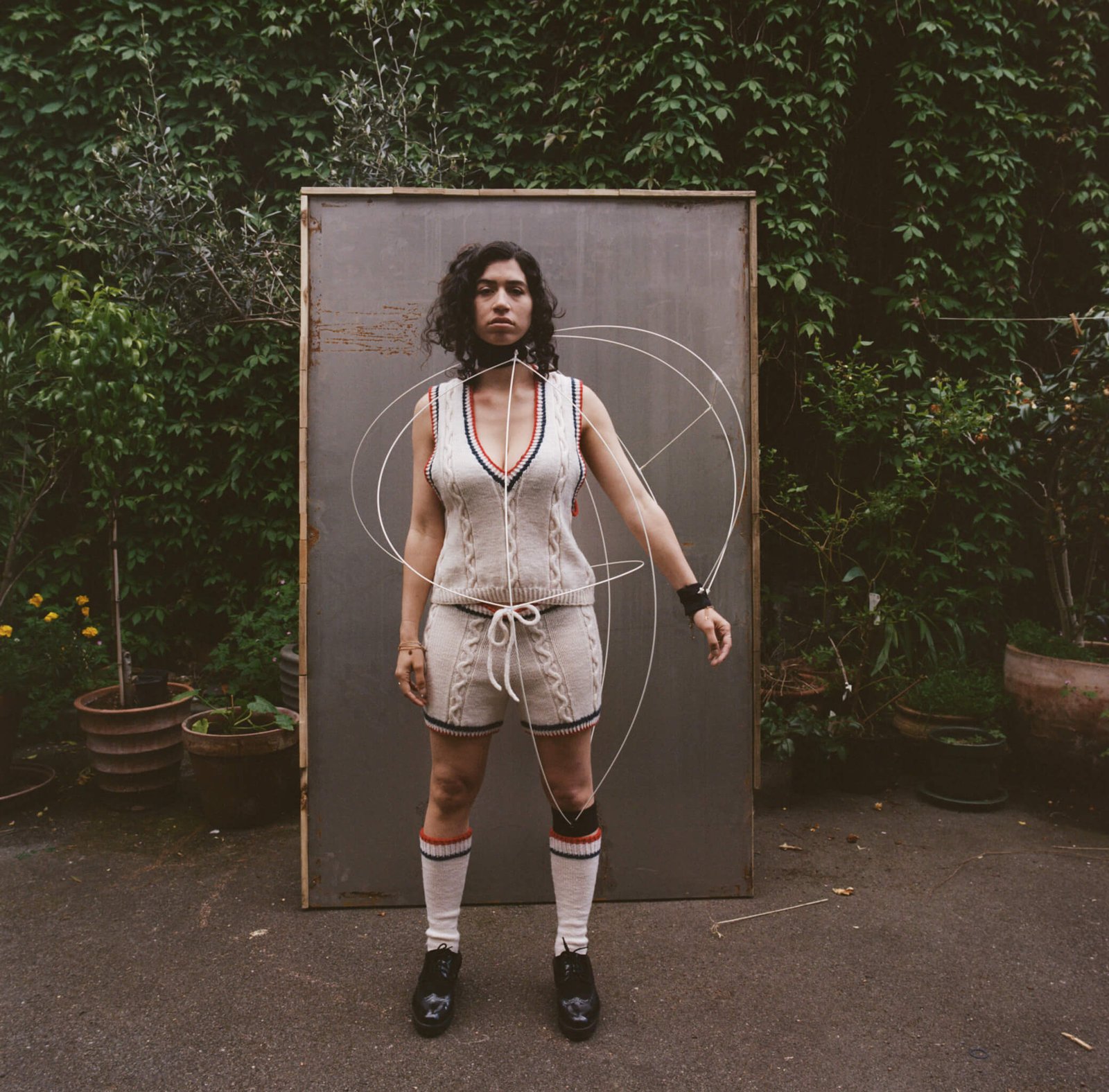 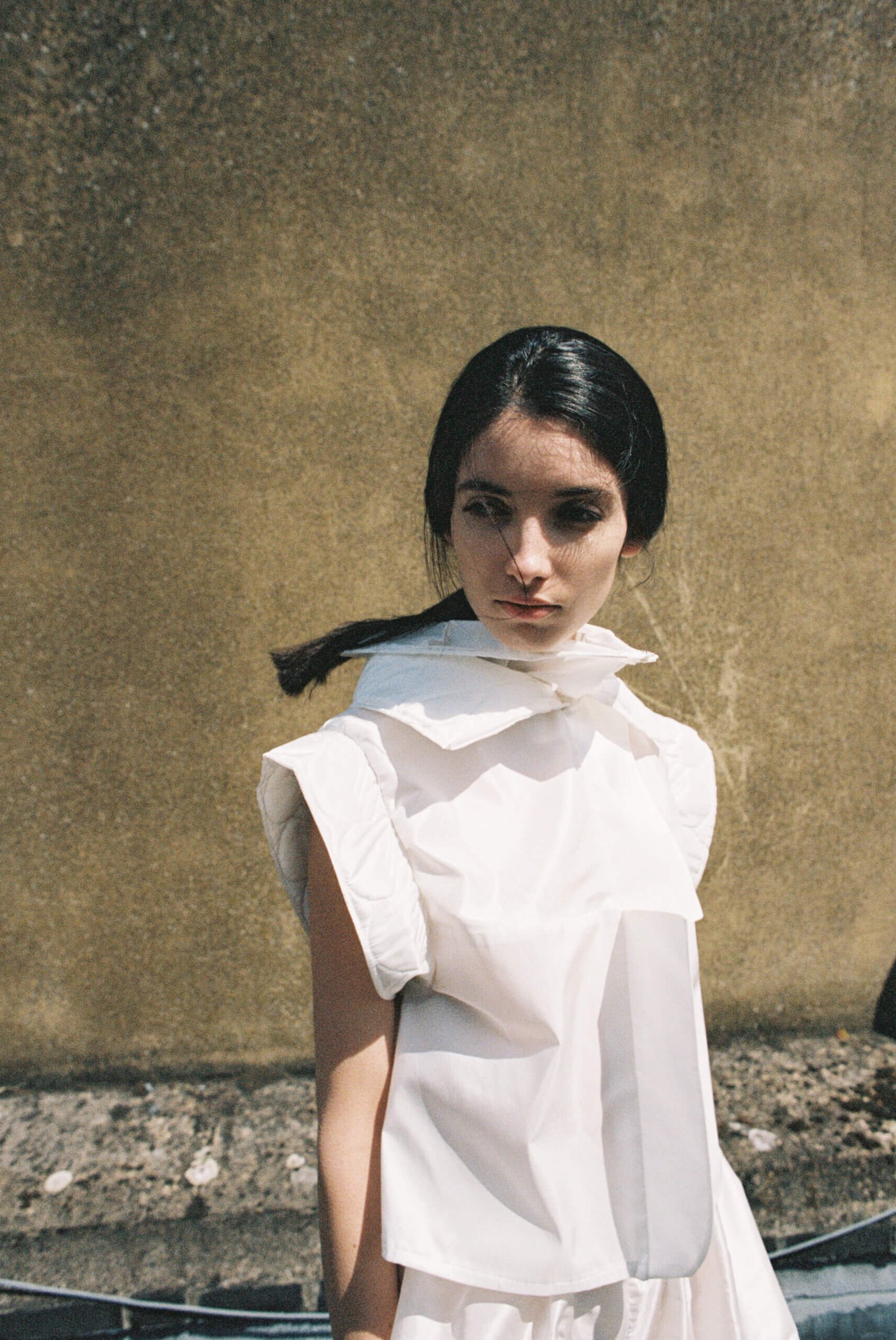 ‘For me, it was all about igniting the nervous system of the observer,’ says Zachary Anderson, the Fashion Design with Womenswear graduate, about his final collection Chladni Clout.

A visual representation of sounds and frequencies, the collection is inspired by the designer’s sensitivity to music and the overwhelming feeling that he experiences while listening to it. Having previously worked as a car technician, the 30 year old designer recreated his own Chladni plate, an invention of the German physicist and musician Ernst Chladni, using a car battery, amplifier and a speaker. Designed to visualise sound frequencies, Anderson used the plate to create a series of photographs of couscous forming various patterns which he would later turn into drawings. ‘It’s much more stimulating for me to make my own artwork and then translate it into fashion,’ he says. By distorting the drawings and placing them onto the body, he created the collection’s overarching silhouettes.

Parts of the couscous patterns inspired the exaggerated shapes of the fibreglass frames and structures. The grainy texture of couscous was referenced in the monochrome print on translucent organza, and the notion of challenging the sensory perception made Anderson infuse the garments with small devices receptive to vibrations which can be transformed into audible sounds. ‘Whenever more than one of your senses is stimulated, you’re no longer only an observer. You become a part of what’s going on,’ he explains.

The frames are complimented by subtle neoprene undershorts and cable-knitted vests – all a nod to the clothes worn by Arthur Ashes, the first black male tennis player to win Wimbledon. Having collaborated with a local charity on getting the knit done, Anderson aims to create a fashion brand that would equally function as a charity – including people who are normally not included.