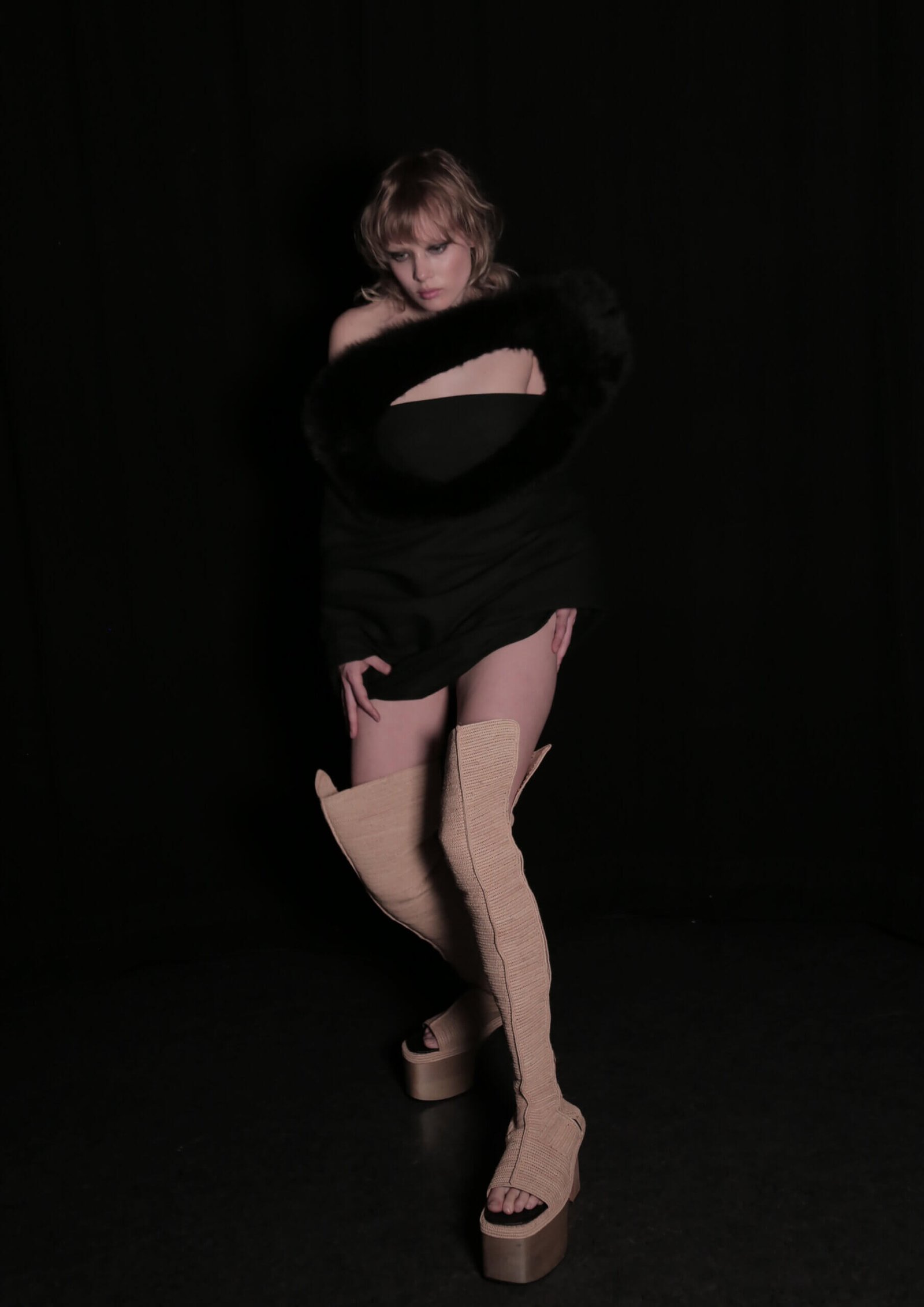 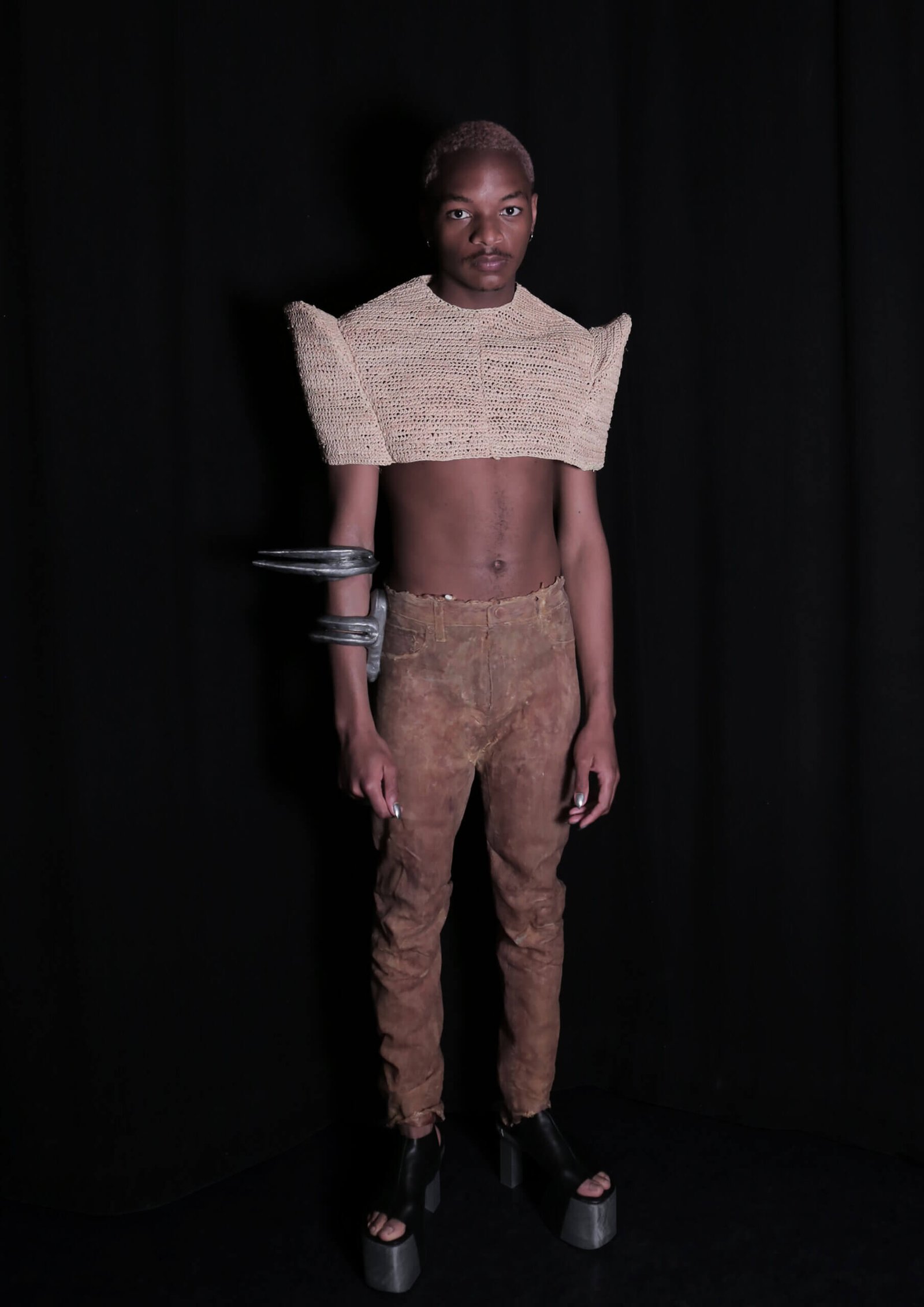 ‘I realised that the most important ceremony is the marriage to yourself,’ explains Moroccan menswear student Faris Bennani. The designer considered and studied the breakdown of his parents’ marriage and began to realise his importance as a single human. Bennani elaborates on the characters who would attend the wedding, ‘the bride, the rich aunt,’ nodding to his Arabian roots by incorporating the ceremony of the Hammam.

The designer’s use of raw materials developed after his sculptor father and painter grandfather educated him as a child, as seen in his use of metal, latex and plaster. He enjoys confusing his audience, creating multi-functional pieces that are not what they first appear to be, such as a bag that in no way functions as a bag. ‘When I arrived at Central Saint Martins, my work was much more conceptual, I didn’t like using fabric. I realised that I had to find a balance between clothes and sculpture, and I started creating pieces that would empower the wearer, give them confidence.’ Bennani intends to leave no exclusions and design for ‘all races, all genders, just humans.’

His plan post-graduation is to understand the industry from a design role at a brand, the options are endless for this conceptual and multi-faceted designer. ‘I guess I just listen to my instinct without pressuring myself to stick to a certain point of view.’