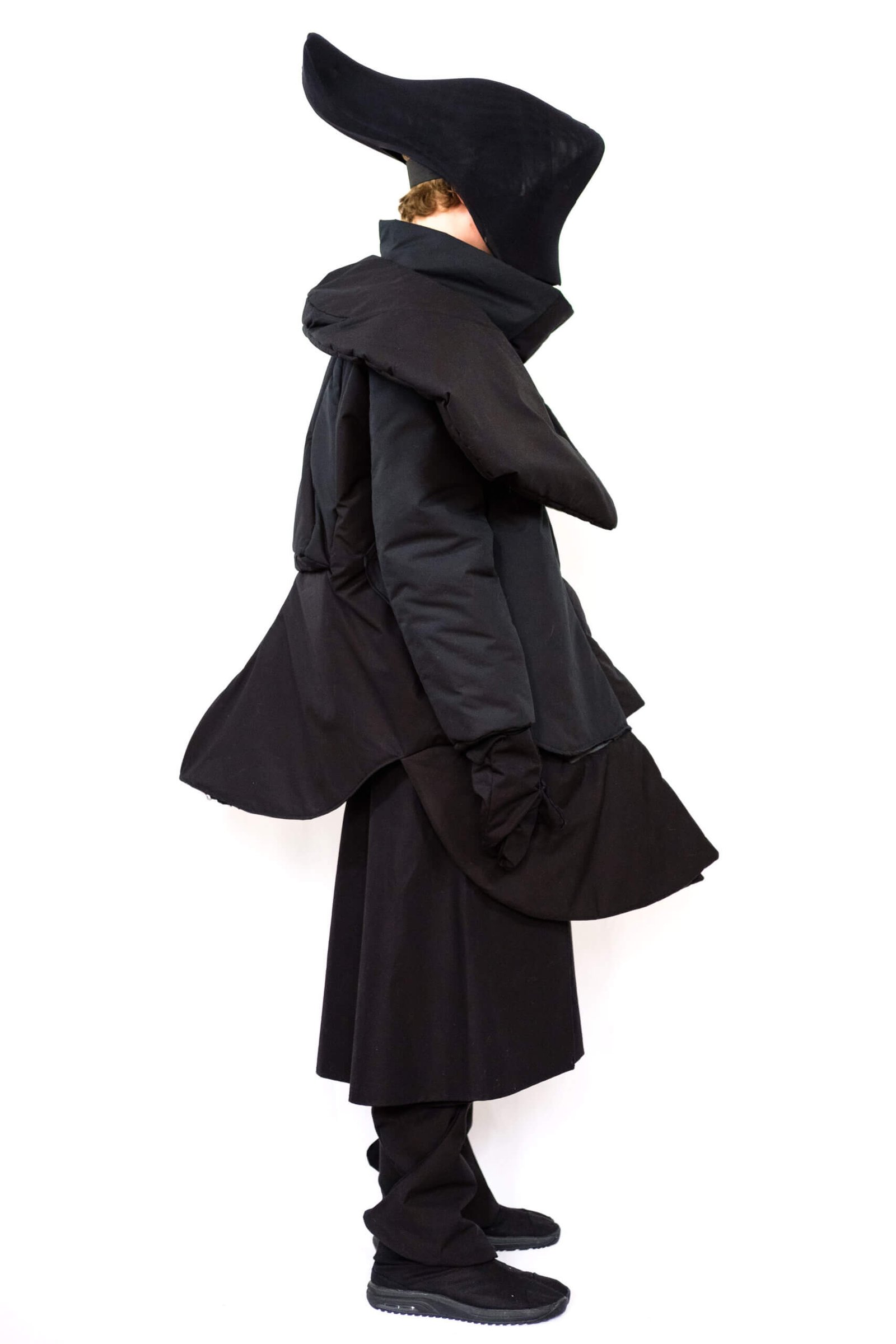 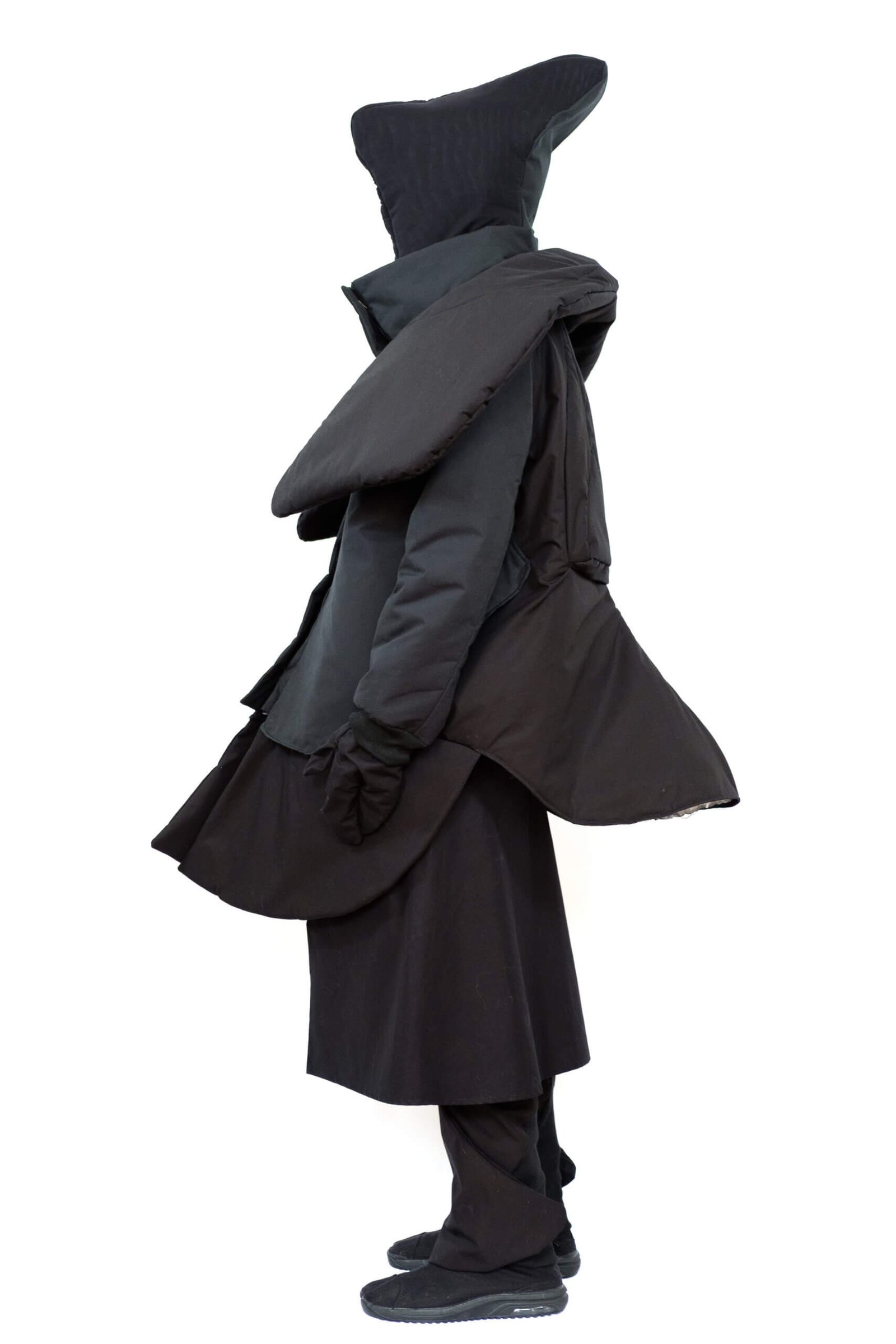 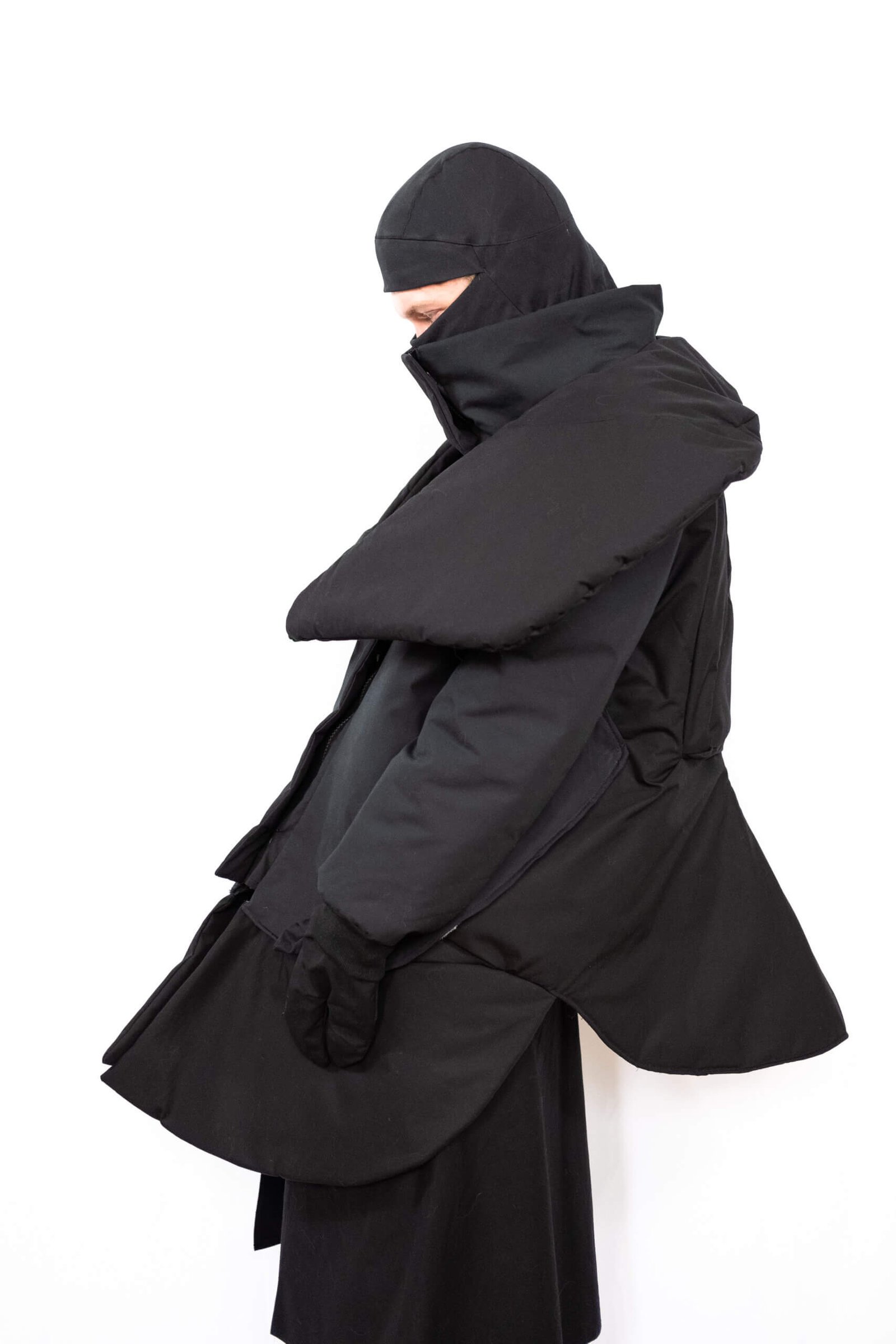 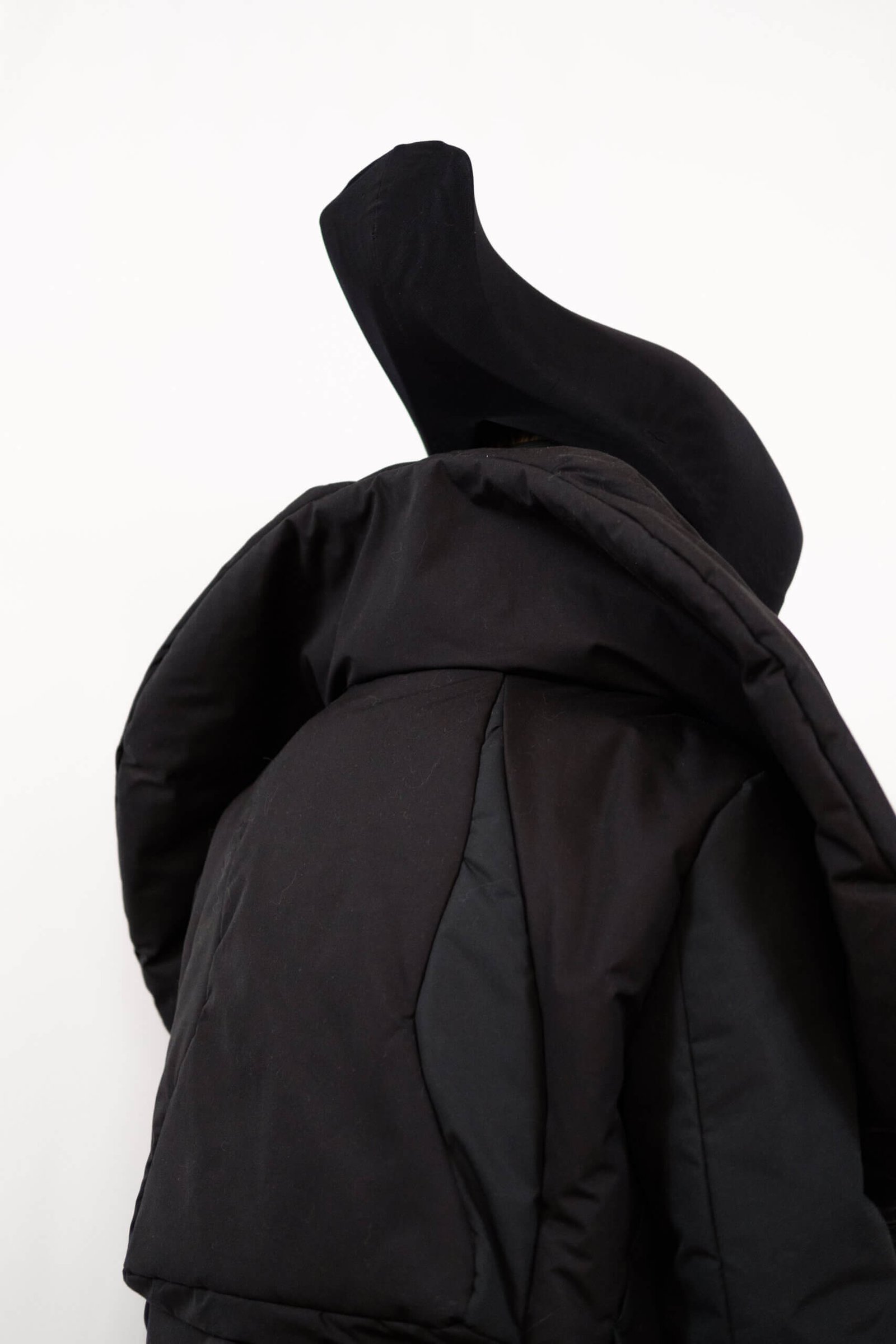 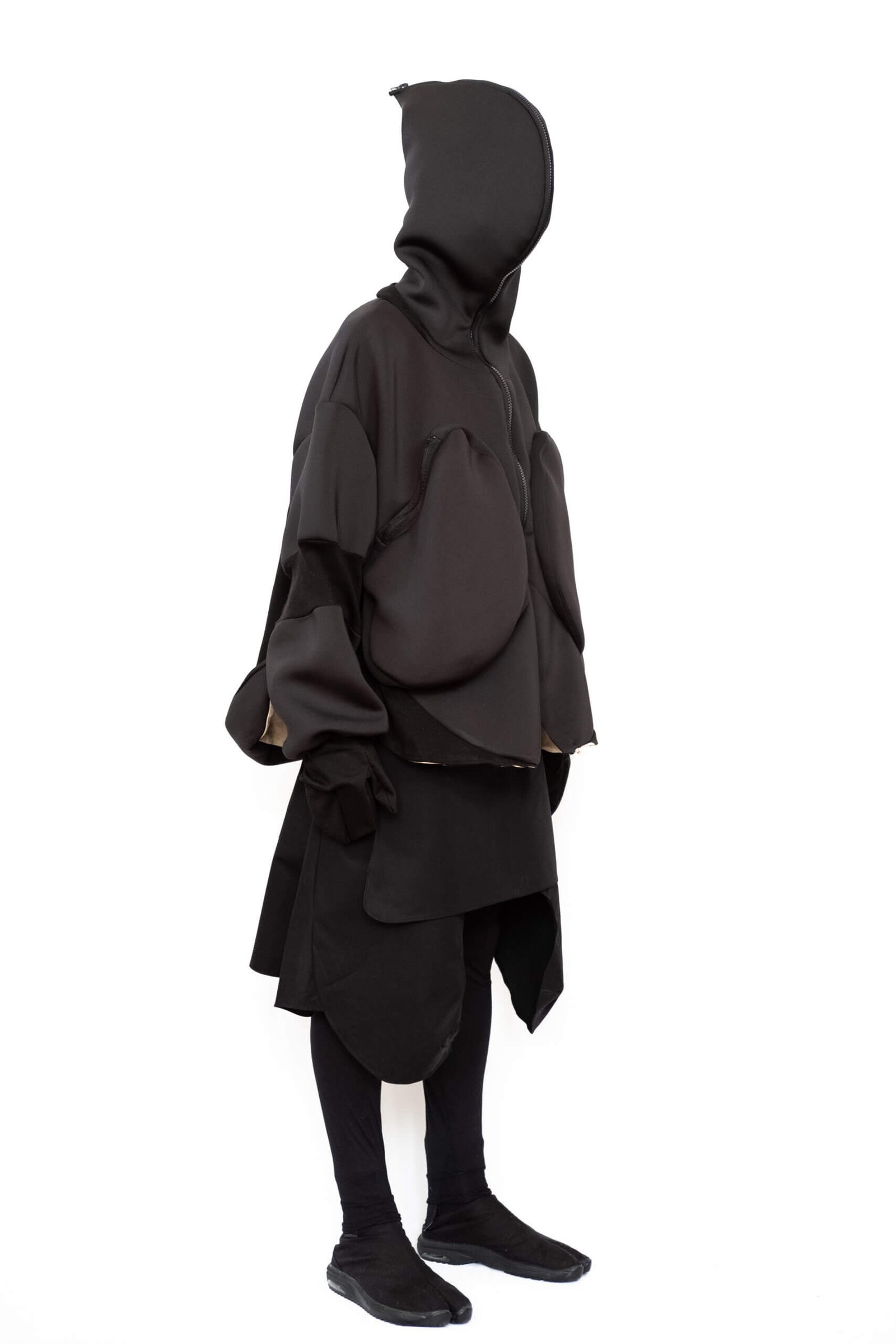 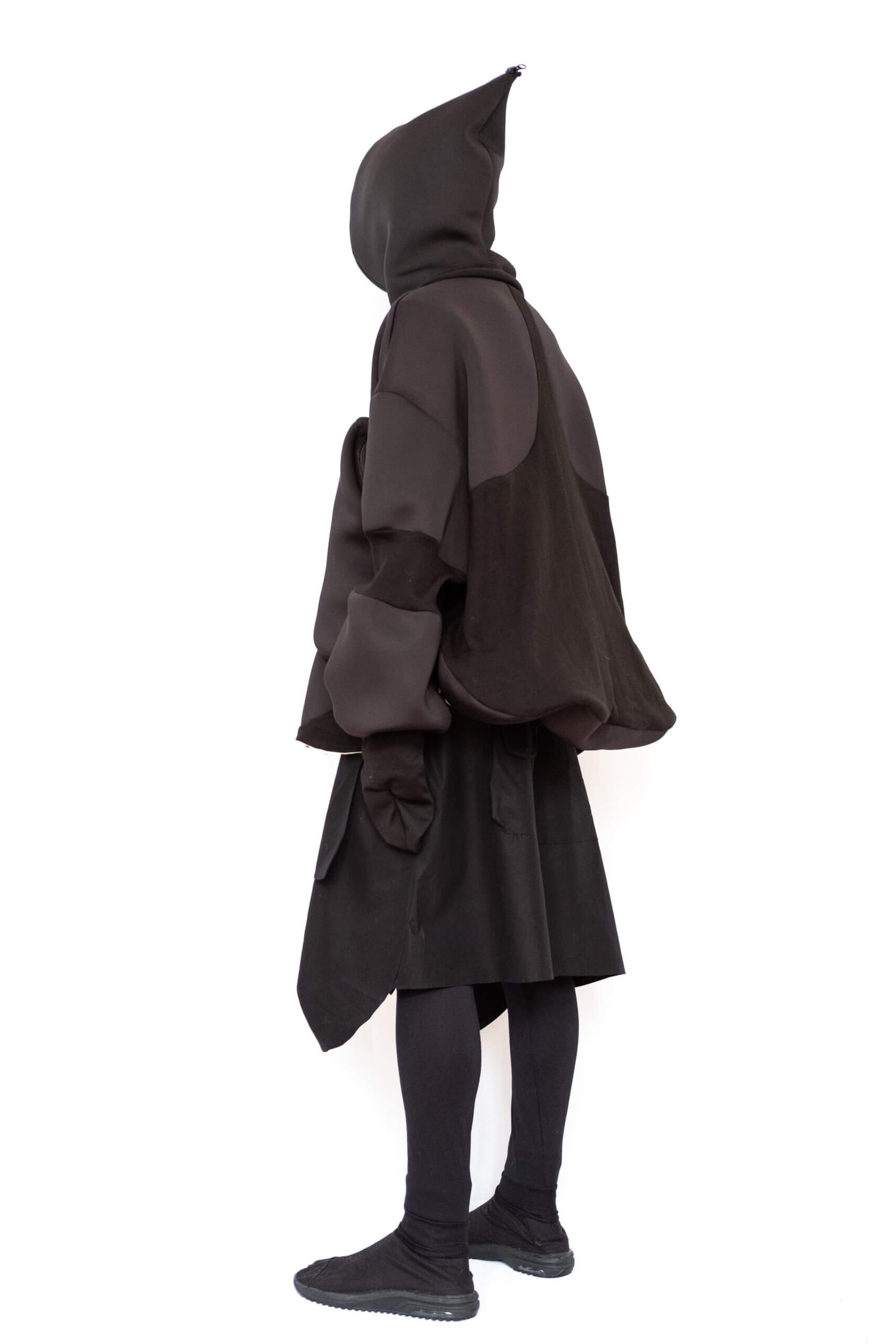 ‘I’m a massive nerd,’ proclaims Amsterdam-born Menswear designer Luca Hamers. Having studied in Switzerland and The Netherlands before diving into the creative sphere at Central Saint Martins, Hamers describes his work as ‘abstract technical wear,’ due to the fine balance struck between daring form and lasting function.

The grandson of a Dutch city planner, he finds inspiration mainly in science fiction and futurism, as well as artists such as Henry Moore and Michaël Borremans. His final collection is deeply personal, stemming from a meditative Buddhist ritual which involves facing a dark emotion. He describes his visions of shadowy creatures, which led to his three looks, constituting ‘a love letter to imperfections.’ Created in his London studio, his final collection was a technical challenge due to the complexity of his silhouettes, though the process was aided by his use of ‘hyper-technical and waterproof’ Ventile fabric.

Chatty, worldly, and business-savvy, Luca feels strongly about the importance of being authentic in fashion. ‘You have to show your guts,’ he states. Working closely alongside Argentinian designer Aitor Throup during his placement year, as well as developing his own brand over the last three years, he has already gained significant experience and hopes to make his commercial debut later this year.