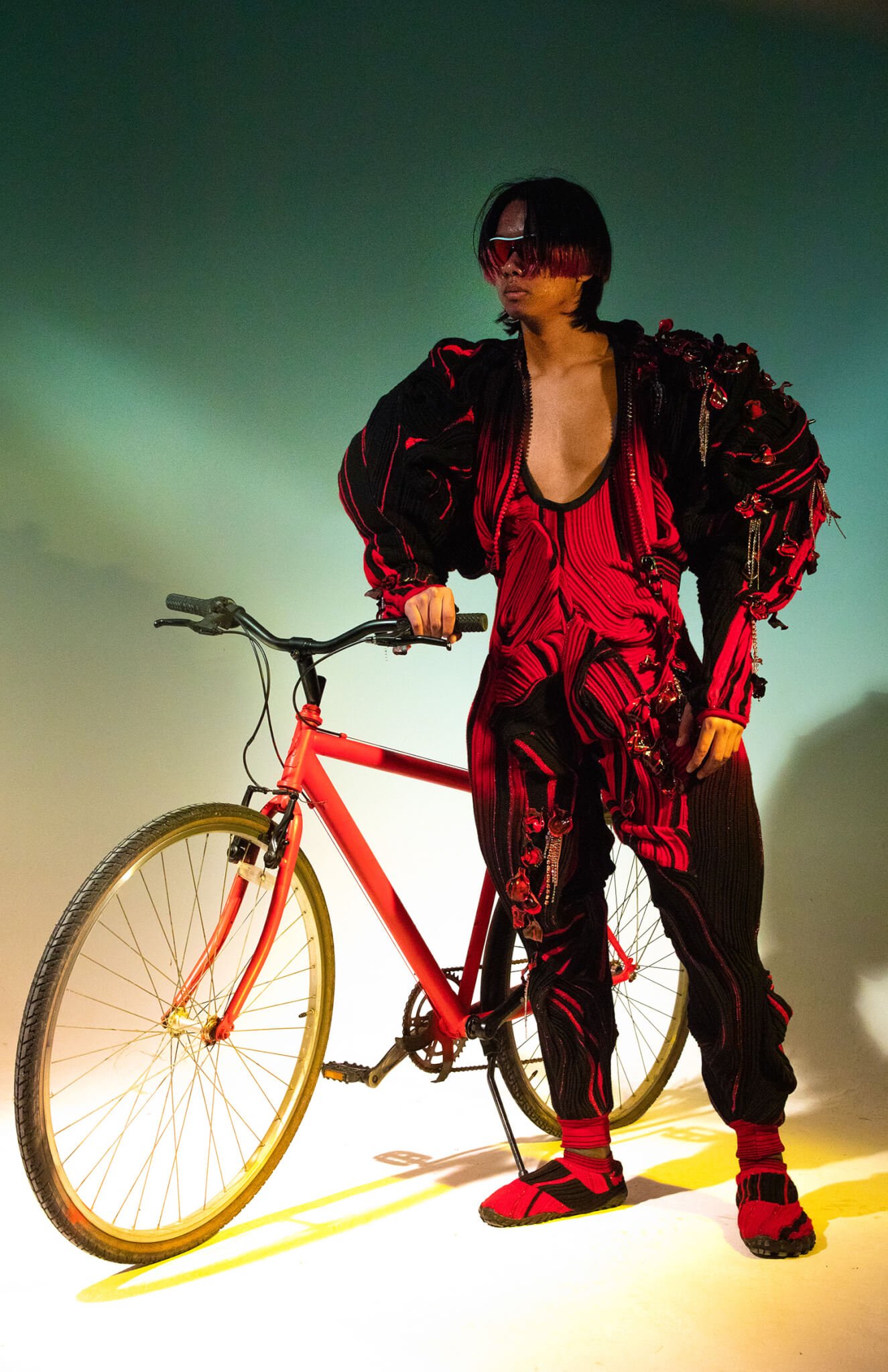 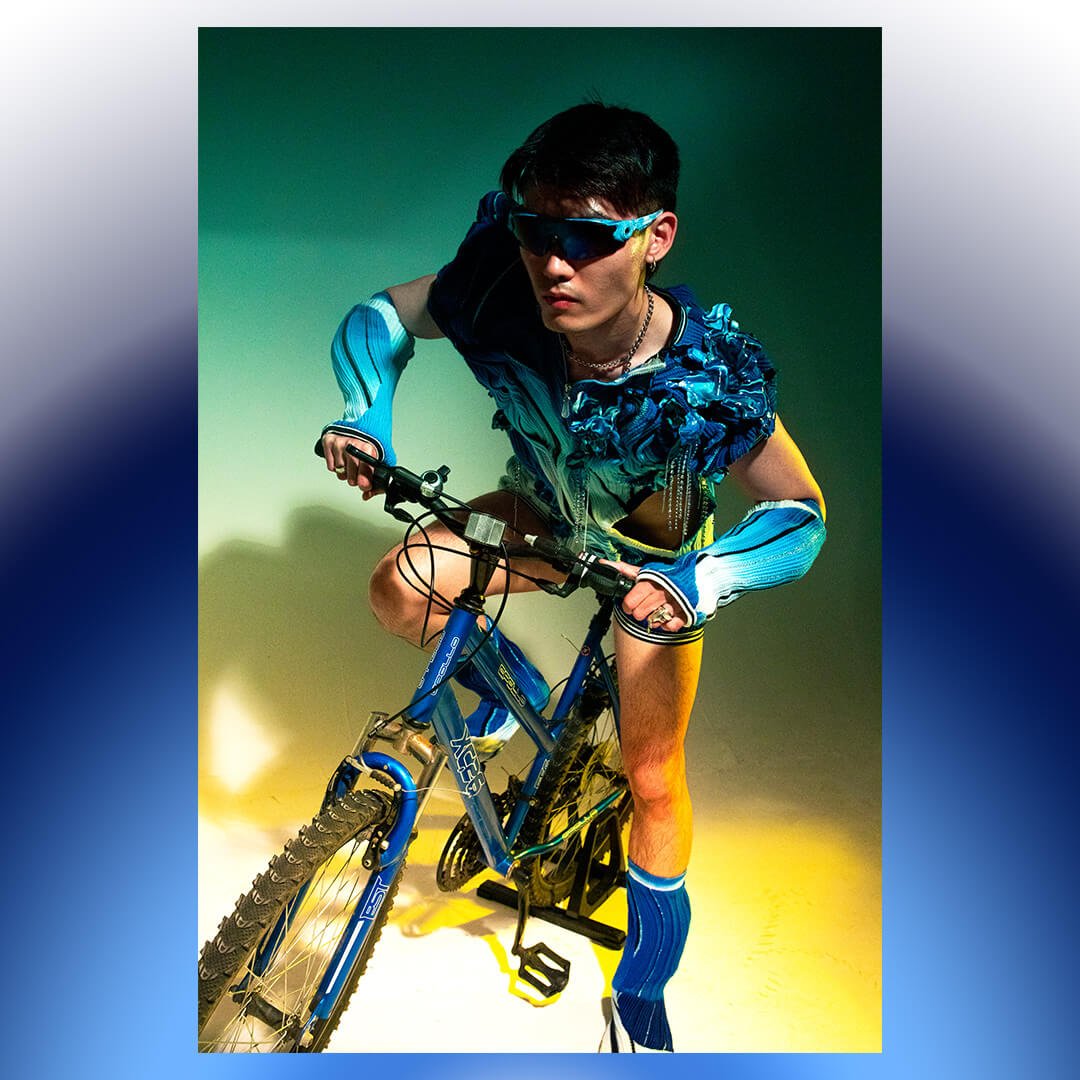 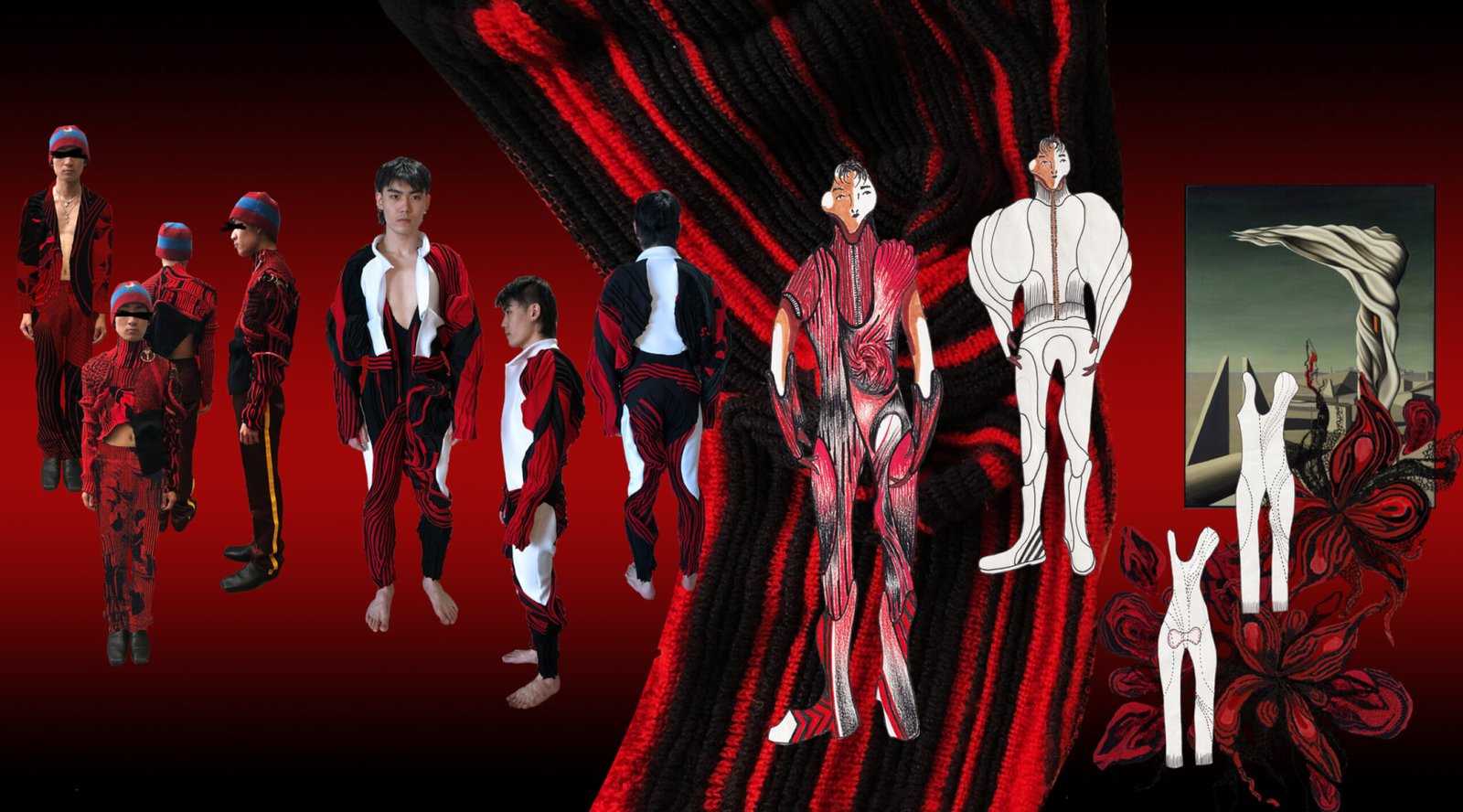 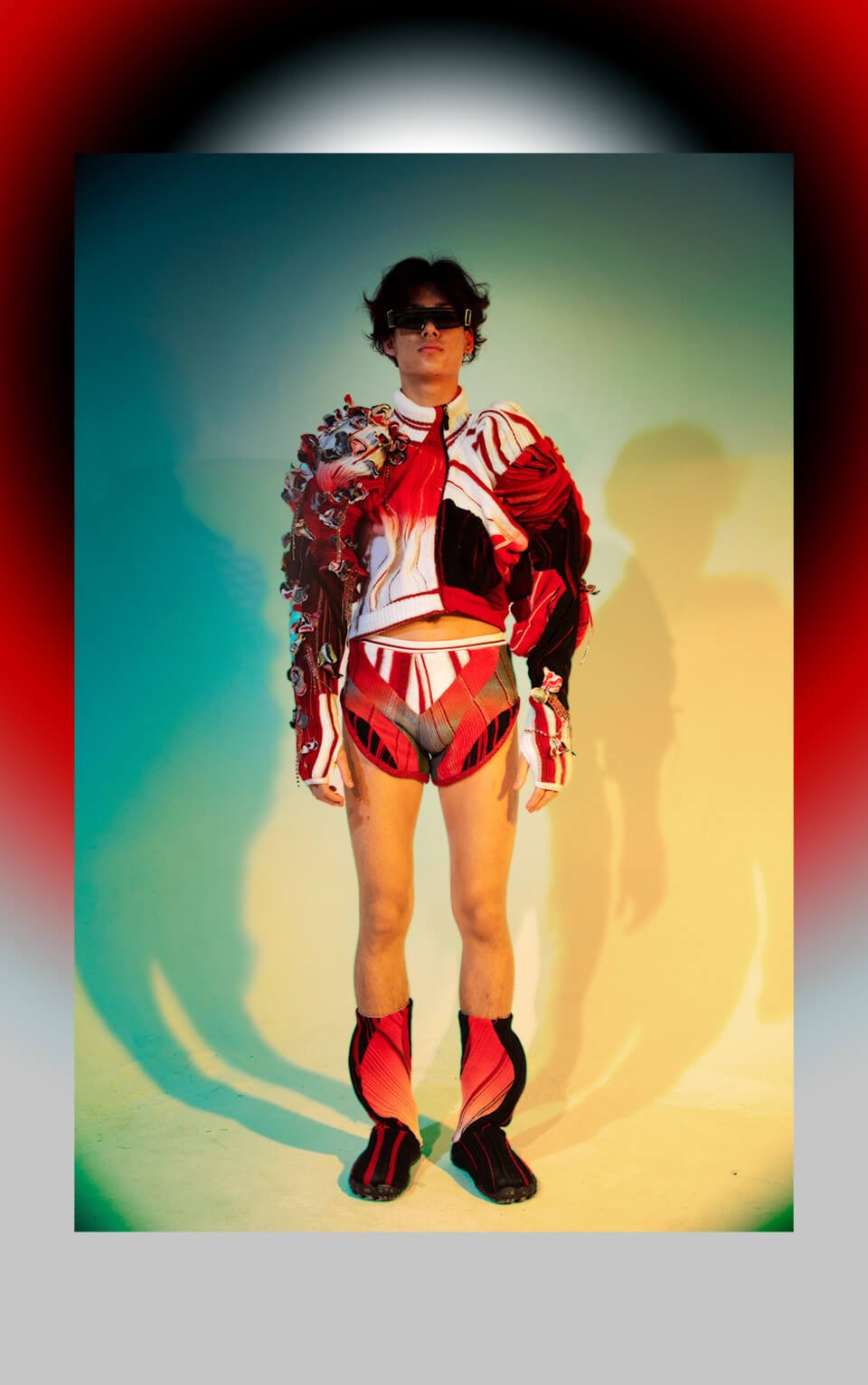 Burmese-born Lynn La Yaung joined Saint Martin’s life on a leap of faith – one that has evidently paid off. The 24 year old Knitwear designer is not only a recipient of this year’s inaugural Bottega Veneta Scholarship but also bears the title of former intern at Givenchy’s Menswear and Chanel’s couture ateliers in Paris.

Drawing from his early inspirations, most notably Georgia O’Keeffe’s watercolour art, Yaung unearthed knit samples from second year projects and refined them to fit his final showcase. ‘The message is to never forget your first work. People tend to be a bit embarrassed by what they’ve done in the past – I know I have,’ Yaung shares nonchalantly. Unshaken by past failures, he presents three all-knit looks in bold primary colours, sculpted with padded sleeves, distorted swirls, gradient gemstones and hand-crafted clay petals that discreetly encase the designer’s fingerprints. The Beginning of the End, as Yaung titled his showcase, strikes a curious mix of cycling sportswear and musky anime superheroes.

Post-graduate plans include expanding the collection and presenting his work to the world beyond CSM. To keep the stress at bay, Yaung resorts to the tried and tested remedy of cigarettes and Red Bull for breakfast.