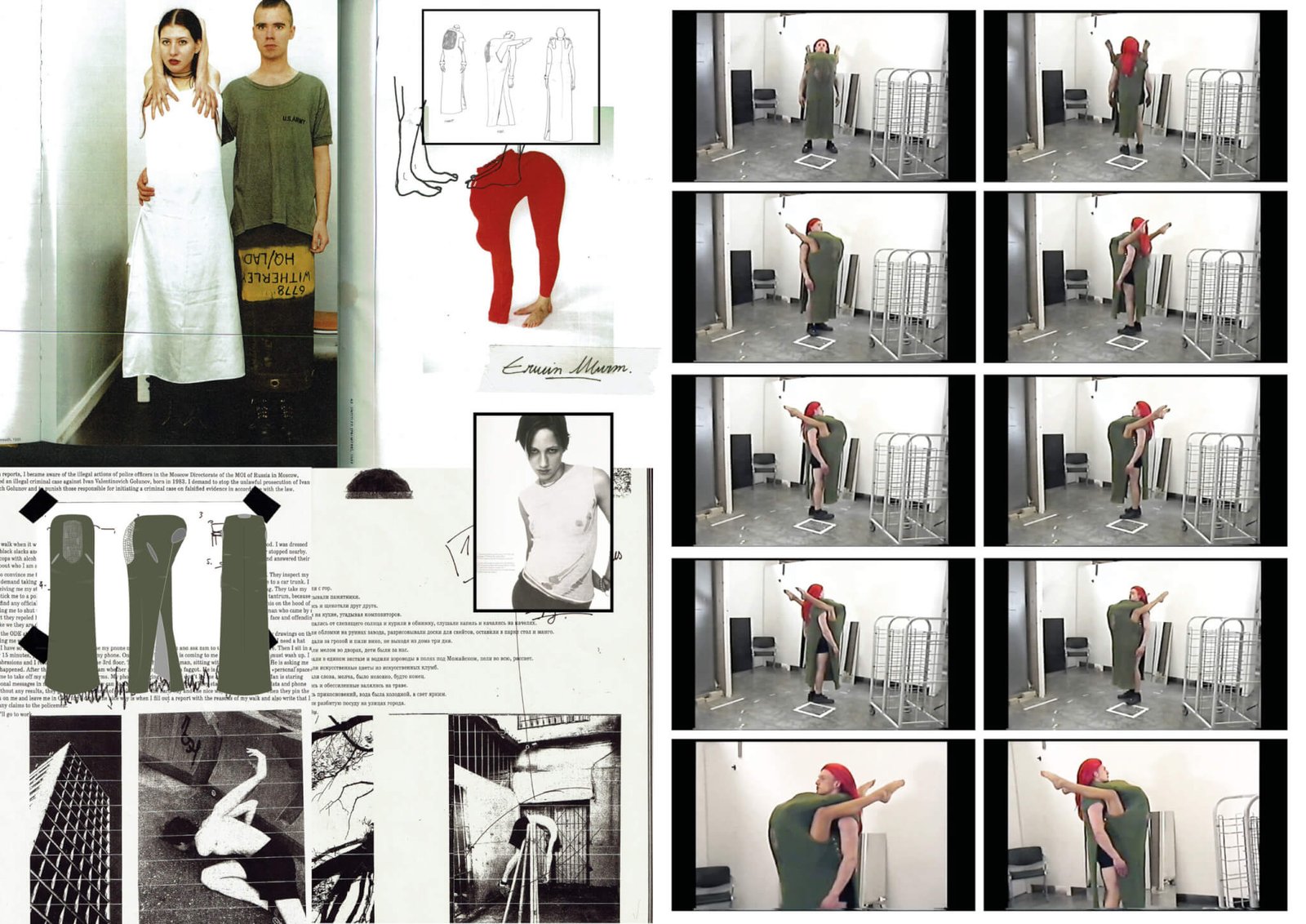 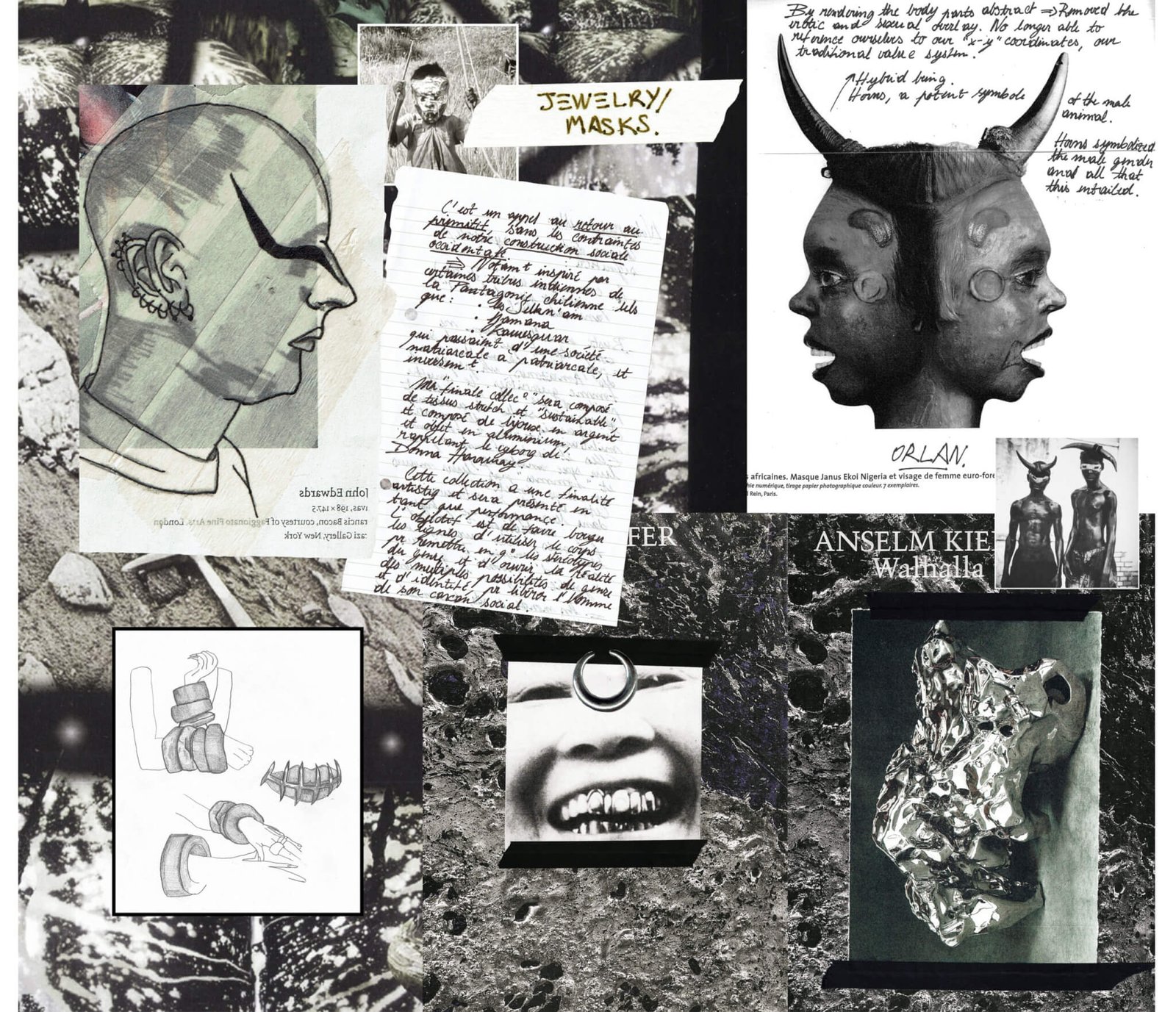 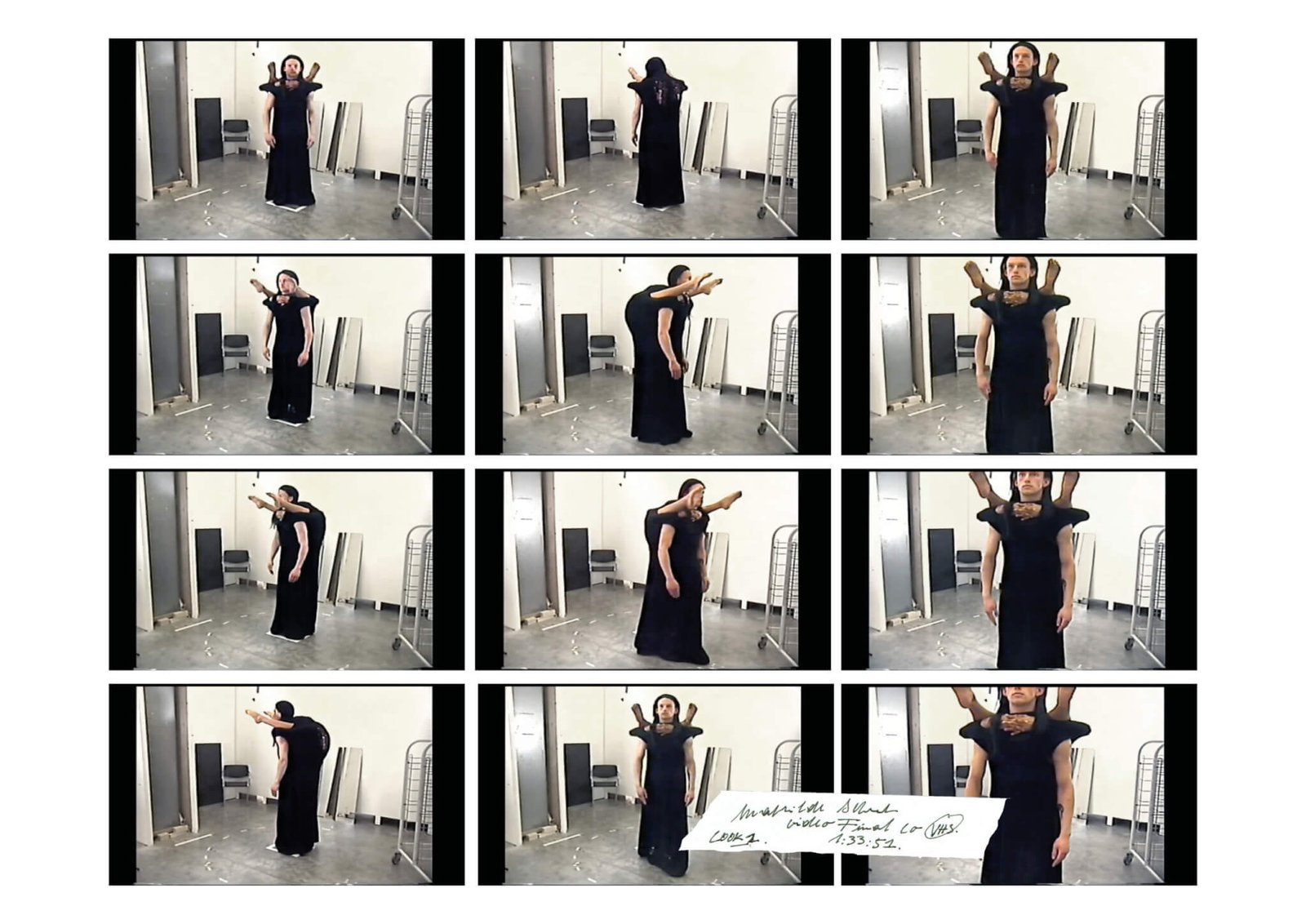 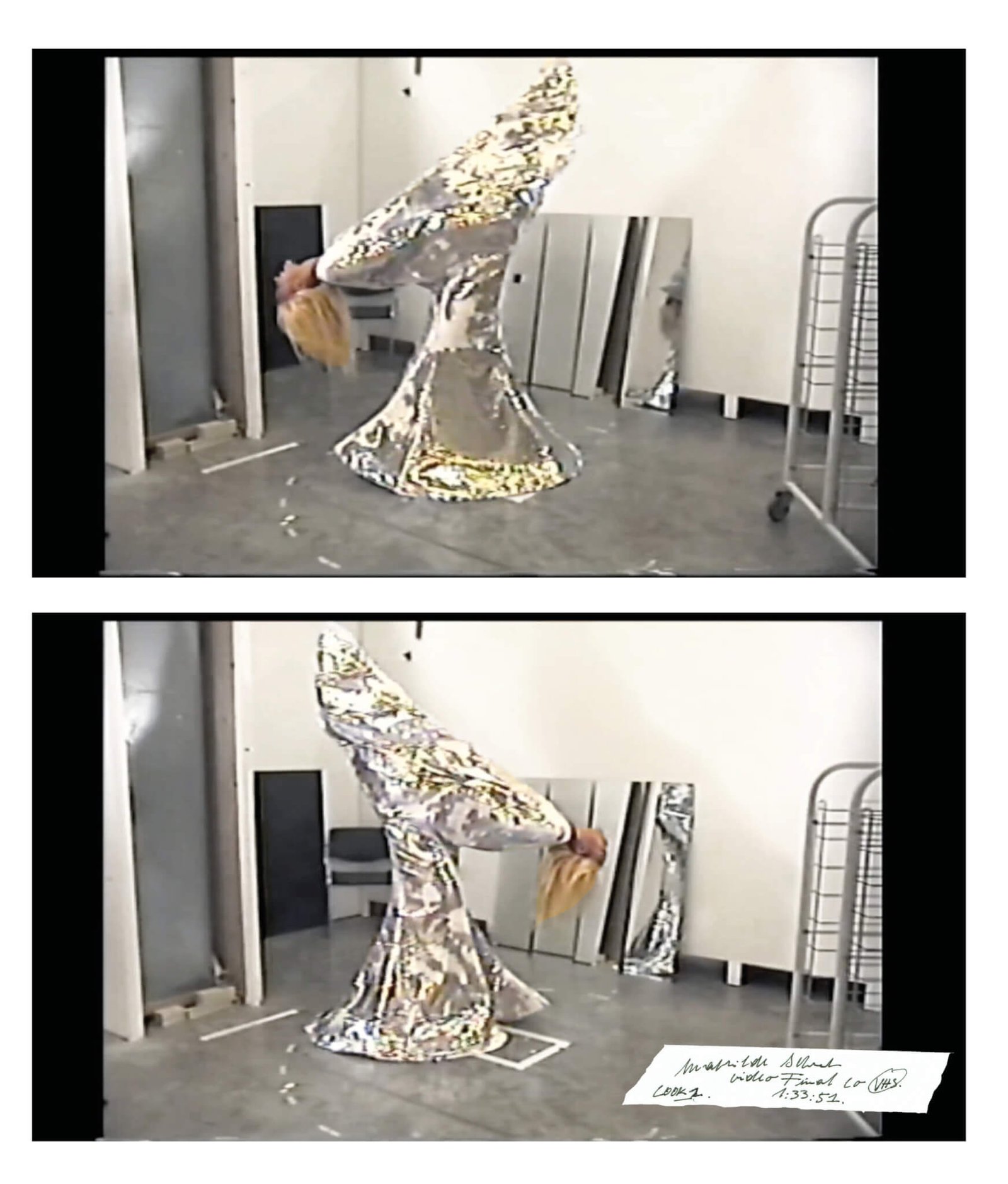 Over the past five years, Womenswear student Mathilde Schaub’s work has continually presented a recurring motif: two bodies combining as one. This has occurred to Schaub ‘absolutely naturally, instinctively and unconsciously,’ – but is owed to her insatiable fascination towards the body and its inherent role in our lives – something the 24 year old feminist intends to continue investigating following her degree.

Exploring the issues of binary and post-gender theory, Schaub morphs the bodies of man and woman and houses a third, non-conforming gender in her garments. Identity politics intersect with art here, Schaub’s tangible iteration of Donna Haraway’s metaphorical ‘cyborg’ meets inspiration by way of Erwin Wurm, Orlan, and Matthew Barney’s Cremaster Cycle. Haraway, who criticised the identity politics involved with traditional feminism, initially used the idea of a cyborg to represent the neutral being in 1985. Schaub’s work clothes this ‘cyborg’ – in knitted tunics of khaki and black – run with carefully pulled ladders that stretch over the bodies that bulge underneath, legs above shoulders, arms around legs, the inner tube of a bicycle wheel employed as a trouser leg. The pièce de résistance, a completely sequinned, silver arching hybrid, projects one of the duo of wearer’s heads out in front of the body at an unexpected angle, ‘moving the lines, and freeing the Man from his social straitjacket,’ as Schaub earnestly describes it.