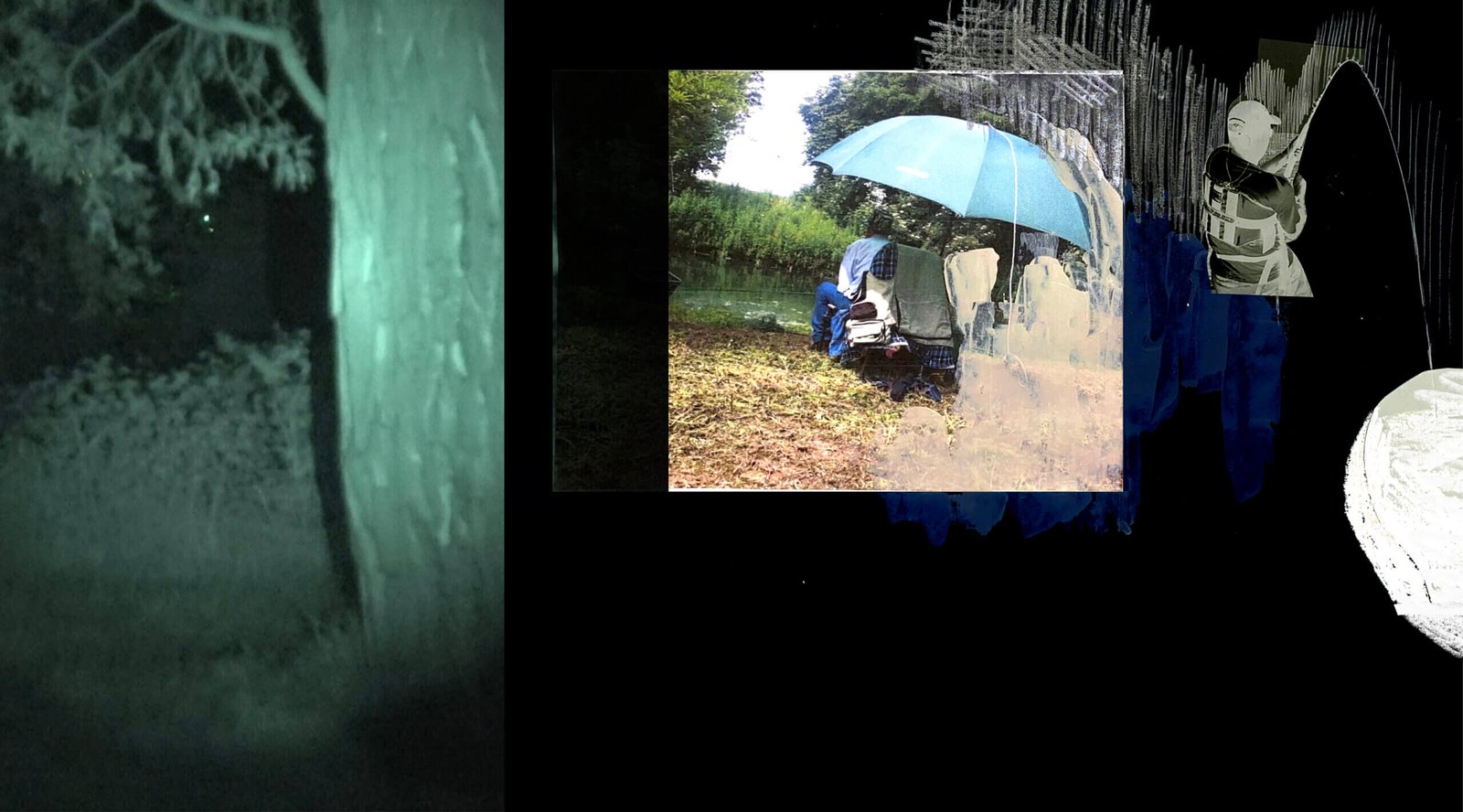 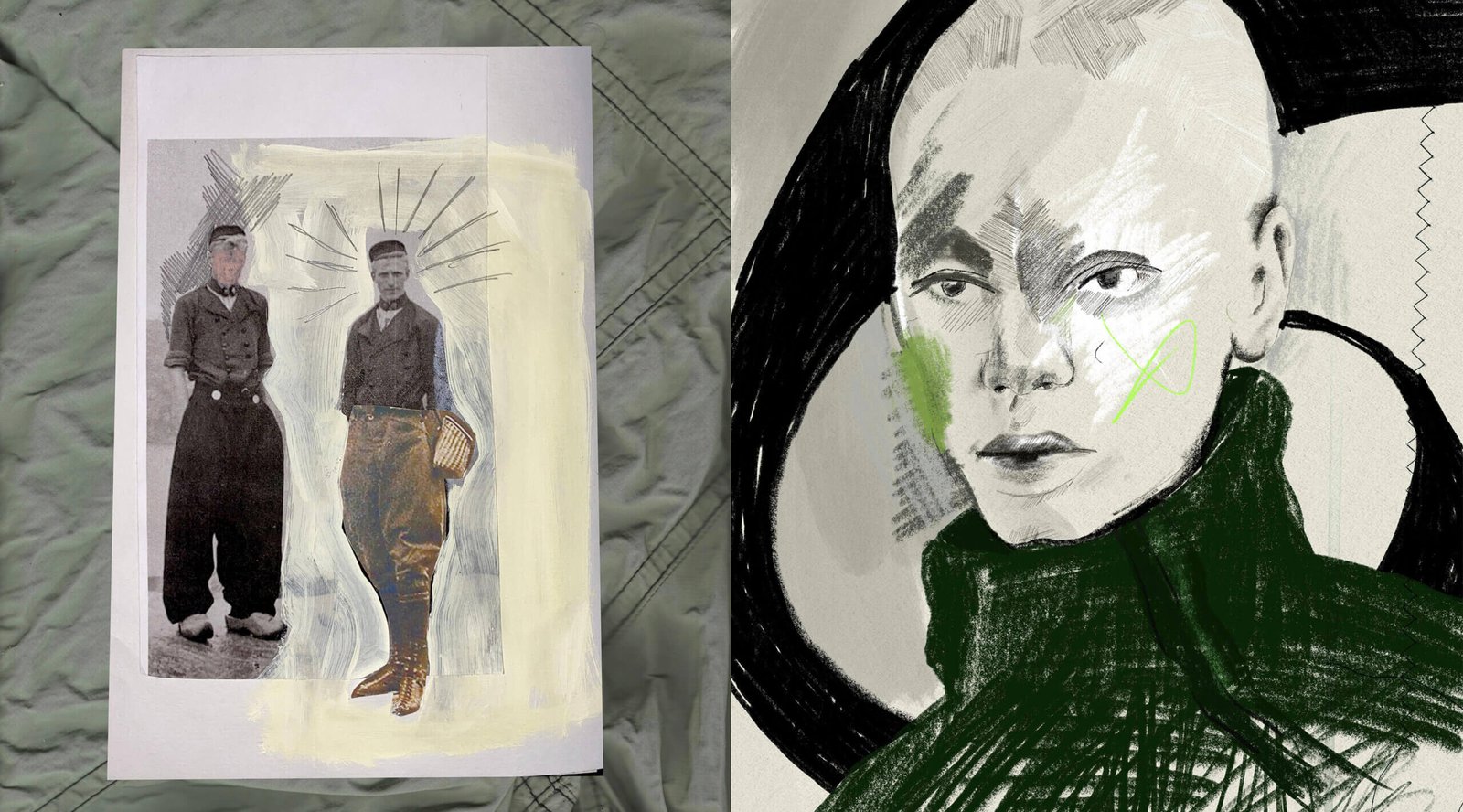 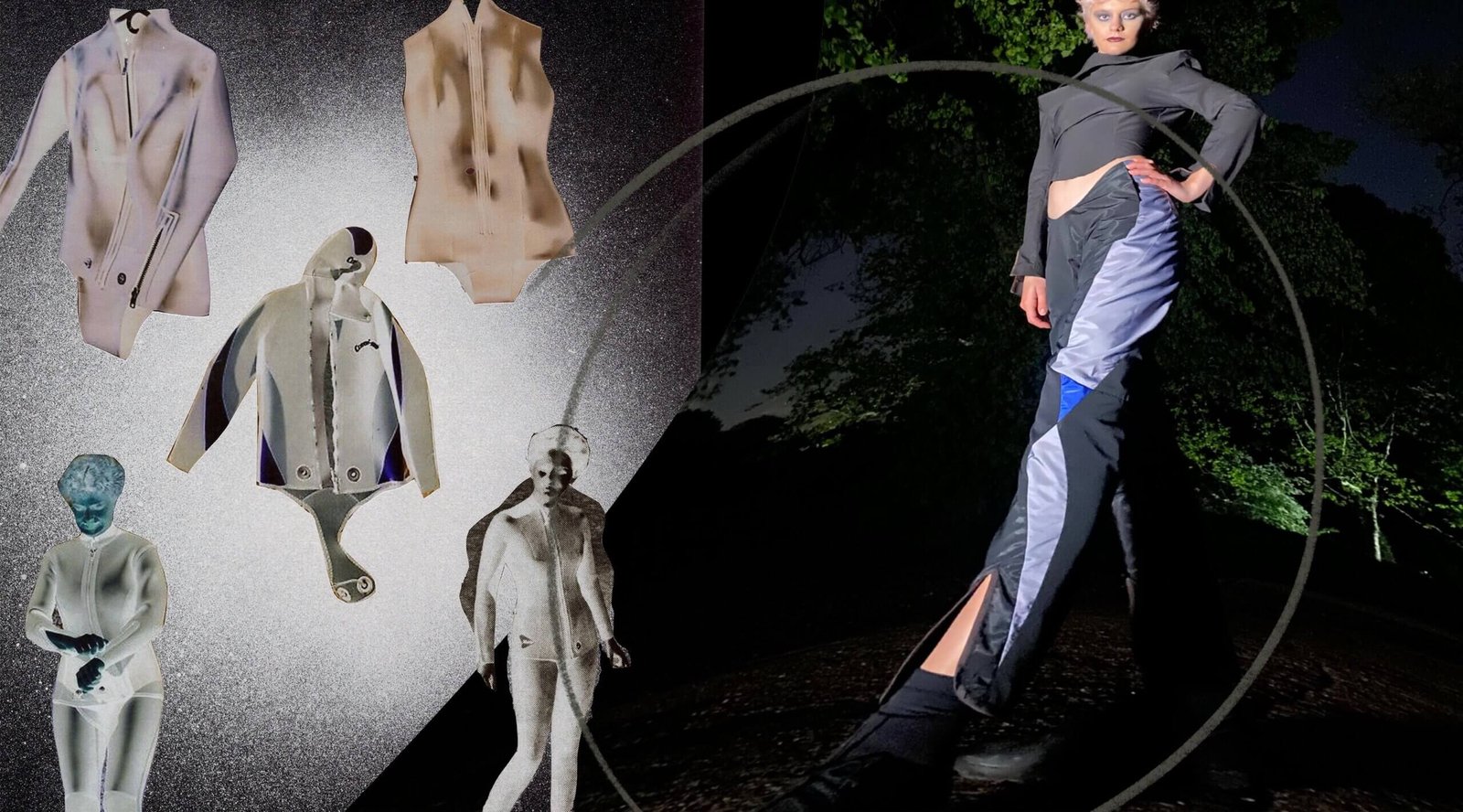 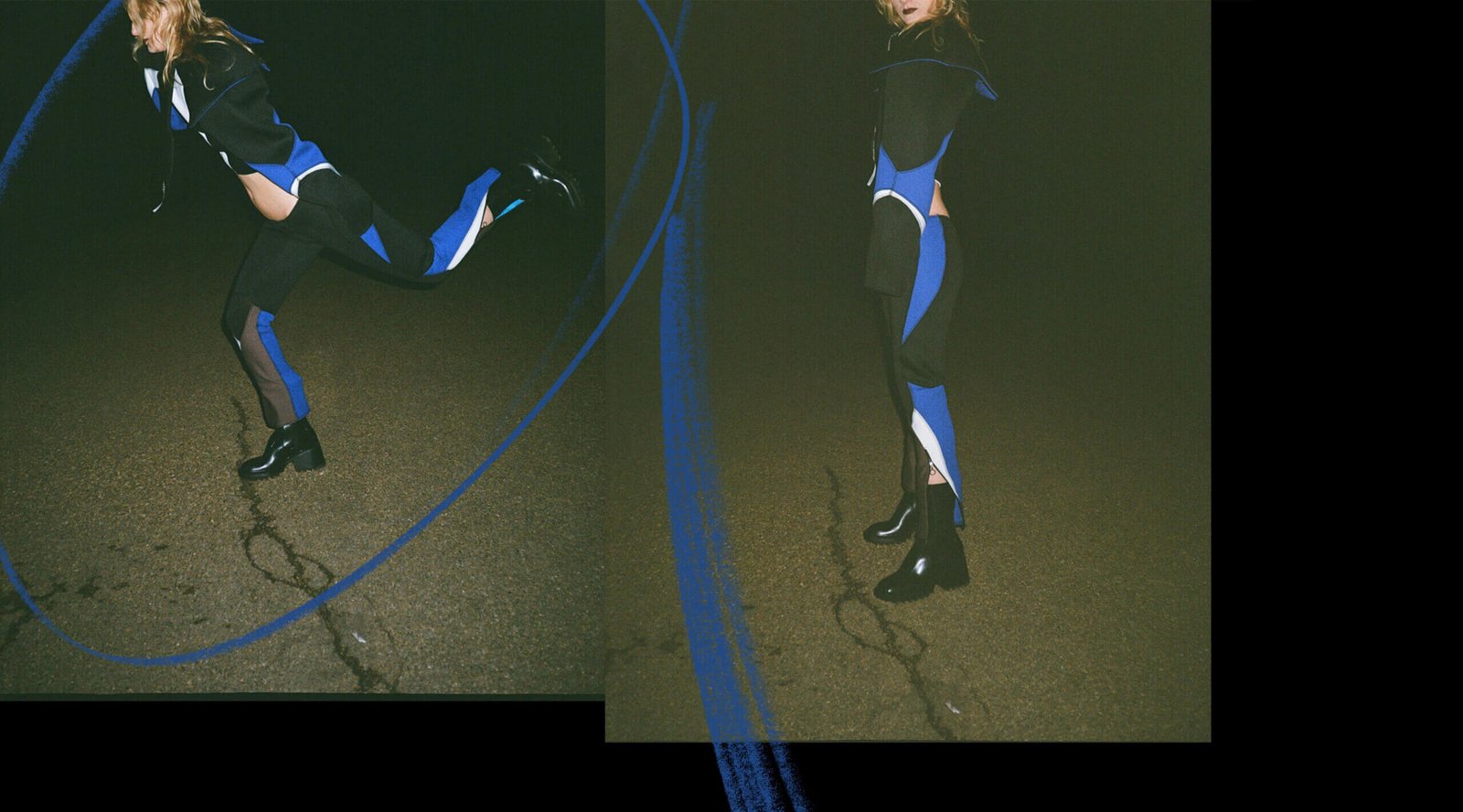 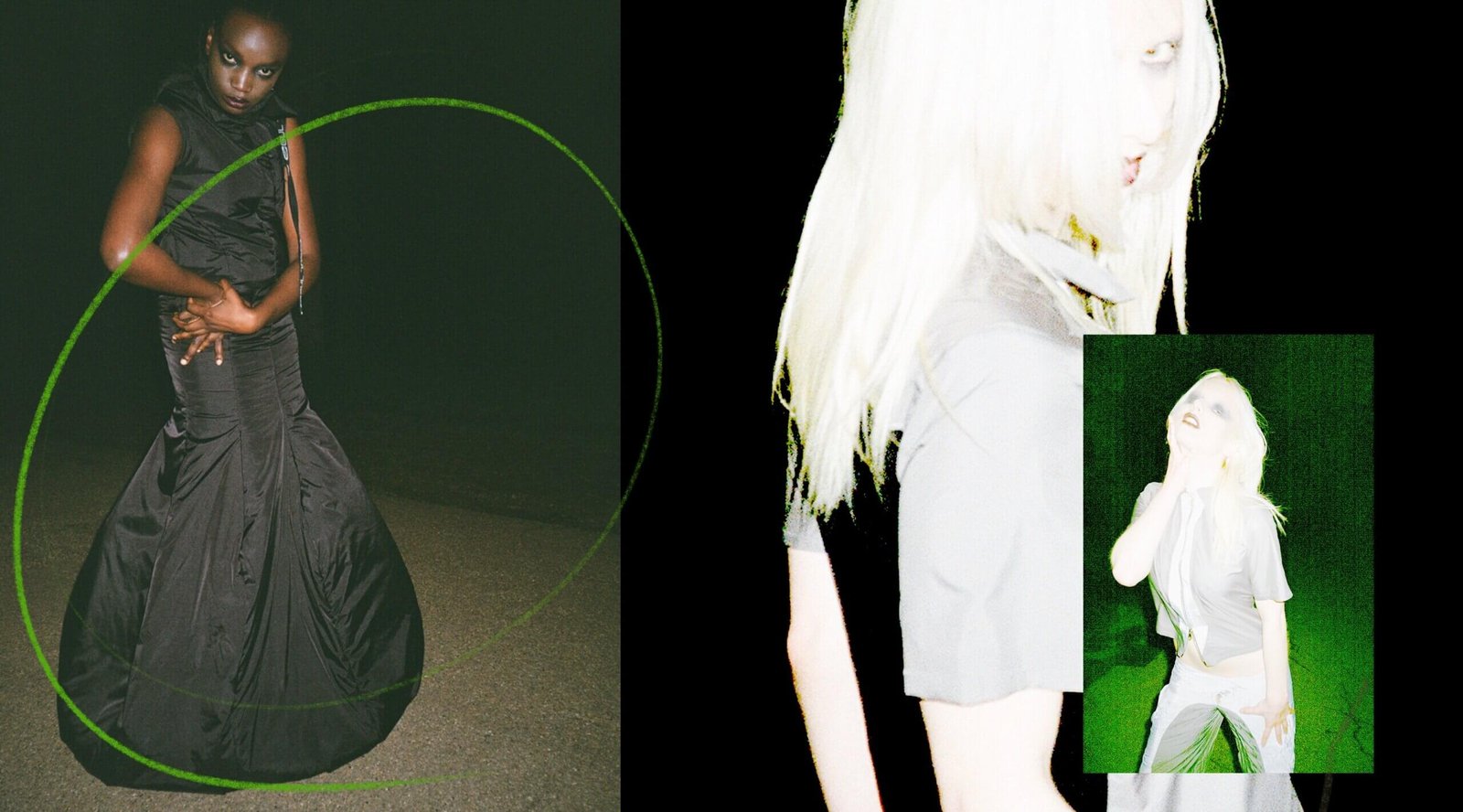 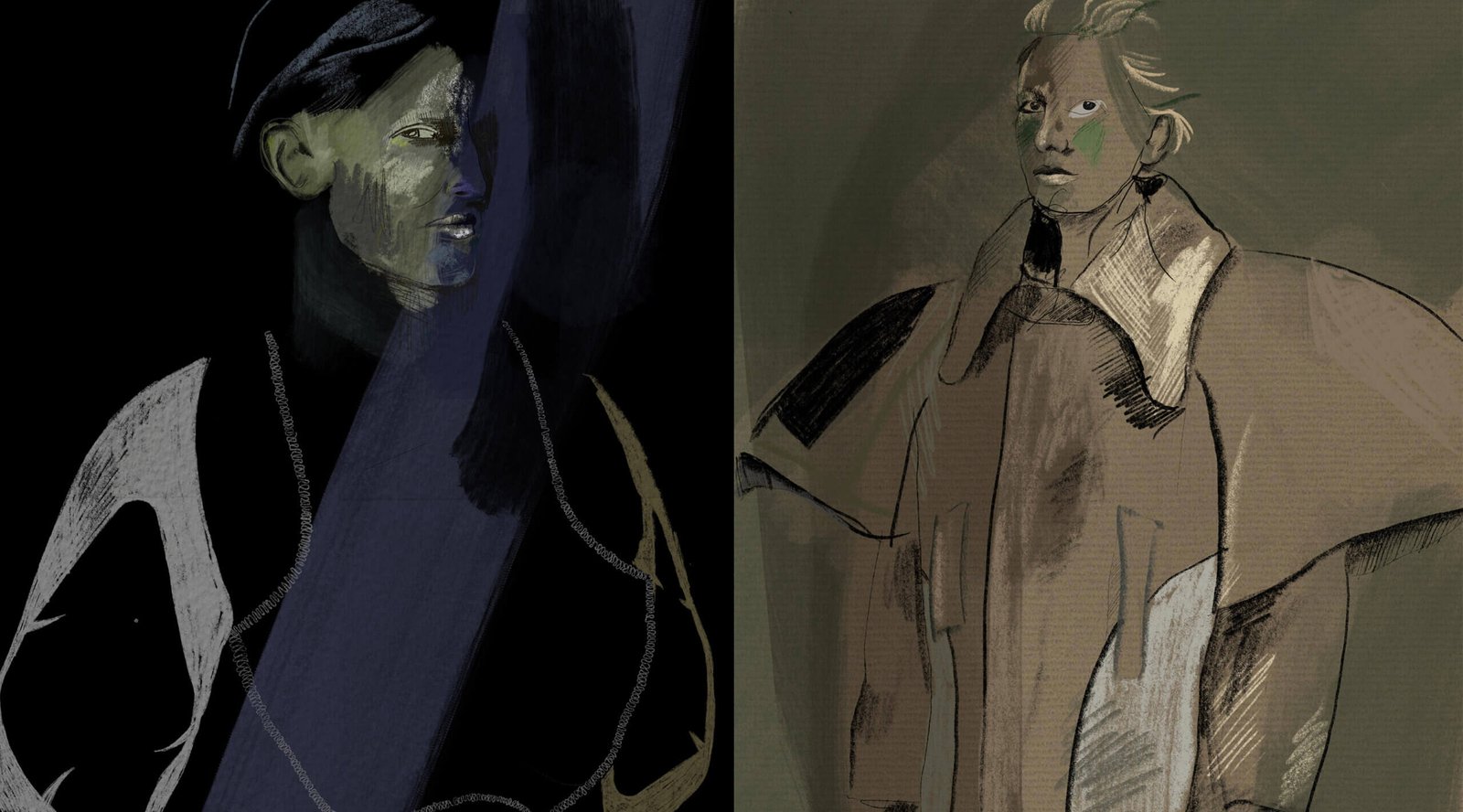 ‘Originally I came to this concept because I’m just really scared of the dark,’ laughs Tyler Godfrey, self-deprecatingly. The BA Fashion Womenswear Designer’s final collection emerged from the depths of the abyss, inspired by the abstract notion of the obscure and the fear which rises from it. ‘Life is like walking down a dark path. We light the way with a torch, but it leaves us vulnerable to what could jump out from the periphery,’ he explains. ‘The world is so unclear: Our future, life, it’s all a scary surprise.’

In exploring themes of nyctophobia, Godfrey thought back to childhood fishing trips with his grandfather, taking inspiration from the excitement he would feel at not knowing what might be on the other end of his line as it surfaced. Finding a parallel between those formative experiences and the unpredictability of the pandemic, Godfrey sees the ocean as a physical representation of the wide expanse of the unknown. Mysterious creatures materialise from the depths as bright flashes of silver, white, and aquamarine throughout a collection that’s as versatile as it is deep. Taking reference from utilitarian fishing and diving garments, Godfrey reimagined and repurposed wetsuits and raincoats as couture gowns, tailored suiting and modern tracksuits with otherworldly silhouettes, sleek finishes and an unexpected sensuality, fit for the fiercest of sea nymphs and the coolest of fisherwomen.

Following graduation, Tyler Godfrey hopes to gain a design position at a fashion house, where he can employ his vast experience from placement year.