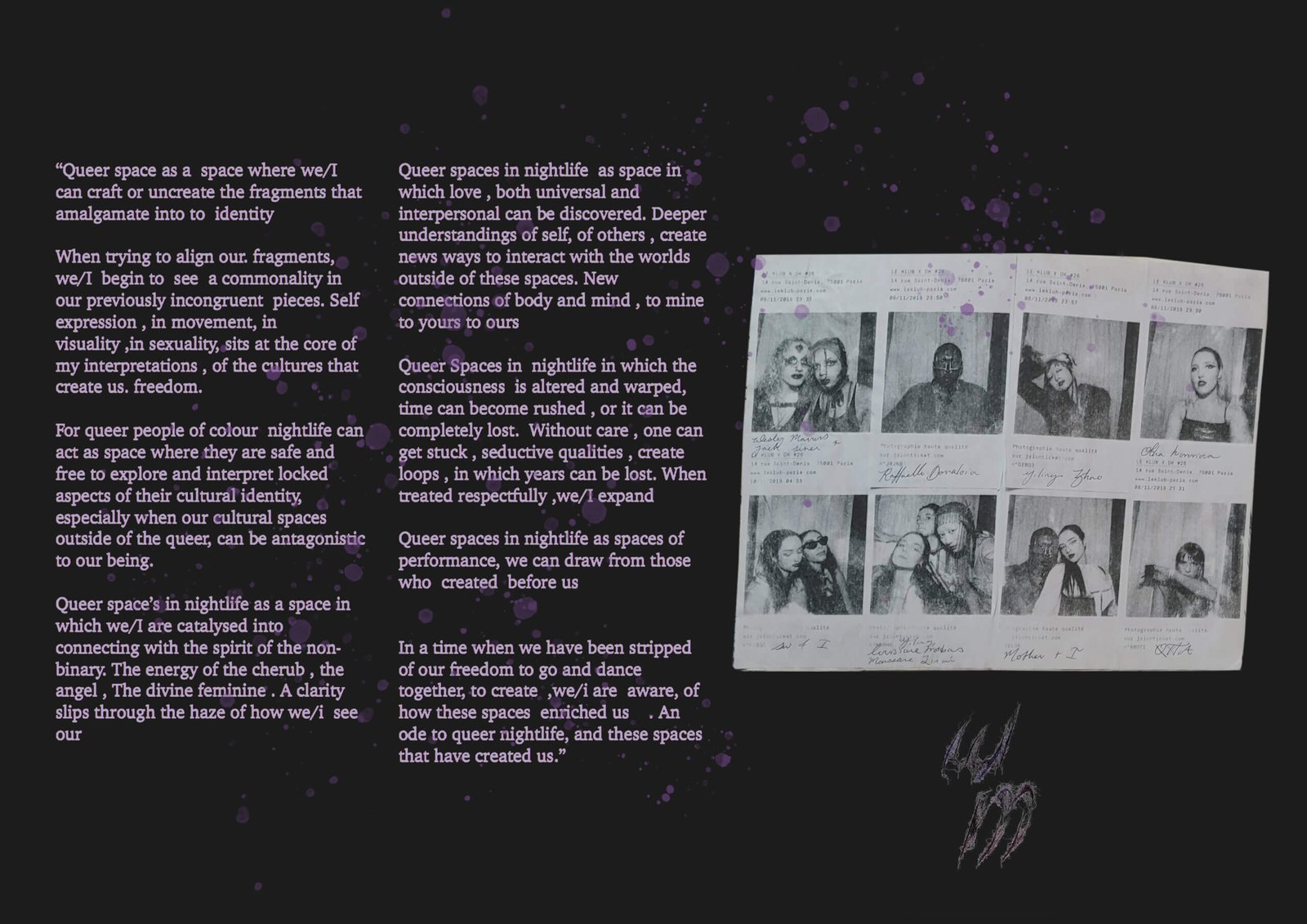 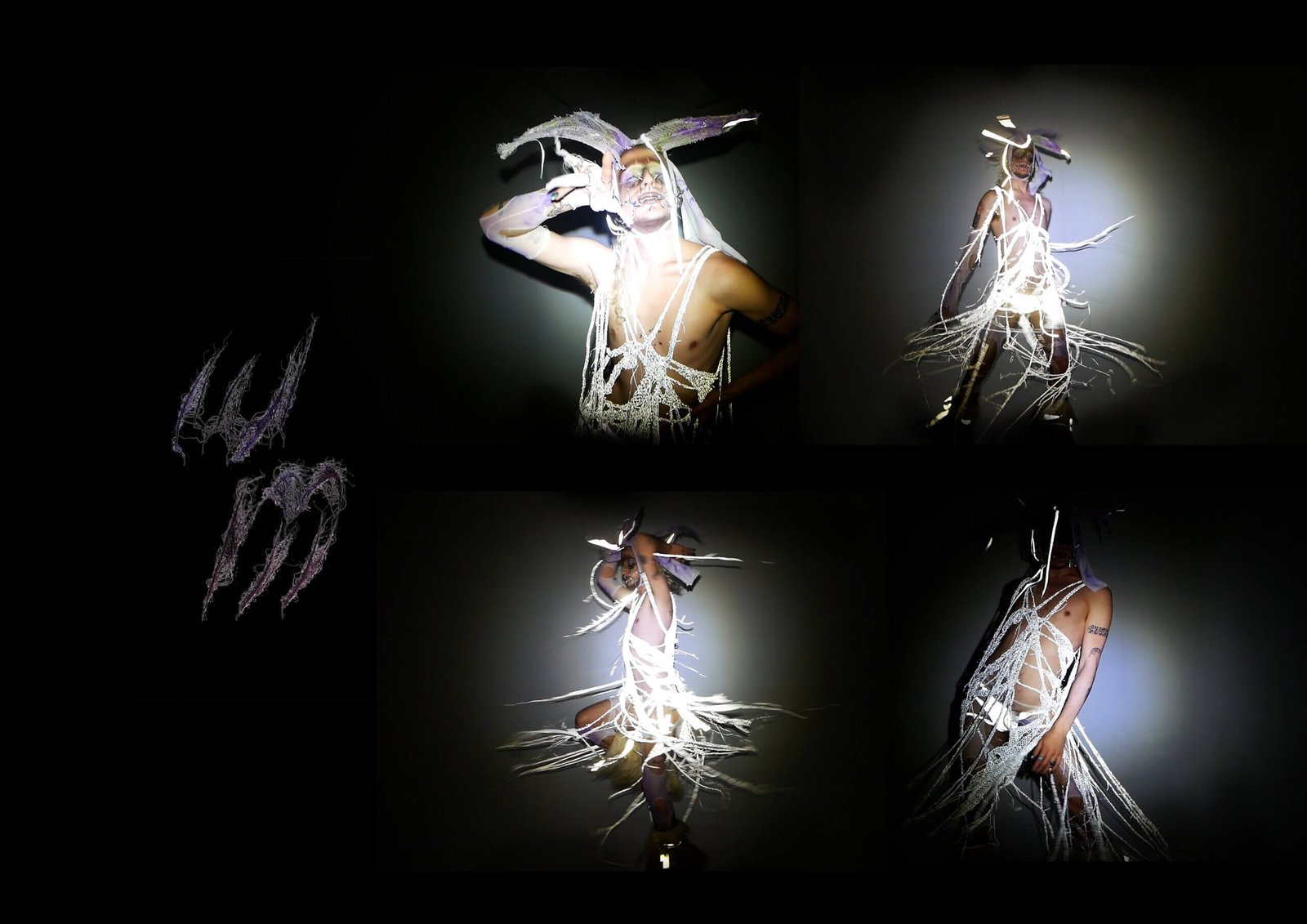 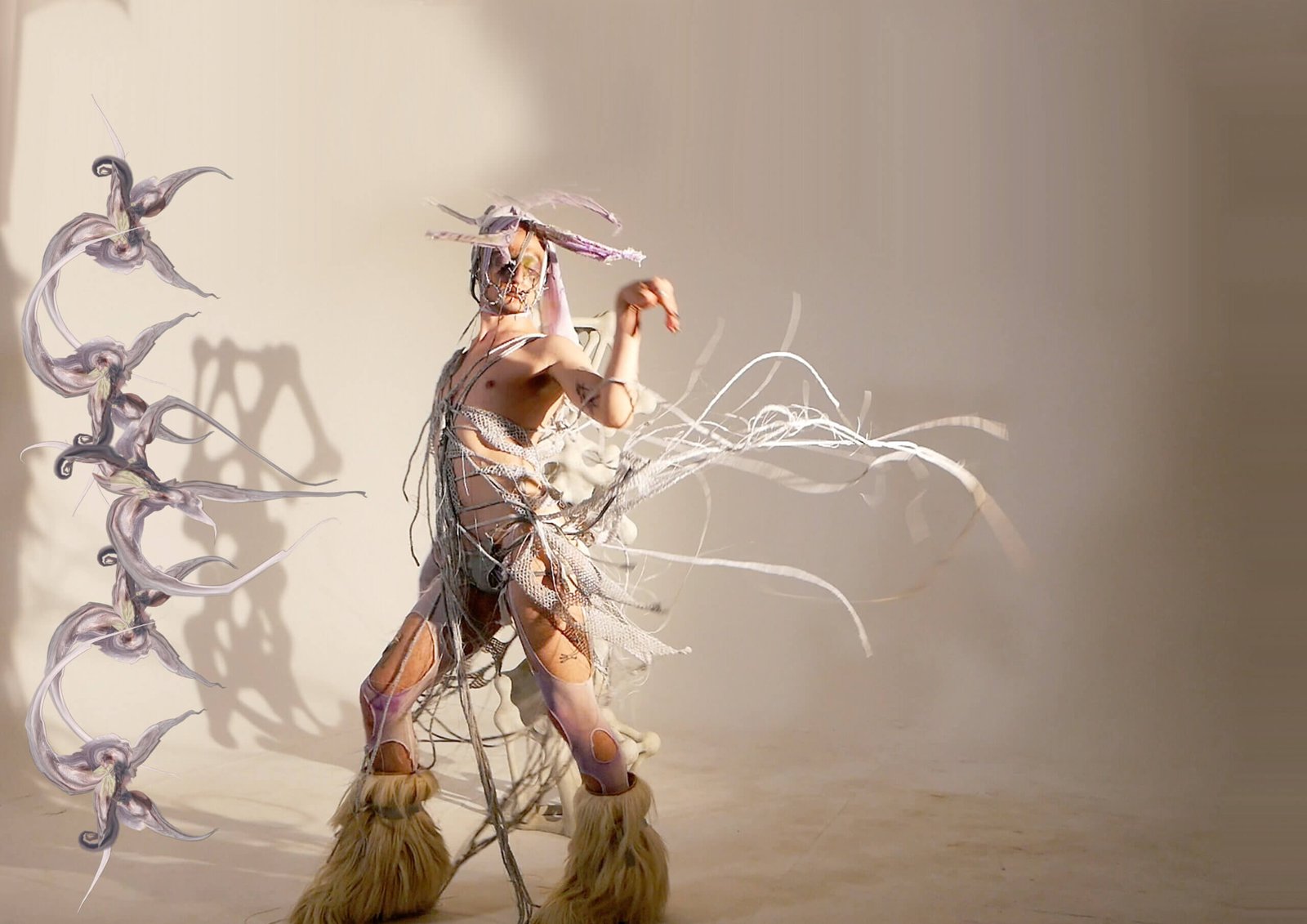 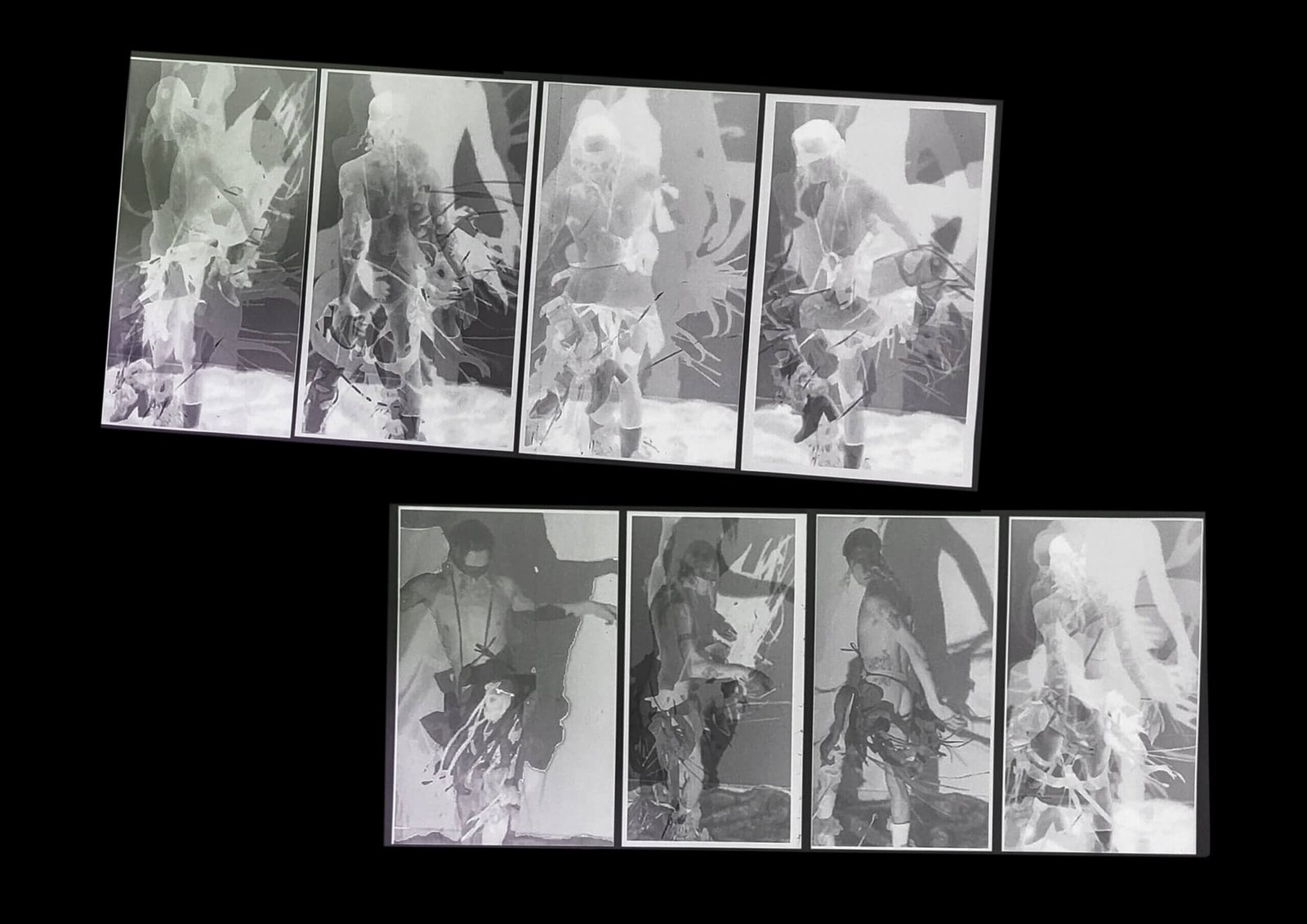 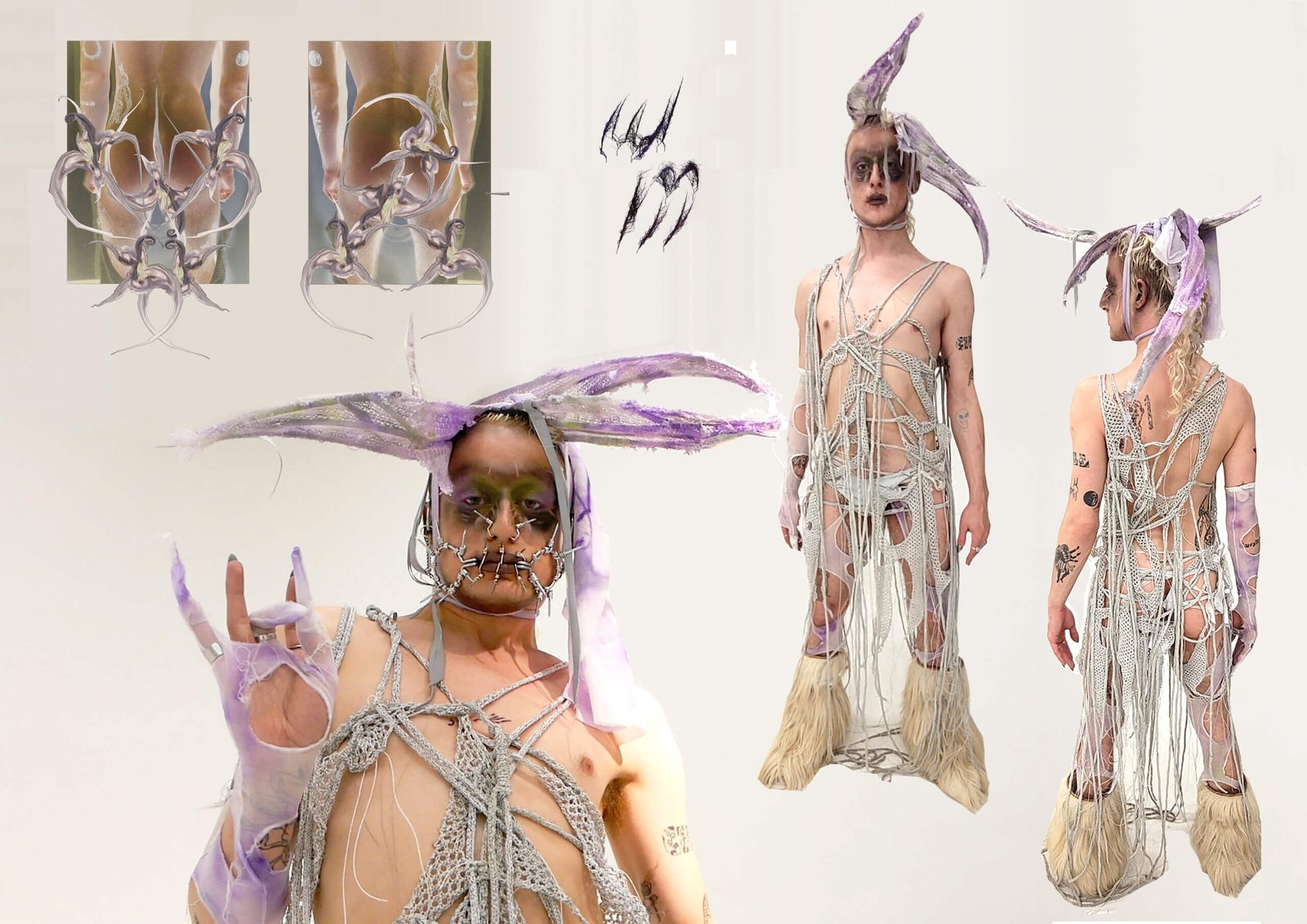 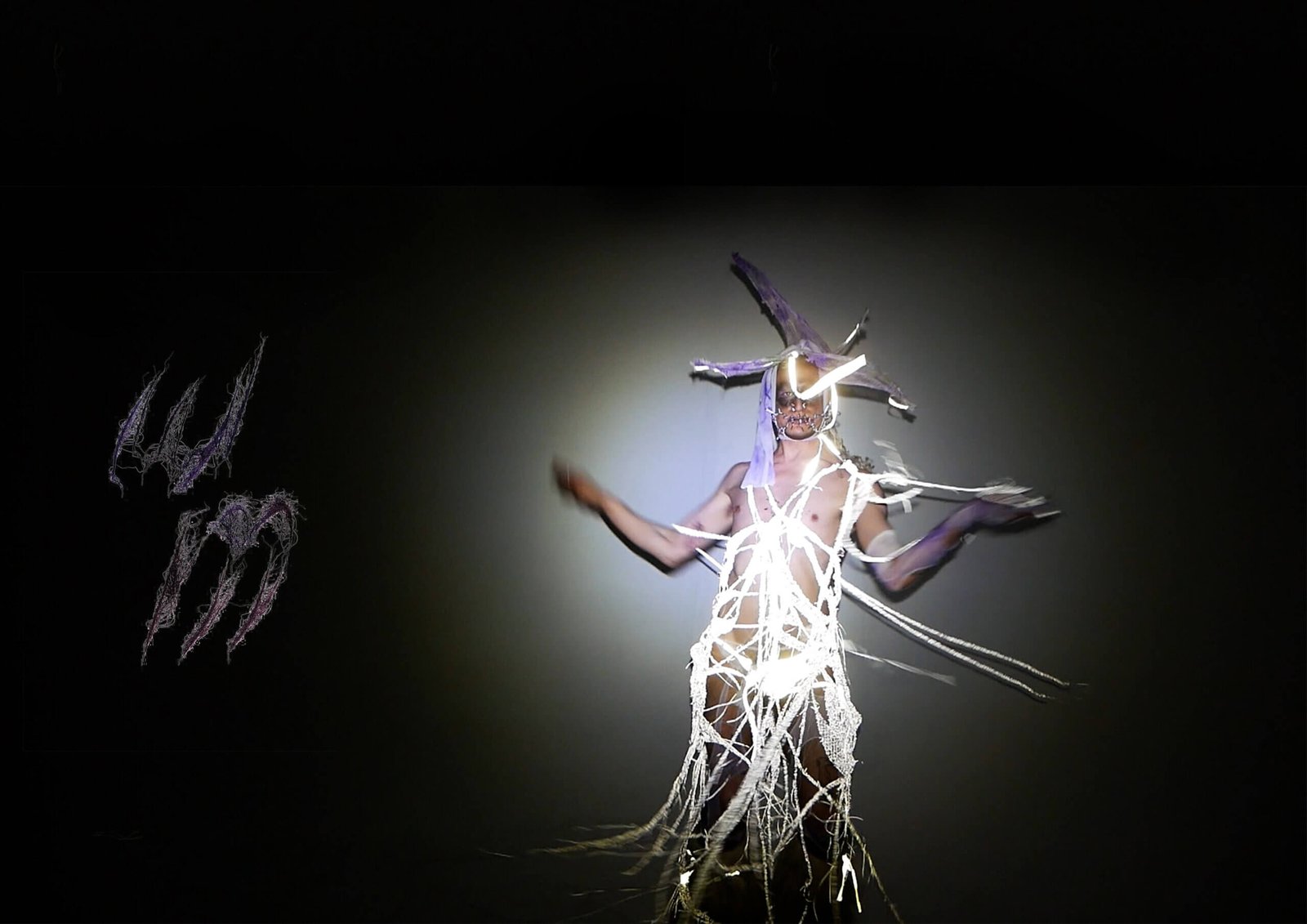 ‘I’ve tried to expose the joy of getting dressed and creating yourself in a new image every time you do it,’ says Wesley Manners. The Leeds-born, half-Welsh half-Caribbean designer creates sexy, subversive, body-exposing garments influenced by London’s queer scene. ‘For queer people of colour, nightlife can act as a space where they are safe and free to explore and interpret locked aspects of their cultural identity. You’re catalysed into connecting with the spirit of the non-binary.’

Their final collection, made largely from yarn found on the street, features web-like structures inspired by their background in performance art. On their year out, Manners worked with friends who run London club night Orpheus, designing costumes for performance artist MÉTARAPH.

After graduation they will take their design commissions further as well as working to create physical spaces for young designers to market their work. ‘My ideas and way of thinking comes from the life I’ve lived in London whilst I’ve been at Central Saint Martins and people that I’ve met out and about – I’m making clothes that I know my community want to wear.’