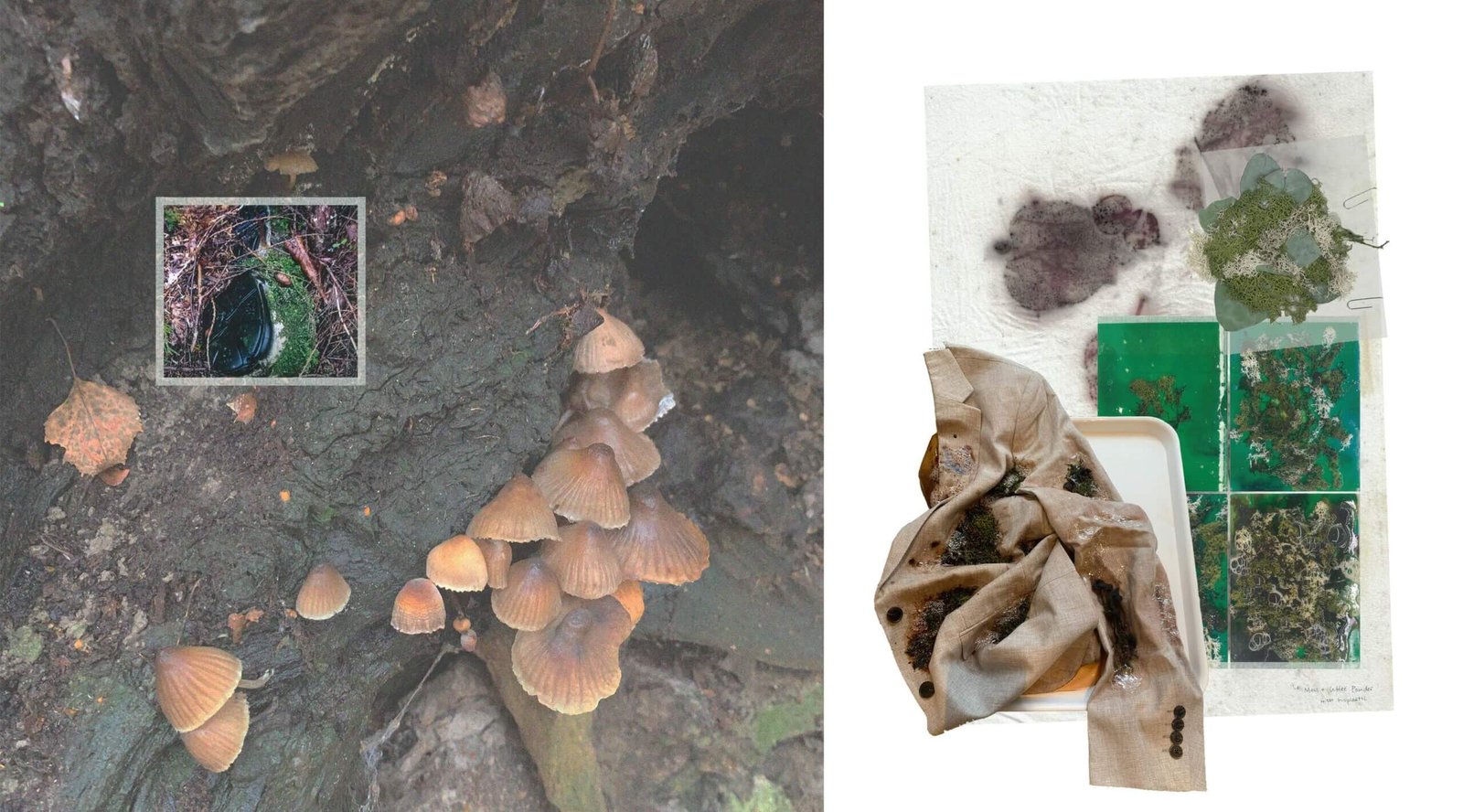 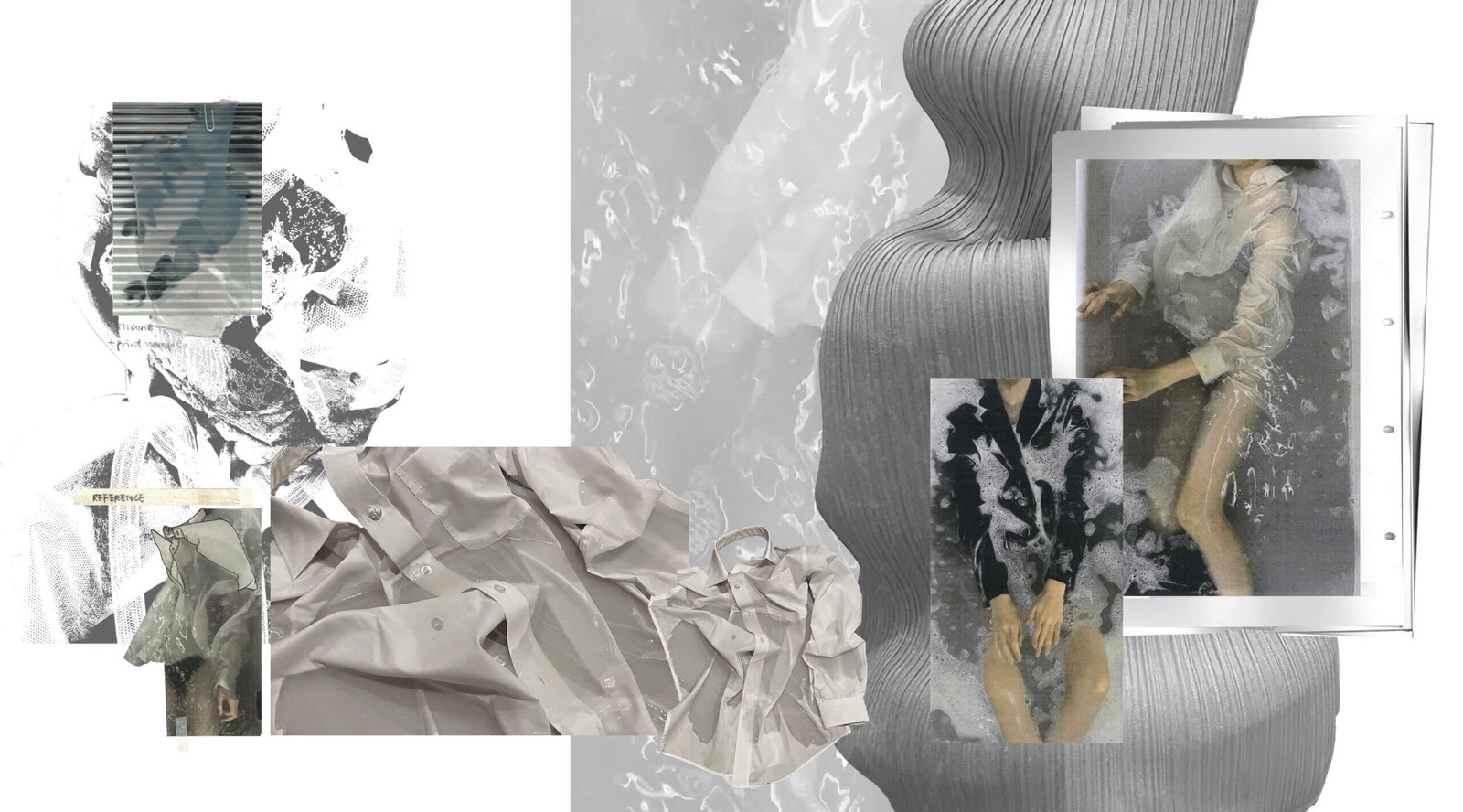 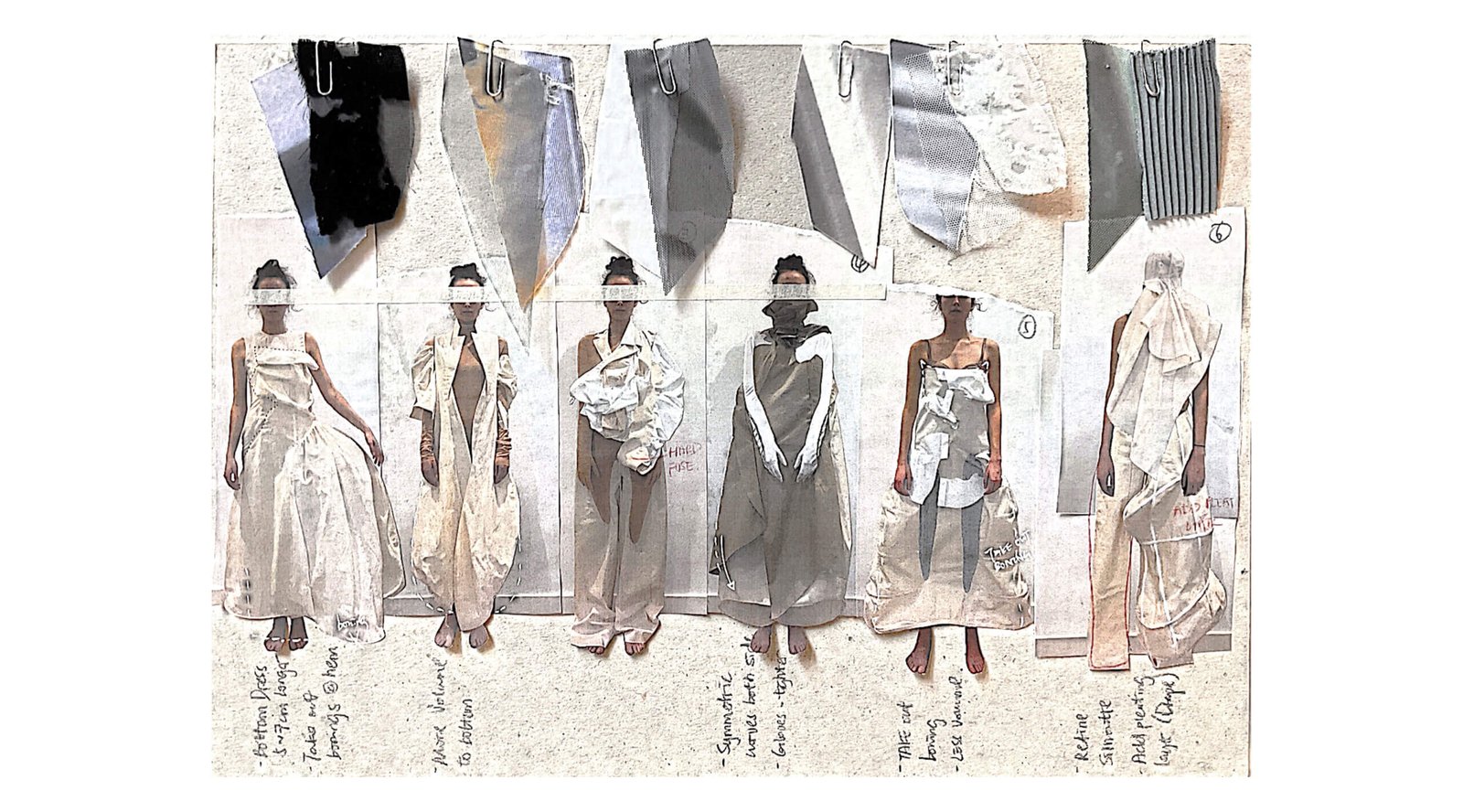 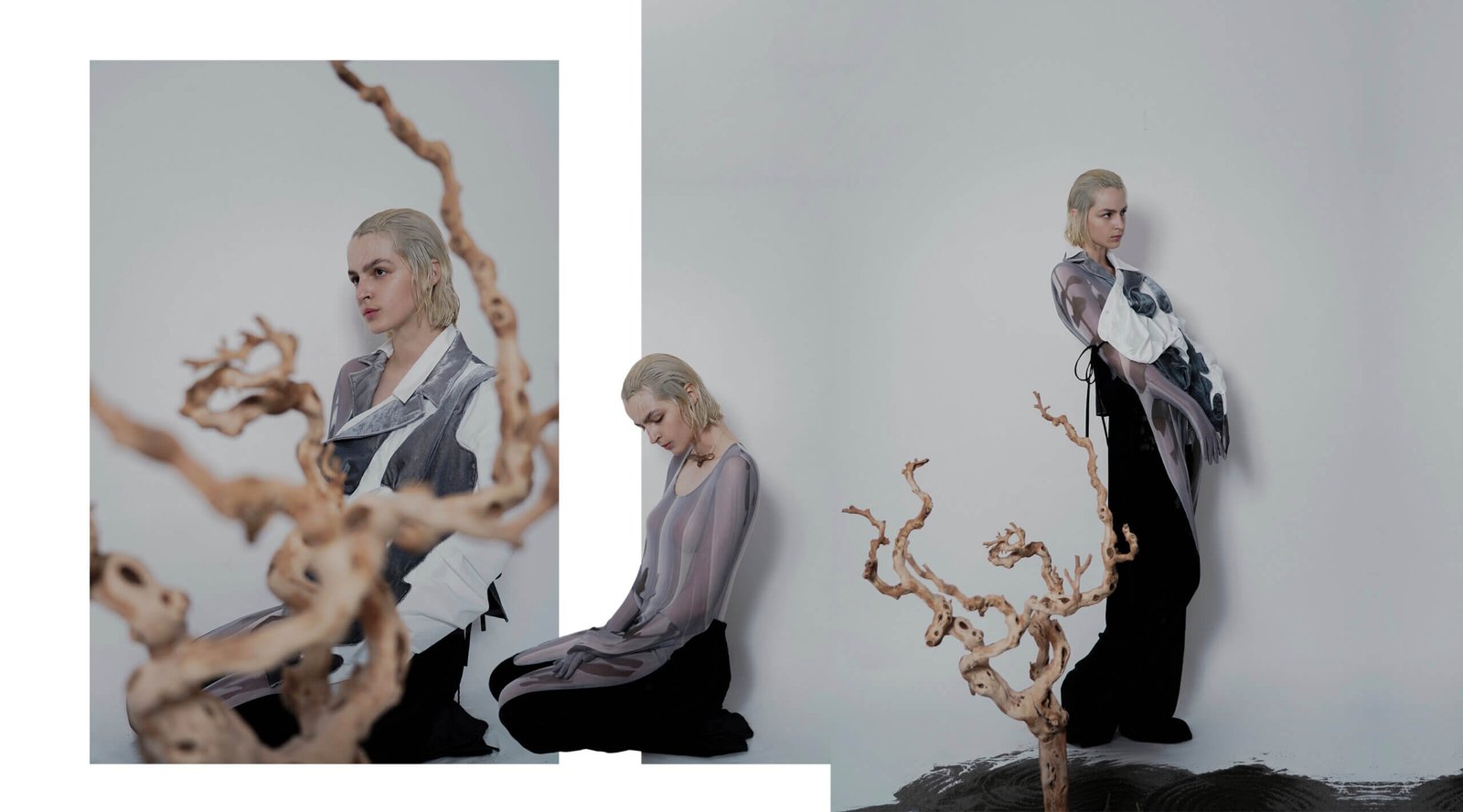 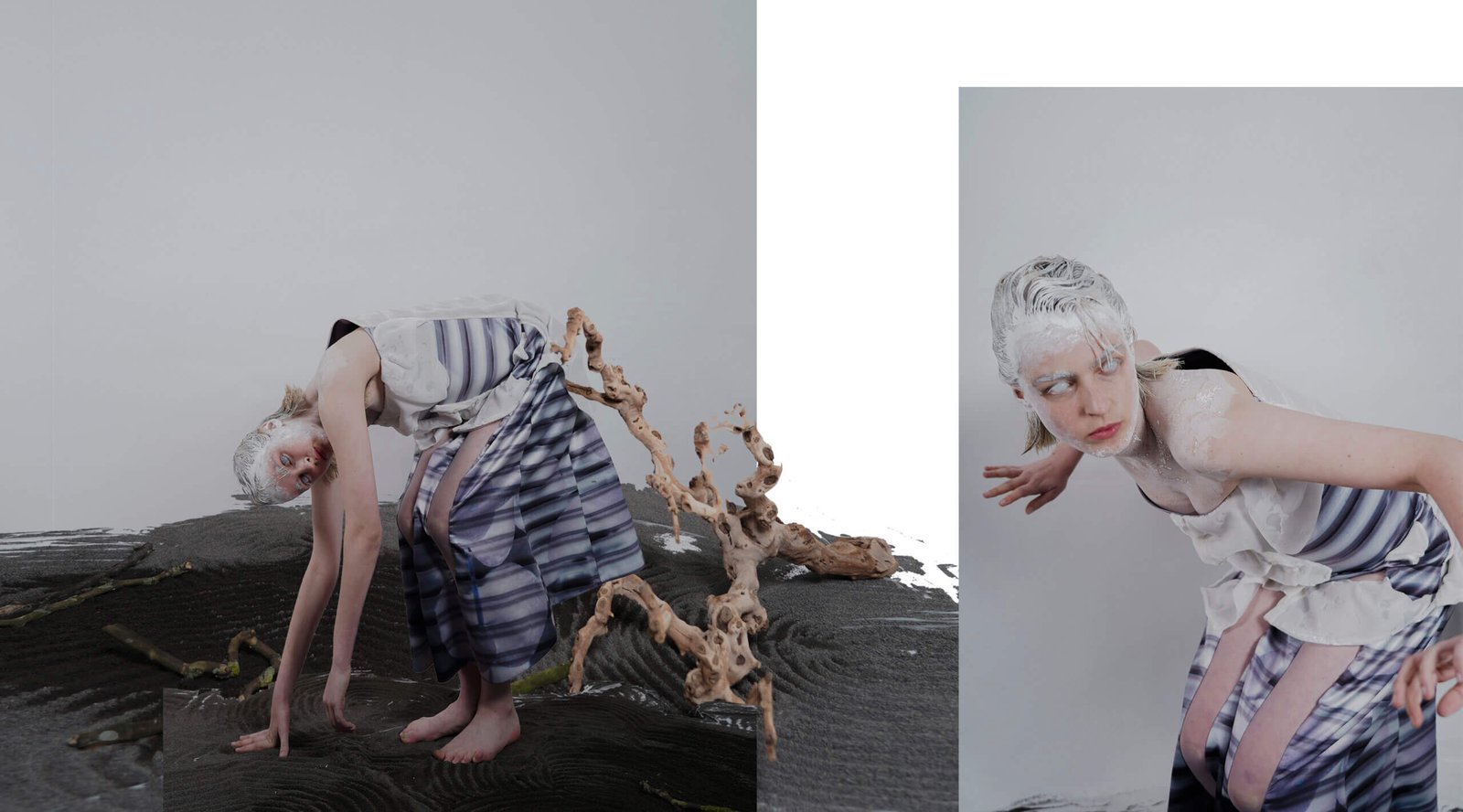 Womenswear designer Zixuan Wang’s final collection took inspiration from Kenji Chiga’s The Suicide Boom, a collection of photography and research surrounding the morbid, media-fuelled popularity of suicide among young people in Japan. ‘I would like to send a message of strength and positivity through this collection,’ says Wang, who looked to the documentary Saving 10,000: Winning a War on Suicide in Japan, as well as the infamous Aokigahara Sea of Trees and Yateng’s photography collection Crinkled Fog for research on the social phenomenon.

Wang’s silhouette and print designs emerged in response to ‘the distinctive feelings in the world of depression and the beautiful, formal changes of clothes on the body as it integrates into nature.’ Waistlines roll down around the hips, exaggerating elongated torsos, held close by neutral, earthy watercolour tones. In textile development, Wang’s attention was captured by the texture of a dissolvable fabric as it reacts to the skin and worked with a factory to create a custom devoré which could achieve a similar visual effect. It sits atop garments creating large, bubbling holes in a voluminous A-line dress, seemingly eating through it from inside out as mental illness so often does us.